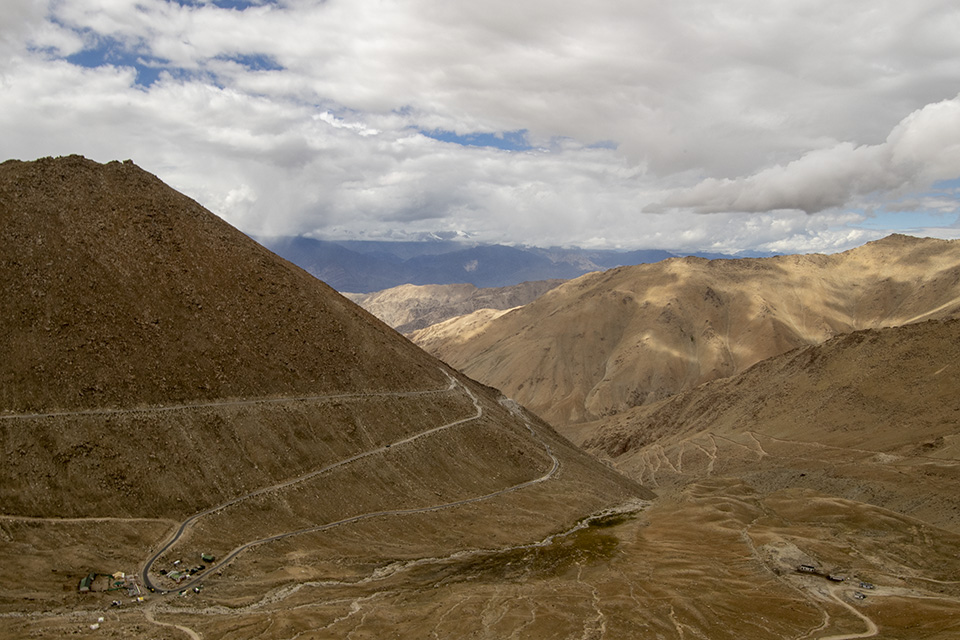 After spending a couple of days at the mesmerising Pangong Lake, it was time to head back to Leh, to make it in time for my maiden participation in the Ladakh Marathon, the highest Marathon in the AIMS calendar. We stopped at the viewpoint, where you get the first views of the Pangong Lake as you drive through the mountains.

We then made a brief stop at the popular Changla Pass – claimed to be the second-highest motor-able pass in the world, pausing to take a couple of pictures before we headed down towards Leh.

The infamous Changla Pass and the drive from there to Leh is considered pretty dangerous given that it is avalanche zone all the way. Take a look at the muddy road that had been swept away at many places by the avalanches during the previous winter season.