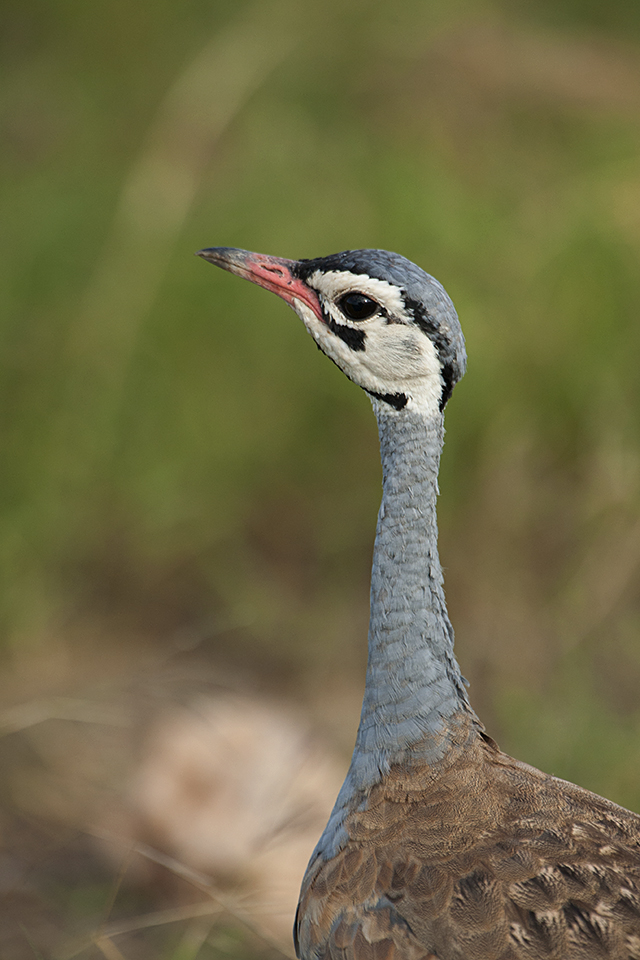 After the excitement of the initial sightings in Amboseli National Park, we settled into the game drive only to be stopped in our tracks by a White-bellied Bustard that was crossing the road. We captured it as the feature image of this post. We saw a cloud of dust in the distance and Joseph (our driver and naturalist) pointed out that it was a herd of African Elephants. We quickly got to the location. But by then there were a few tourist vehicles that were parked between us and the African Elephants. The herd decided to cross the road a little ahead between two other vehicles and we got the following series of pictures before they were out of the camera’s reach. 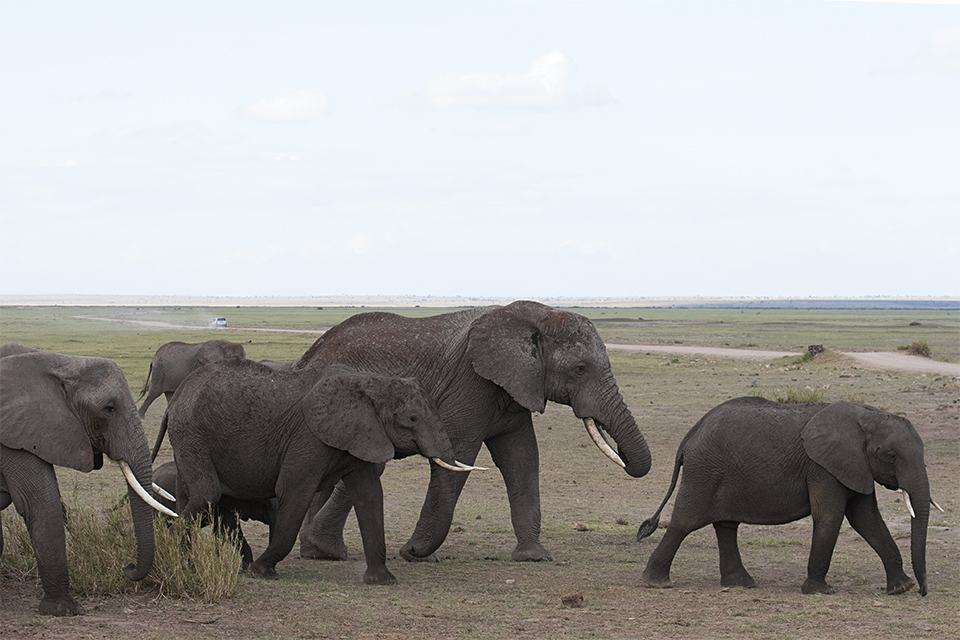 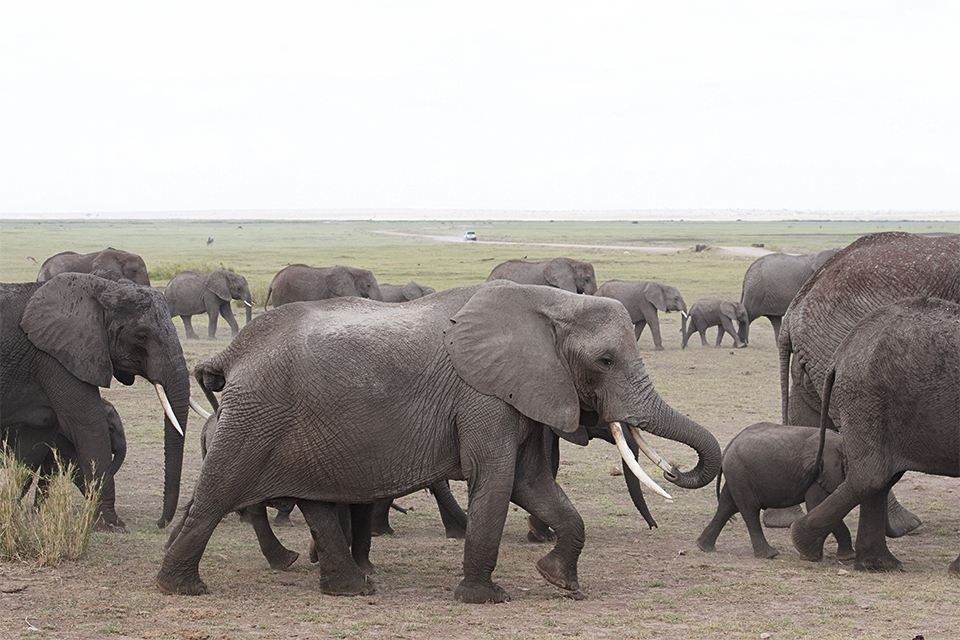 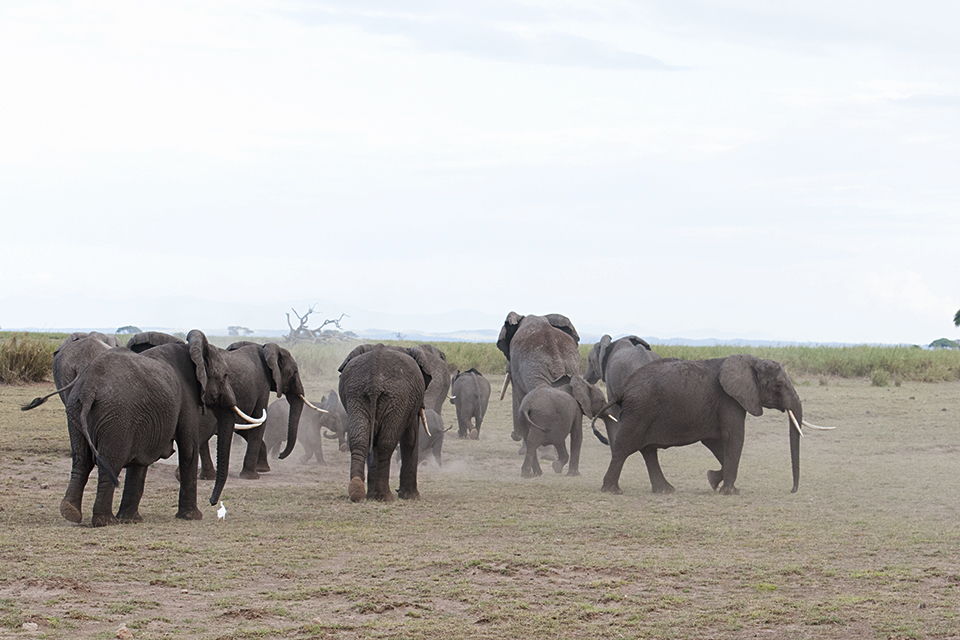 Once the herd crossed the road, they got a little more comfortable as evidenced by their slowing pace of walking. As the Elephants moved away, we drove ahead only to be stopped once again by a handsome Black-bellied Bustard. The Black-bellied Bustard paused for a few seconds and we captured it in a full frame composition. 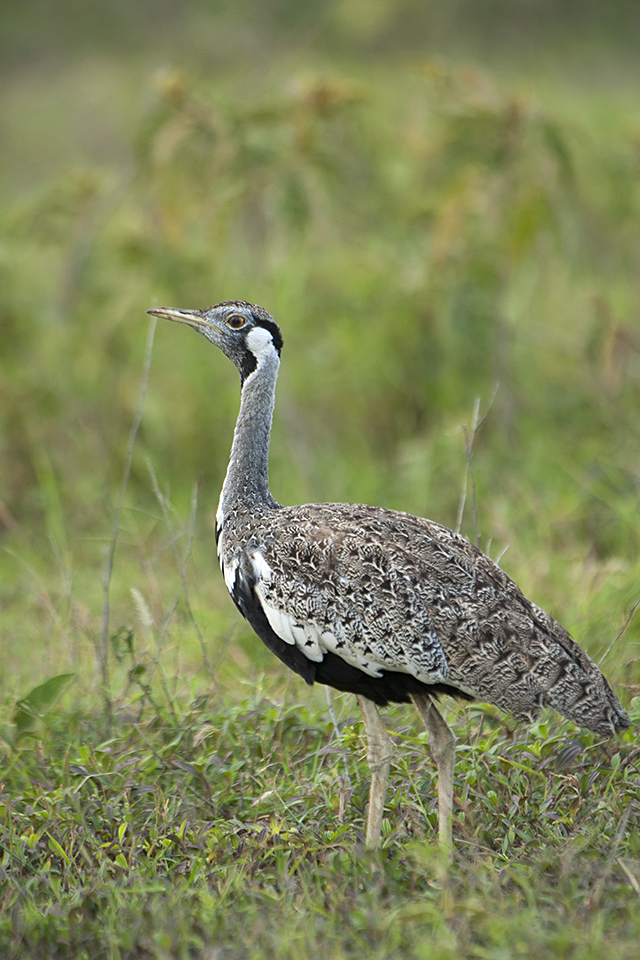 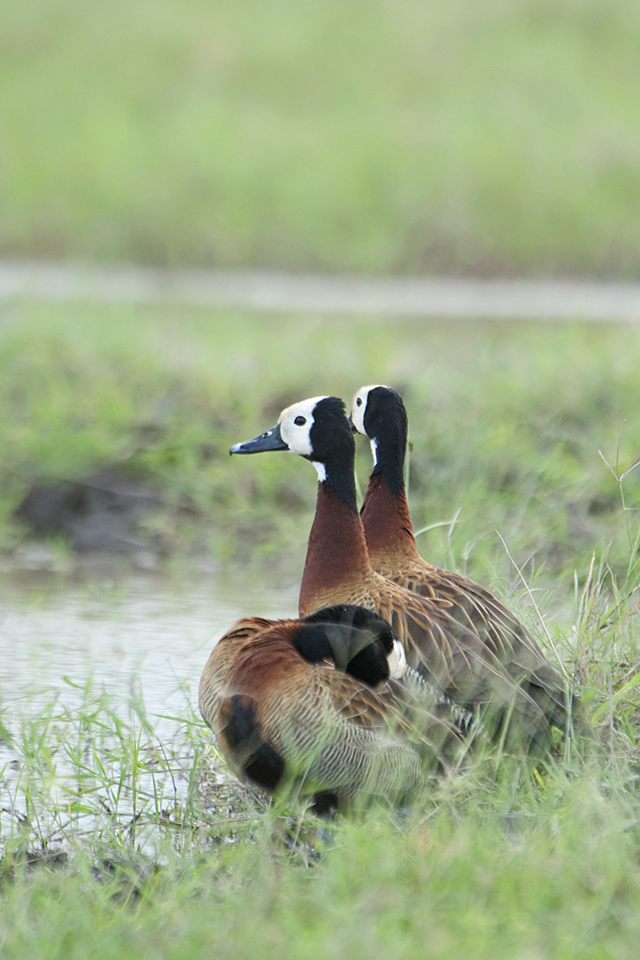 We also saw a small flock of White-faced Whistling Duck before we headed out to spot more African Elephants.