After observing and photographing the Bat-eared Foxes in Masai Mara, Kenya, we ventured further to another crossing point on the Mara river, where Emanuel spotted a massive African Elephant. He thought this Tusker might cross the river giving us a good photo opportunity. We waited for a few minutes. However, this Elephant did not seem to be in any urgency to cross. A couple of minutes later we heard another Elephant trumpeting close-by before it came into view. This was a juvenile running behind its mother or aunt as it approached the river. 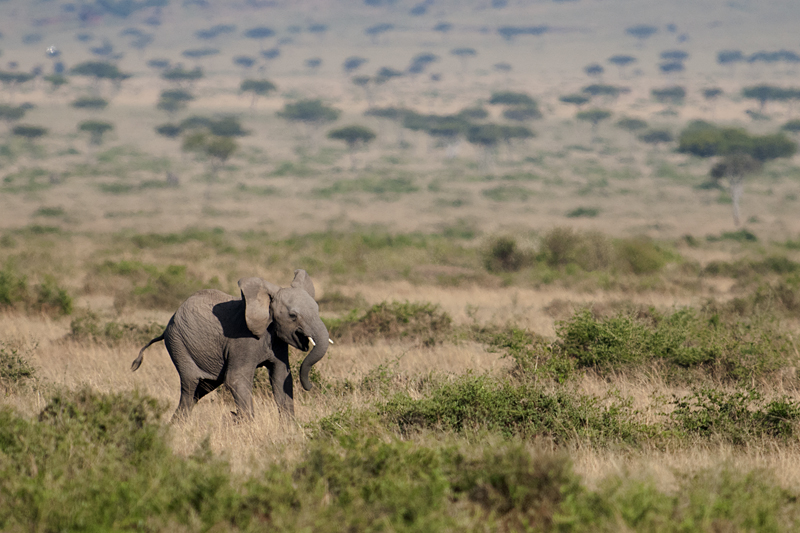 That is when we realized that there should be a herd of Elephants around somewhere, most of whom would have already crossed the Mara river. And these two Elephants (Juvenile and a adult female) were the last ones yet to cross. Wild animals do not necessarily play by your rules and what we witnessed next is something we will remember for a long time.

The Tusker that we first spotted was foraging and was following the herd. At the same time it had been maintaining a safe distance and that is why had not crossed the river. The first one to enter the water was the excited juvenile that had came trumpeting, maybe worried that it might get left behind.  As it entered the water, it first drank some water and then started crossing the river slowly. When it reached the middle of the river, it spotted a pod of hippos that were lazing around there. Once the Hippos spotted the juvenile Elephant they started approaching it. As this happened, the juvenile Elephant panicked, turned around and went back to the edge of the water. 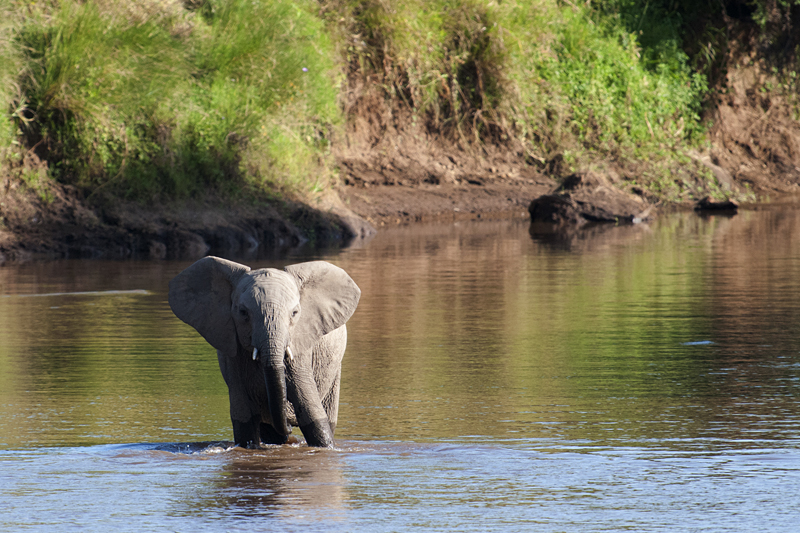 Seeing the commotion, yet another female Elephant came charging from the opposite bank. She should have been part of the herd that had crossed over but re-entered the river in haste. 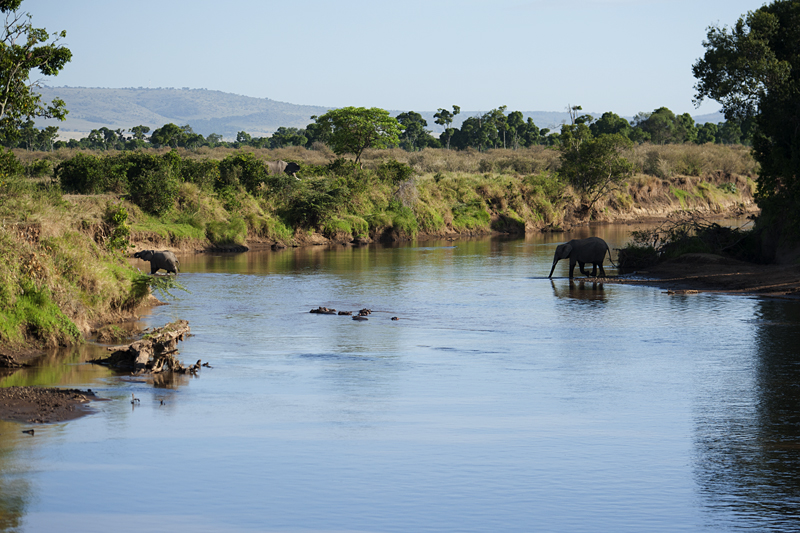 It crossed the entire width of the river and reached the distraught juvenile. For the first time in our lives we actually saw two adult Elephant communicating with each other on what looked like a discussion on what to do next. 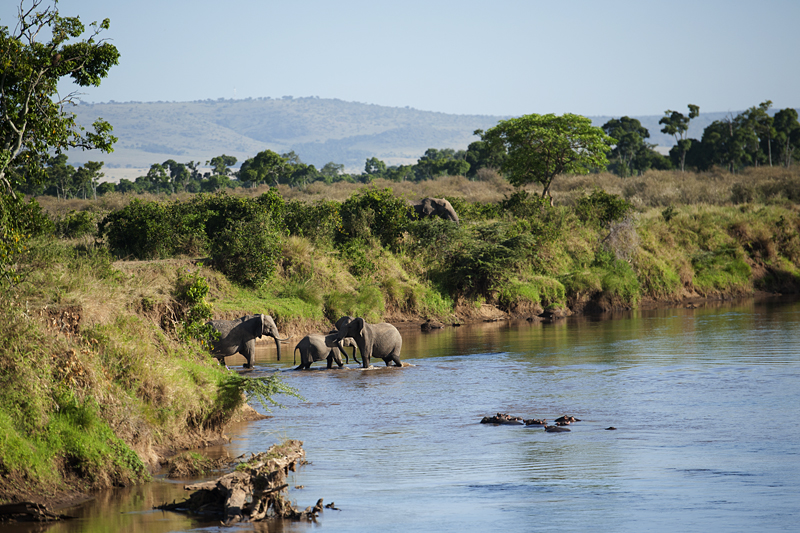 Once they reached an agreement, they first comforted the juvenile and calmed it down. After they were satisfied that the juvenile would not panic, they escorted it across the river. While crossing, they stopped and gestured at the Hippos and then continued till they reached the other bank safely. It was an awesome wildlife experience to see the adult Elephants interacting in this manner showing their care for the young members of the family. It was also incredible to see how the male Elephant had absolutely no role in this whole experience. 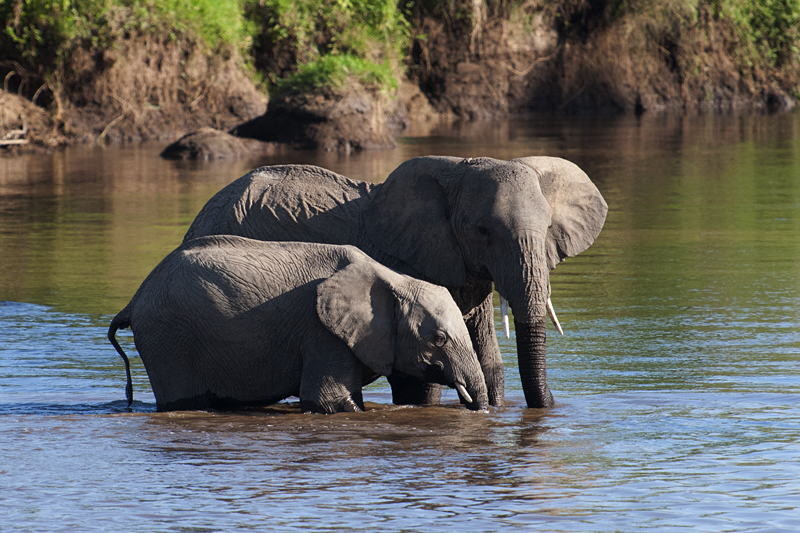 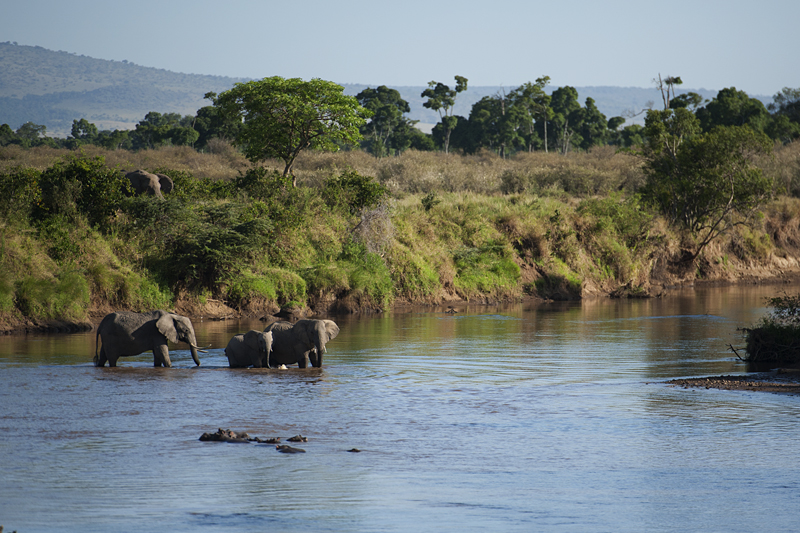