African Lions at a community breakfast in Masai Mara 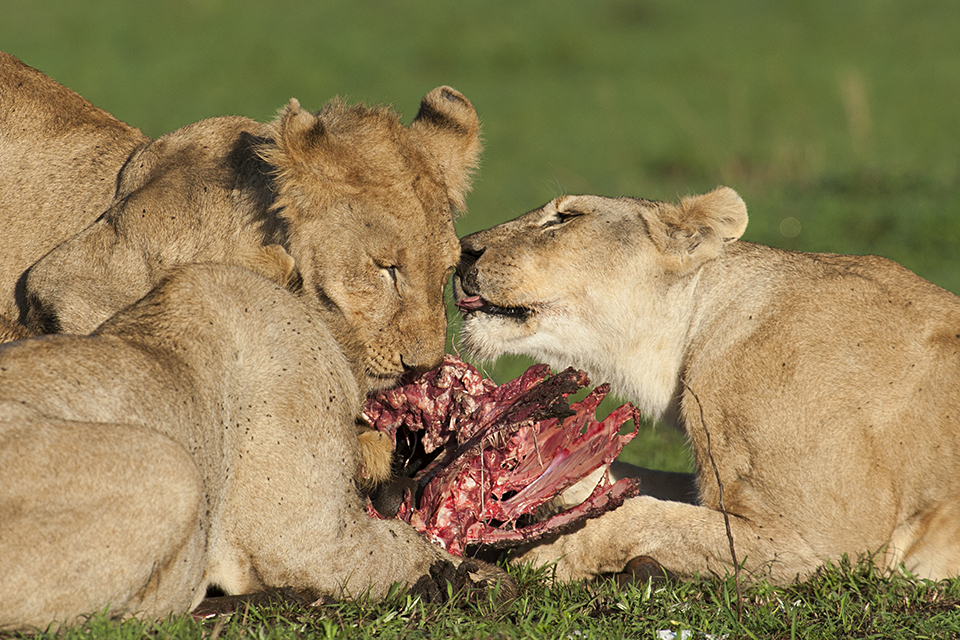 The Pride of Lions that were feeding on the Wildebeest kill were hell-bent in ensuing that every single strand of flesh was stripped from the bones before leaving the carcass for the Jackals, Hyenas and Vultures, who were eagerly waiting for the Lions to leave. I once again zoomed into the kill to capture some frame filling compositions of the Lion behavior as they went about their breakfast. 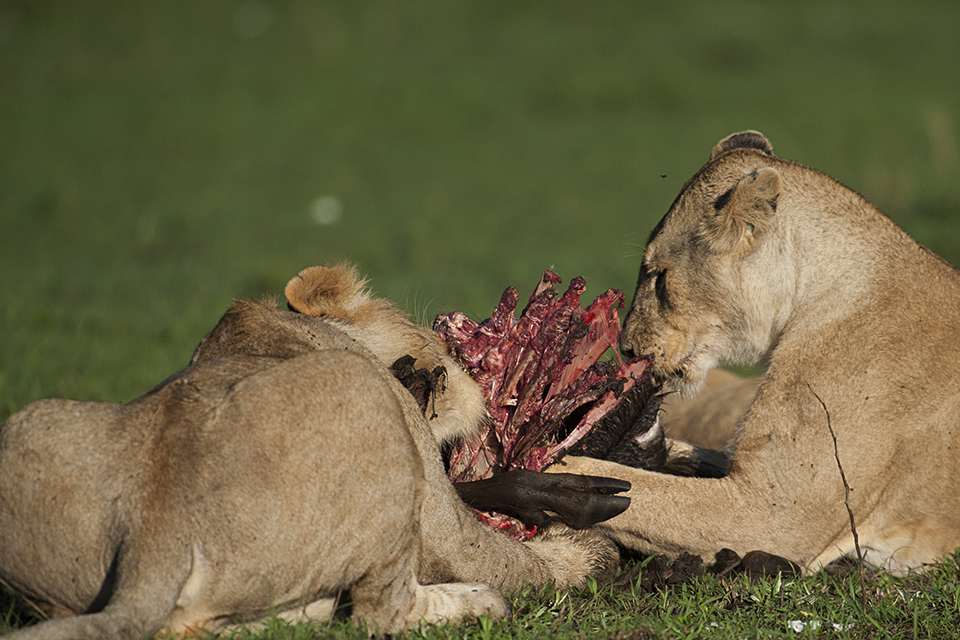 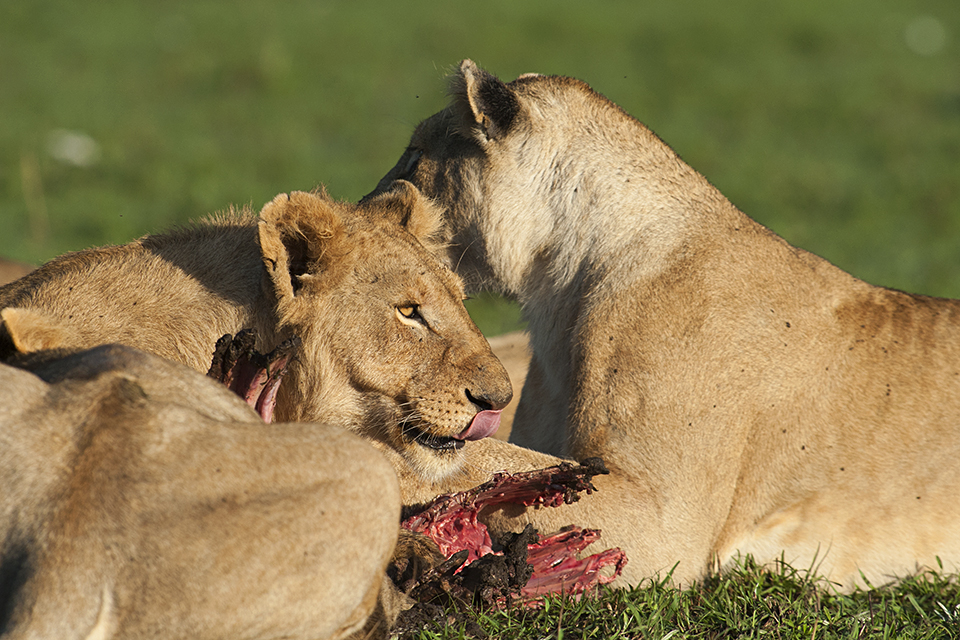 I singled out this sub-adult Lion as it was licking its lips and also glaring at the Hyenas that were waiting at a fair distance for the Lions to leave something behind for them. There were atleast 2-3 Lions feeding on the carcass at any given point in time and that was good enough warning for the Hyenas and Jackals to keep their distance. 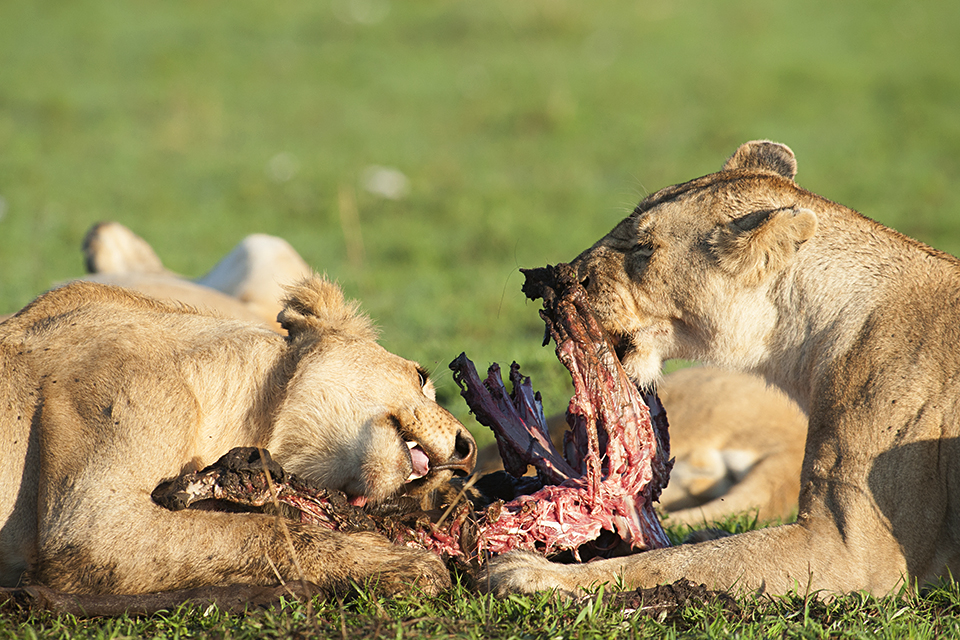 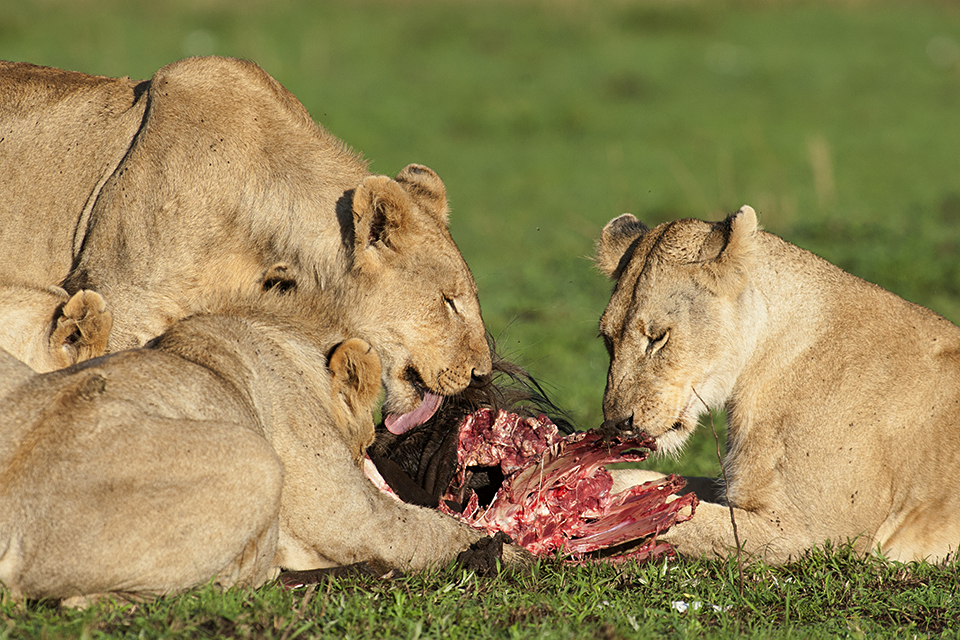 Even thought most of the Lions had had their fill, every now and then one of the sleeping members would come by the carcass and take a dig at it. That behavior was obviously not welcome by the members who still hadn’t had their full quota of breakfast. 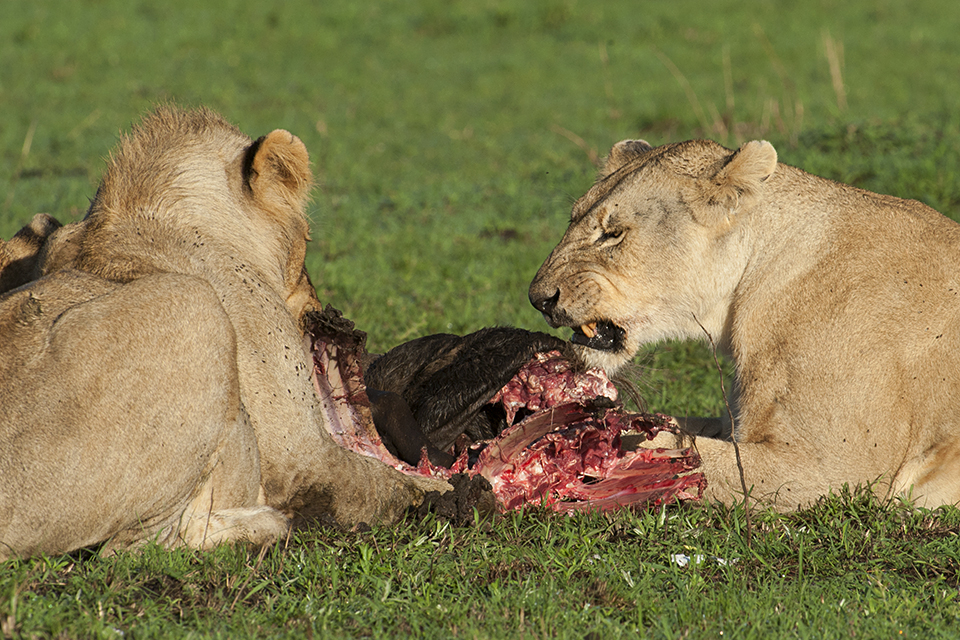