Both the African Lions, featured in the previous post, abruptly woke up and the dominant one had his back to us with his ears intently listening as captured in the feature (above) image. He then turned around to look in the direction of a nearby waterhole (below). We tried to figure out what was bothering these Lions. 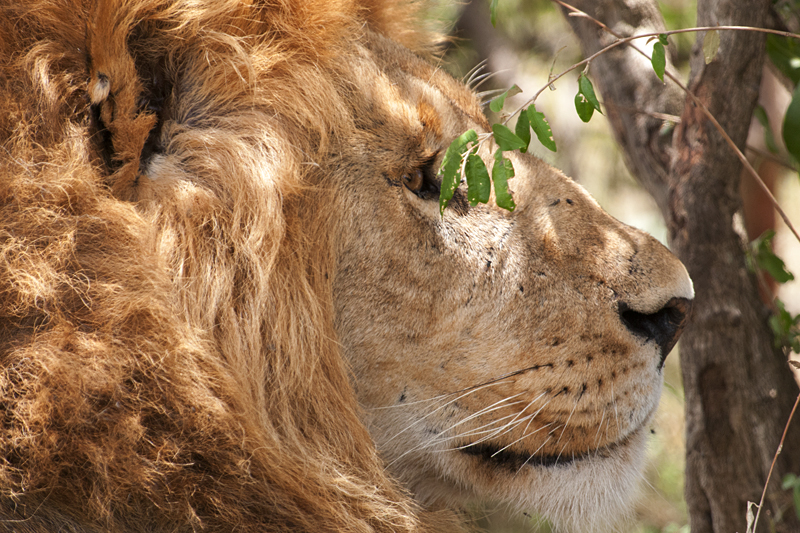 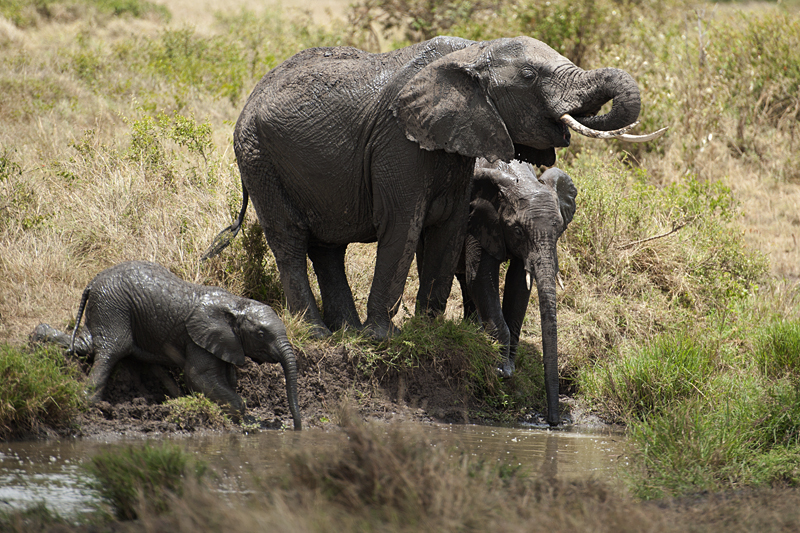 The answer revealed itself soon enough. It was a small herd of African Elephants. The passing herd had come to the waterhole to quench their thirst and their proximity was unsettling the Lions. Given how close the Lions were to the Elephants, we were sure that the Elephants would soon spot them and rush to chase them away. 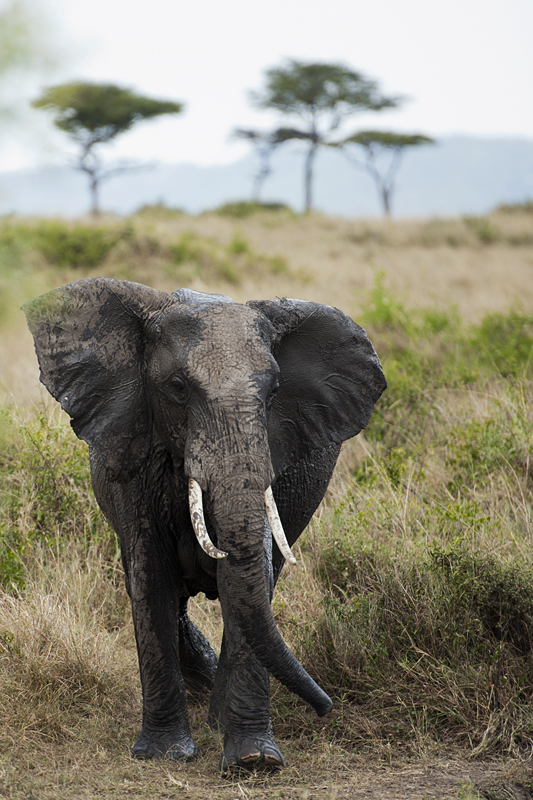 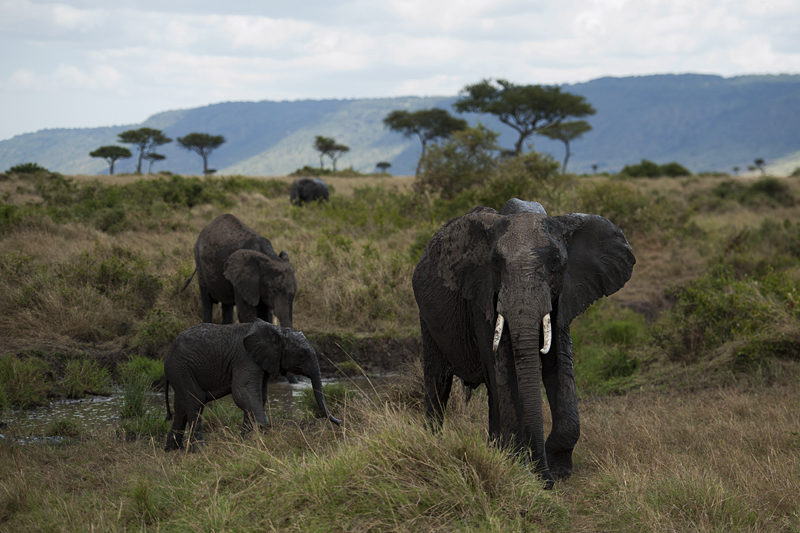 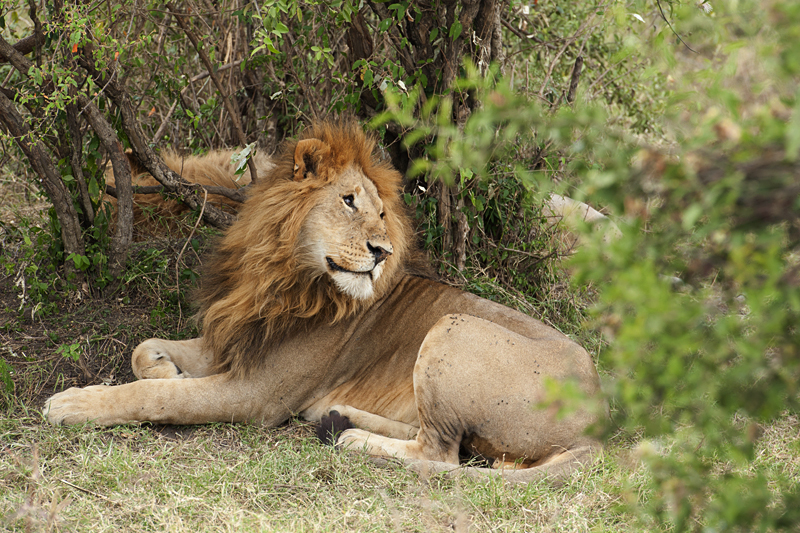 Fortunately for the Lions, they were perfectly camouflaged under that shrub and the Elephants did not catch their scent or see them.  At one time it looked like we were in the way of the Elephants and we wisely backed our vehicle to clear the path. But the Elephants retraced their path and went off in the other direction after having a drink. All the while the Lions were watchful (above) and every now and then skillfully shifted their position (below) around the shrub to keep their camouflage from being not blown. 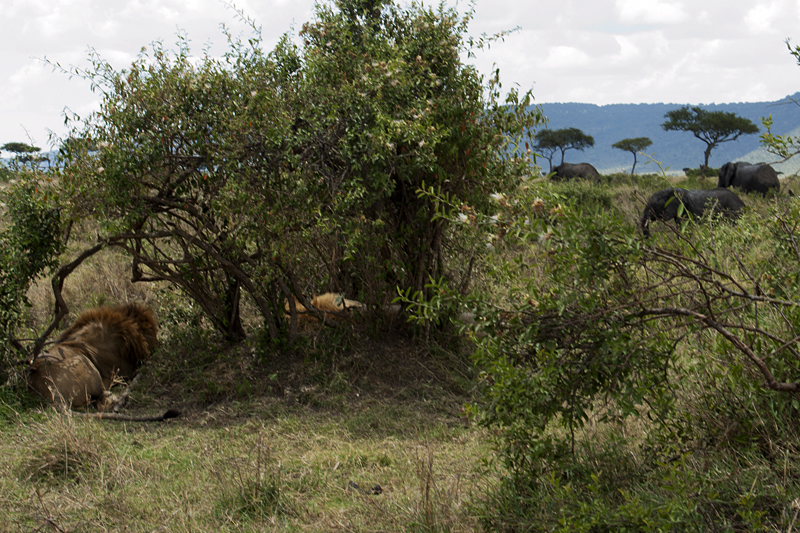 Once the Elephants disappeared into the Masai Mara Savannah, the Lions settled down. They gave me the opportunity for a few portraits (below) before they slipped back into their afternoon siesta. You can see another encounter between these two “Big 5” giants in Elephant on collision course with African Lions. 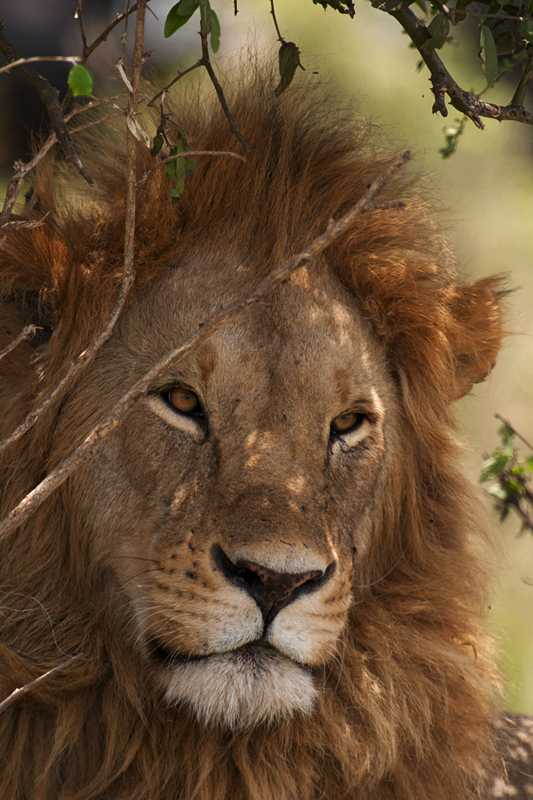