Amazing finale to the Cheetah brothers sighting in Maasai Mara 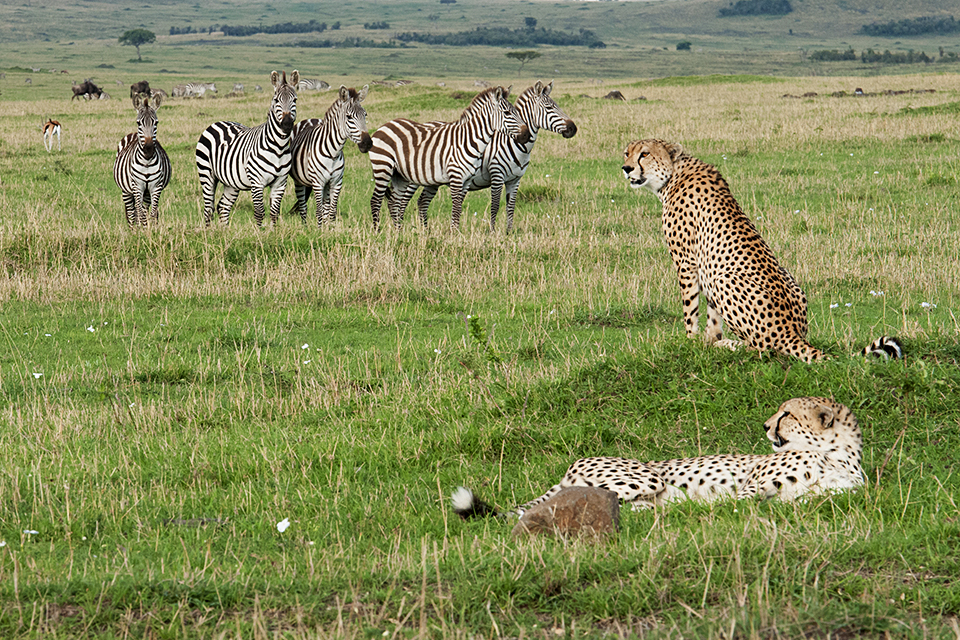 The Cheetah brothers who we had been following for a while made a grand exit into the Serengeti National Park, giving us an amazing photo opportunity, one last time. They settled down next to the tree that they had scent marked and one of started rolling in the grass while the other kept vigil. 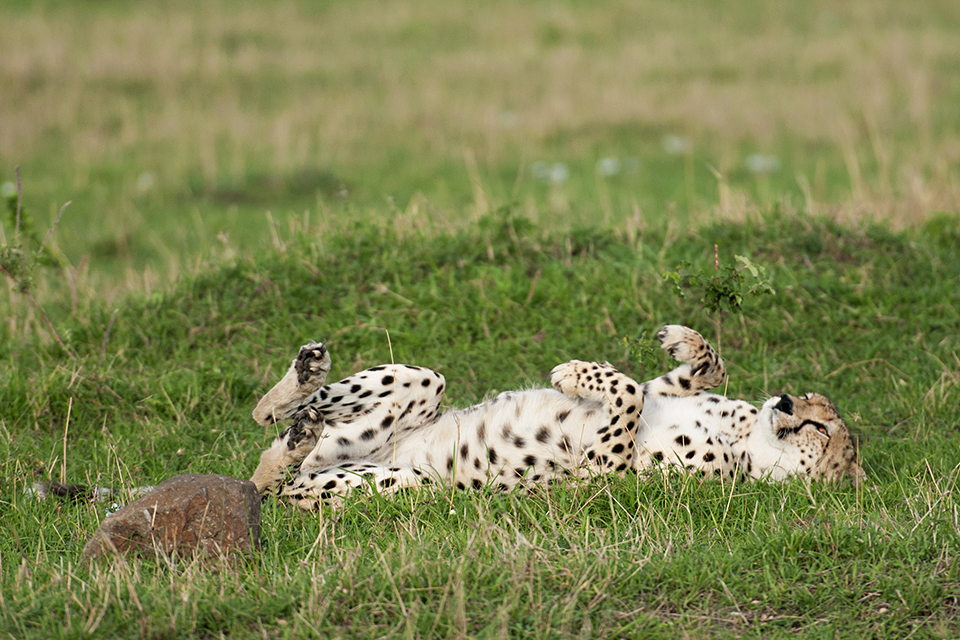 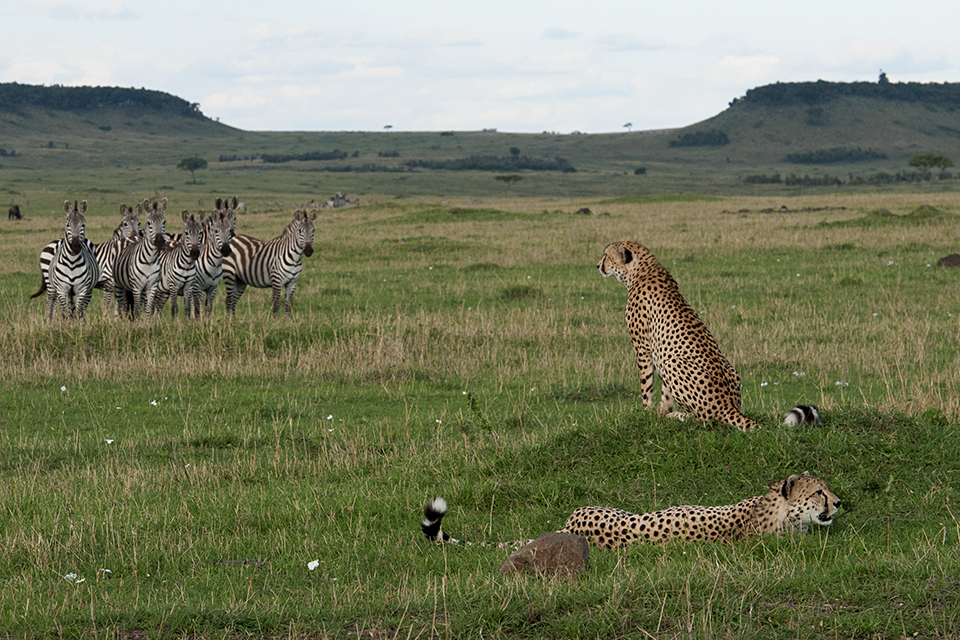 The antics of the younger sibling stopped a passing herd of Zebras in their tracks and once they realized that the brothers were in no mood to hunt, they let their guard down and went back to grazing. After the short relaxation, the wandering Cheetah brothers got on to the game track and walked intently towards the Serengeti National Park. 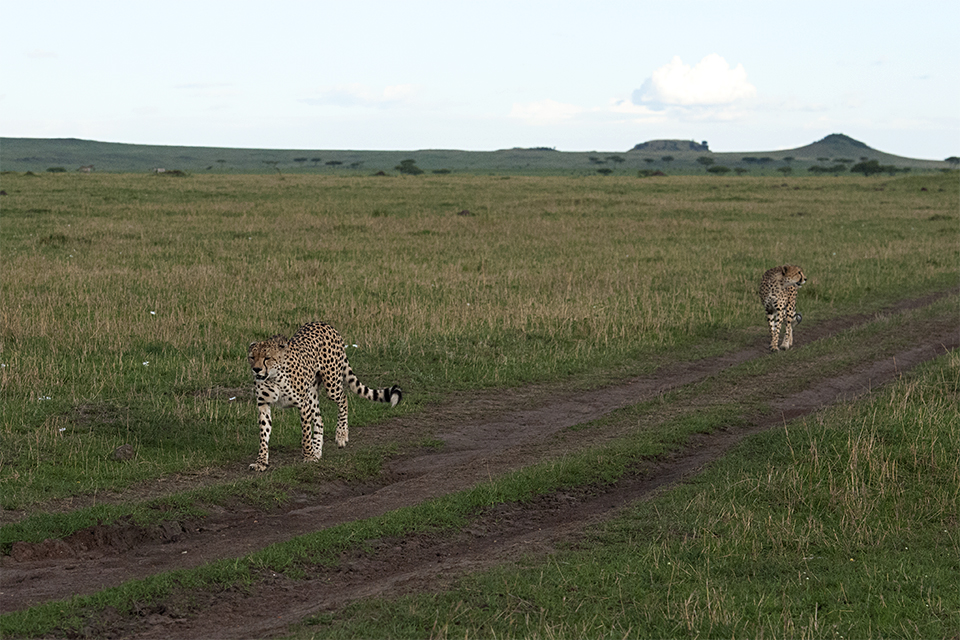 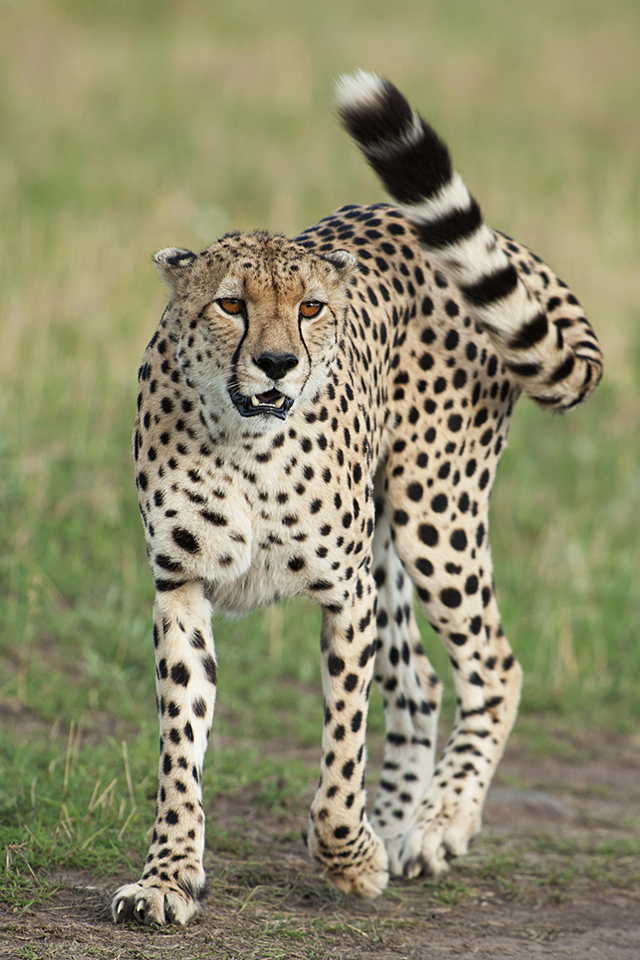 I got this full frame composition of the elder of the two siblings as he came close to our vehicle. And the closeup crop below of the younger sibling was the final photograph that we took before the brothers walked into Serengeti. This was an absolutely fantastic sighting of the Cheetah brothers that we had. 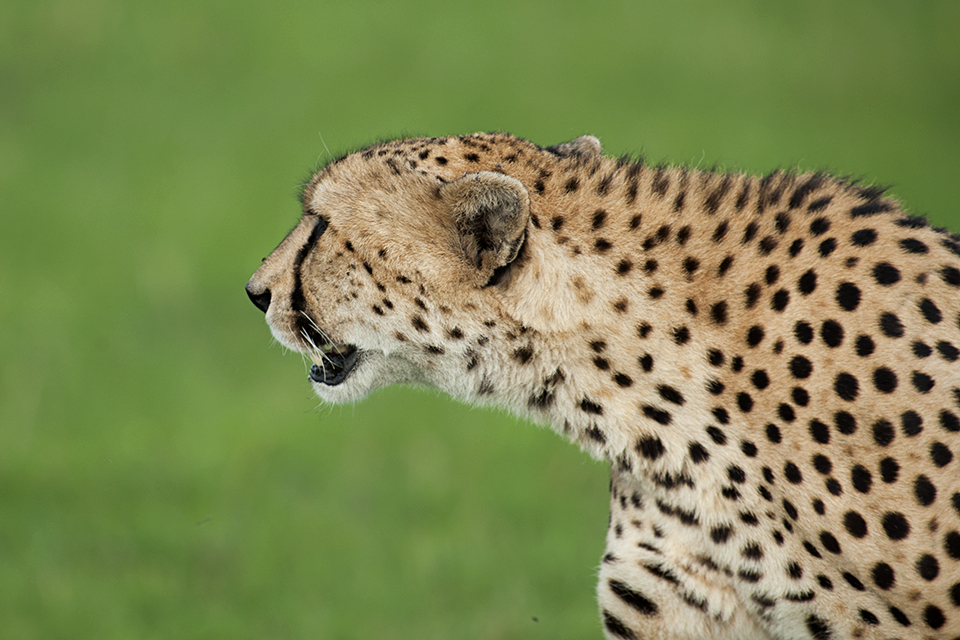 In case you missed out the earlier posts here they are (with links) in chronological order :