After witnessing an epic wildlife spectacle – “The annual migration of Wildebeest in Masai Mara”, we moved on further. Emmanuel, our naturalist and driver, pointed out that a reasonably large pride of Lions were resident to this area of Masai Mara and we might spot them if we are lucky. Lucky we sure were since we not only saw them but also spent over thirty minutes watching the behavior of most of the members of the pride.

Emmanuel first spotted an adult Lioness seated on a slightly higher ground from where she could watch over her cubs, who were playing around nearby. This was a wonderful opportunity to photograph a large pride. And Emmanuel had positioned the Land Cruiser perfectly with the sun directly behind us and the Lion pride in front of us. From our vantage point we could see all the members of the pride and watch out for photography opportunities as seen in this image below. 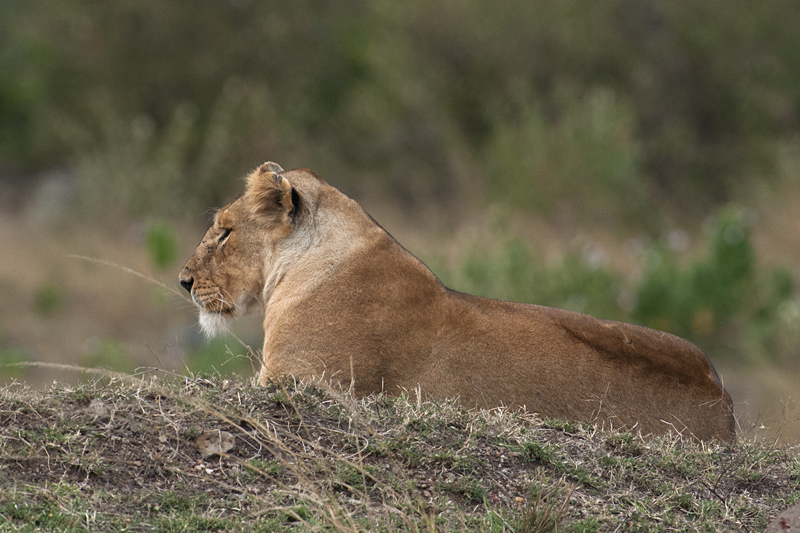 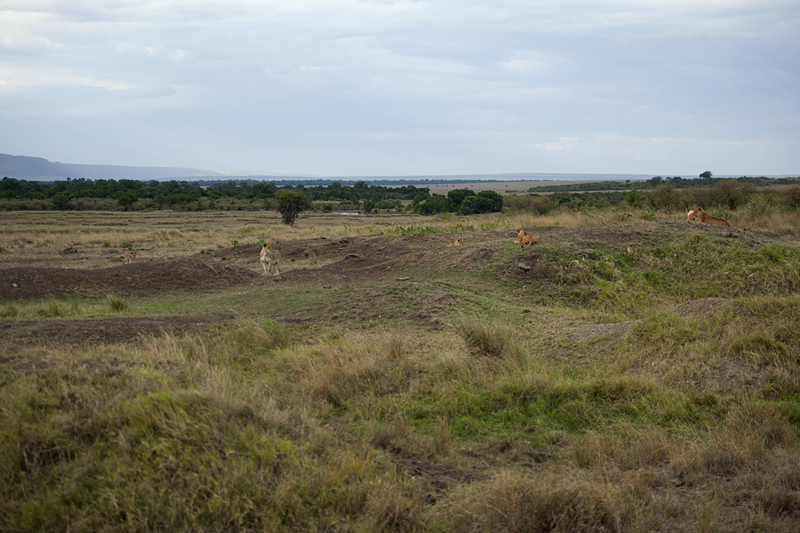 We were ready with the D700 with 70-200mm f2.8 lens to get a wide angle view of the action and the D300 with 300mm f2.8 with 2x TC to capture the closeup action. This combination of camera setups helped us get a comprehensive view of the wildlife action. First the Lioness that we first spotted was joined by another adult Lioness and both of them kept vigil. Then another Lioness came by and settled down a little closer to us. 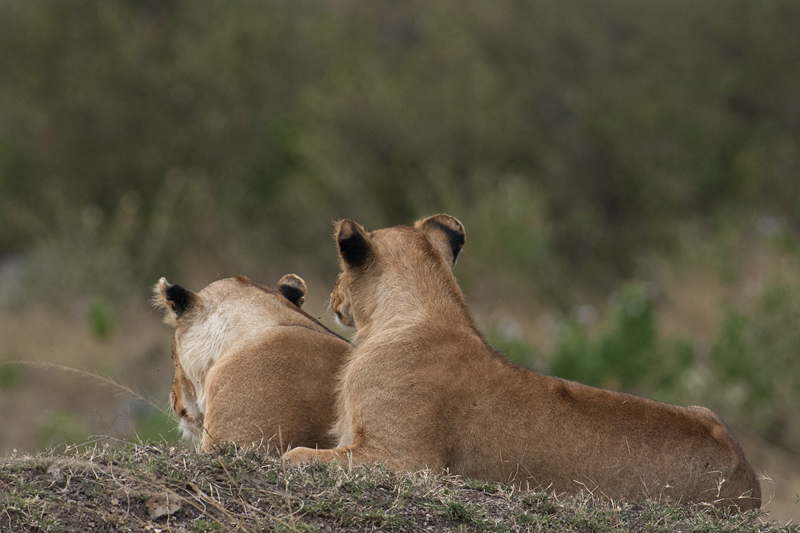 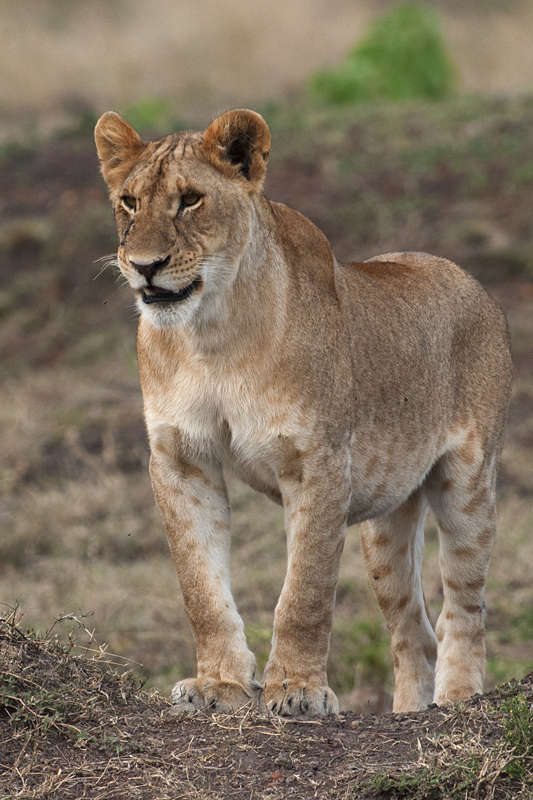 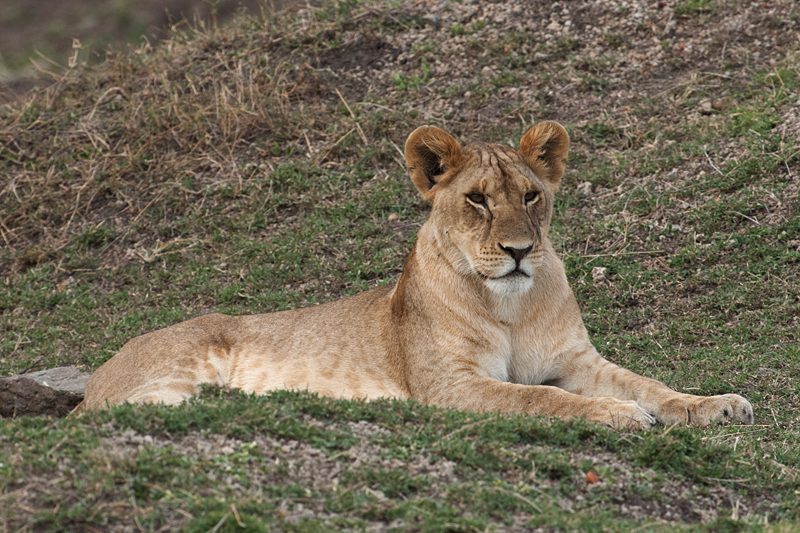