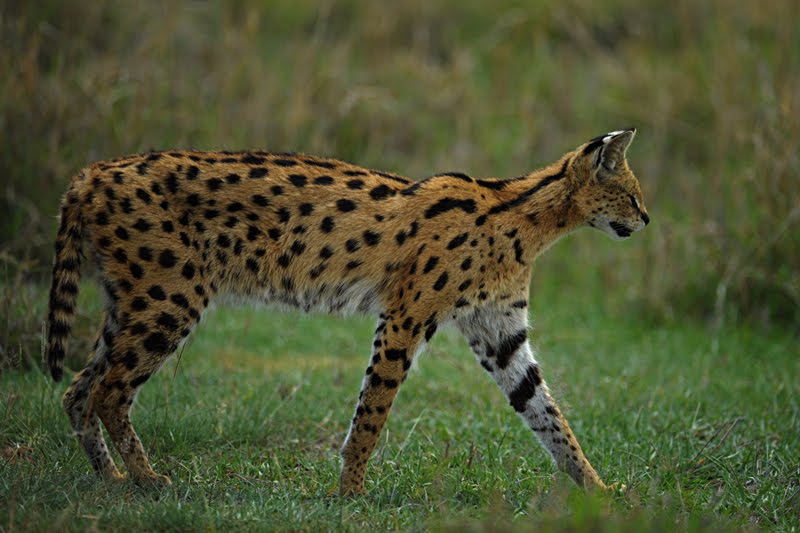 Our maiden trip to Tanzania late last year turned out to be a photography bonanza and we share the experiences of our African safariin a post every month.

As we spent a whole day in the Ngorongoro crater, we realised why the crater is known for its concentration of wildlife. Throughout the day we kept moving from one location to another spotting wild animals from Lions to Elephants to the Black Rhino, the Serval and many more. In this post, we want to share the experience we had while photographing the feline beauty – the Serval.

Our first sighting of the Serval was in the Ngorongoro Craterwhile it was in the middle of a hunt. The cat was very focused on the hunt and was constantly on the move. Whenever it paused to stalk, it was always looking away with its back to us. We were hoping that at some point it would stop its search for prey and look at us. But that was not to be and we had to be satisfied with the Serval in habitat images that we photographed.However, our luck changed for the better later in the afternoon when we spotted another Serval right next to the tracks. This cat was trying to sit-out the hot African afternoon sun there in the open and in doing so gave us the opportunity to take some frame filling compositions. 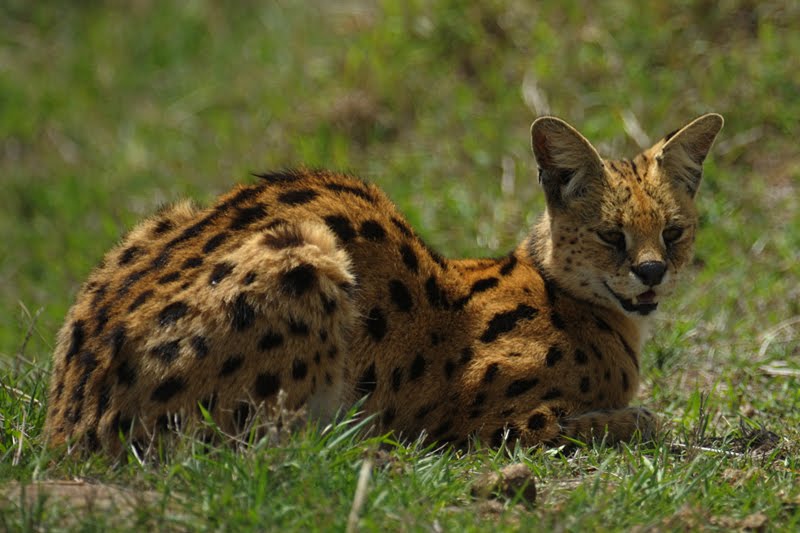 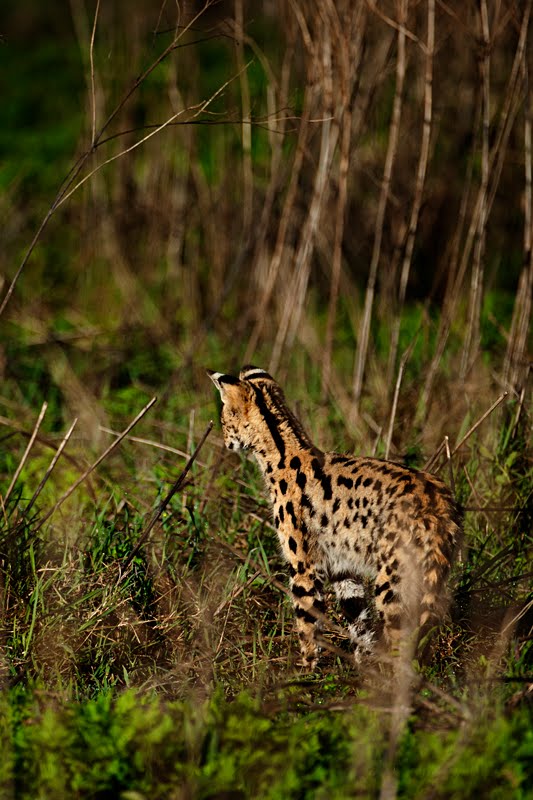 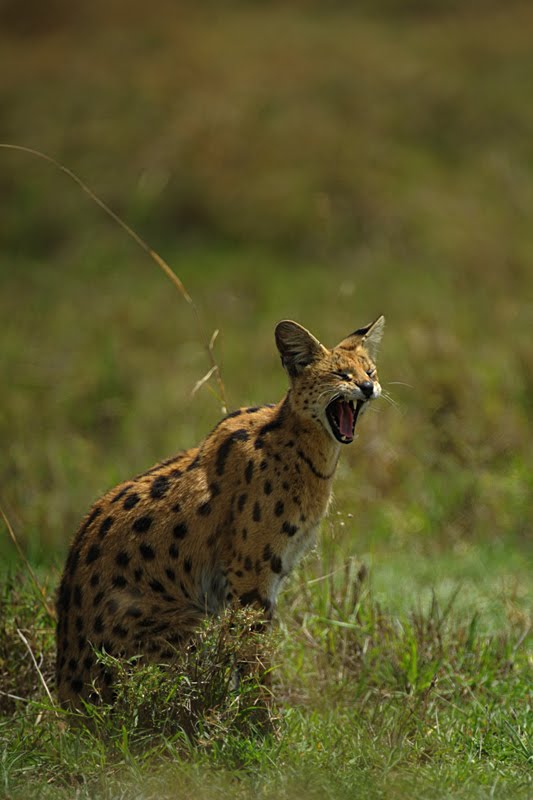 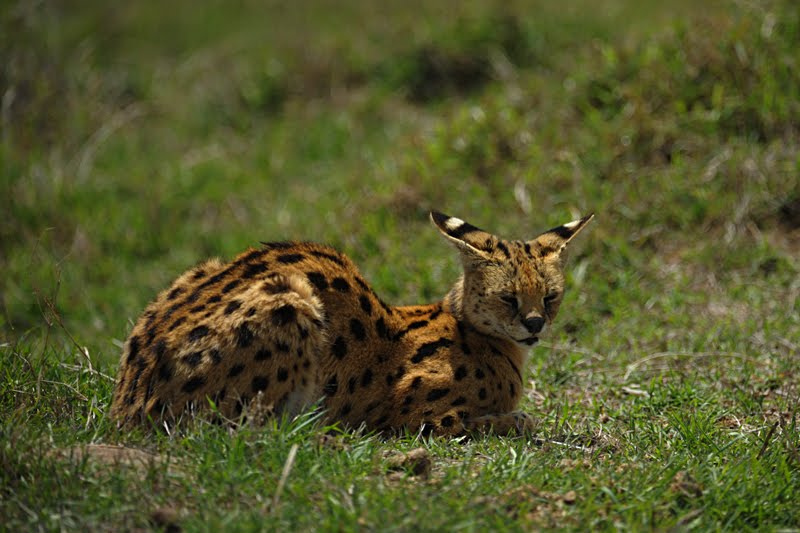