Animals of India #66 : The Courtship of the Blue Sheep 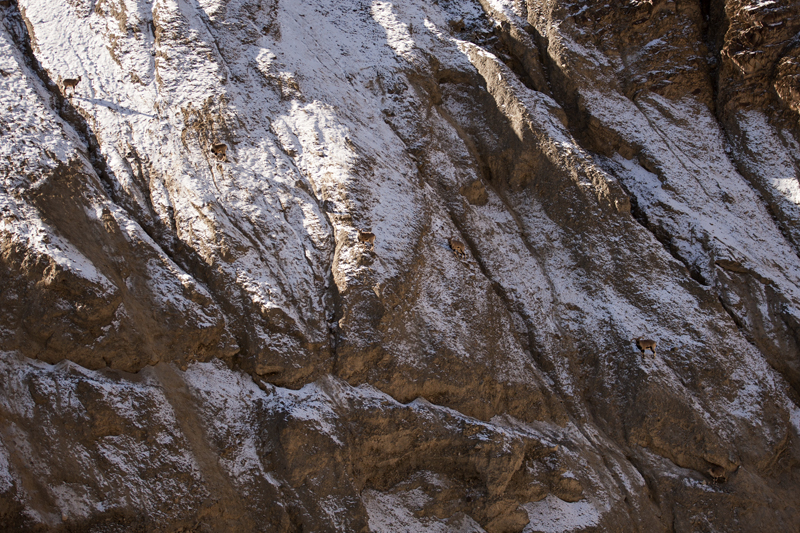 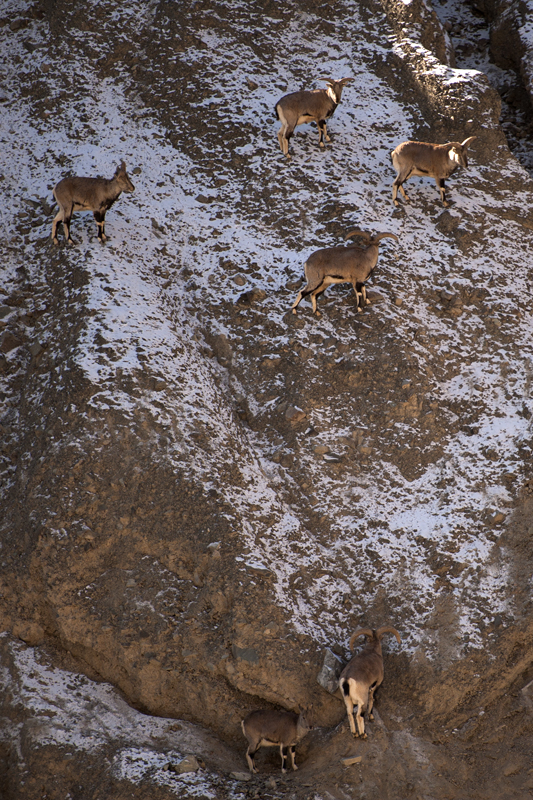 After camping for a week in the Hemis National Park in eastern Ladakh, we packed our bags and started on our trek back to Zingchen, along the famous Zingchen Stok trek  route. Our journey was coming to an end and we were grateful for having sighted the Snow Leopard and even more for our comfortable lifestyles compared to people who live in the harsh realities of the Kashmir wilderness.
Less than 10 minutes into our trek, we saw a group of 4-5 male Blue Sheep (Bharal) on the rock face on the opposite side of the narrow gorge. This was rather unusual as one never finds Blue Sheep stags in a group. We got our answer when we spotted a female Blue Sheep at the ledge on a lower level of the same rock face and a lone Blue Sheep stag next to it. We were watching the courtship of the Blue Sheep.
The lone stag was the dominant one and had seduced the female Blue Sheep while fighting off the other rogue stags that were confronting him. The ensuing gravity defying fights on the steep rock face was more than what we had expected to see. While the dominant stag was engaged in a fight with one or more of the rogue stags, the remaining Blue Sheep would try to use the opportunity to mate with the female. And she would use the narrow ledge and skillfully maneuver herself and thwart their advances till the dominant stag came back to chase them away.

The whole tussle with its many elements of posturing, hovering, exchange of glances, clash of horns was a thrilling wildlife action and a fitting farewell gift for us as we trekked back to Zingchen. 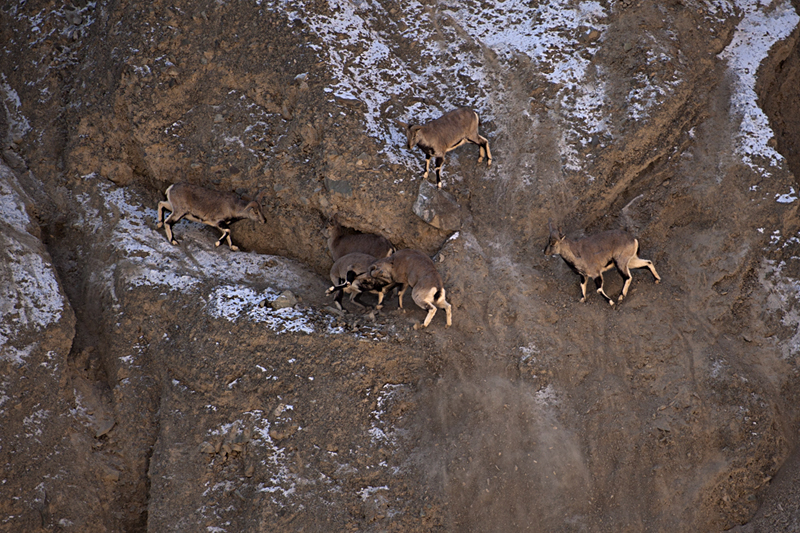 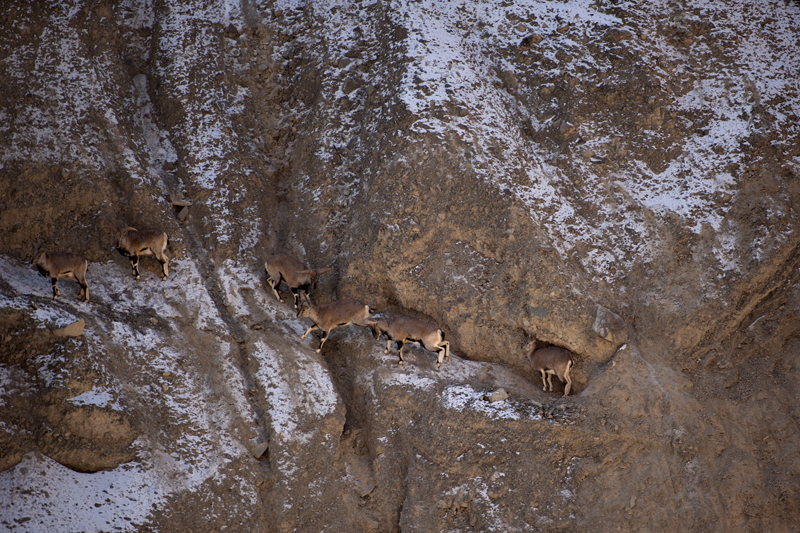 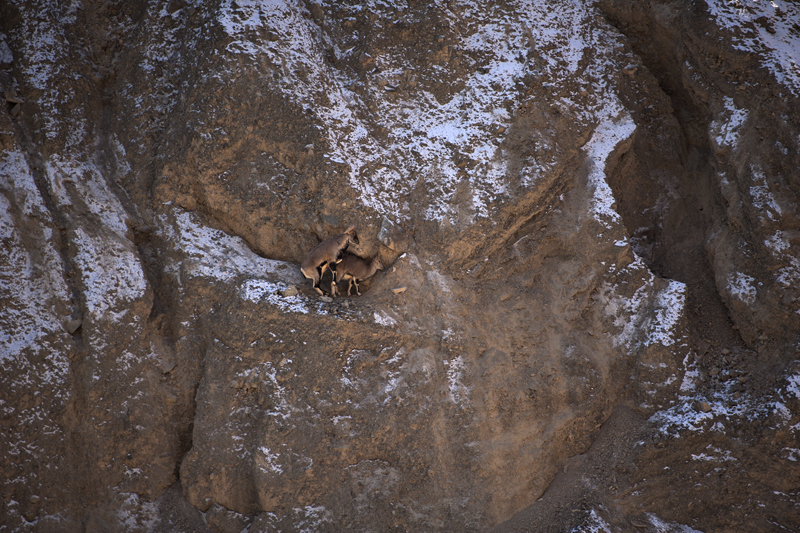 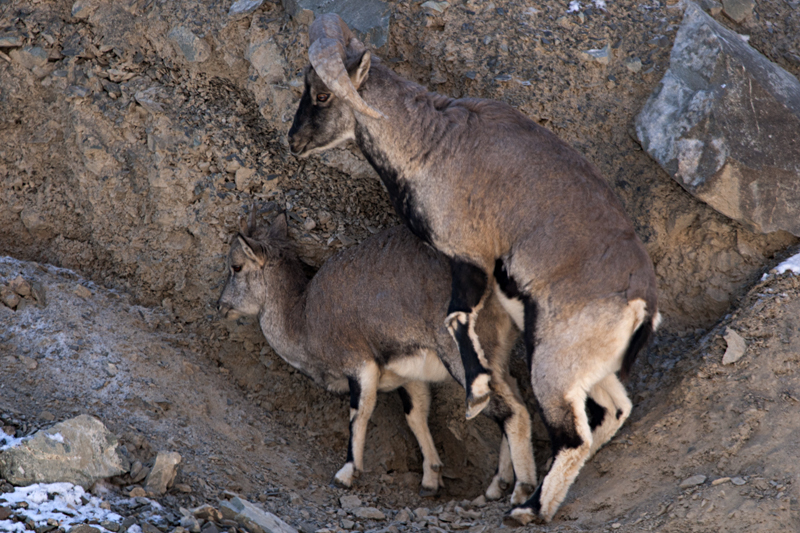