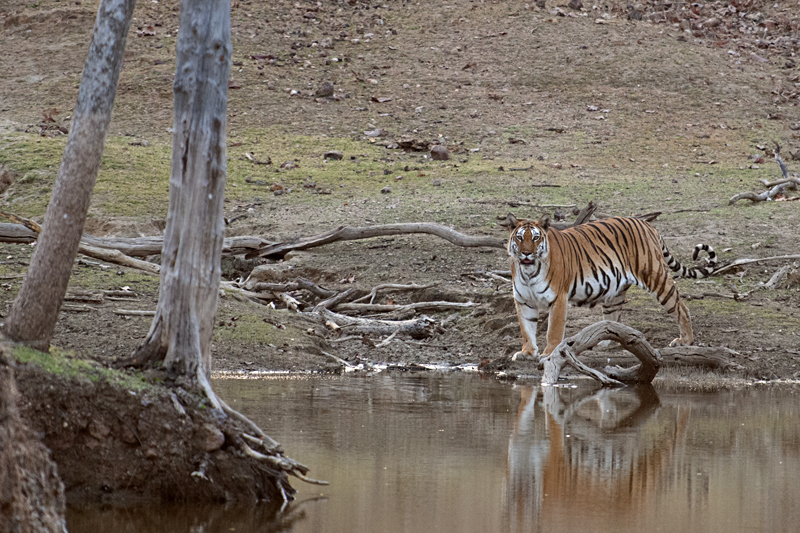 On our first visit to the Pench national park, we sighted and photographed several species including the Golden Jackal, White-eyed Buzzard, Leopard, Chital and the Rhesus Macque. One significant exclusion was the Bengal Tiger and we hoped that our fortune would change during our second visit to this national park.

As we entered the Pench national park on our first Safari, our guide told us that a Bengal Tiger had killed a Nilgai near a waterhole early that morning. And since the kill was left in the open, there was a good chance of sighting that Bengal Tiger.

As we reached the waterhole, there were a few jeeps lined up in front of us and the excitement of the tourists clearly indicated that they were watching a Bengal Tiger. As we were one of the last jeeps in a long queue, we only got a fleeting glance of the endangered cat, a Tigress, as it crossed the safari track. The Tigress walked into the forest thicket and settled down under the shade of a tree some 200 feet away from the safari track. If we had not spotted her walking away, there was no way that we could have seen her sleeping under that tree as she was perfectly camouflaged. 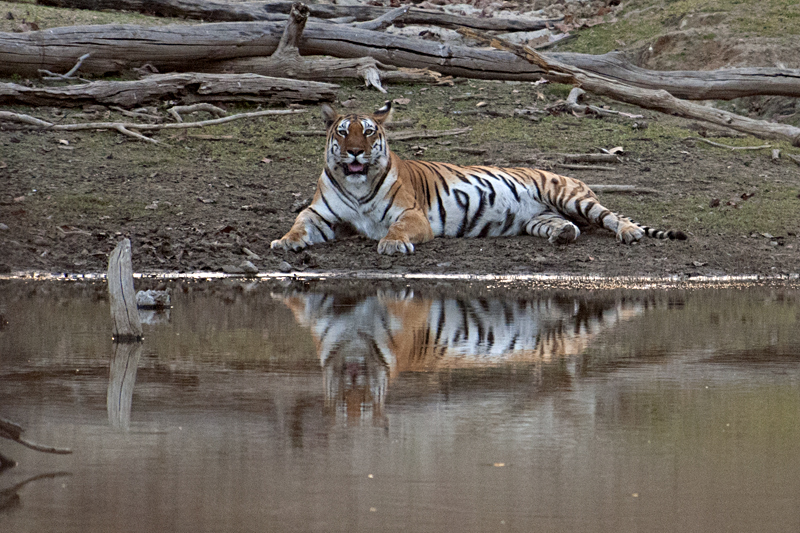 Since the kill was by the side of the waterhole, we were sure she would come back to it and in that hope we waited patiently. As minutes ticked by, one by one the other jeeps lost patience and moved away, only to be replaced by a new set of tourists who wanted to get a glimpse of the Tigress. Finally, after about 90 minutes, she woke up, looked in the direction of the jeeps and seeing that there were too many for her comfort, walked away from all of us further into the forest and we missed our opportunity to get some pictures of the animal. 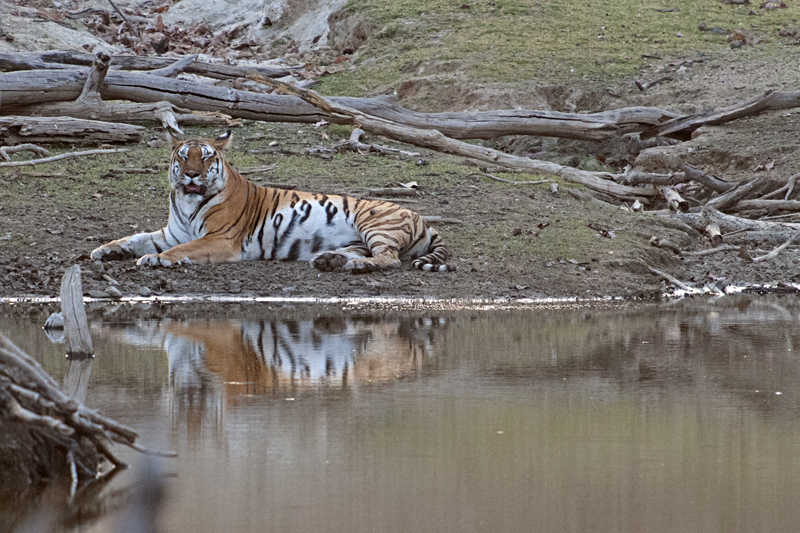 The next day morning safari yielded no luck so in the evening we went again to the same waterhole. There were at least 15-20 jeeps waiting to get a glimpse of the Tigress, but she was nowhere to be seen. We decided to wait. After about an hour of wait, we heard the Chital alarm calls and then one of the jeeps spotted the Tigress about 300 feet away from the safari tracks. The ensuing mad rush of the vehicles ensured that no one could get a decent picture of the Tigress. At the same time, she was oblivious to all the chaos she had created and ambled deeper and deeper into the forest and soon disappeared from our sight. 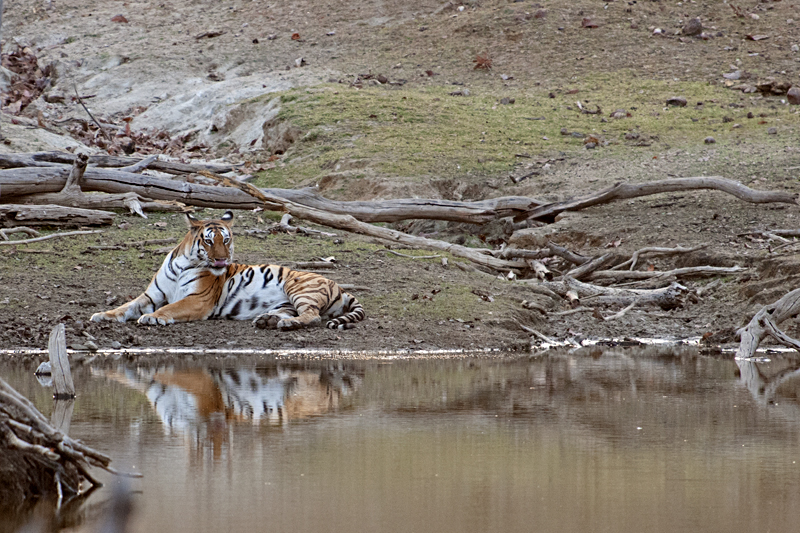 Disappointed but not demoralized, we decided once again to stay put at the waterhole though most of the jeeps left the scene. The sun slowly disappeared below the horizon, the light was fast fading and the chances of photography, with it. It was about 30 minutes or so when I spotted some movement on the far side of the waterhole. The majestic Tigress was back! She had decided to return to the waterhole and the kill. The Tigress came down the high bank and settled on the far side of the waterhole. We were thrilled and finally managed to take some pictures of the Tigress in habitat. The hours of persistence had finally paid off! 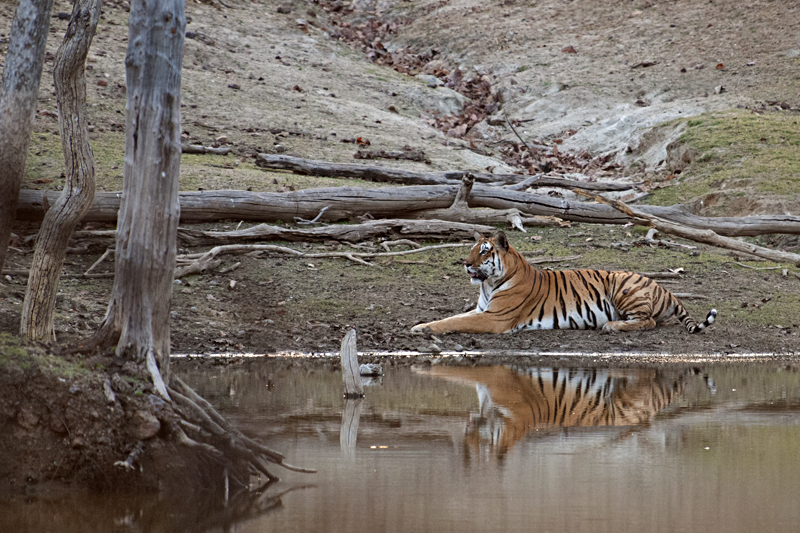