We had seen African Lions, Cheetah, Hyenas and African Elephants in Masai Mara. However, the primary reason for going to Masai Mara in the July to Oct period was to witness the greatest wildlife spectacle on the planet – the annual Wildebeest migration. We were given to understand that this is the largest migration of wildlife covering over two million herbivores (1.5 million Wildebeest accompanied by 500,000 Thomson Gazelles and over 300,000 Zebras).

We finally got our first chance to witness the great annual migration and we were mesmerized by this experience to say the least! Given the fact that we were visiting in early Oct, the migrating Wildebeest were crossing the Mara river to make their way back to the Serengeti national park in Tanzania. Also, the herd sizes were relatively smaller. And this gave us ample time to observe both the individual Wildebeest behavior as well as that of herd mentality. Also, we we were thankful for staying at the Mara Serena, which is located in the Mara triangle. This helped us quickly get to the main crossing points within 15 minutes. 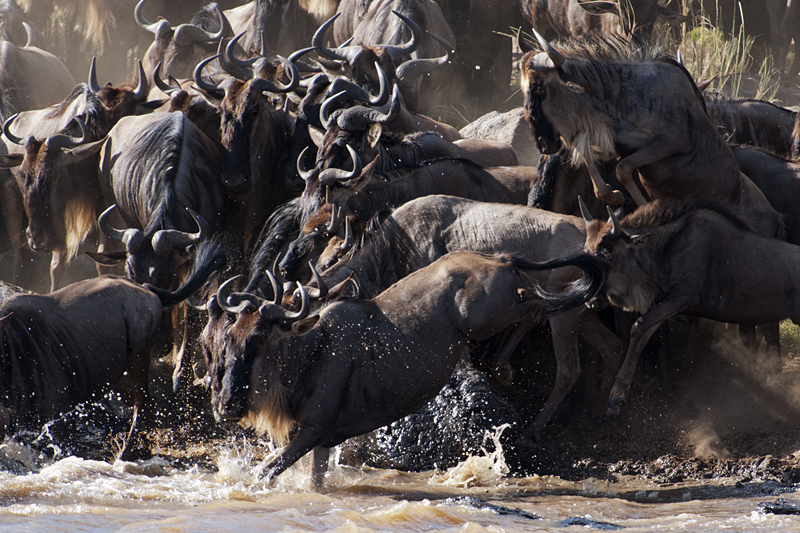 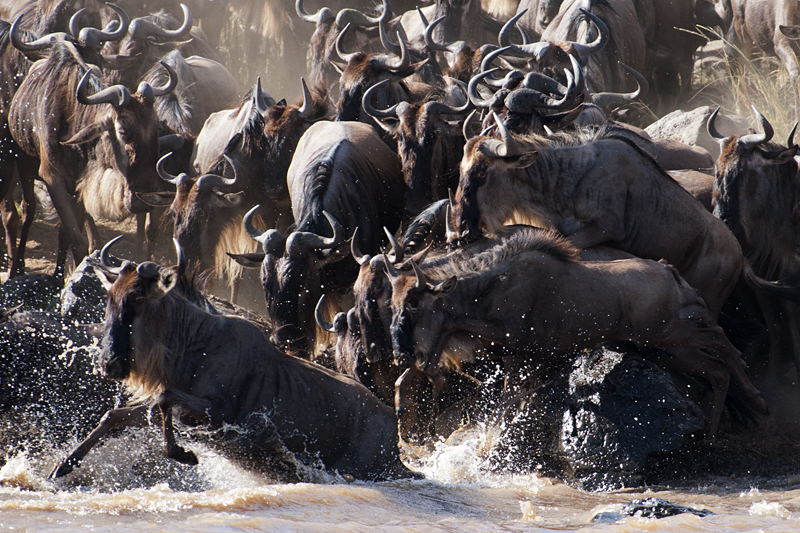 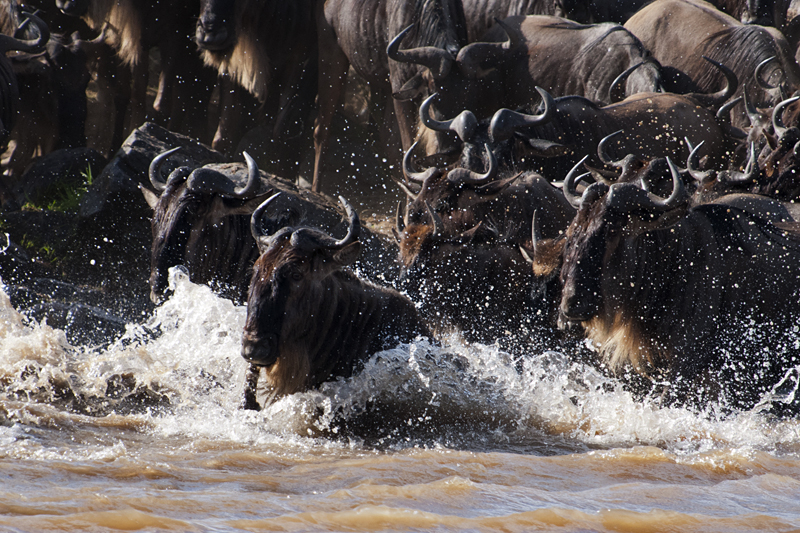 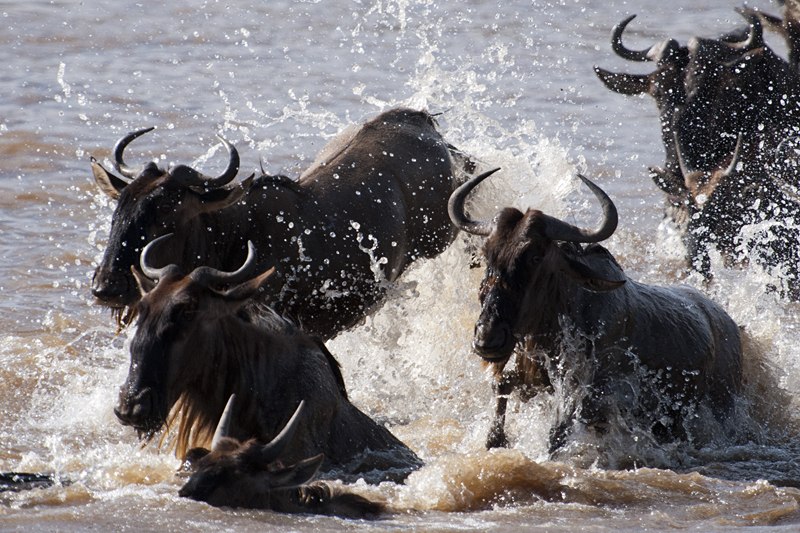 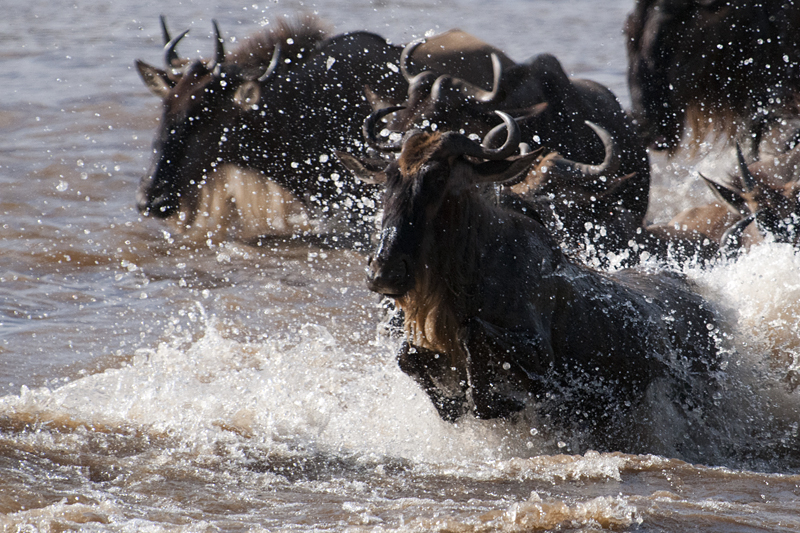 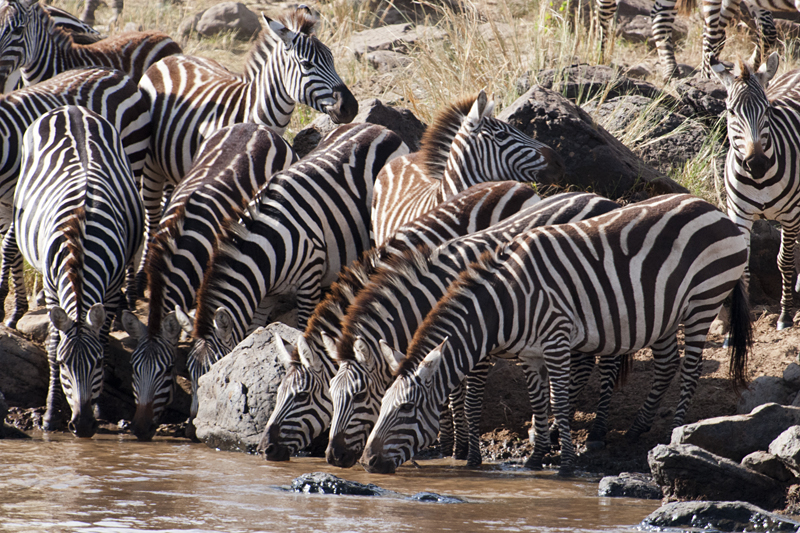 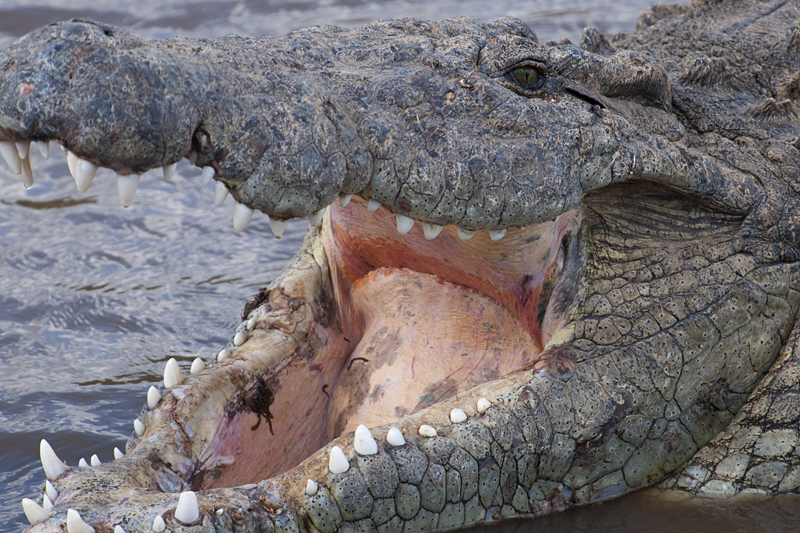