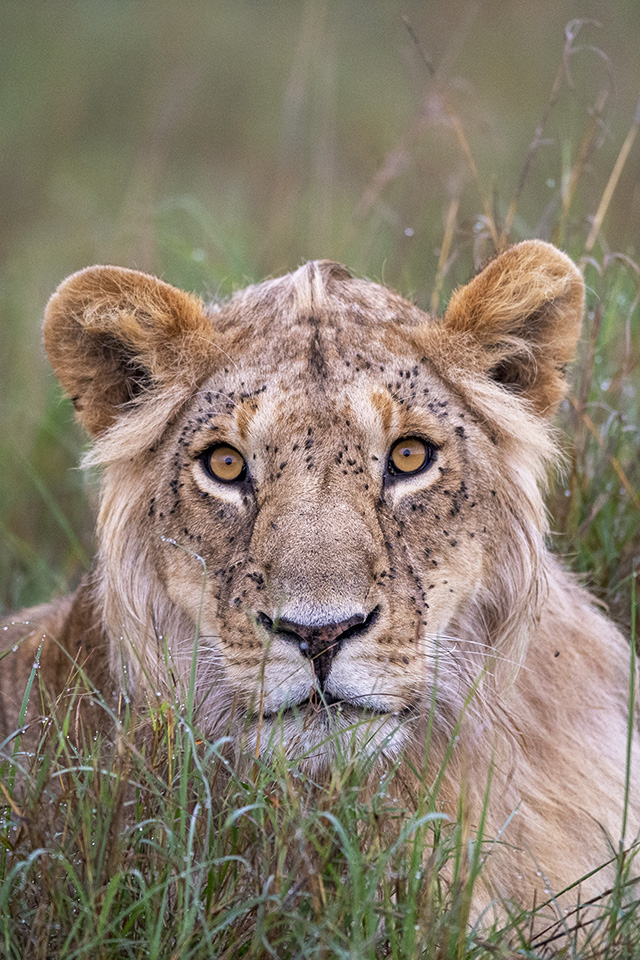 During one of our evening game drive in Maasai Mara, we had a chance sighting of a Steppe Eagle. It was equally surprised to see us at such close distance, before it flew away. Given that this visit to Mara was many months after the Annual Migration was over, the savannah was once again lush green.

We spotted a couple of sub-adult African Lions that were lazing around. It was clear that their Pride was somewhere close-by. We decided to use the opportunity to get close to these magnificent animals and get some frame filling compositions. The Lioness quickly got up and walked away from the road to find a comfortable resting place in the tall grass. Seeing her move away, her sibling brother also followed suit. We got this picture of him before he walked away into the tall grass.

Luckily for us, both the Lions were lazy and didn’t venture too far from the road. Was their reluctance to move deeper into the savannah an indication that they were waiting for cues from other members of the Pride that seem to be hidden in the tall grass somewhere closely?