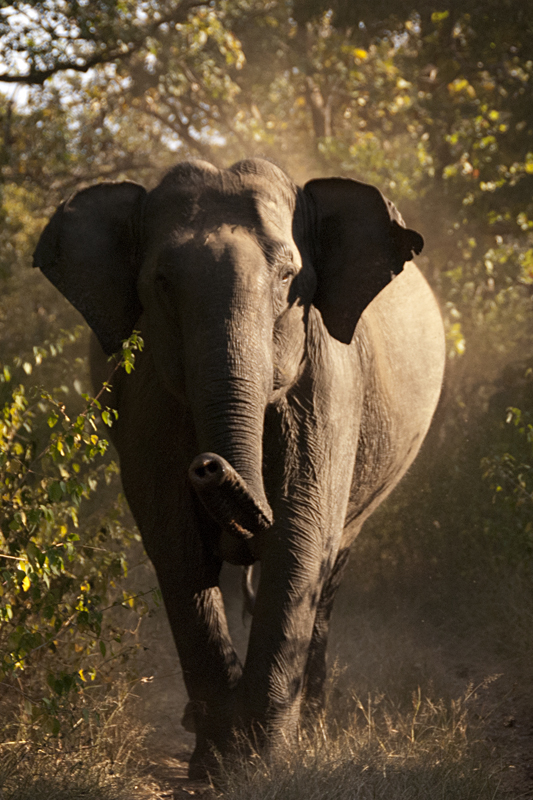 We have had many encounters with Asiatic Elephants in the Indian forests. There was a time when an Elephant mock charged us and ended up less than 10 feet from the Jeep. There was another encounter where this Elephant decided to block our road for a while.

However, this encounter rates to be the closest that we have had so far. During one of our Jeep safaris into the Bandipur national park, we were going through a part of the Sanctuary where the Jeep tracks were flanked by dense Lantana on both sides. At a point we noticed an Elephant calf walk onto the tracks and since we had already overshot the calf, we stopped the Jeep. The Elephant calf paused for a minute and we saw its mother emerge from the Lantana. Both mother and calf were startled by the sight of the Jeep. Looked like we had breached their comfort zone and the mother decided to charge us. 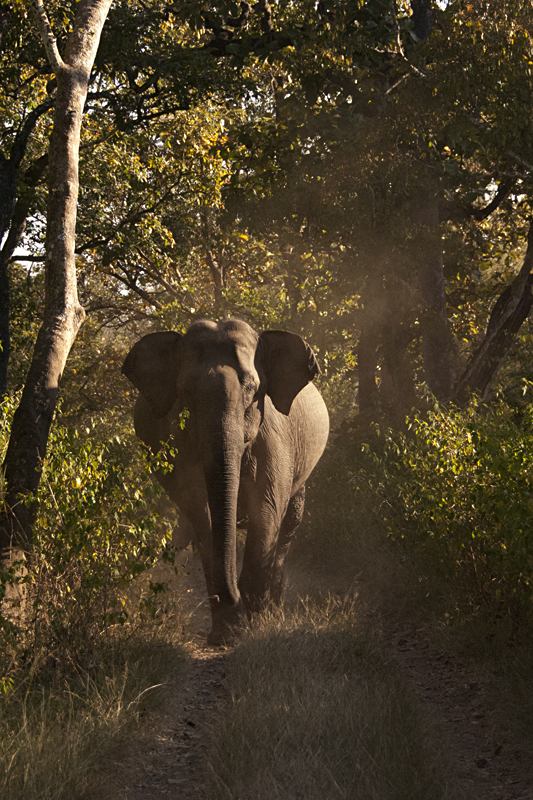 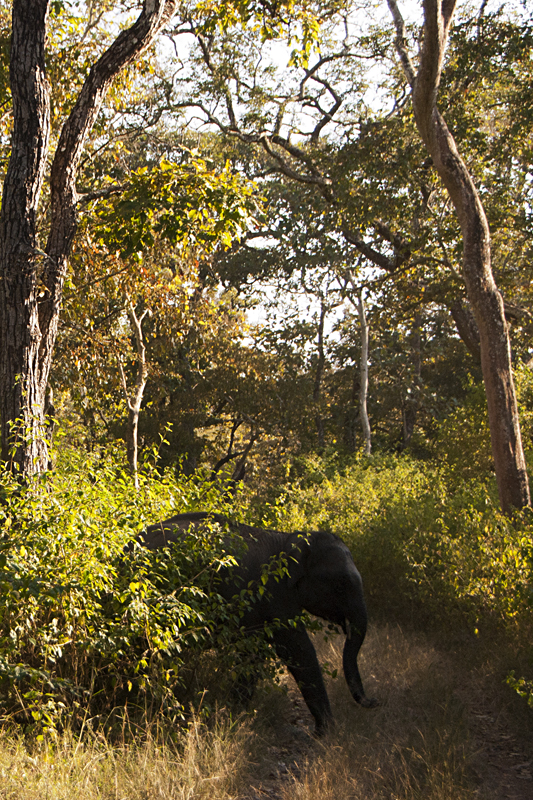 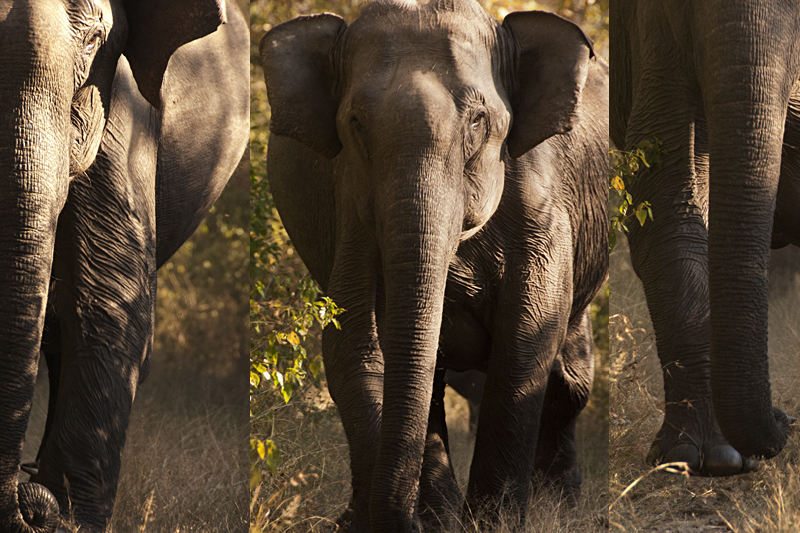 We had encountered many Elephant charges in the past, however, in this case the Elephant just took off and kept coming at us at full speed with no alarm. That’s when we realized that this wasn’t a mock charge. The driver hurriedly started the Jeep and accelerated as the Elephant kept running towards us at full charge, rapidly closing the distance between her and the Jeep. We knew this had been a close call. 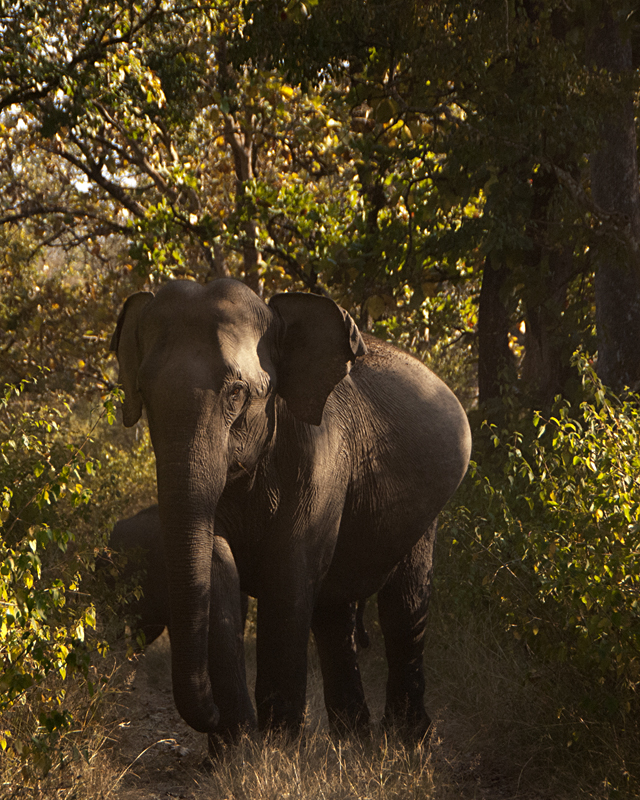