After photographing the Giraffes in a typical African postcard composition, we drove further into the Masai Mara Reserve when we spotted this Cape Buffalo bull standing beside a tree. At first it looked like one of those lazy Buffaloes standing under a tree, however we switched off the engine to observe if this massive Big 5 beast was upto something.

We did not have to wait for long before this Cape Buffalo started scrubbing itself against the tree trunk to get rid of the irritating flies and other blood sucking pests. It was interesting to watch him patiently scrub every portion of his body literally. We have seen this behavior in wild Elephants previously but this was the first time we saw a Cape Buffalo do this. 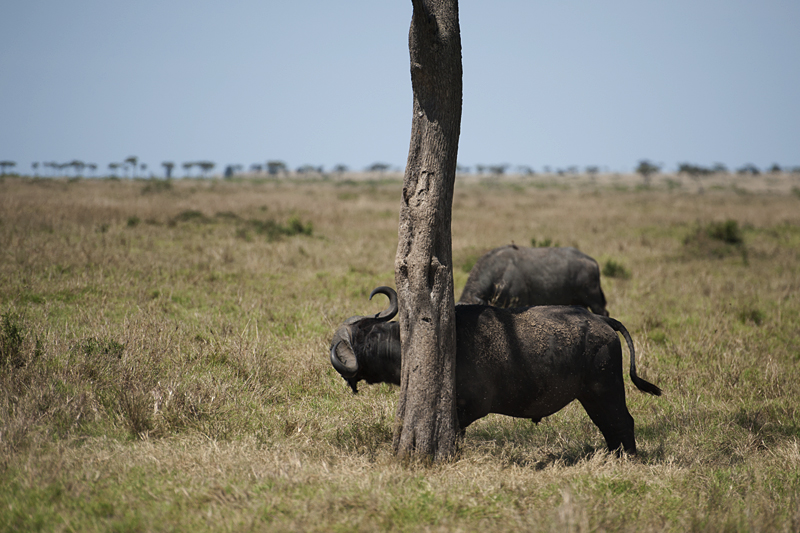 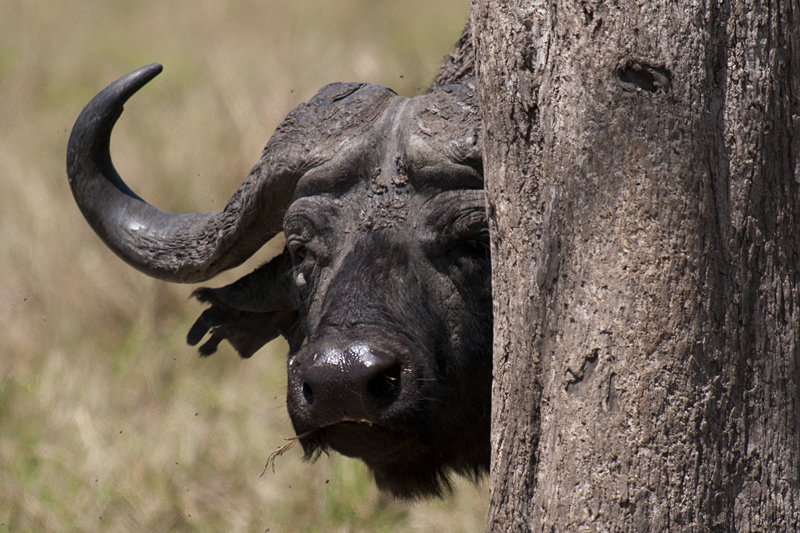 While the Cape Buffalo was getting rid of these parasites, it suddenly realized that we were keenly watching it and directed it attention towards us giving us the opportunity to frame this composition (above) with its face partially hidden behind the tree. While it was staring us down and moving towards us (as in feature image or 1st image), something else in the distance distracted it. Fortunately for us the Cape Buffalo switched direction and lazily trudged (below) on in that to possibly to investigate. 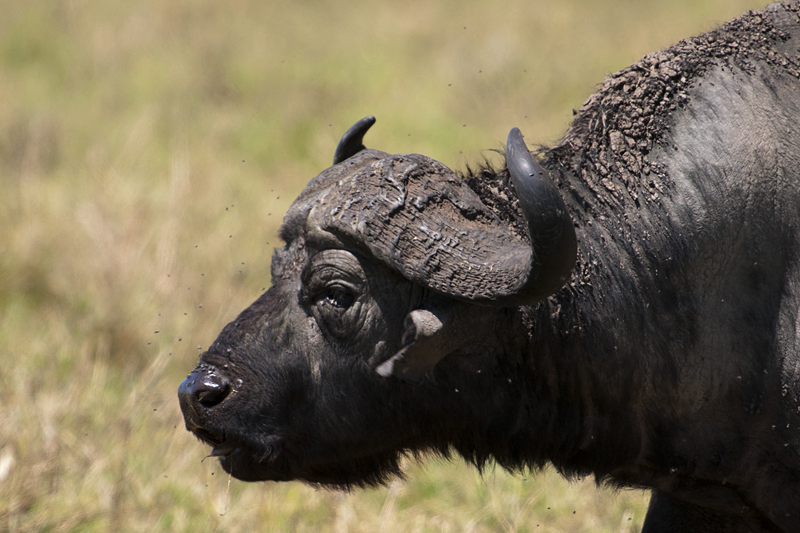 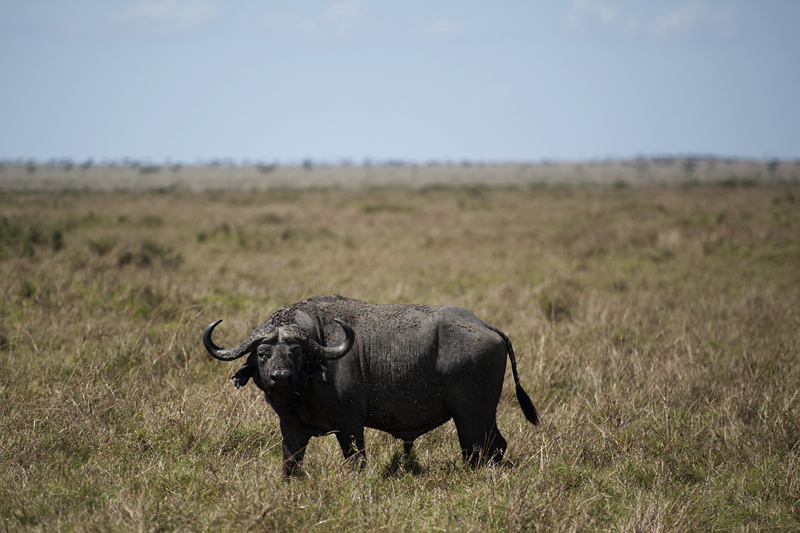 As it kept disappearing into the horizon, the Cape Buffalo stopped for one last time and looked at us (above) giving us the opportunity to frame it against the Masai Mara landscape. The last time we confronted Cape Buffaloes, it was an interesting standoff with them in Western Serengeti National Park. As we continued our search for the African Lion we passed an Elephant shielding its suckling calf (below) from the searing mid day sun. On an earlier safari in Masai Mara Reserve we had witnessed an interesting Elephant behavior that is described in Elephants encouraging a calf to cross the Mara river . 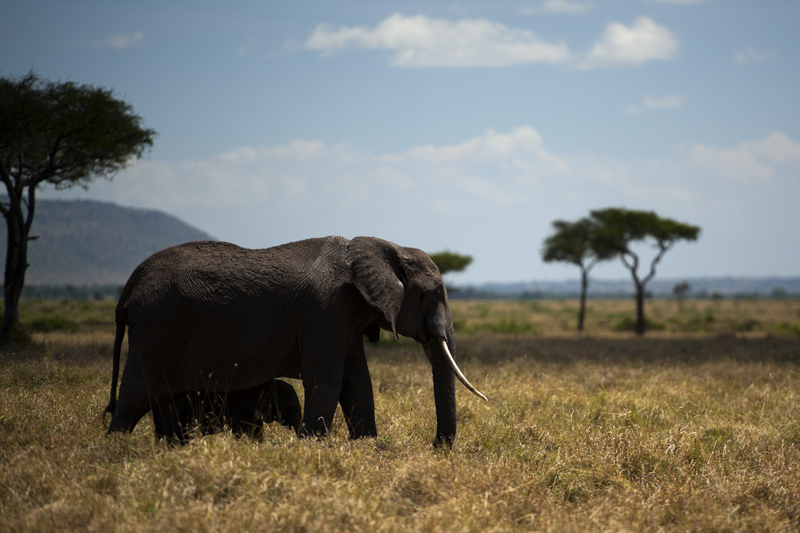