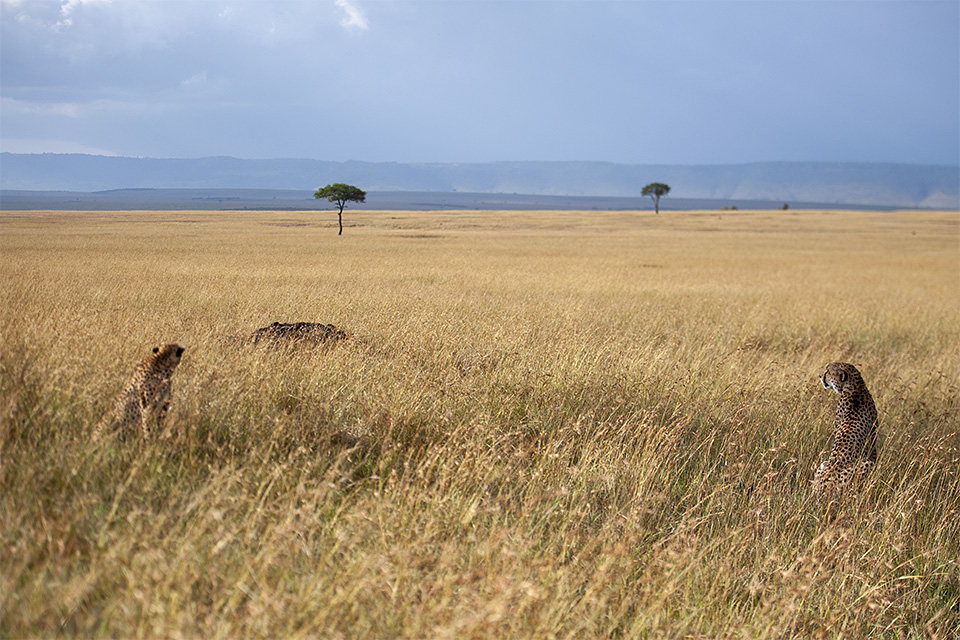 This afternoon we decided to go back to the area where we had spotted the famous Cheetah brothers, just in case they were still around. We hadn’t had an opportunity to see them awake, so we took a chance. When we reached the location, they were around and were sitting up and scanning the Maasai Mara Savannah – that made for a beautiful composition.

We got closer and the brothers decided to go back to their afternoon siesta, every now and then waking up to look around, making for some lovely closeup portraits. As we decided to move on in search of other game, the Cheetah brothers gave us exactly the same pose, as when we had arrived, that made a beautiful picture of them in Maasai Mara. We decided to use that as the feature image of this post.