Cheetahs at the Kenya-Tanzania border in Maasai Mara 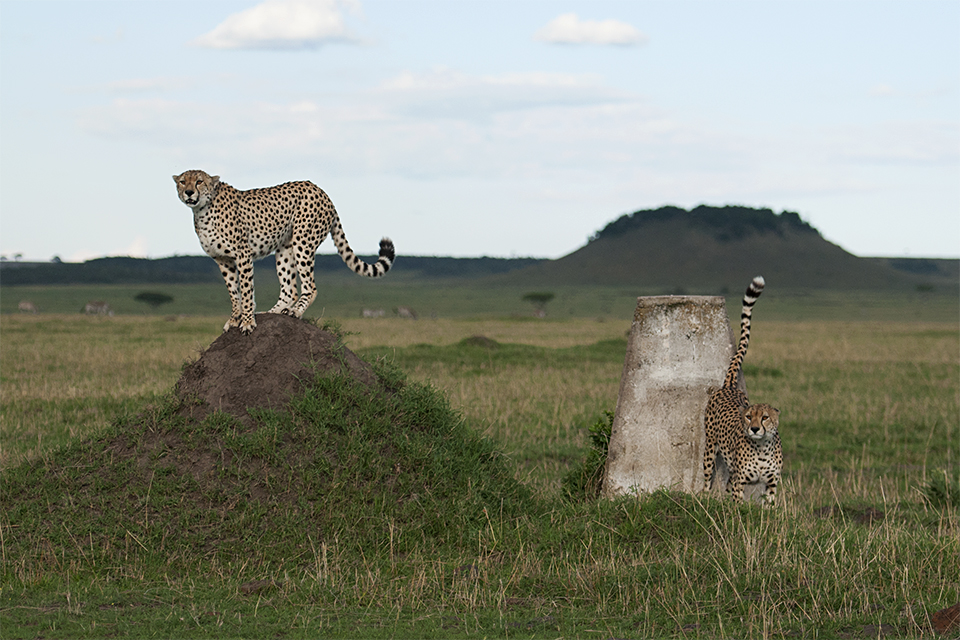 After quenching their thirst at the roadside puddle, the Cheetah brothers kept moving towards the Kenya-Tanzania border in Maasai Mara. Since we had positioned ourselves in front of the Cheetahs when they were drinking water, we had an amazing view of them walking towards us. When they drew close, we would quickly move our vehicle away so that they would walk towards us, thereby giving us some glorious photo opportunities. 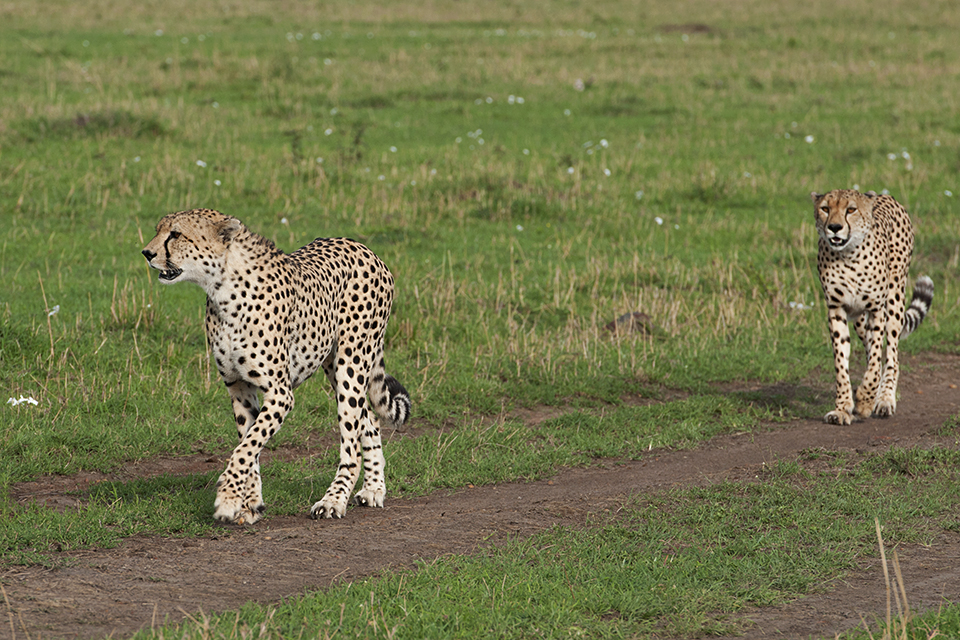 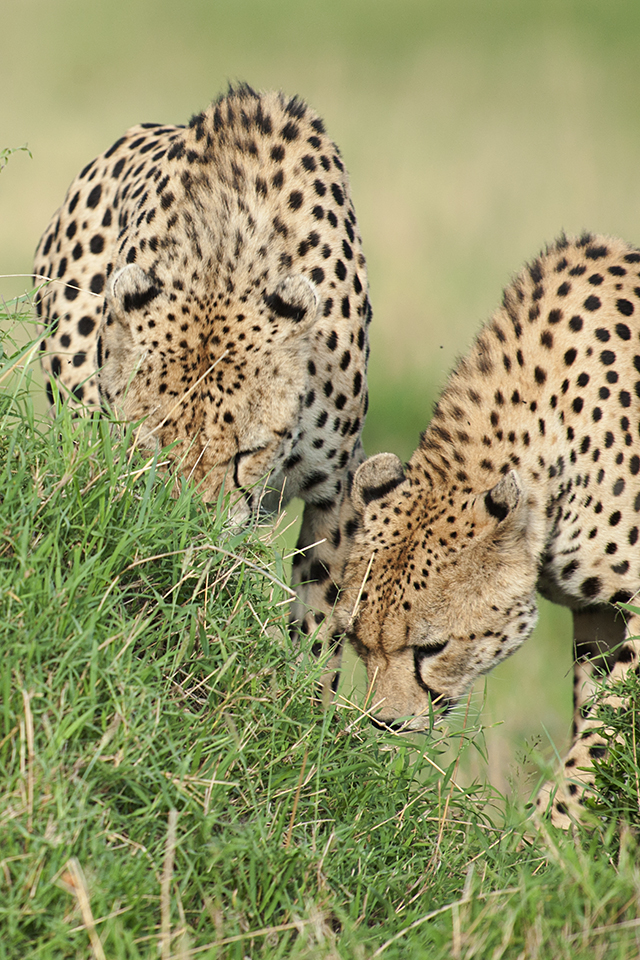 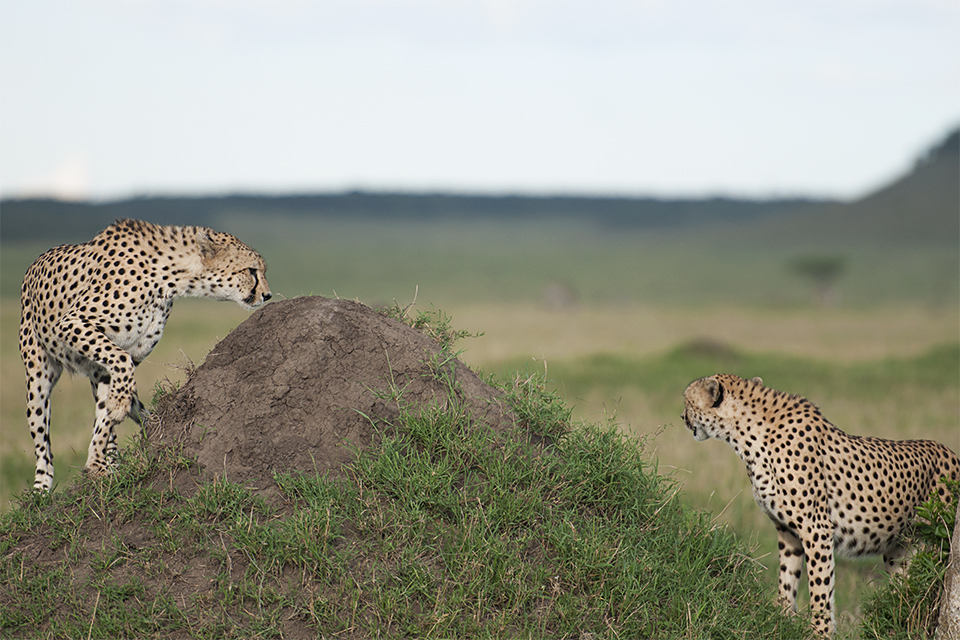 And as though the Cheetah heard our pleas telepathically, it climbed onto to the top of the mound. And not just that. It stood on top of the termite mound for a few moments and looked around in all directions giving us a great opportunity to make some lovely compositions, both wide angle and telephoto (like the one below). And just when this Cheetah was contemplating climbing down the mound, the other Cheetah went and scent marked the Kenya-Tanzania border stone making a lovely feature image (first image) of this post. 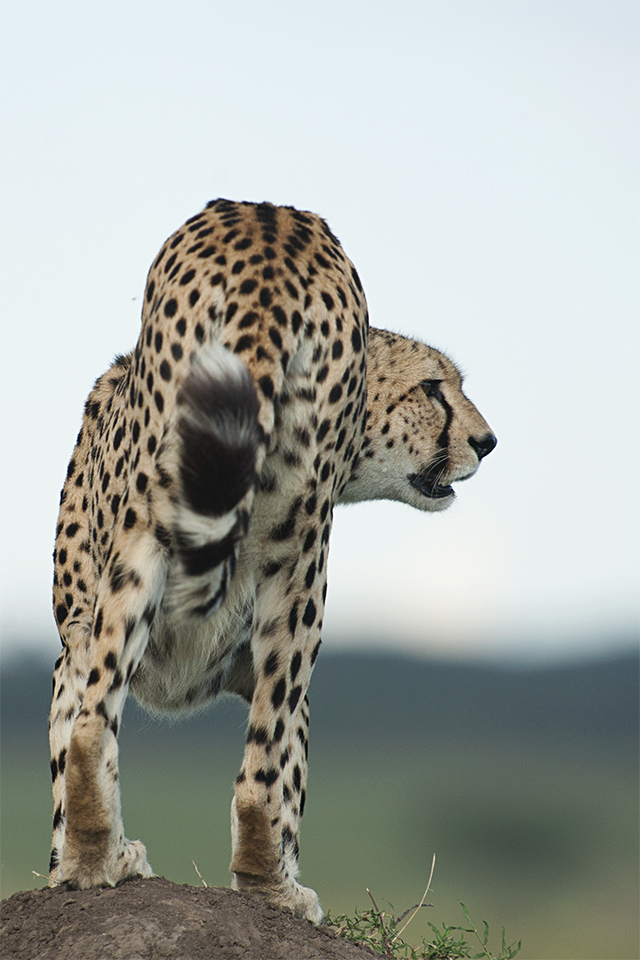