After having a sumptuous breakfast at the Golghar in the Jungle Lodges resort at Bandipur National Park, I was looking around the place for some birds. That’s when we hit upon a Coppersmith Barbet at the famous fig tree that we featured in the post titled antics of a Coppersmith Barbet in 2008. Only this time around, the tiny specimen wasn’t feasting on figs. Instead it was busy digging a hole in one of the dried branches of the fig tree. Every now and then the Coppersmith Barbet would take a brief pause giving us the opportunity to get a few pictures before it got back to its burrowing ways (above and below). 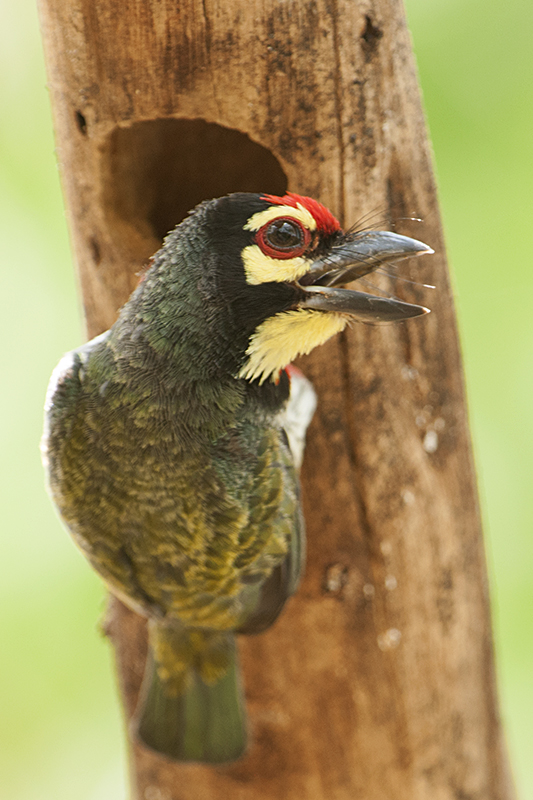 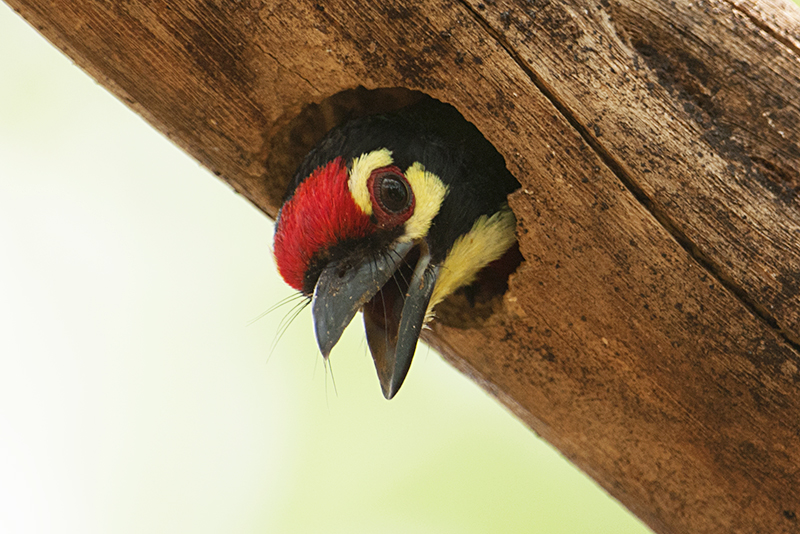 Interestingly once in a while, the Coppersmith Barbet would get into the hole to check its size. It would then turn around and peep out of the hole, mimicking the prospective female and that pose made for some fantastic compositions (above). While we were busy observing the Coppersmith Barbet, a Shikra quietly flew by and rested in the shade of another tree for a couple of minutes giving the chance for this picture (below). 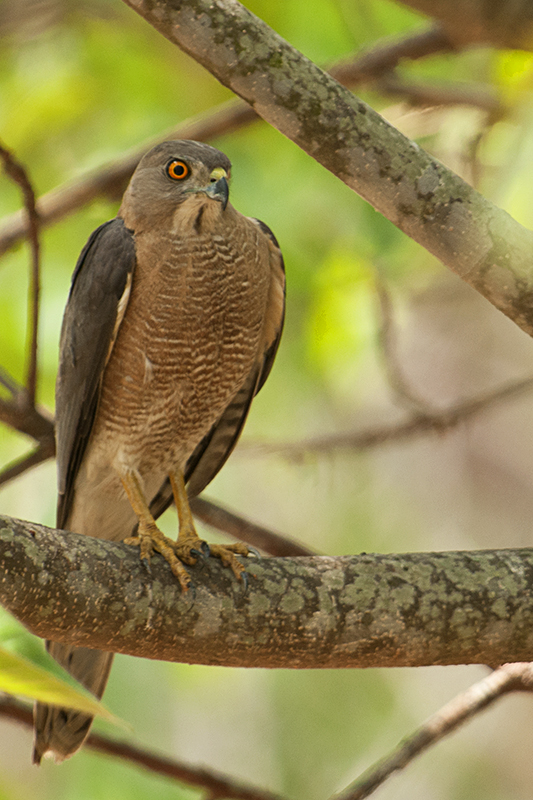 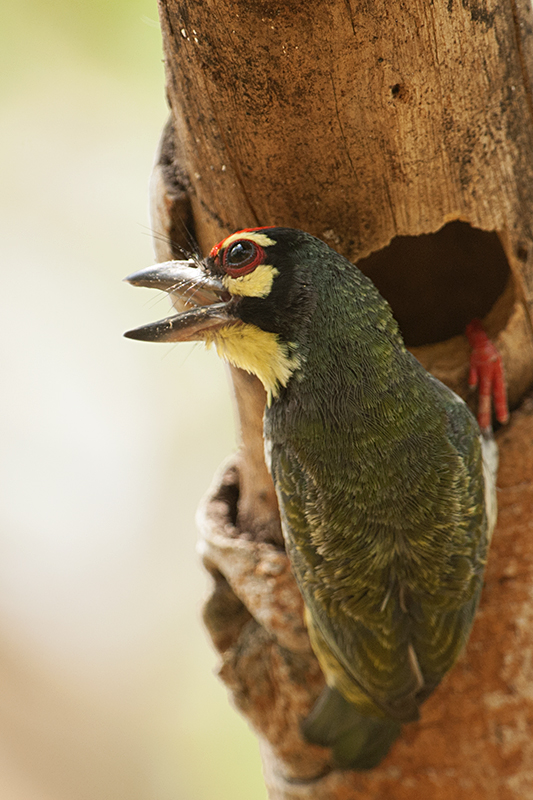 In the meantime, our diligent Coppersmith Barbet took yet another break providing us with a photo op (above). Only this time it looked straight at me (below) as though asking if I wasn’t tired photographing it non-stop for the last two hours in the hot midday sun. 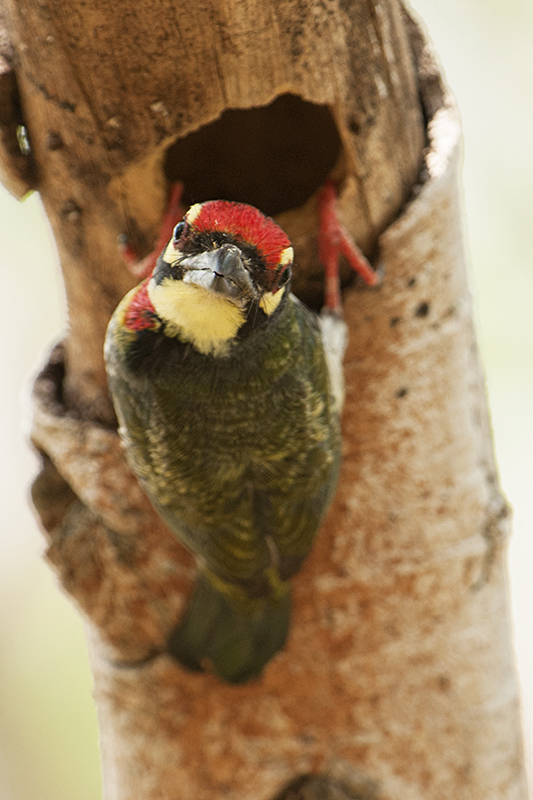