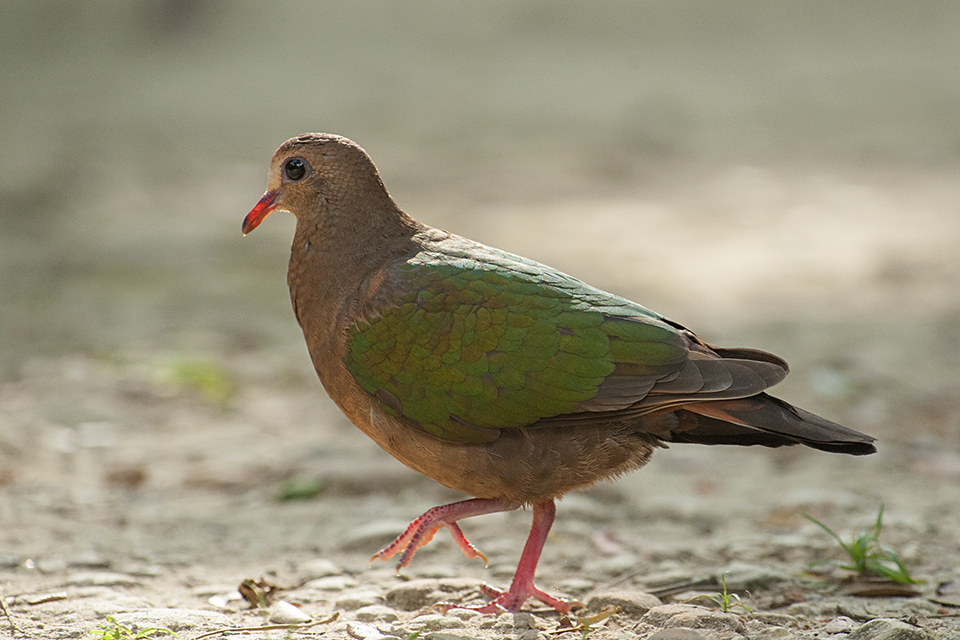 After photographing the Green Imperial Pigeons to my heart’s fill, I sat down along one of the pathways in the resort to check the pictures.  As I did that, from the corner of my eyes, I noticed that a flock of Red-whiskered Bulbuls had descended on a flowering plant and were picking its seeds. 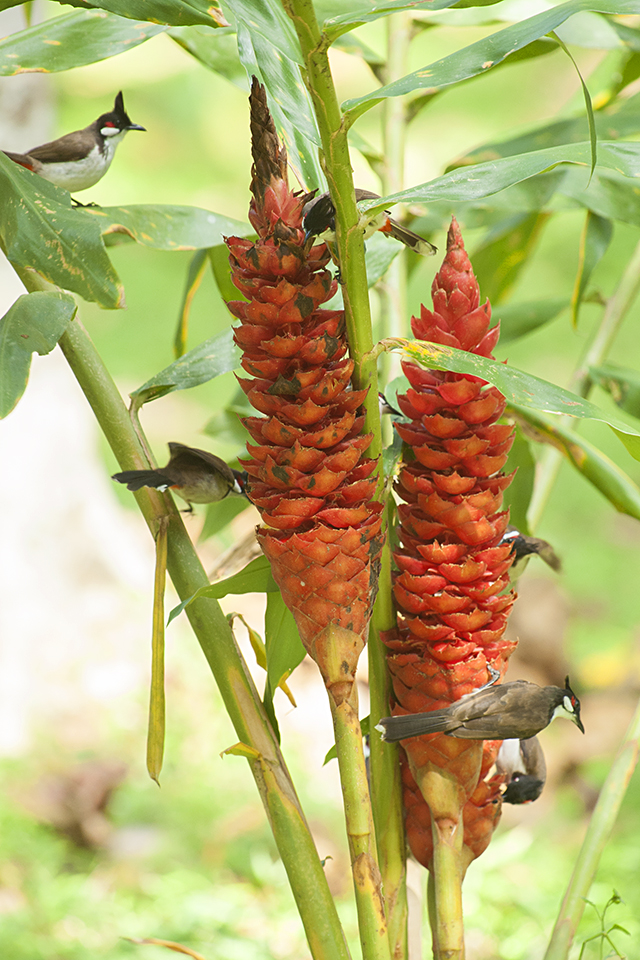 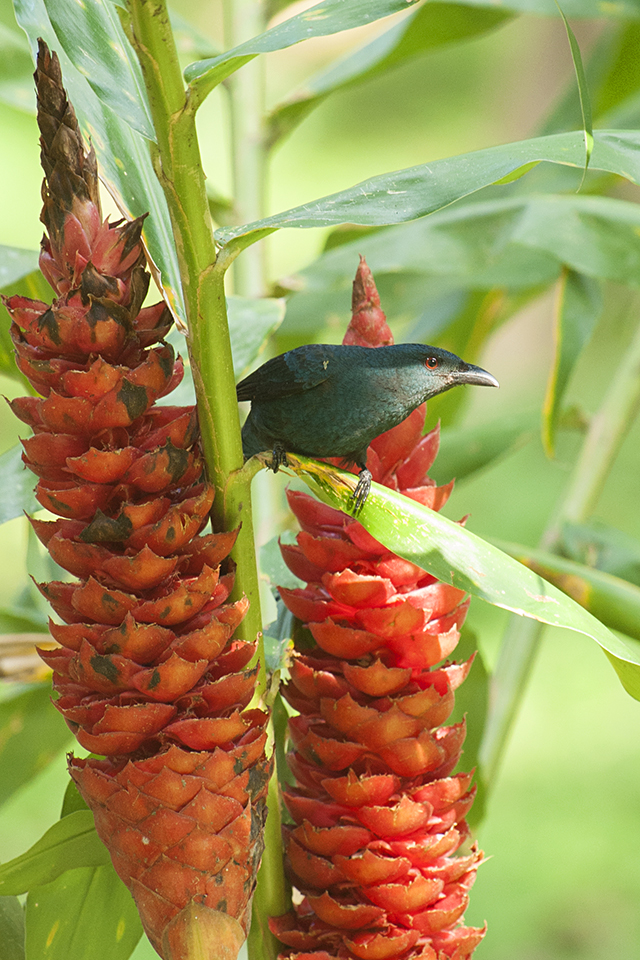 After the Red-Whiskered Bulbuls it was the turn of the Asian Fairy Bluebird. I saw that it was being closely watched by the Bronzed Drongo, that kept coming back to a perch close to me in its quest to catch flies. As I was photographing the Drongo, to my pleasant surprise, a flock of 3-4 Emerald Doves came strolling down the pathway. And I made the final closeup image as the feature image (first image ) of this post. It was my best sighting of the Emerald Dove, till date. 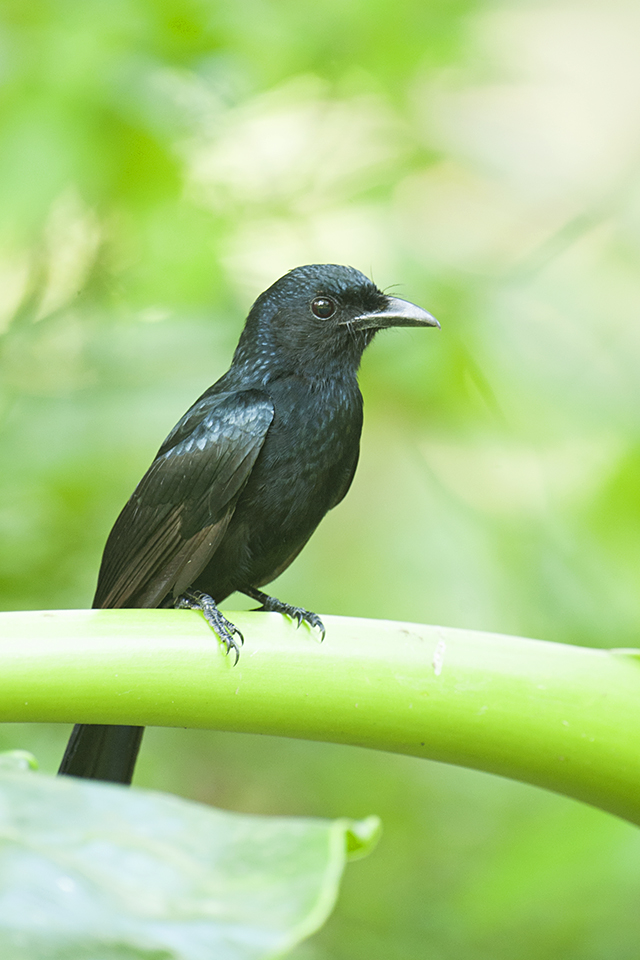 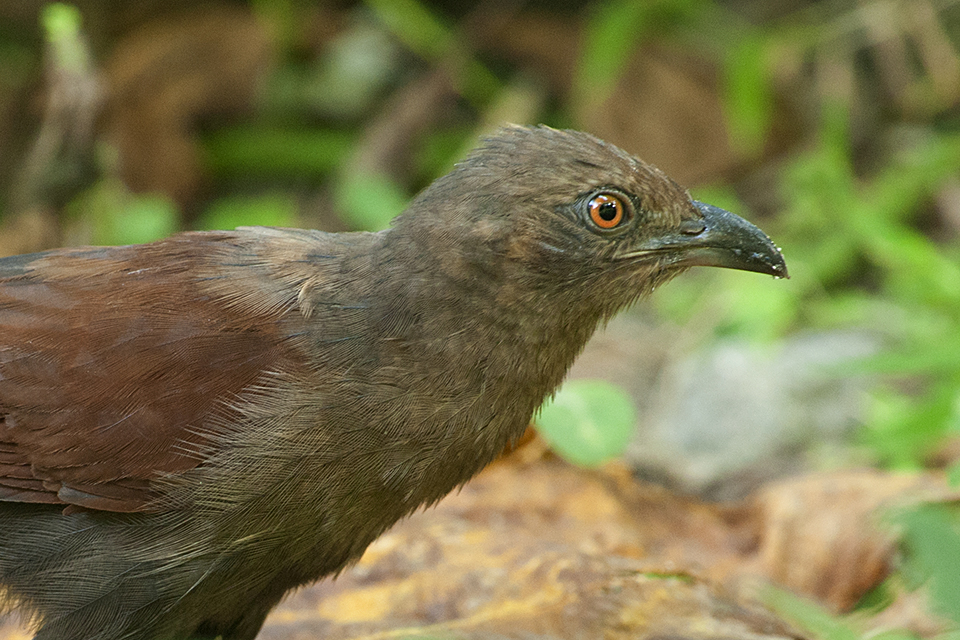 While I was photographing the Emerald Dove, a Brown Coucal hurried passed close by foraging for insects and finally a pair of Black-naped Orioles came by to round off a fantastic session of arm-chair birding at this paradise called Barefoot, in Havelock island. I did not have to move an inch to photograph any of the birds in this post. 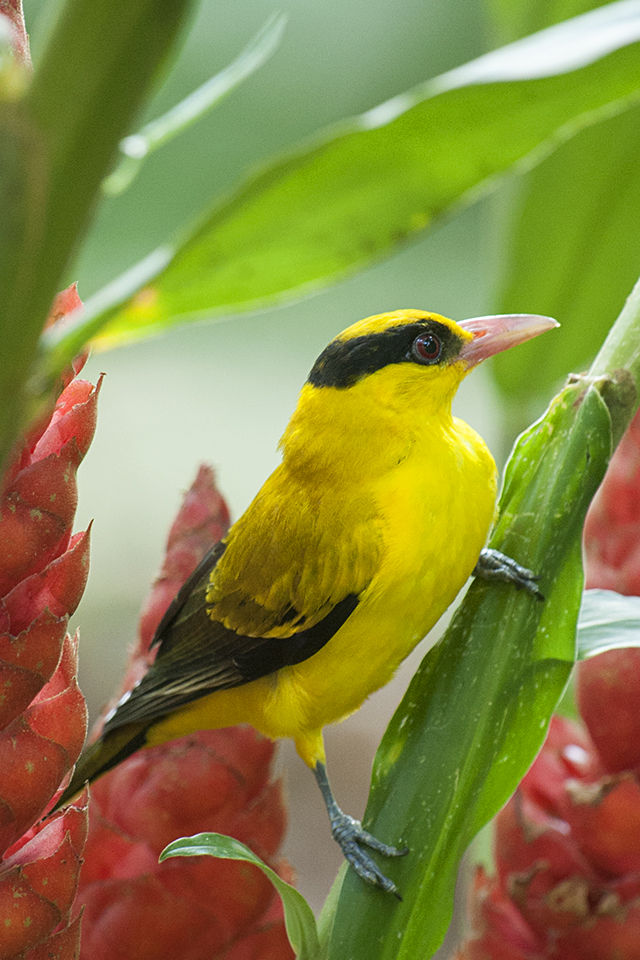