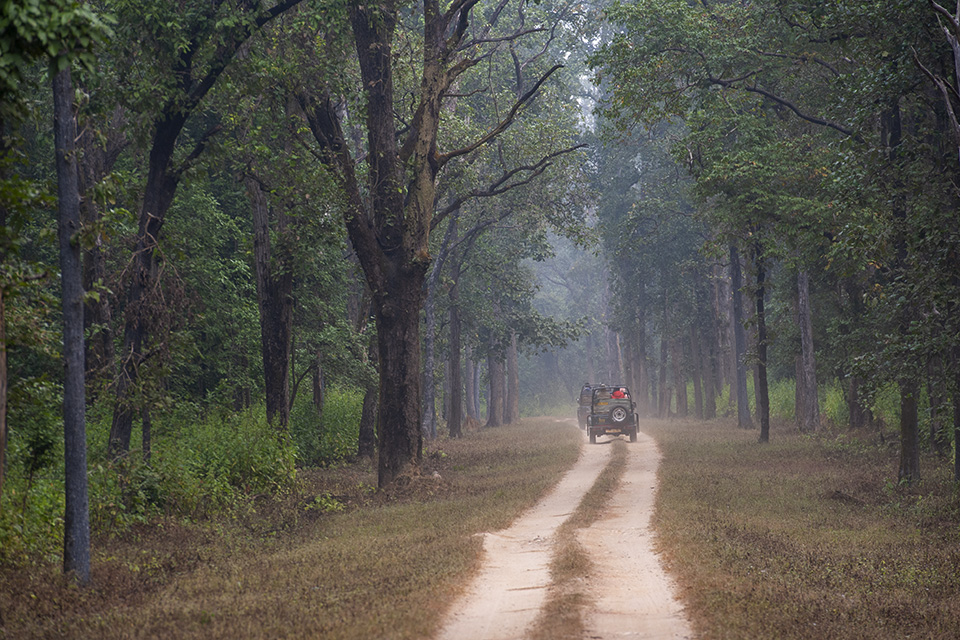 The beautiful and enchanting Sal forests of Kanha National Park make it one of the most picturesque National Parks of India. The feature picture above shows tourists headed into the park for a jeep safari. These Sal forests are home to the endangered Barasingha and many other species of wildlife.

We were fortunate to see a few Tigers on our visit to this park – many of the sightings were fleeting glimpses of this elusive cat, as they skilfully disappeared into the Sal forests. Here is another shot we got of this magnificent animal as it emerged into the grasslands just as we were exiting the park on one of our safari drives.

This huge Male crossed the lake and was about to disappear into the Sal forests, when we caught a glimpse of him. The pack of Golden Jackal were foraging in the forest when we spotted them and one of them was kind enough to give us a nice pose before continuing on their trail.