We got up early and were ready by 5:30 am waiting at the hotel reception to embark on an exciting Balloon Safari into the Masai Mara Reserve. We had earlier photographed Balloons flying across the Masai Mara landscape and were very excited to experience one first-hand. A short drive took us to the starting point of the Balloon Safari. Our pilot gave us some safety tips while the hot air was being blown into the Balloon. We took off just before sunrise and soon were flying low over the Mara River. As we passed over a Hippo pod on the banks of the river, they instinctively ran into the water.

As the Balloon ascended a little higher, we watched the sun rise over the Mara river, which was a spectacular sight. However, we could not capture the action given the fact that the light was pretty low and the Balloon was constantly moving. As the light got brighter, our photo opportunities got better.

We quickly got this image of the Mara river in the foreground with the Mara Serena hotel on top of the hill, before we moved further away. 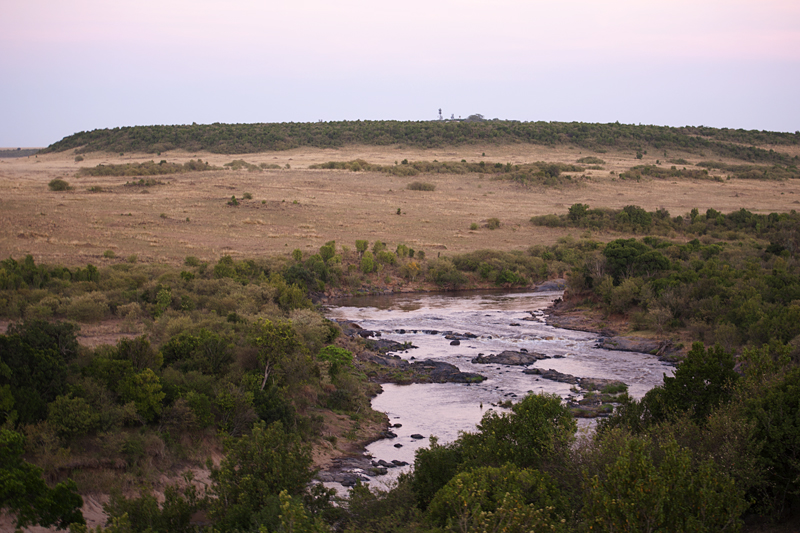 Midway through the Balloon Safari, the golden sunlight emerged and bathed the entire savannah in a golden sheen. The landscape turned into a golden paradise and we clicked away to our hearts fill. Sometimes we composed just the shadow of the Balloon against the landscape and at another time we got more lucky when we passed a herd of Zebras which also formed a cool composition. 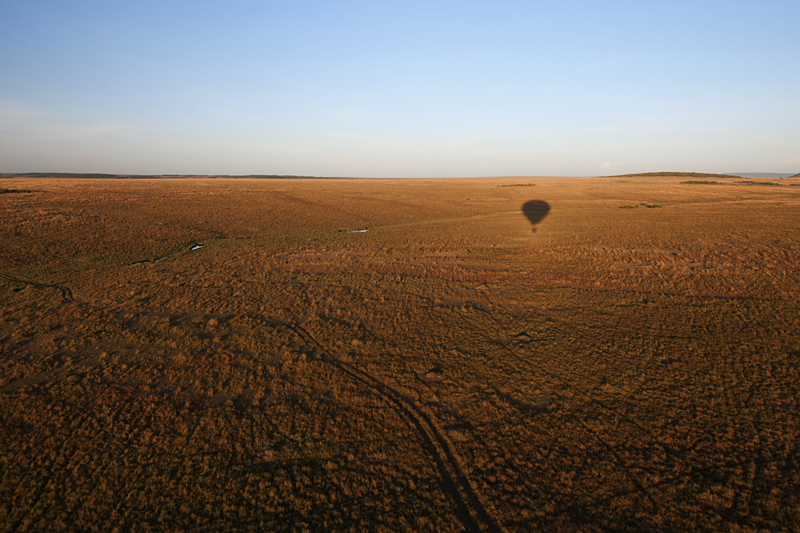 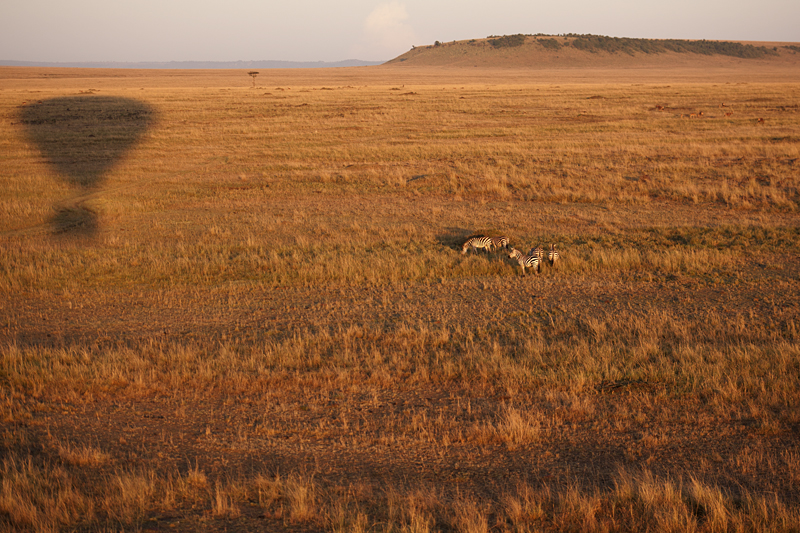 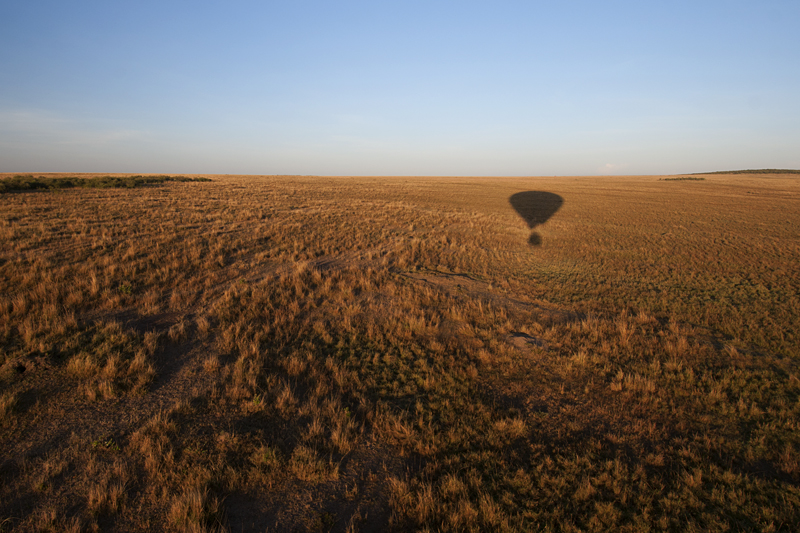 And just when our pilot was searching for a good landing site, we spotted a herd of African Elephants. Our pilot decided it wasn’t safe to land anywhere near this herd, which had a couple of calves with them. We drifted a little further ahead and landed. The moment we dismounted we noticed this Giraffe with a young calf with the distant Balloon in the background. Though it was back lit, we thought it formed a lovely composition and photographed it. 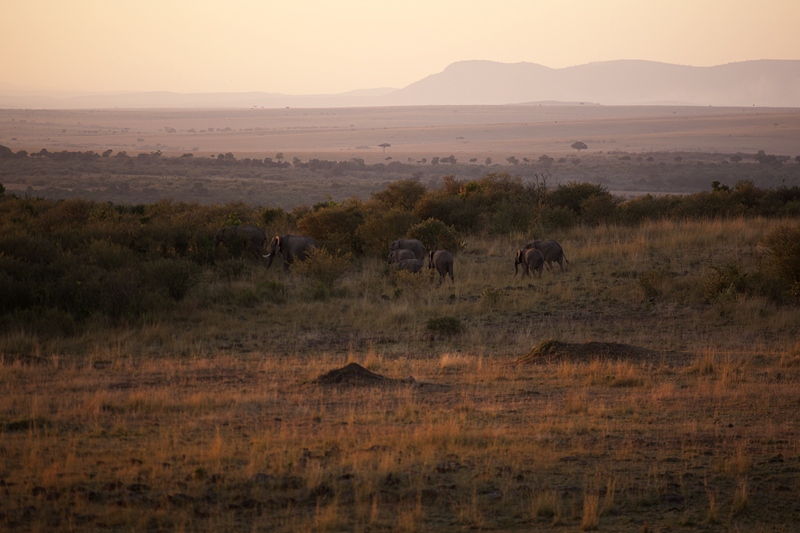 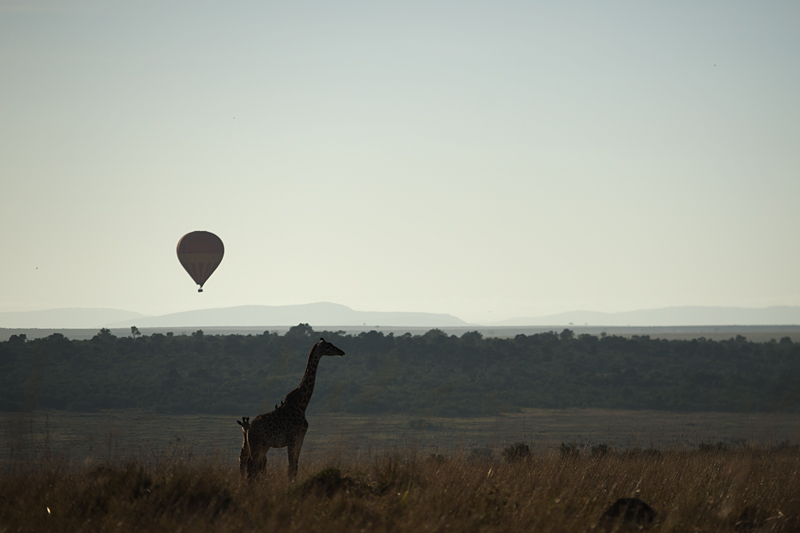