Exciting sighting of a Leopard on a tree in Kabini 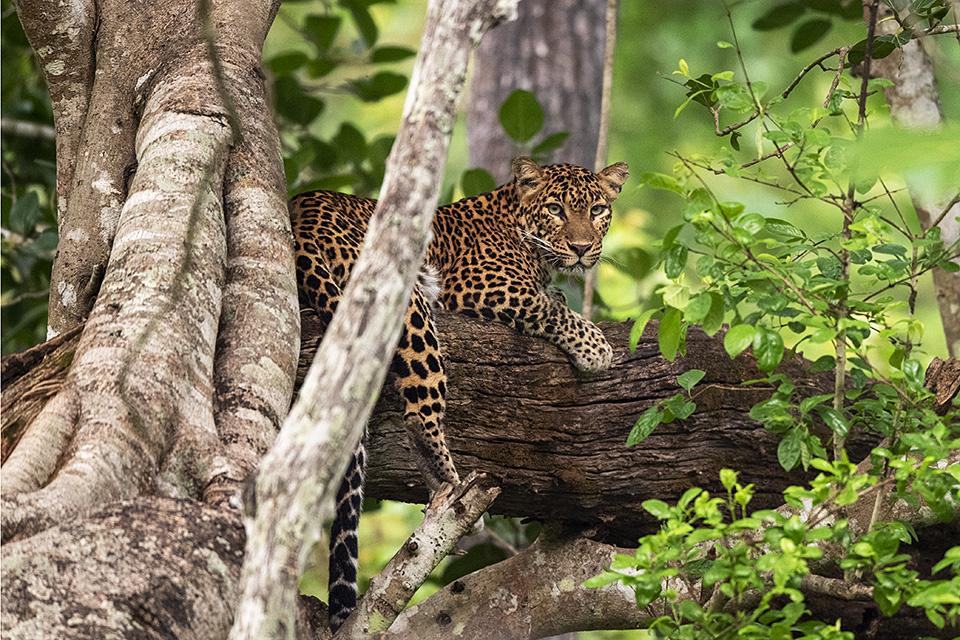 We were photographing the Wild Dogs in Kabini when we got news that someone had sighted a Leopard on a tree. We just had half an hour to exit the park, when we reached the location where the Leopard was spotted. And there she was – a beautiful Leopardess sleeping on a low branch of a tree, close to the road.

There were Chital alarm calls coming from the other side of the road. Initially we thought the distress calls were for this Leopard, but when she kept looking in the direction of the alarm calls, it became clear that there was another predator on the other side of the road as well. Speculations grew as we wondered whether it was a Tiger or another Leopard or maybe the elusive Black Panther.

Soon, the alarm calls grew even more dramatic and the Leopard got up and sat at the edge of the branch intently looking out in the direction of the calls. We inferred from her behaviour that it has to be another Leopard, probably her mate, who was hidden somewhere across the road. Why not a Tiger – because then this Leopardess would have quickly vacated the vicinity. All of a sudden our driver pointed out that we were very late and have to exit the park asap. We were left with no choice and unwillingly left the anxious Leopardess and headed out of the park. We made a mental note to get here early the next morning, to catch more of the action.