Tigress and her favourite son in Tadoba 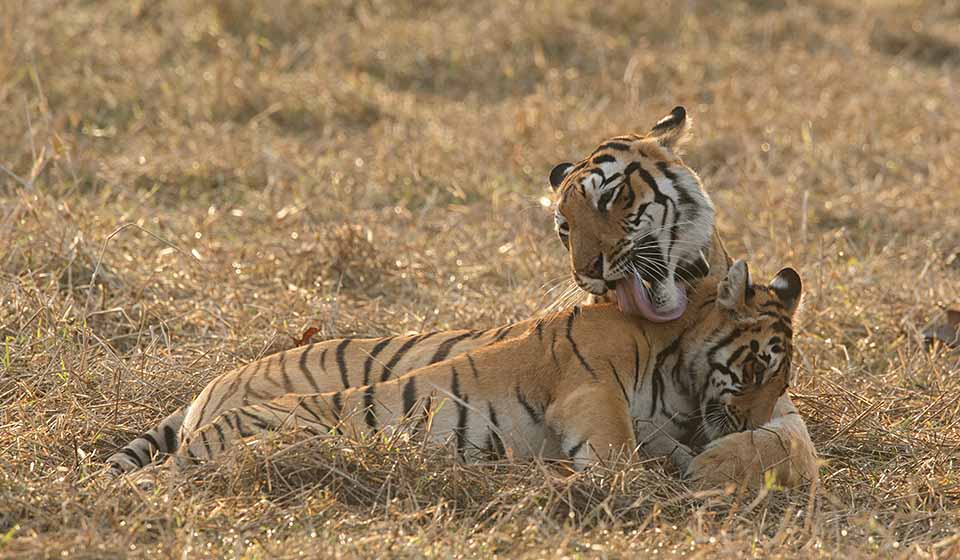 The spectacular sighting of the Tigress (Choti Tara) with her cubs in Taboda National Park will remain etched in our memories forever. I also observed that one of the cubs was more attached to the Tiger mom and she also seemed to be more caring towards it. This lead me to infer that Choti Tara did seem have a favourite son. In this picture (below), the Tiger mom seems to be preening her favourite cub while the other cub looks on. 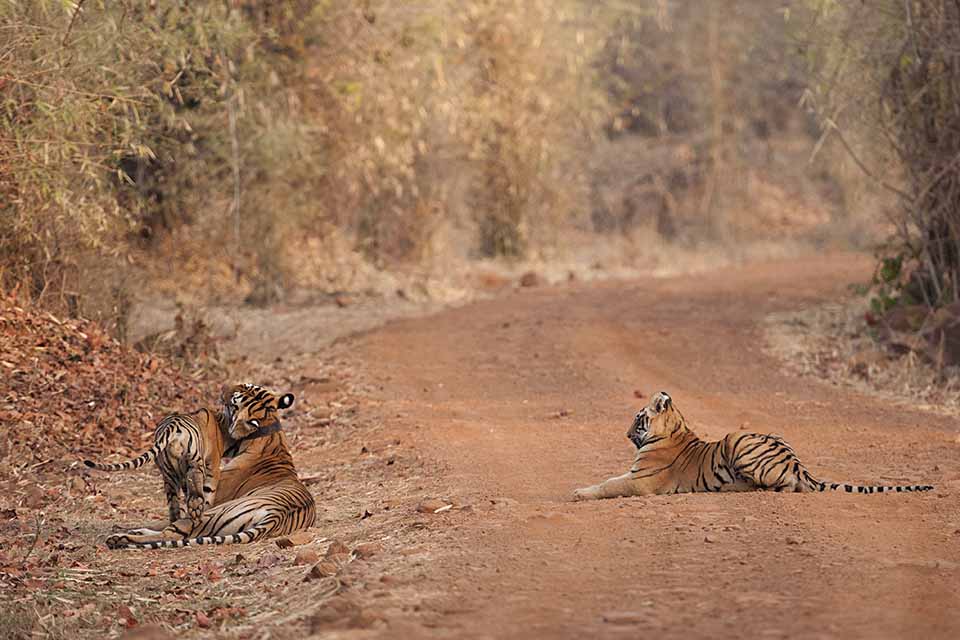 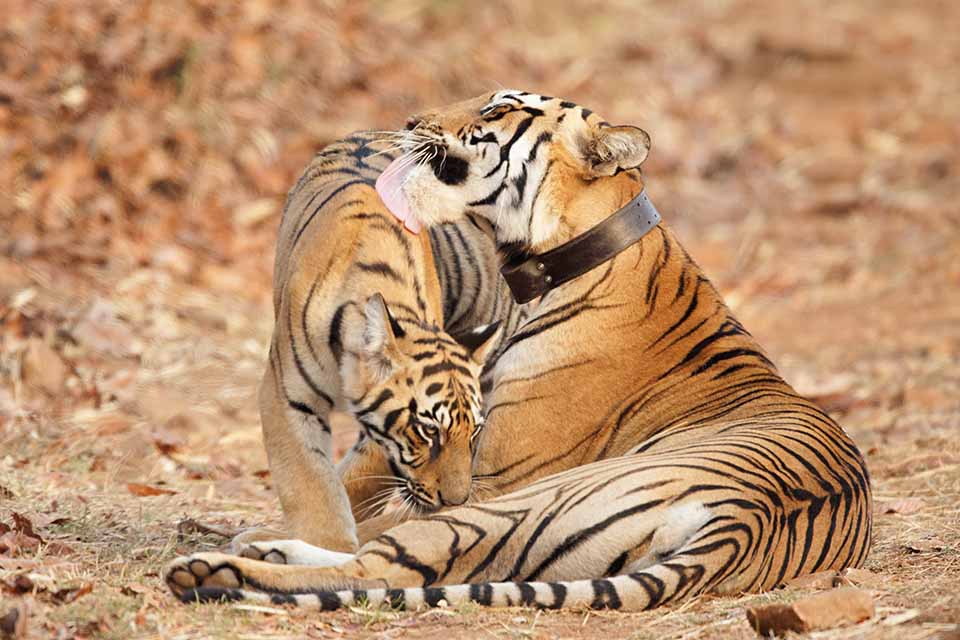 The favourite cub was also the first one to suckle when Choti Tara was resting. And when she led the cubs away, this cub kept close to mom as always and also seemed to be cared for more. 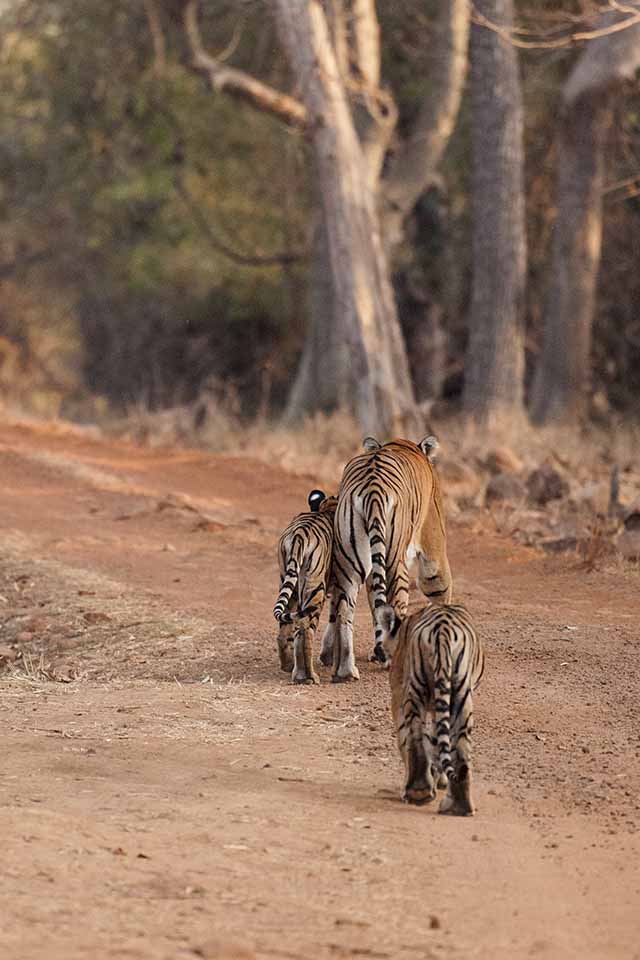 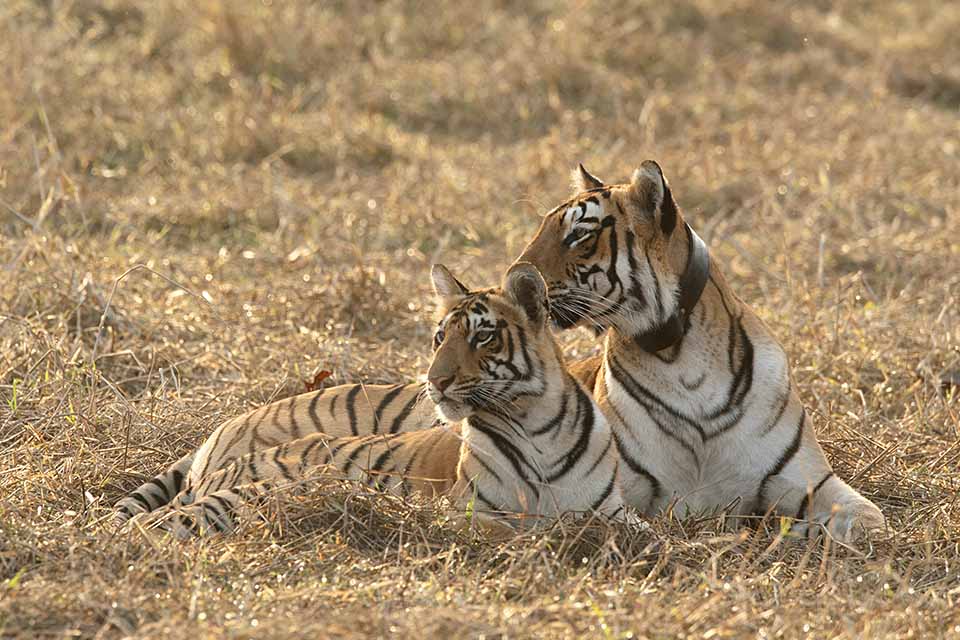 And when the cubs were playing in the open grasslands, this favourite son would rather stick to his mom than be with his sibling. The picture (below) also captures the mother with her favourite son. And in almost all pictures, including the feature image (1st picture), Choti Tara was affectionately preening her favourite son. I don’t seem to have any picture of her showing extra affection towards the other cub. Incidentally this cub also seemed more independent of his mother. 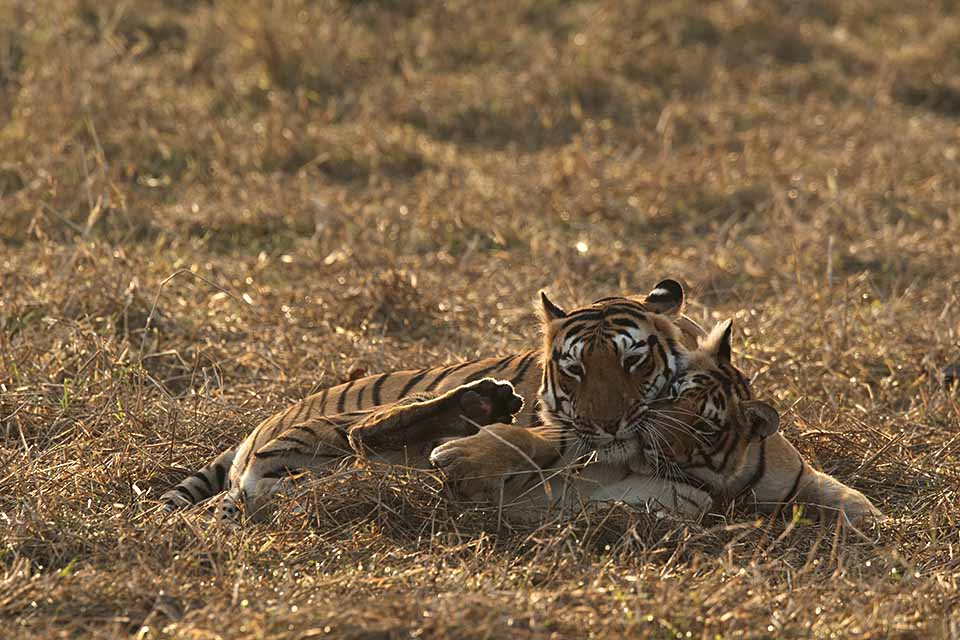