Giraffes watch over each other in Masai Mara

After the intimate encounter with the African Elephant and her calf, we moved on deeper into the Masai Mara Reserve when we saw these two Giraffes standing by the road side a little further ahead. I found their stance very interesting; it was more like they were watching each other’s back. 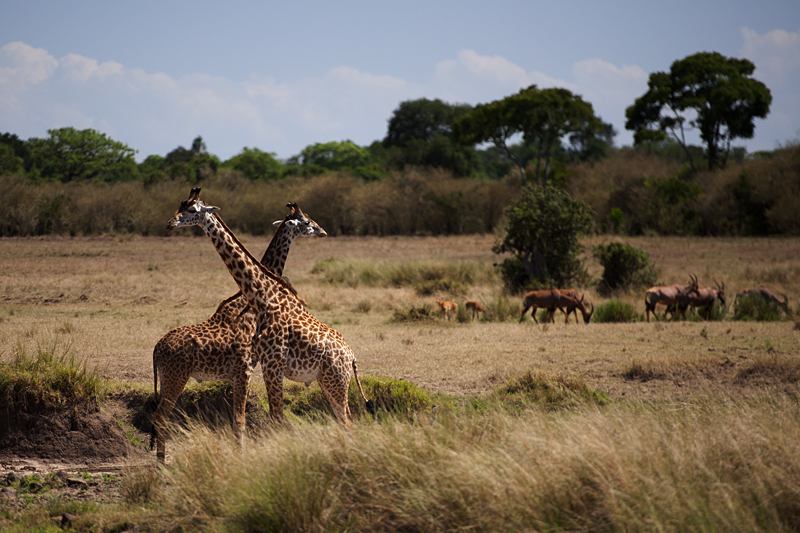 I requested Emanuel, our driver and  naturalist, to stop at a distance so that I could capture their “X” posture (above) without disturbing them. While I was photographing them, another tourist vehicle decided to get a closer look and they drove right next to these Giraffes. Before the Giraffes got disturbed, I managed to get all three of them, the two Giraffes in their stance and the tourist vehicle (below) in the same frame. 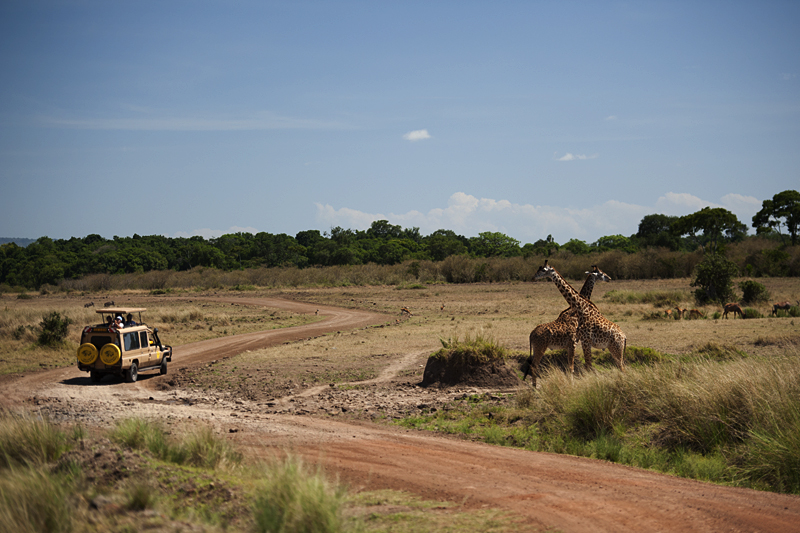 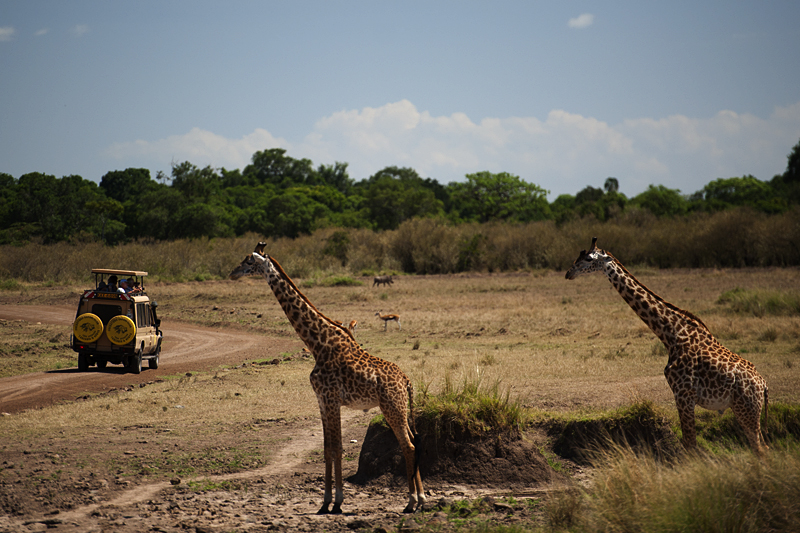 After spending a few minutes with the Giraffes, that vehicle moved on and almost immediately(above), the two Giraffes moved closer to the road. It was now clear that they were waiting to cross the road and move deeper into the African Savannah. As the two Giraffes waited for the other vehicle to move further (below),  though the strong mid-afternoon light was making photography challenging. 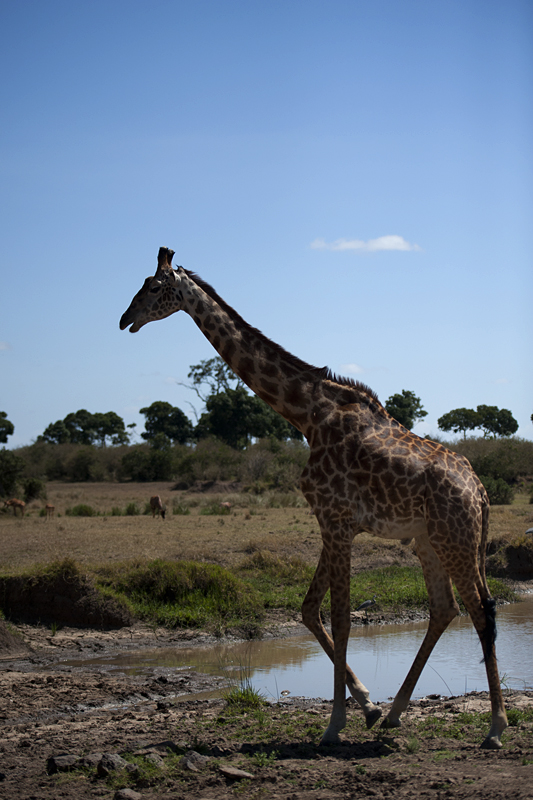 We did not have to wait long before the Giraffes crossed the safari road, giving us frame filling compositions (below). And after they crossed over, one of them was so perfectly positioned against the Mara Savannah, that it gave me the opportunity to get “the typical Giraffe in habitat shot”, which I used for the feature image of this post. 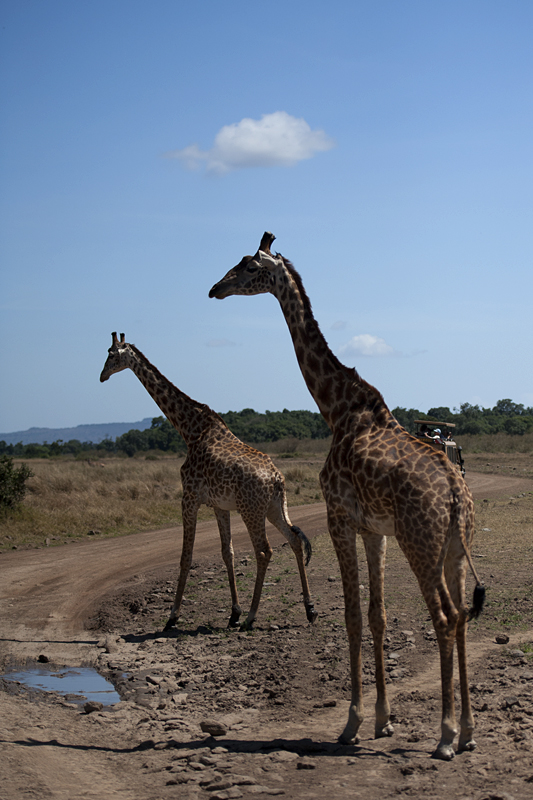