Hilarious performance by a Rock Hyrax

After the exciting, spectacular sighting of the nomadic Lions in Masai Mara, we were walking back along the pathway leading to the cottages when I spotted something scuttling away into the bushes that line the pathway. 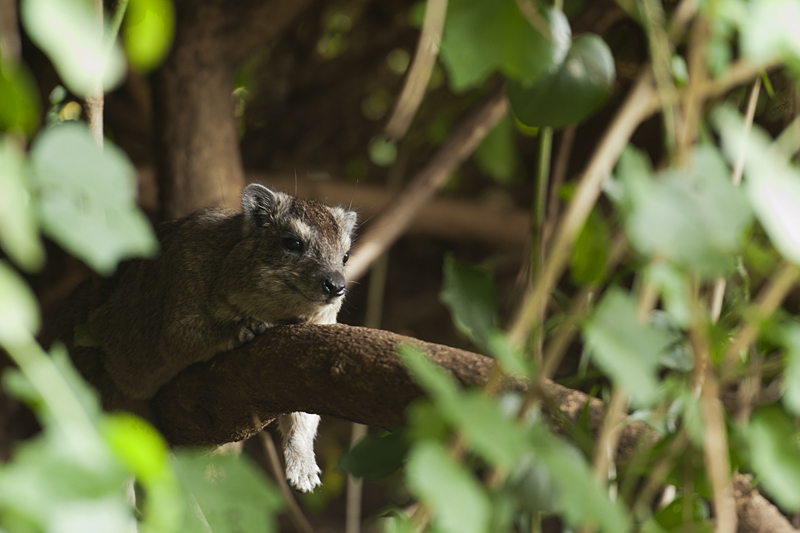 Soon I realized it was one of the many Rock Hyrax that are found in the Mara Serena property and I photographed it, posing beautifully from the low hanging branch (above). Given that Rock Hyrax use this stoned pathway for their mid day sun bathing, it did not take me long to spot another one.  This time I maintained my distance and quickly took a crouched position as I sat on the pathway. However, this Rock Hyrax seemed a bit more friendly and curious about me (below). 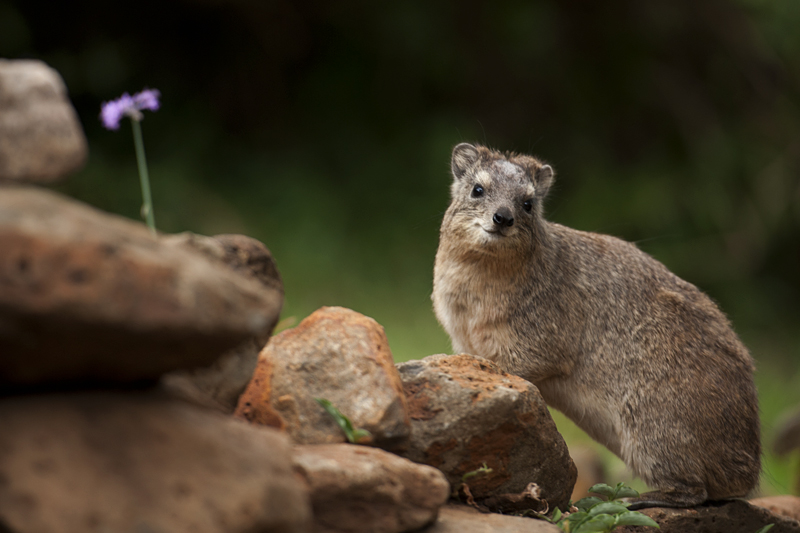 As soon it realized that I meant no harm, it slowly walked onto the rocky ledge giving me the opportunity for a full frame portrait composition (below). Since I was sitting on the pathway, it quickly disappeared from my viewline. I was hoping that it would come back onto the pathway, but it didn’t. 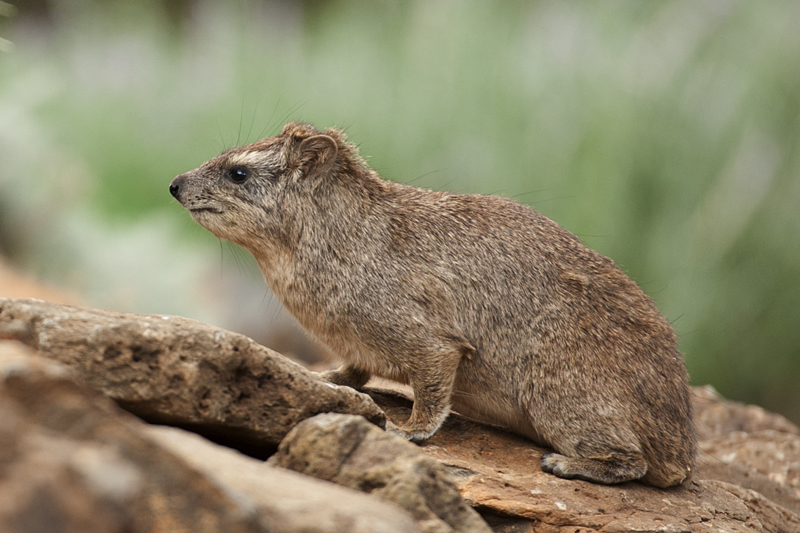 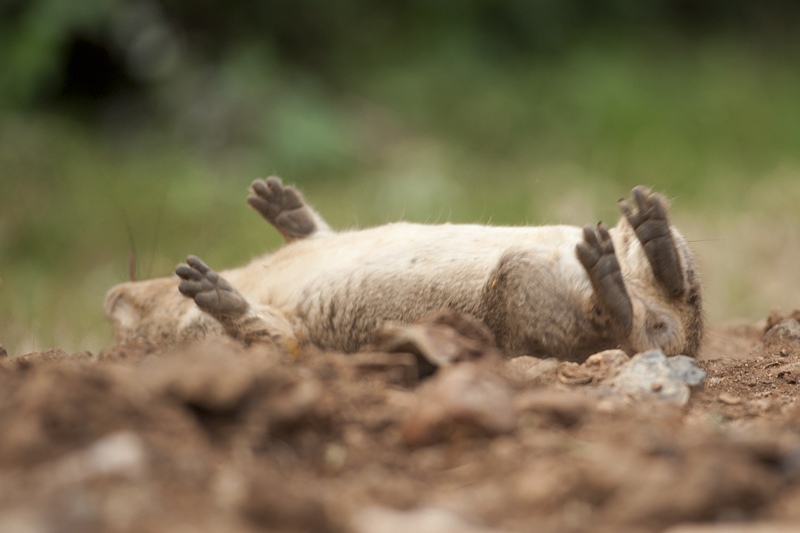 After a couple of minutes of waiting I slowly got up to spot it again and to my pleasant surprise, the Rock Hyrax was right there gleefully playing on the rock ledge. It kept rolling over (above & below) from side to side in the mud. At one point it stopped, picked up a small rock in its mouth and I captured that for the feature image (first picture) of this post. Soon it was time to go on the evening safari and I walked back to the cottage to get my camera ready for the oncoming safari into Masai Mara Reserve. The last time we witnessed a playful show by the closest relatives to the tiny Rock Hyrax was in the Indian wilderness. 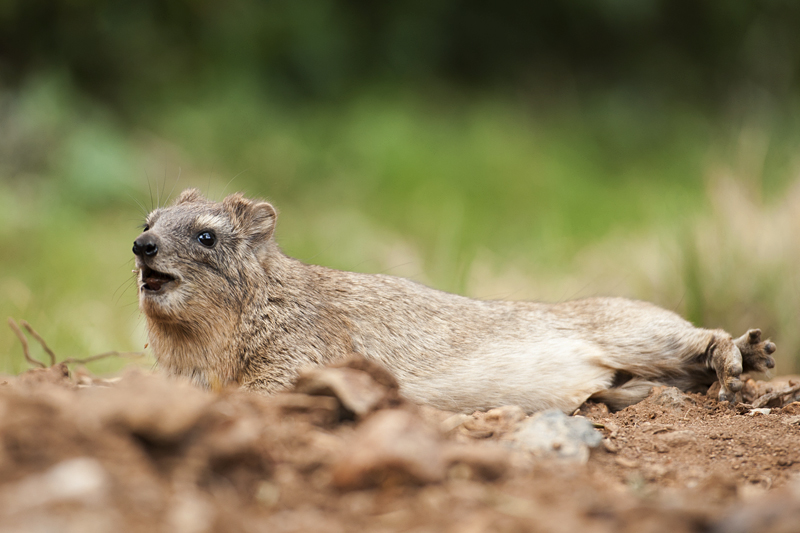