In search of a Hoopoe Lark in Little Rann of Kutch

We left early in the morning before sunrise from Rann Riders  since we had a long drive to reach the area known for the Hoopoe Lark. After about an hour’s drive we finally reached a remote part of the Little Rann of Kutch. Since we were one of the first jeeps to arrive, we drove around searching from bush to bush for Bustards, which have also been spotted in this area. After about half an hour of unsuccessfully searching for the endangered species, we were about to give up when we spotted a raptor perched on a bush nearby. We approached the subject with caution and soon identified it as the Peregrine Falcon. We stopped to take a couple of record shots. But as soon as the Falcon noticed us showing interest, it flew away. We then decided to go looking for the main subject of this safari, the Hoopoe Lark. 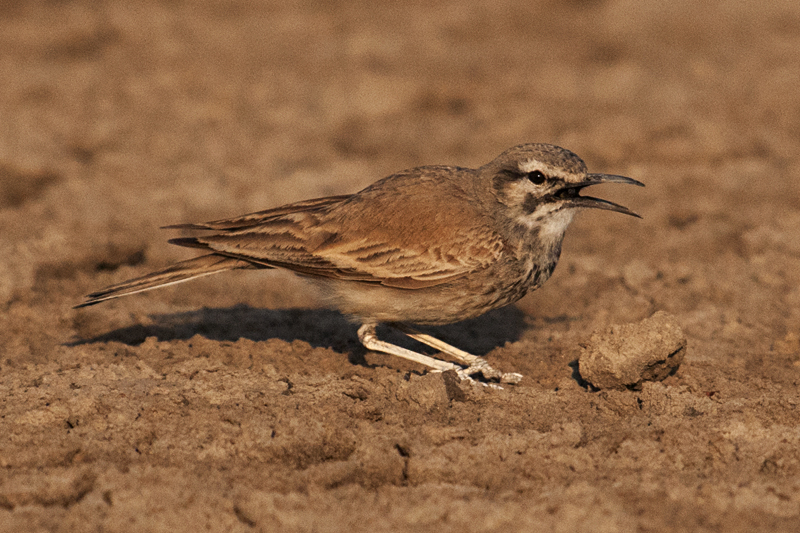 Soon our driver & guide spotted a pair foraging at a distance. We slowly drove closer to them and watched them as they were busy looking for insects hidden in the cracks on the dry ground. We kept following them around for sometime in the hope that they would lead us to their nesting site. But unfortunately the pair were in no hurry to get back to their nest. 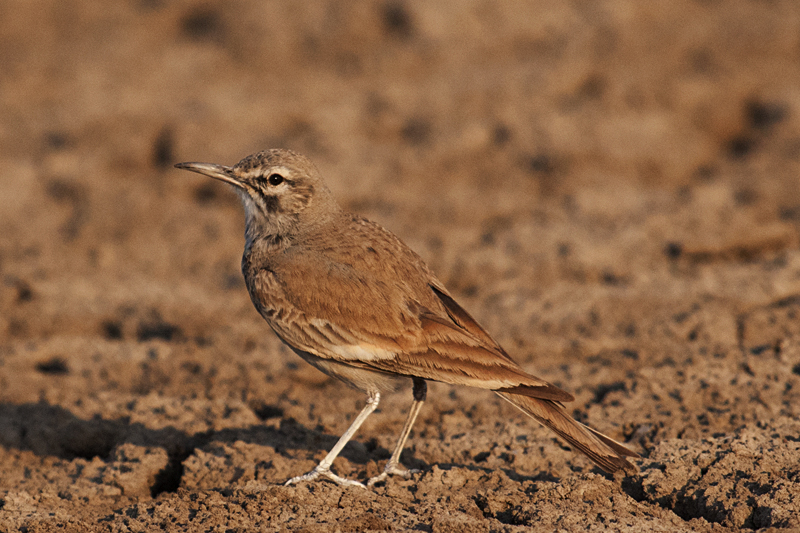 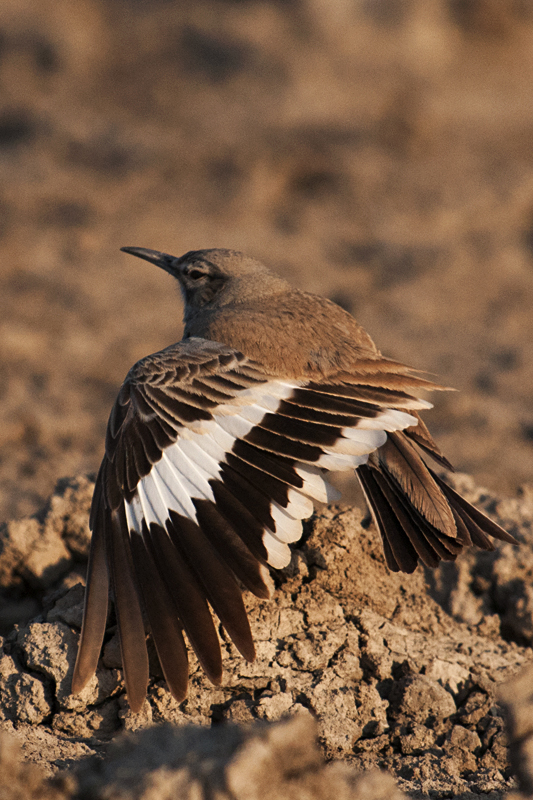 At one time we spotted both the Hoopoe Larks taking a break from the foraging to preen themselves, thereby giving us a good photo opportunity. Soon our driver gestured to something in the distance and we realised it was a Peregrine Falcon. We gave up the pursuit of the Hoopoe Lark to try our luck with the Falcon. But the raptor never let us close and we managed this record shot before we turned around to get back to the resort. 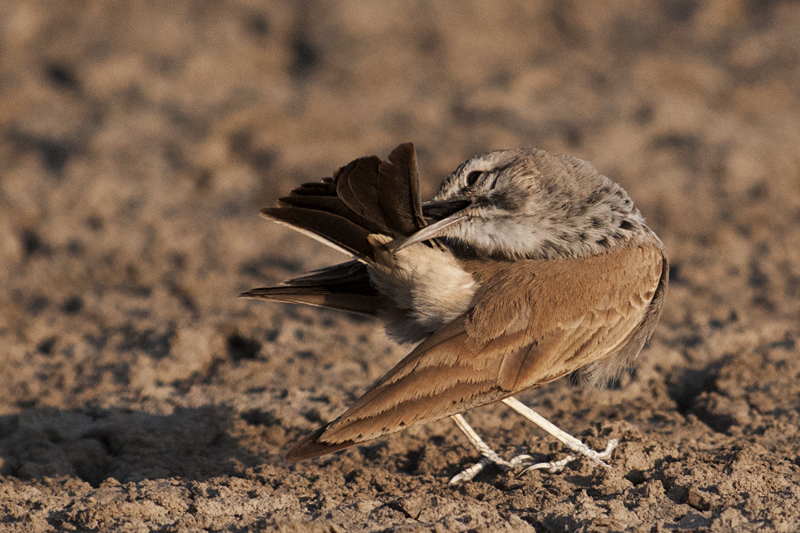 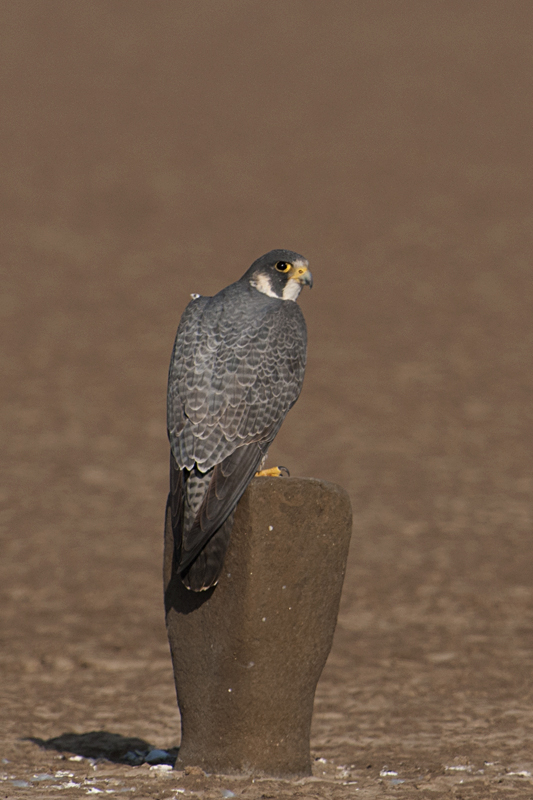 As we were exiting this area of the Rann, we noticed something else move in the distance and we were delighted to know that it was a Macqueen’s Bustard, an endangered species. We quickly got our record shots before it flew away into the horizon. 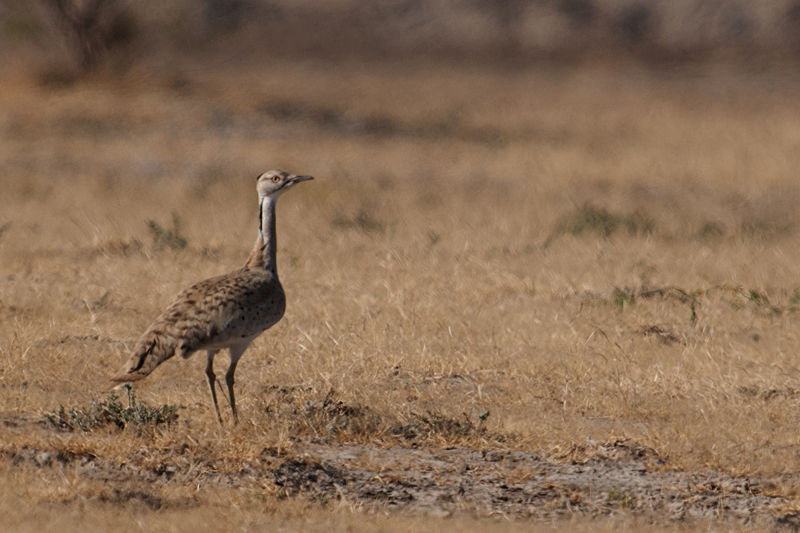