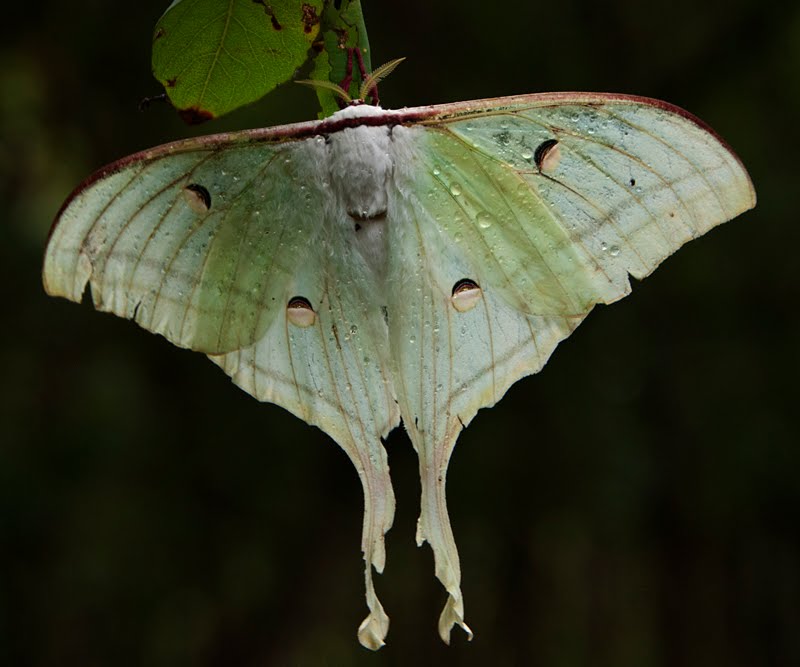 This post is about a sighting of a different kind though. One evening just as we were stepping out of our cottage at Tusker Trails to go for dinner, we saw another guest photographing something under the lights. On closer inspection we noticed that he was photographing a beautiful, big Moth that he mentioned to be an Atlas Moth. It was indeed one of the biggest Moth we had ever seen and we clicked a few record shots.

Later when we checked the images we realized that the built-in flash did not help the quality of the images and we just hoped that we would get to see the Moth again. We were lucky as the very next day we found the same Moth perched on a tree in broad daylight. The reason this Moth, which is known to be active only during the night, was still there was because it was too drenched to fly, a result of the heavy downpour the previous night. This gave us an opportunity to photograph some frame filling compositions of this beautiful Moth. And only later we realized that it wasn’t the Atlas Moth, but the beautiful Indian Moon Moth also known as the Indian Luna Moth. 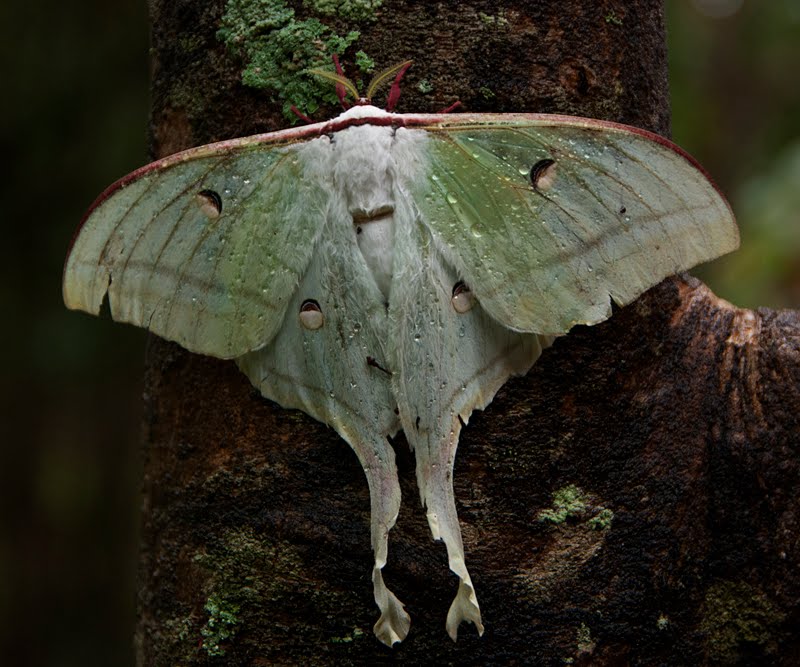 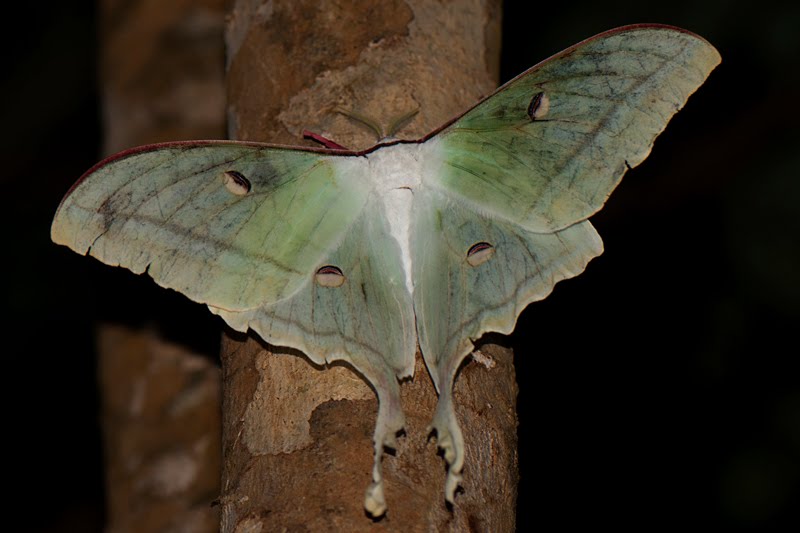 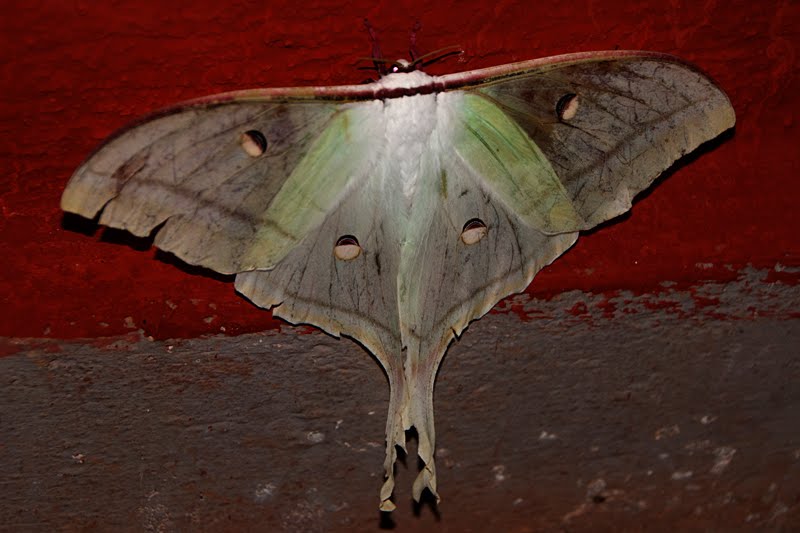 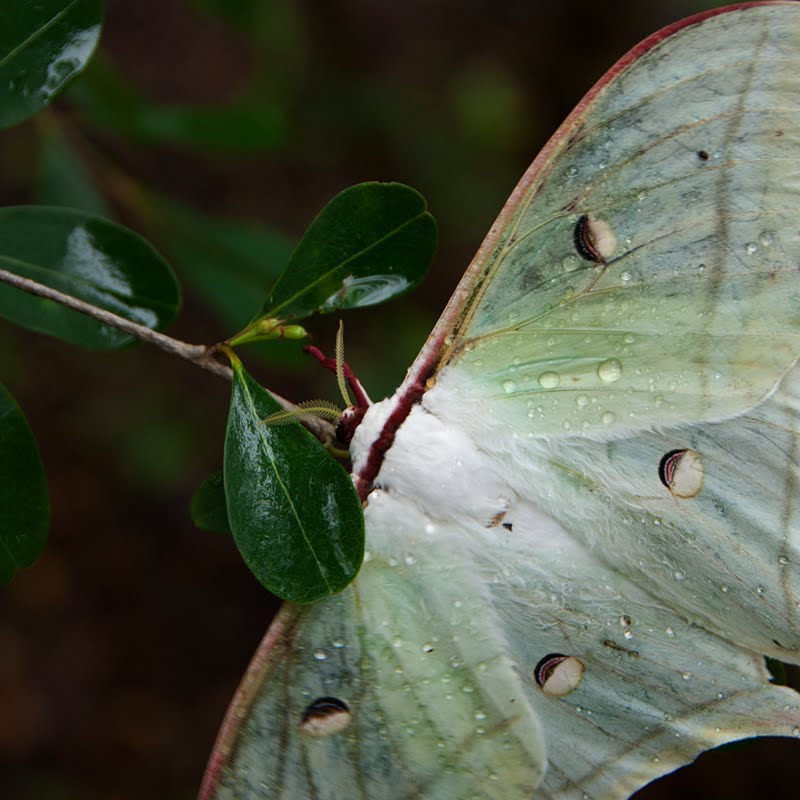