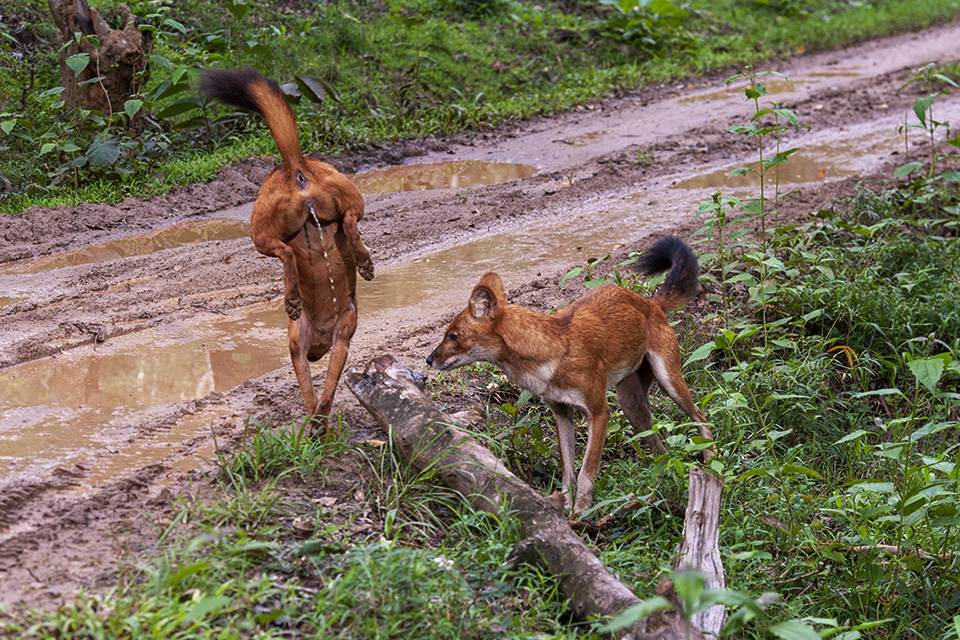 We wanted to describe an interesting experience with Wild Dogs, commonly known as Dhole, in Kabini. While we were on this drive in Kabini, we spotted a pack of three Wild Dogs strolling ahead of us on the tracks. We stopped to take a picture of the three moving in unison. The Wild Dogs stopped by a log along the tracks since they caught scent of something.

It was a fallen log by the side of the track that caught the attention of the Alpha Male. He then caught the scent of something else, presumably another Wild Dog pack that might have passed along the same log. So he vigorously scent marked it. The dominant female Wild Dog, his partner, scent marked the log as well in an interesting manner as showcased in the feature image of this post.

Then the dominant pair took it to the next level by scent marking simultaneous,. This was the first time in many years, that we had seen this – Wild Dogs scent marking their territory with such intensity. Basically that made sure whatever scent was there on that log was now completed replaced with their scents. Finally they were satisfied and took a breather by posing for us, before they disappeared into the lantana.