Its raining Cats in Ranthambore 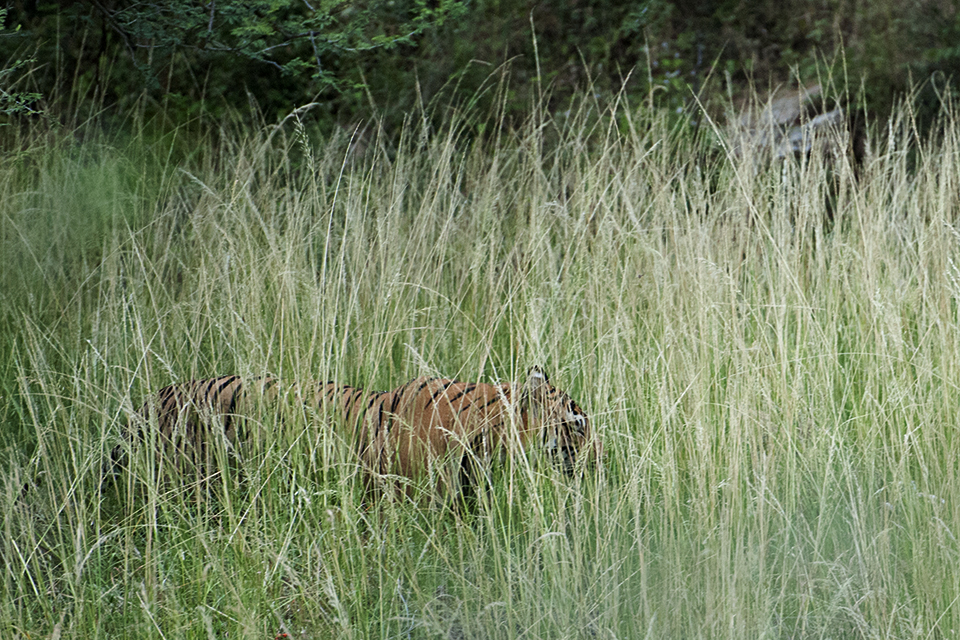 During the first few safaris in Ranthambore National Park, we did not spot any Tigers. We were not disappointed because we knew that it was just a matter of a couple of more safaris before we would have a sighting. And finally we opened our account with the fascinating sighting of Arrowhead. You can read about how Arrowhead became a roadblock in this post. 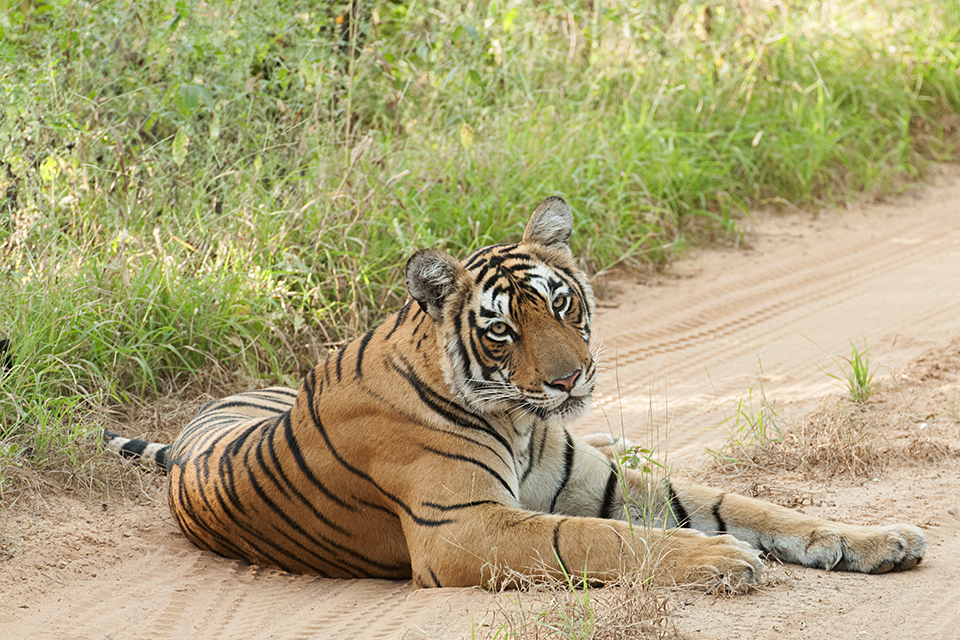 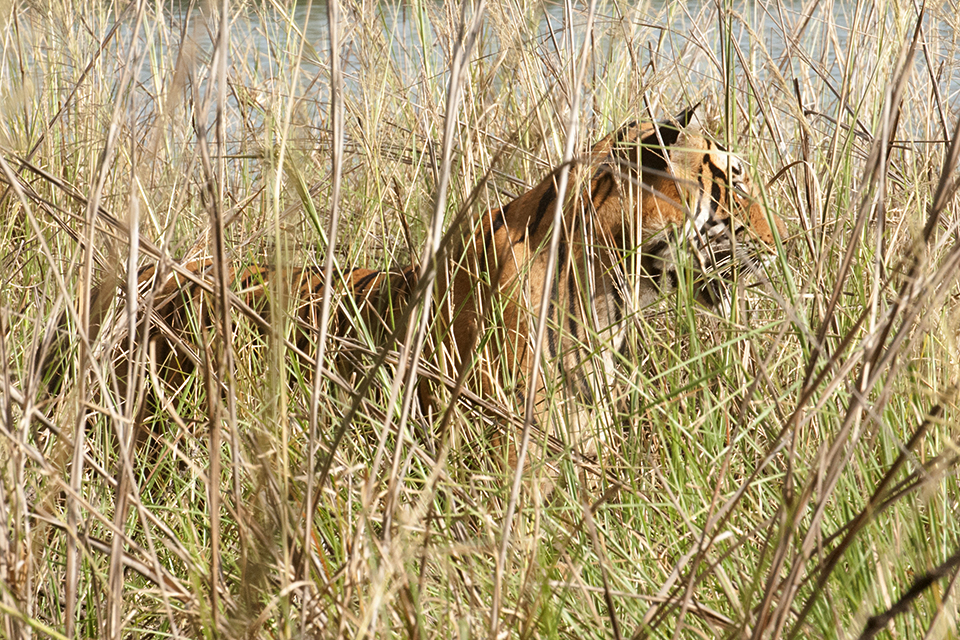 Towards the end of the same safari, we spotted Pacman, who later crossed the road behind our jeep in a majestic appearance. Now that we started sighting Tigers, the floodgates opened and it was raining cats thereafter. Later in the evening when we were exiting the park, another Tiger gave us an amazing sighting. Given that it was outside the park on the main road to the Ranthambore fort, it created a traffic jam of sorts. The ranger was called to clear the road. Here are a couple of pictures of that sighting. The Tiger walking in the tall grass was a beautiful picture that we made the feature image (first image) of this post. 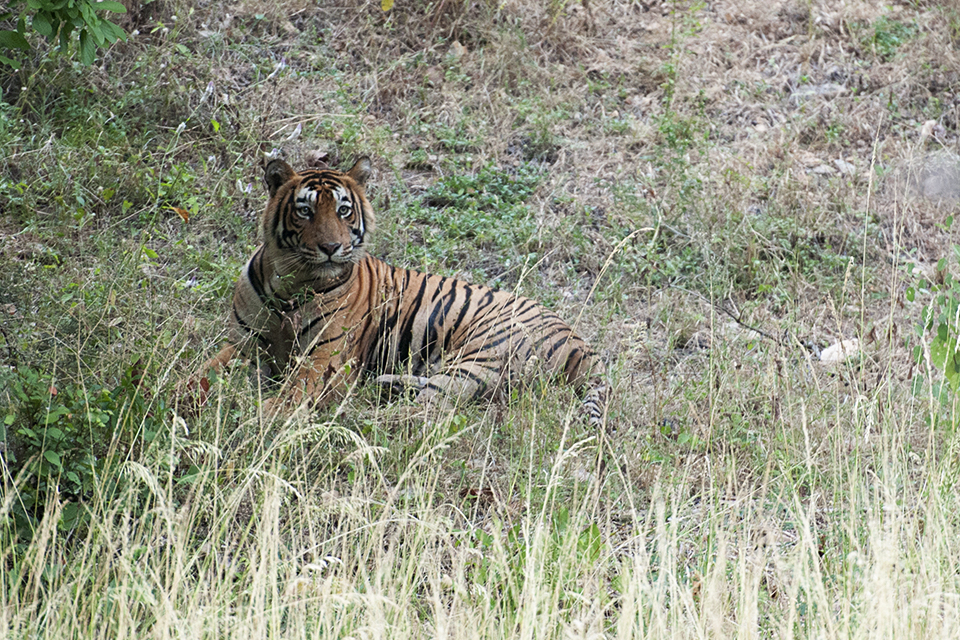 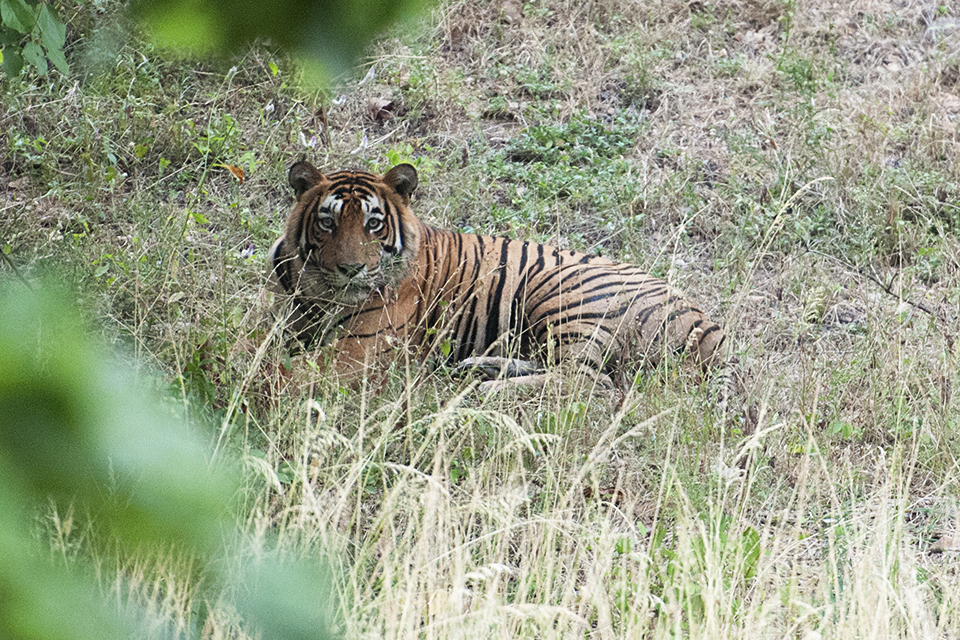 Finally in the penultimate safari of this trip, we sighted Arrowhead’s other sibling nick-named “Lighting” by the forest officials. We came to know that the name was given because of the distinct markings that the Tigeress had on her left ear. We spent a really long time waiting for her to show herself fully. However, she refused to turn around and this is all we got in the one hour that we waited for her to show her face to us. 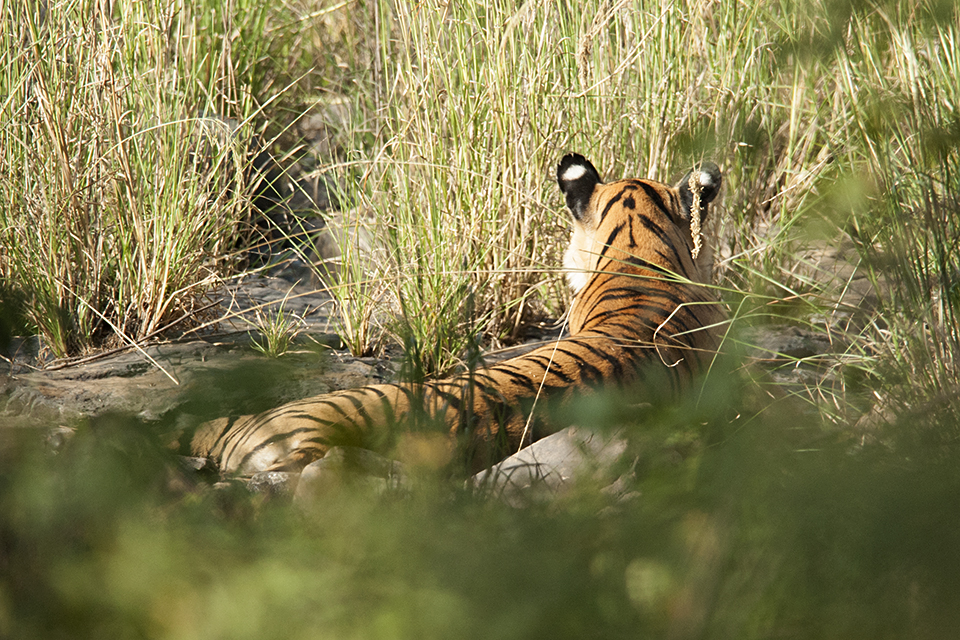 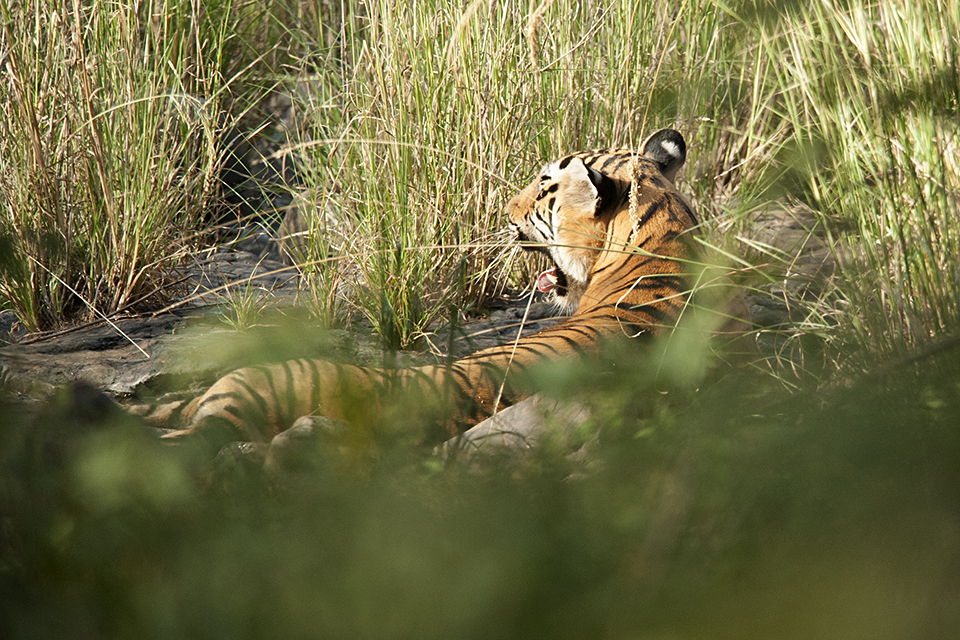 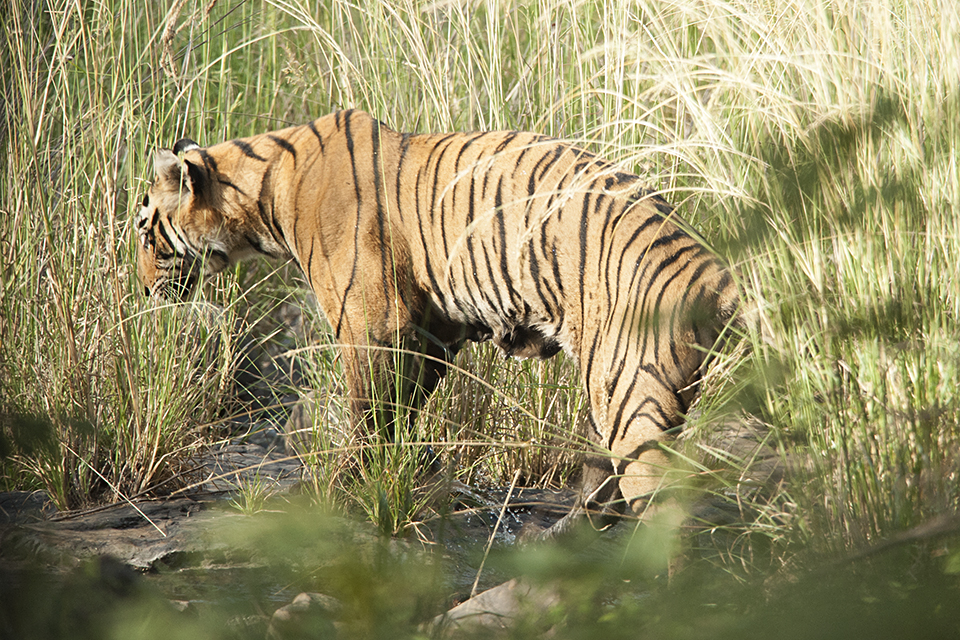