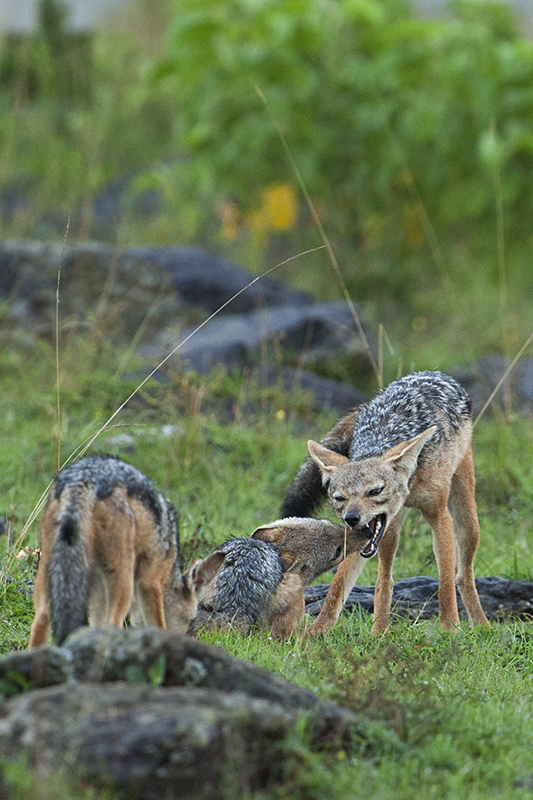 We set out on a safari in Maasai Mara on a cloudy morning with rain in the air. Soon enough it started to rain and the drizzle drenched the African Savannah in a blank of water droplets. We didn’t see much except for a lost Hippo that crossed the jungle tracks. A little further ahead a Spotted Hyena hurriedly crossed our path. We saw it quickly join some more of its kind. It was nice to see the hierarchical behavior in this Cackle of Hyena. We moved further ahead while it was constantly drizzling. We then spotted a Jackal mother just as she joined her pups, presumably from a recent hunt. It was amazing to see the pups encourage her to regurgitate and we captured that moment in a few clicks. 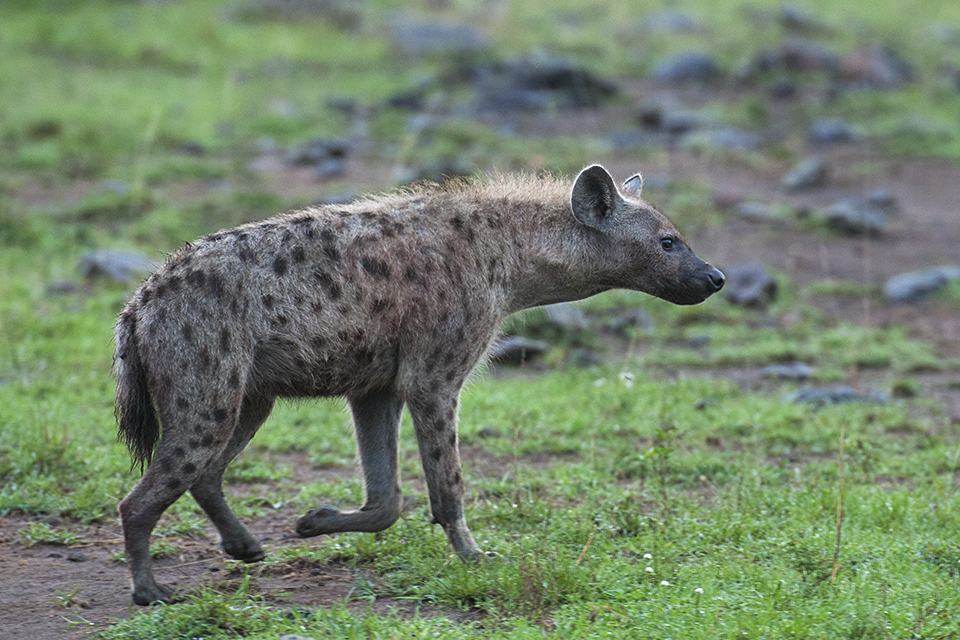 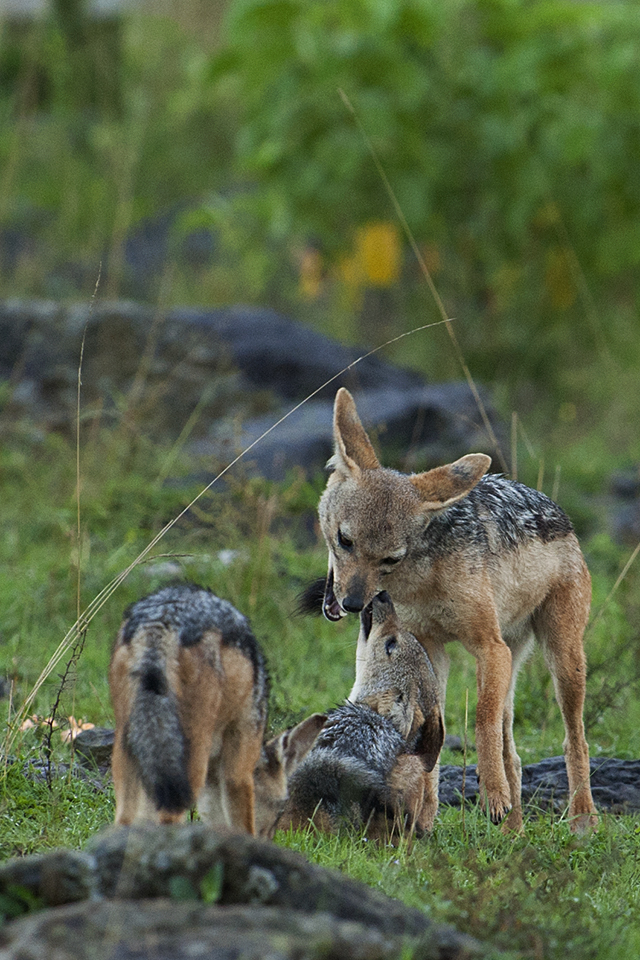 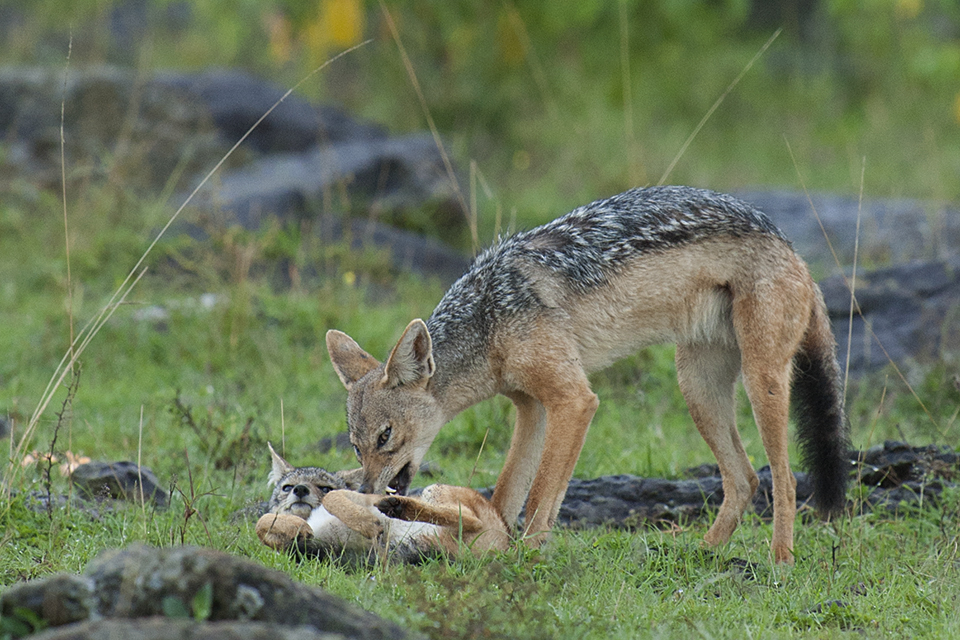 One of the parent Jackals then went about the task of preening a pup, which was a nice moment. And while this was happening, another Jackal sat patiently on a ledge surveying the Maasai Mara plains. At one moment he looked directly at us making for a lovely composition. 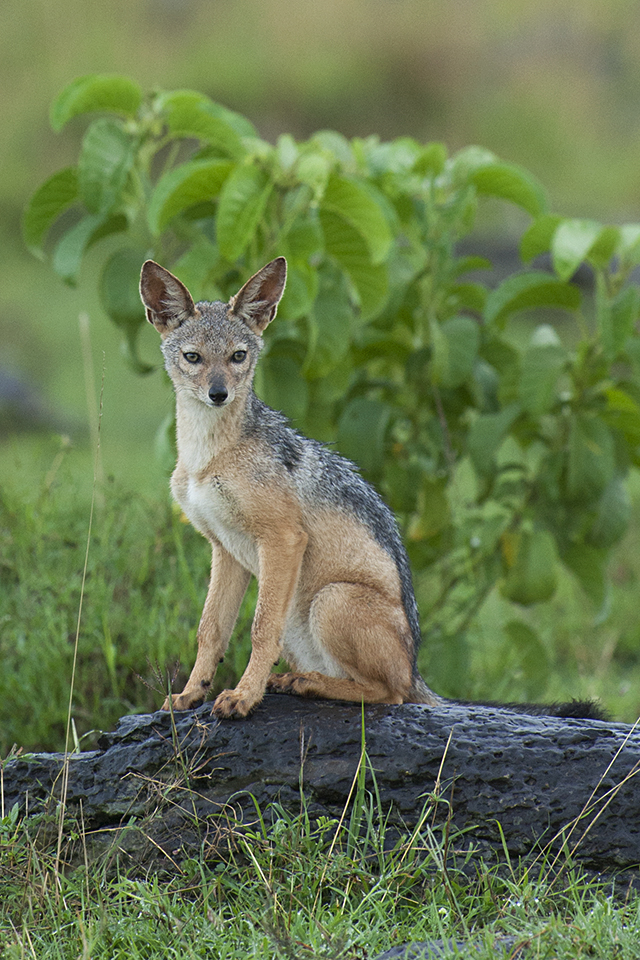 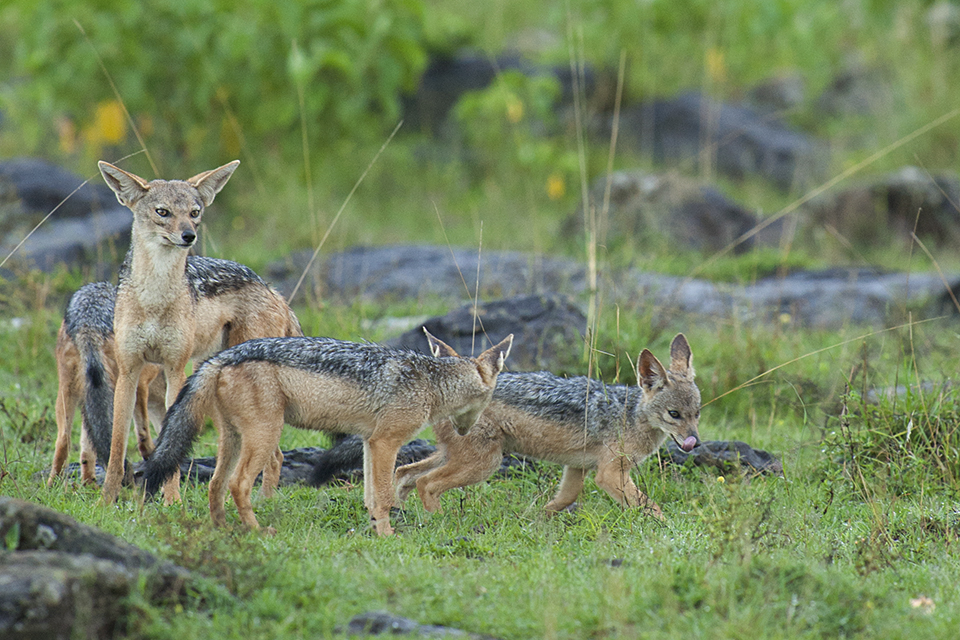 The Jackal parents had their hands full keeping the restless pups under control and their frustration is beautifully portrayed in the emotions of the parent in the above picture.