We were on a safari in the Kaziranga National Park when our driver and naturalist spotted a pair of Kalij Pheasants foraging next to the safari tracks. We switched off the engine and took some record shots and then moved closer. The flashy black plumage makes the male Kalij Pheasant stand out against the shrubs. After a motionless wait of five minutes, the female Kalij Pheasant stepped into the open. It was too close for the 600mm, focal length of the 300mm f2.8 lens with 2x TC and a little out of reach for the 70-200mm f2.8 lens. So I decided to get a closeup crop (below). 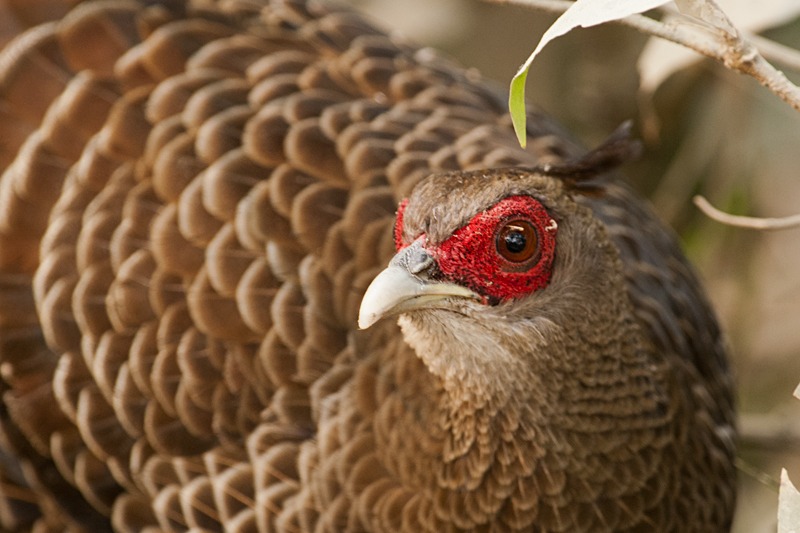 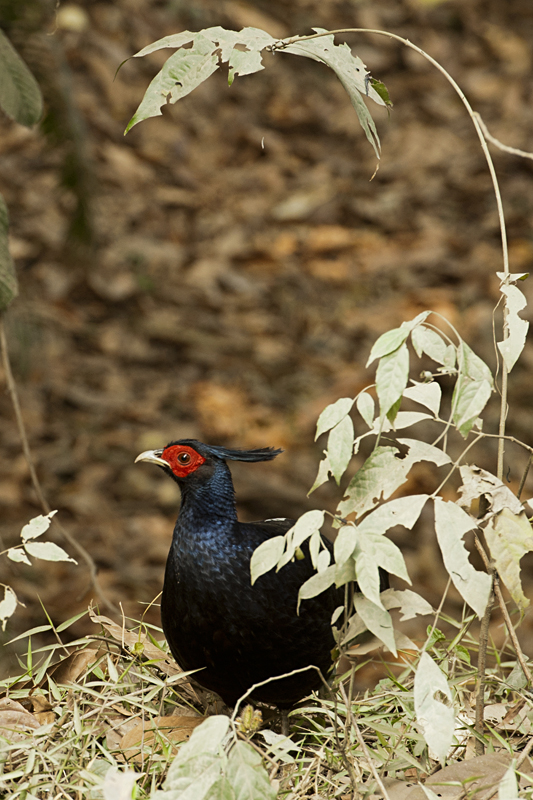 At the same time the male also stepped out into a clearing where it was partially visible. However, he was also too close for the 600mm. But I did not want to take a chance and took pictures with both my camera setups. I used the 600mm closeup frame as the feature image (first picture) and the 200mm picture made for a beautiful bird in habitat composition (above). After another fifteen minutes of waiting, the female Kalij Pheasant slowly stepped out into the clearing giving me an opportunity to get a clear shot (below). However, the male preferred to stick to the shrub cover. After waiting for about 30 minutes, we decided to moved on. 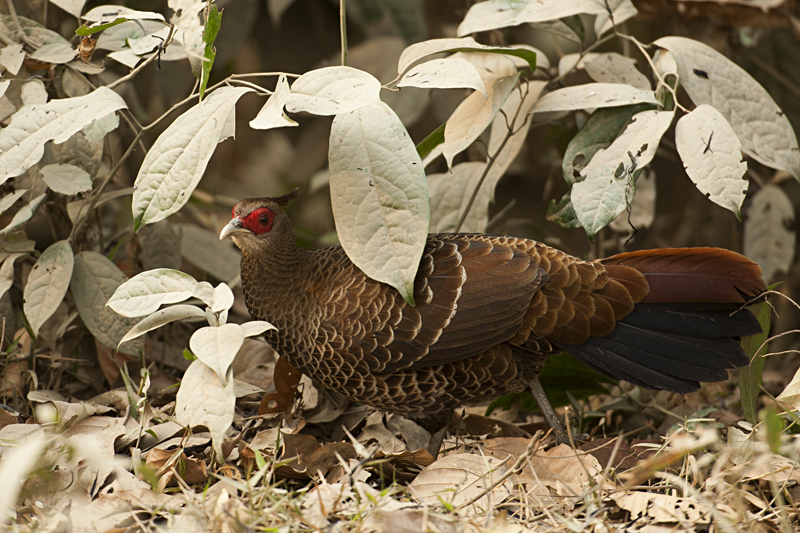 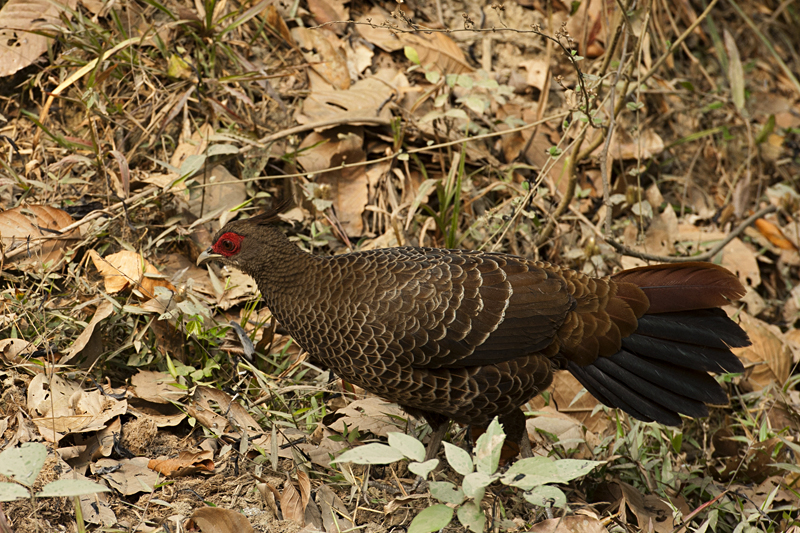 Further ahead at a different location, we spotted another male Kalij Pheasant (below) resting in the shade. Though this was much closer, he too  did not come out fully into the clearing. 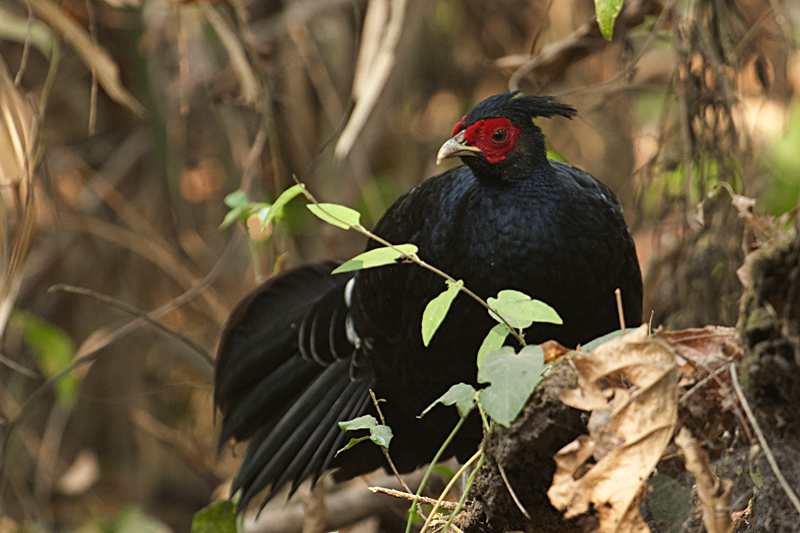