Langurs on the Tamarind tree

Savitha, our friend and owner of Forest Hills, Masinagudi told us that she had just recently created a new lodging option in her property. This one was situated on top of the current ‘Panther Hut’, which in itself is a ideal location to watch the wildlife and birds in Forest Hills. We decided to visit them and it turned out to be one of the most relaxing weekends that we had spent there. Not only was ‘Panther Hut’ two (as is the new lodging called) a quite corner of Forest Hills, it comes with an added bonus of a large sit out area making it easy to observe the wildlife and birds leisurely.

The Tamarind tree at the North Eastern corner of Forest Hills was in the peak of its fruiting season and a troop of Langurs had made it their home while we were staying at Panther hut. One could sit all day at the sit out observing this troop giving us a lesson in Langur behavior.

The troop of Langurs would feast on the semi-ripened Tamarind all day long while keeping watch on the other troops that were camping on nearby trees. The dominant male of this troop climb down from the tree, walk  up to a small mound in the clearing about a couple of hundred feet away. He would sit there for a few minutes gesturing to the other invisible troops before ambling back to its perch high up on the Tamarind tree. We watched the action over a couple of days and were able to capture the posturing Langurs in many instances. 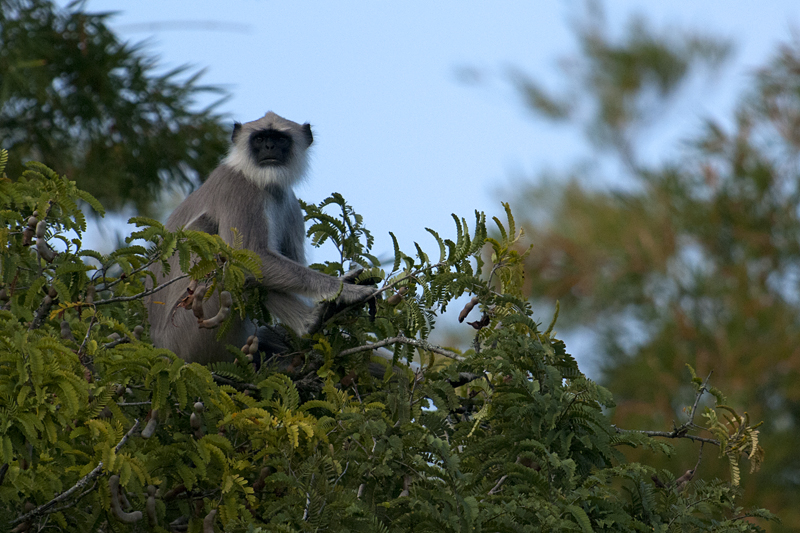 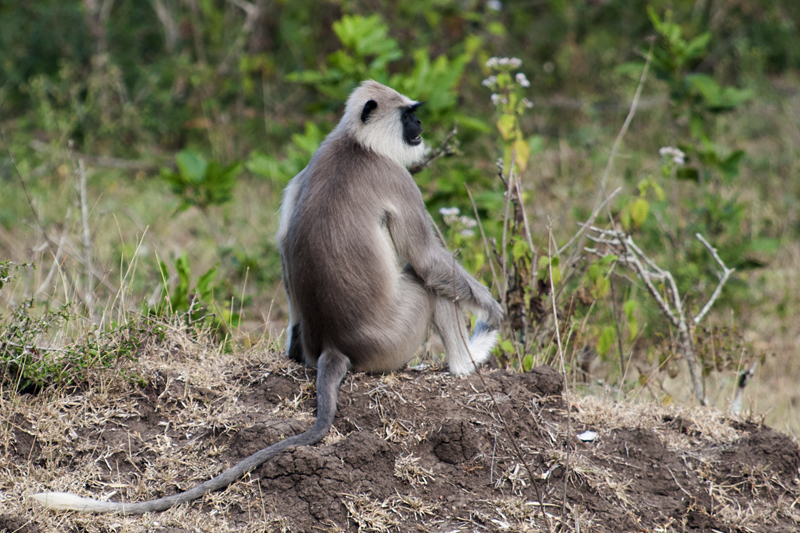 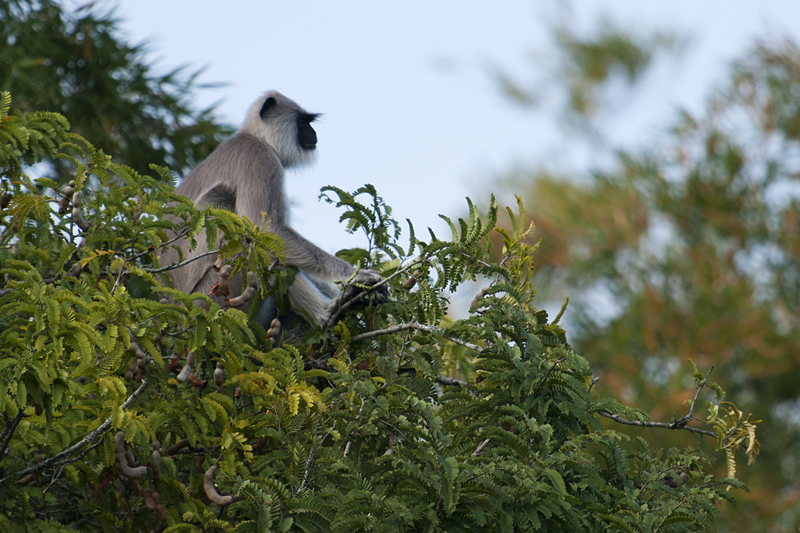 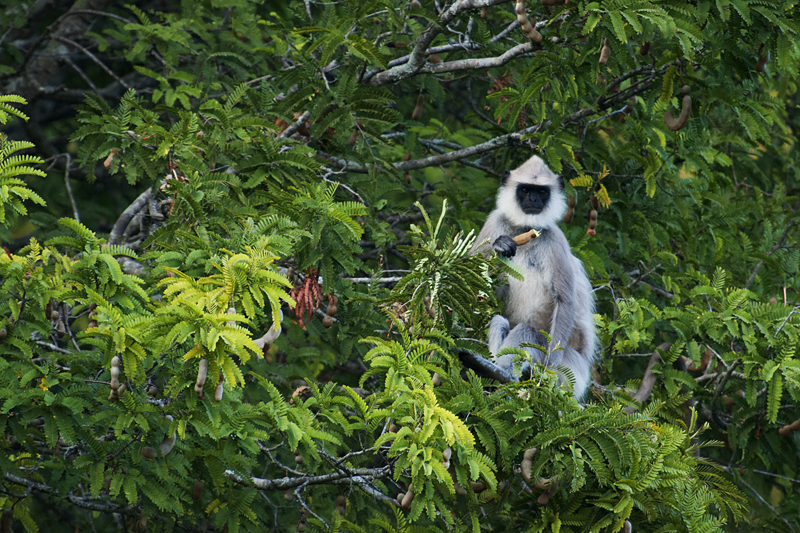 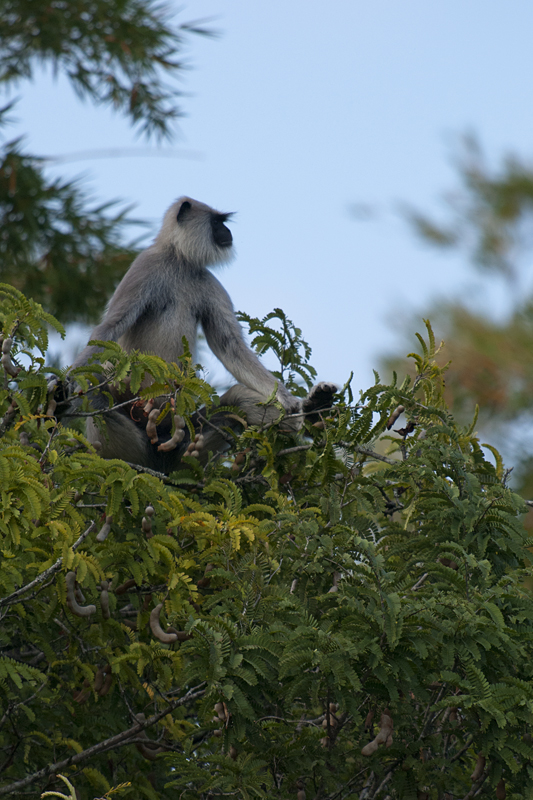