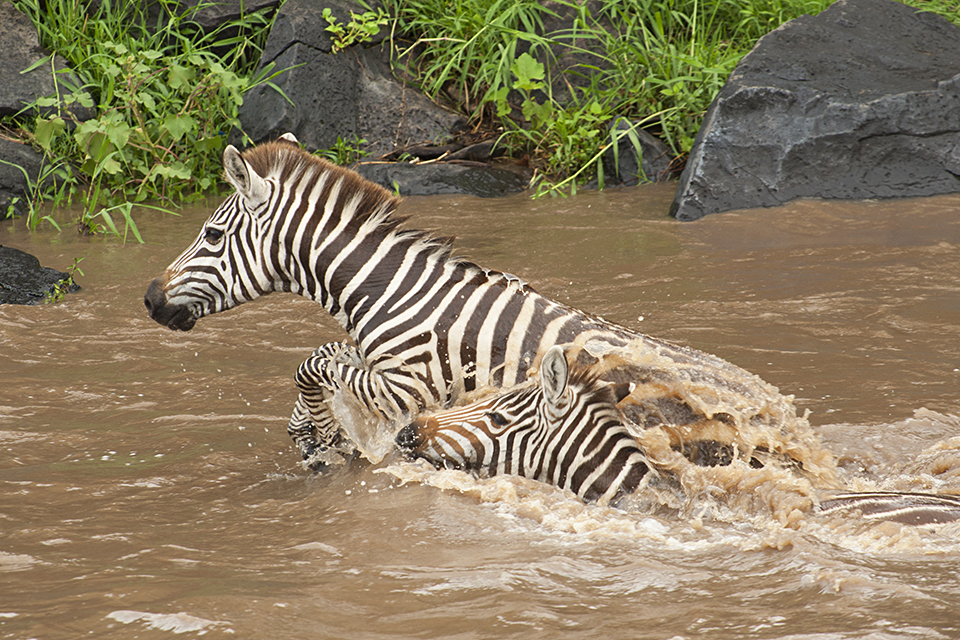 We started this morning safari in overcast conditions. As we drove towards the Mara river, we noticed that the overnight rains had played havoc with the safari tracks, which now resembled off-road tracks. Our driver skillfully maneuvered the vehicle and reached the Mara river. We noticed a herd of Zebras were standing on the banks of the river and our guide  hinted at a possible river crossing. We had noticed a Lioness on the other bank. Maybe that was what was bothering the nervous Zebras and holding them back from crossing the river. 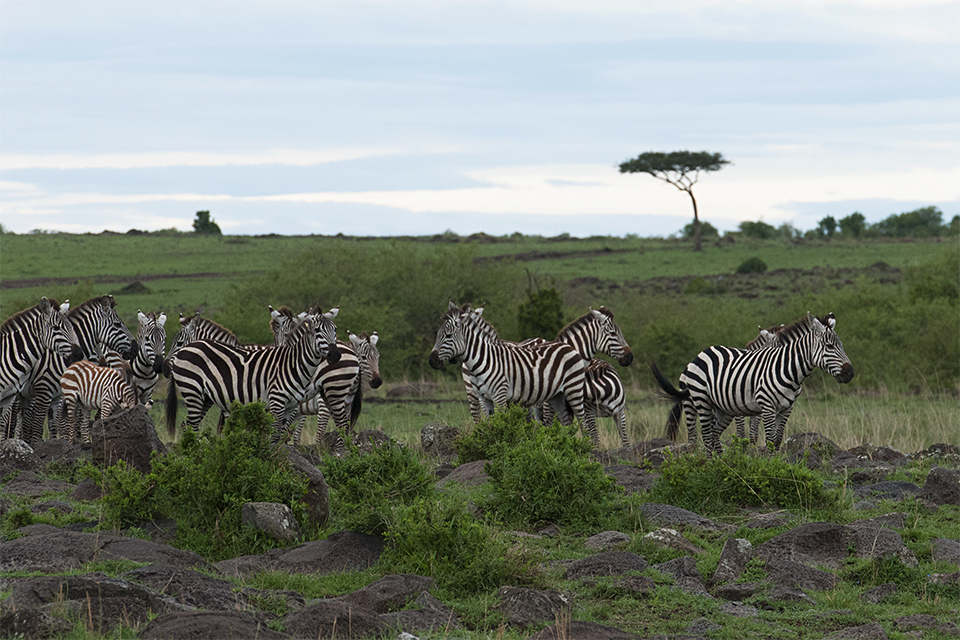 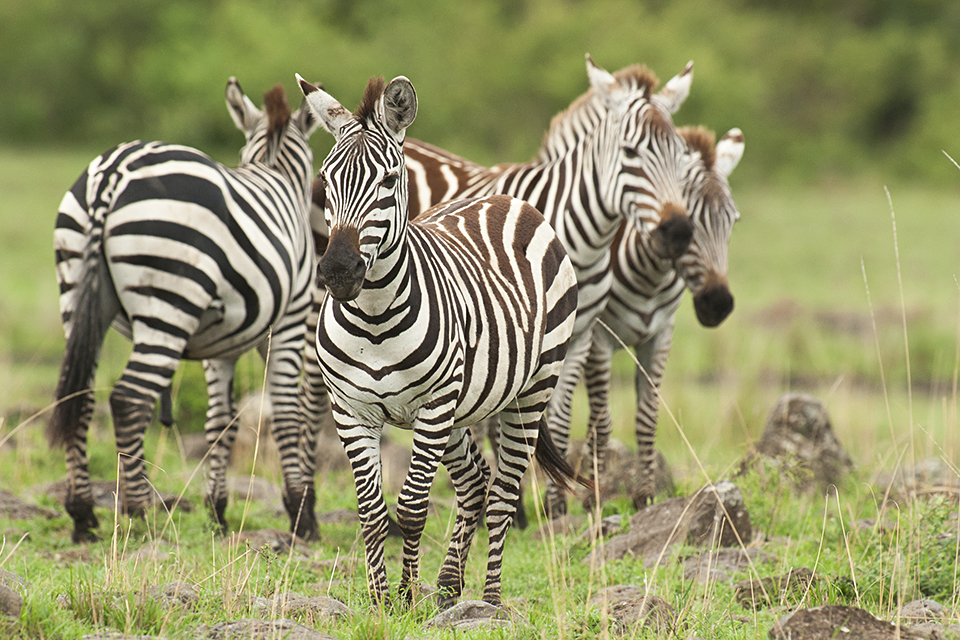 However, after waiting for a few minutes, the herd slowly walked away from the river and started dispersing in a single file along the river bank. And that’s when we noticed a severe gash on one of the Zebras. That injury looked like it was sustained in a crocodile attack while the Zebras might have attempted to cross the river earlier. 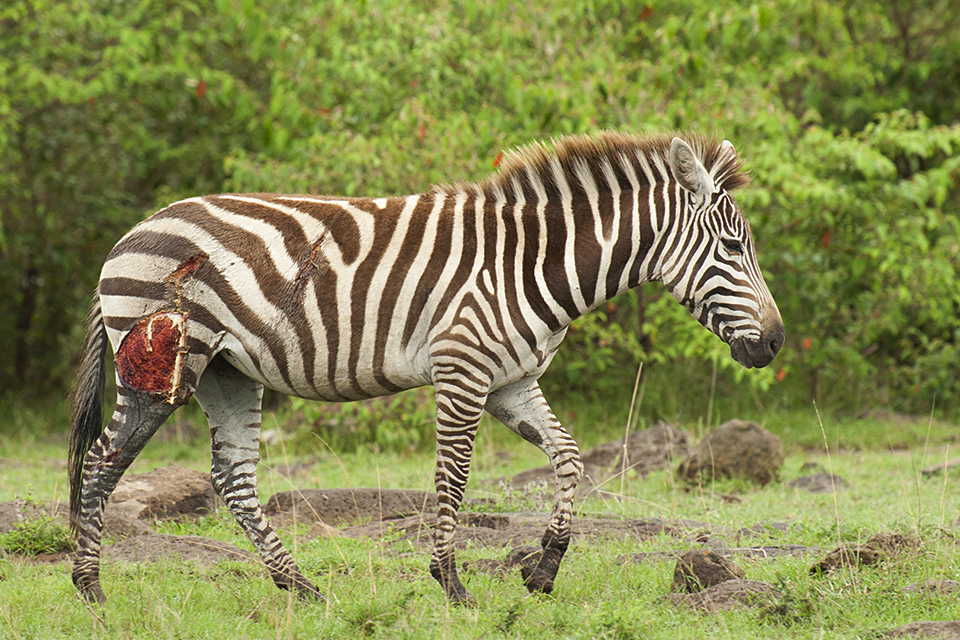 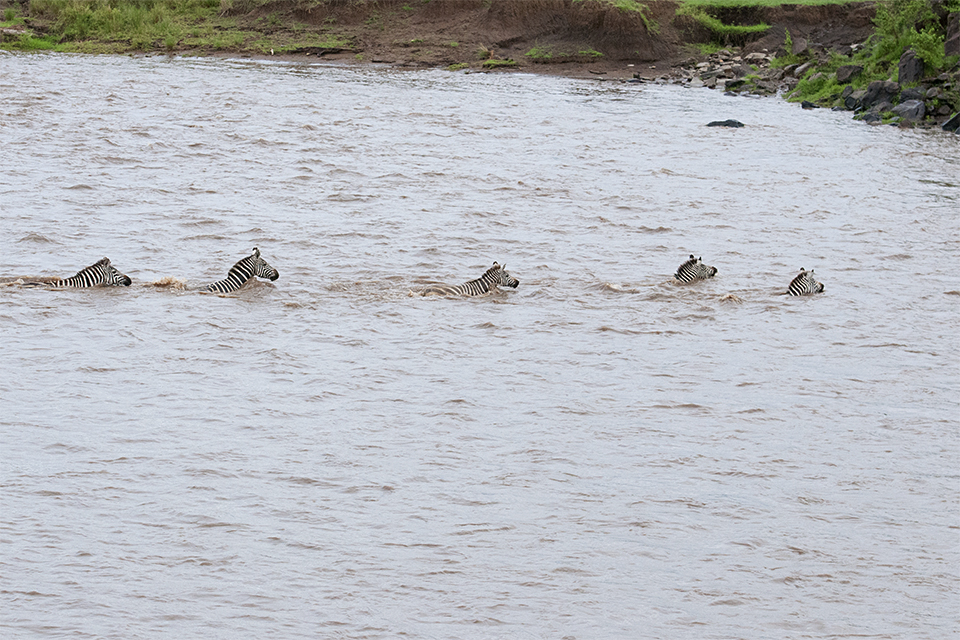 While all the contemplation was going on, we saw one Jeep rush towards the crossing point and it was clear that some of the Zebras had already started crossing the river. We dashed to the crossing point on Mara river in Maasai Mara just in time to watch the last of the Zebras cross to the other bank. While most of the Zebras crossed over to the other side, surprisingly some Zebras turned around in mid river and were returning to the same bank. We realized that there was a huge crocodile that was swimming towards the Zebras causing the panic amongst them. 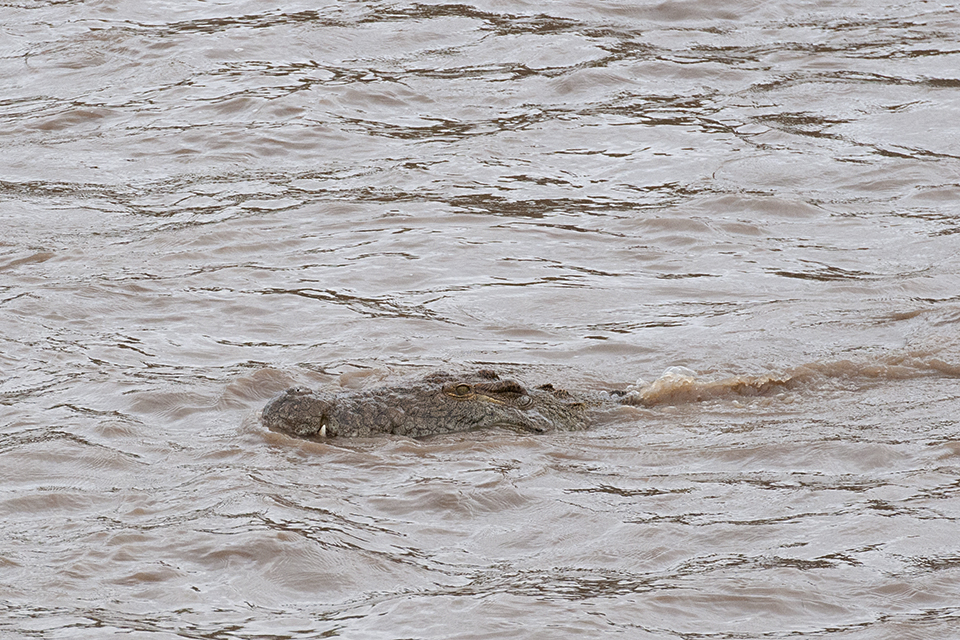 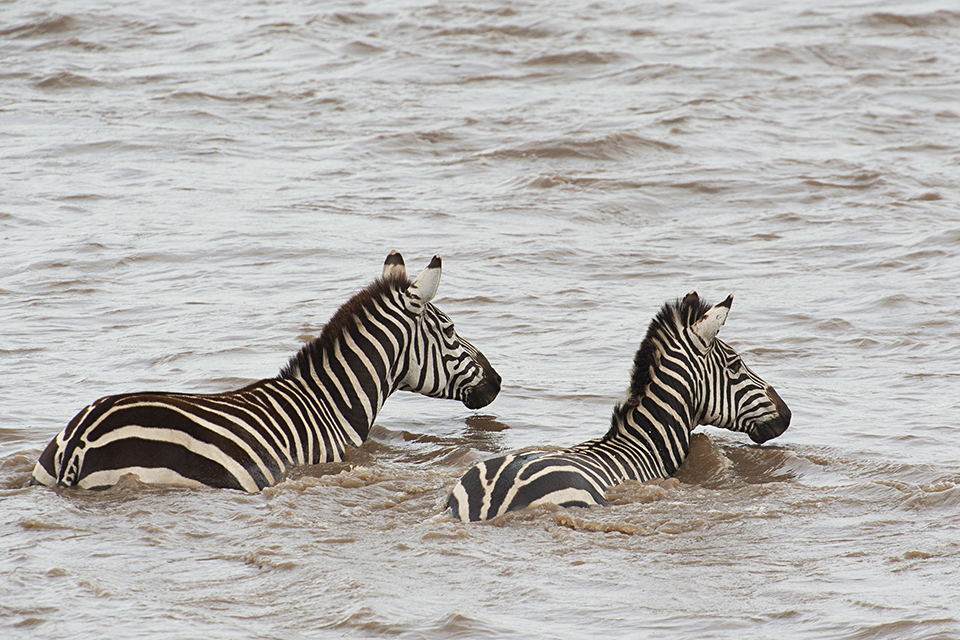