Leopard – The master of Camouflage

After a break of almost a year we went to the B R Hills Wildlife Sanctuary, for just a day. Though we have been to this Sanctuary numerous times, we have never seen a Leopard or a Tiger on any of the Jeep Safaris. Our earlier two sightings of the Royal Bengal Tiger had happened on the state highway, which runs through the Sanctuary. Little did we know that in this visit our luck would change! It was about 5:45 pm and we were out on the evening safari. The jeep was ambling along the safari track when suddenly someone noticed a Leopard walking within the lantana adjacent to the tracks. We stopped the jeep and spotted the Leopard moving around. He was very well camouflaged and we could only see his spots when he moved. However, when he stopped moving, it was impossible for us to sight it, even though it was just 50 feet from the Jeep. He was in no hurry to show himself to us and stayed still and hidden in the thick Lantana for several minutes. We decided to wait it out. And after about 15 minutes, the Leopard lost its patience and started to stroll deeper into the Lantana while keeping its eyes trained on us all the time. We managed to get a couple of shots, one of which is this. 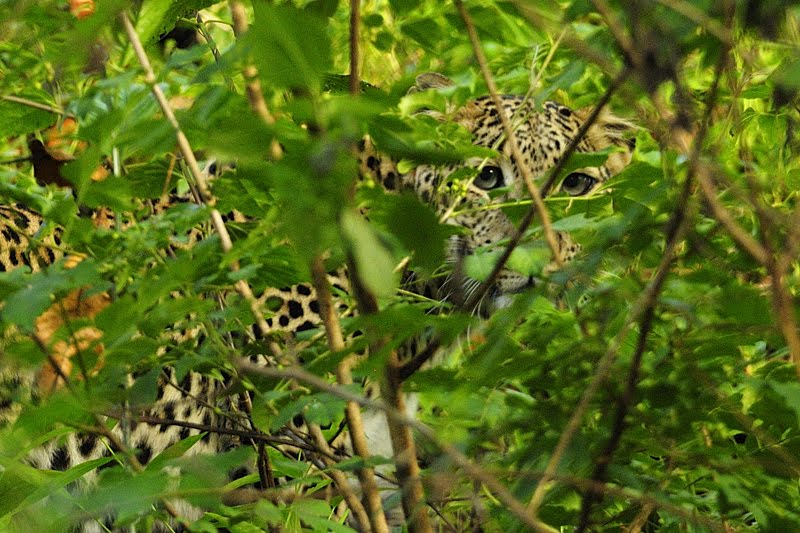 While all of us in the jeep congratulated each other on this chance sighting, I wasn’t very happy to have missed out on a great photo opportunity. After some discussion, we decided to trace back along the safari road and return to this location after 5-10 minutes. We had just about reversed 100 meters, when a few Chitals (Spotted Deer), which were right next to the tracks, started giving alarm calls. We switched off the jeep engine and looked at the direction where the Deer were looking, trying to spot the predator. We were all pretty convinced that the Leopard was on a hunt and would soon appear to stalk the Deer. Another 20 minutes flew by, and except for the occasional alarm calls by the Deer, there was no movement. We had to exit the Sanctuary by 6:30 p.m; light had died down and we decided to call it quits.
The jeep started and we moved about 10 meters ahead when Narayanan, the Jungle Lodges Resort naturalist, spotted the Leopard lying casually on the branch of a tree about 150 feet from the tracks. The Leopard had been there all the time for the last 20 minutes and should have been looking at us, while we just couldn’t spot it! No wonder they say that the Leopard is “the master of camouflage “. In the next 9 minutes, in dying light, we had a portrait session with this Leopard. All these near full frame images were shot with the D300, 300 f2.8 lens mounted with the 2x convertor. ISO 1600 to ISO 3200 indicates the challenging lighting conditions, fortunately we had the mini beanbag and it helped us get some decent shots even at 1/25s-1/60s. 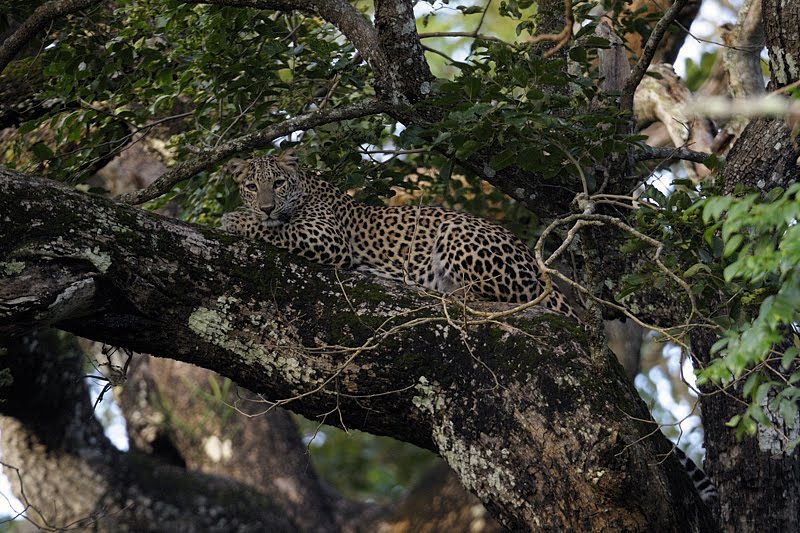 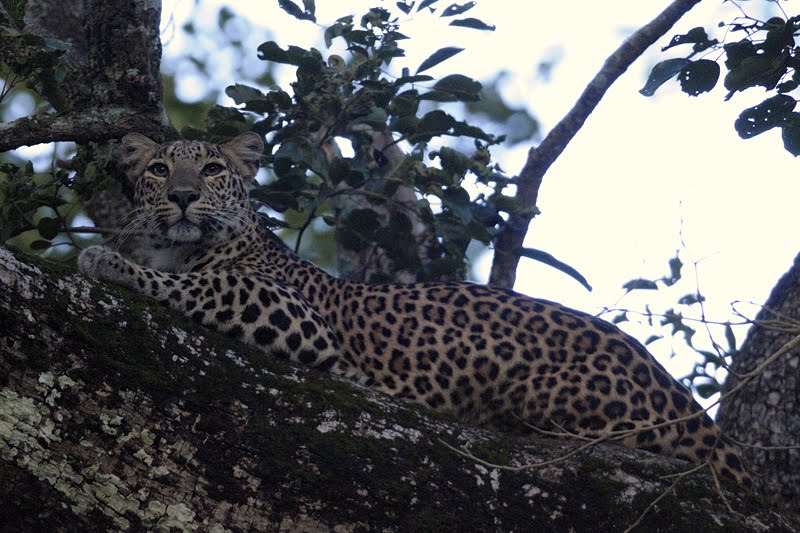 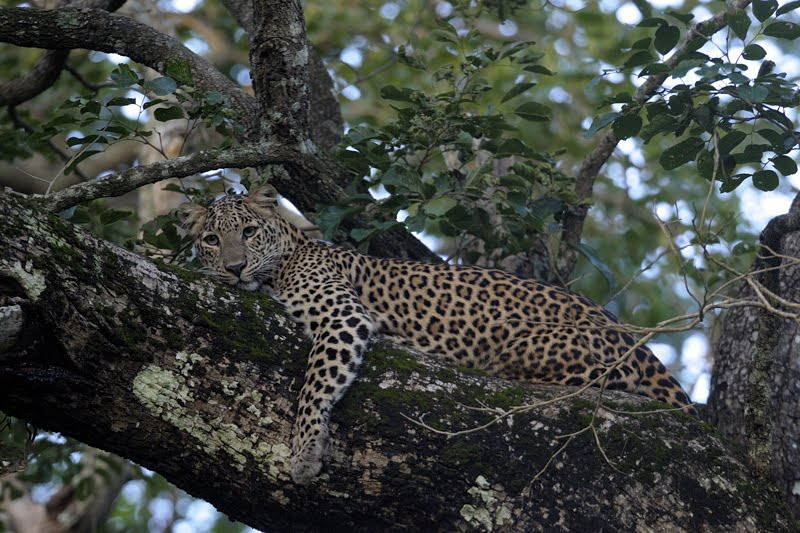 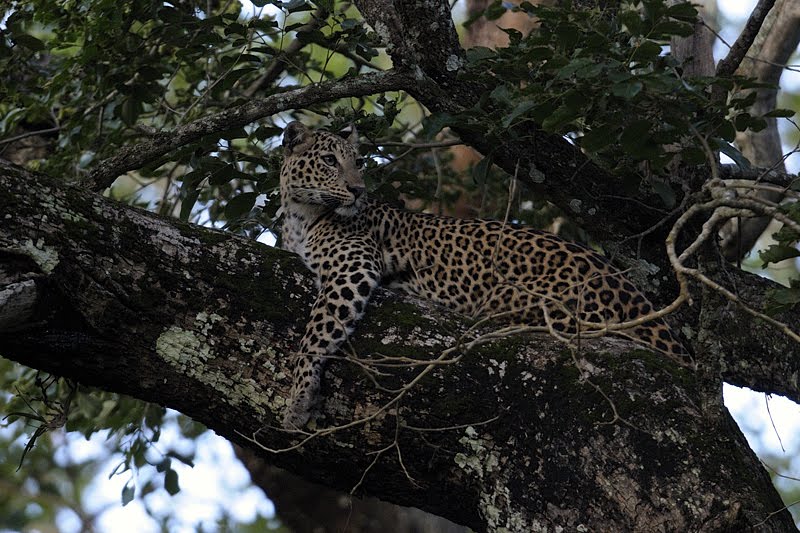