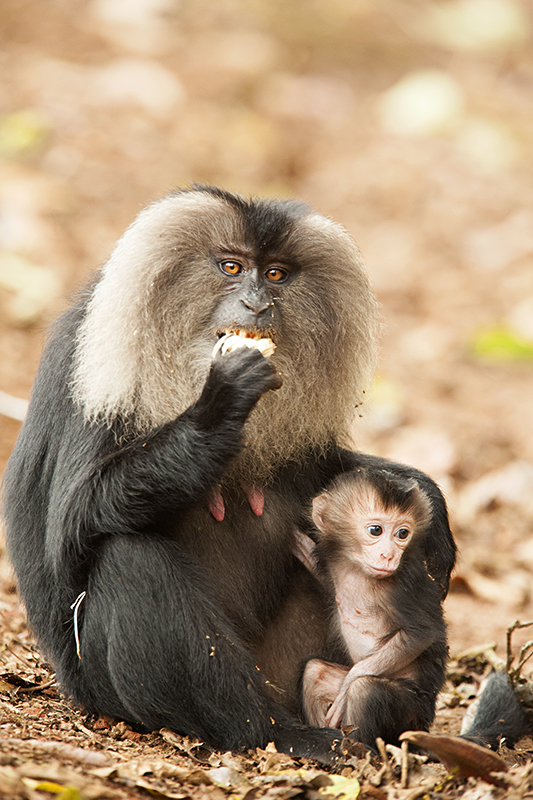 After we reached the Puthuttotam Annexure Bungalow in Valparai, we got introduced to the manager. He pointed out that there was another smaller troop of Lion-tailed Macaques that frequented the property compared to the large troop that we had watched at close quarters earlier. He said we might find them around the pond that was walking distance from the Bungalow. We quickly drove to the pond to get a glimpse of them. When we reached the pond, there was no sign of any Lion-tailed Macaques. While we looked around, we spotted a couple of Lion-tailed Macaques on a nearby tree and on closer inspection, we realized that they were the same large troop of Lion-tailed Macaque, described in our earlier post. Soon the troop was all around us. A few members of the troop were foraging under a tamarind tree, with the tea plantation in the background. It made for a nice composition. 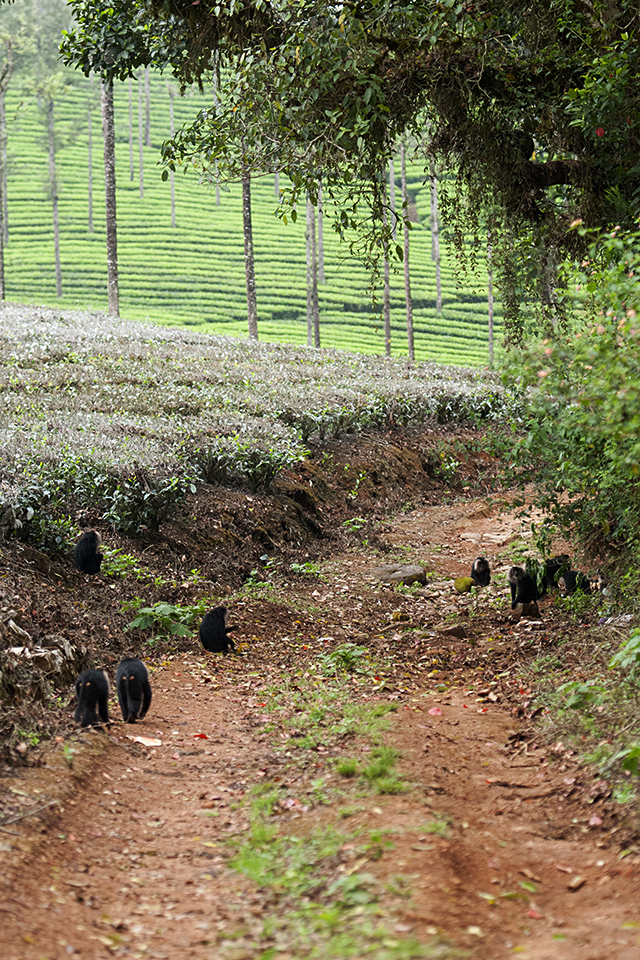 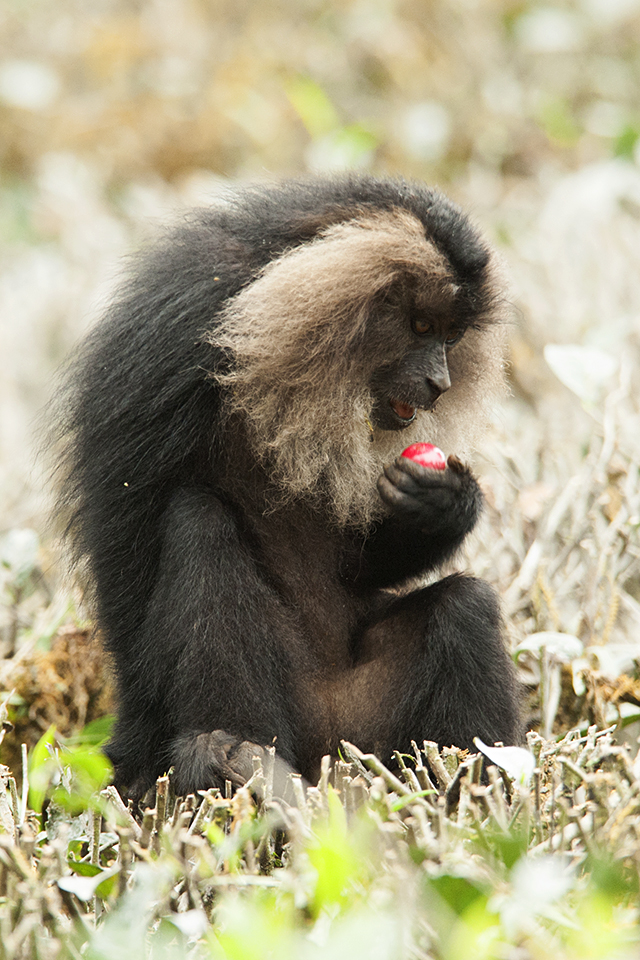 These Lion-tailed Macaques got very comfortable and there was action happening all around us, giving us many photo ops. The Lion-tailed Macaque eating a red fruit against the backdrop of the tea plantation made for a lovely composition. Not to mention the female who came so close that the close crop of the face is all I could get. 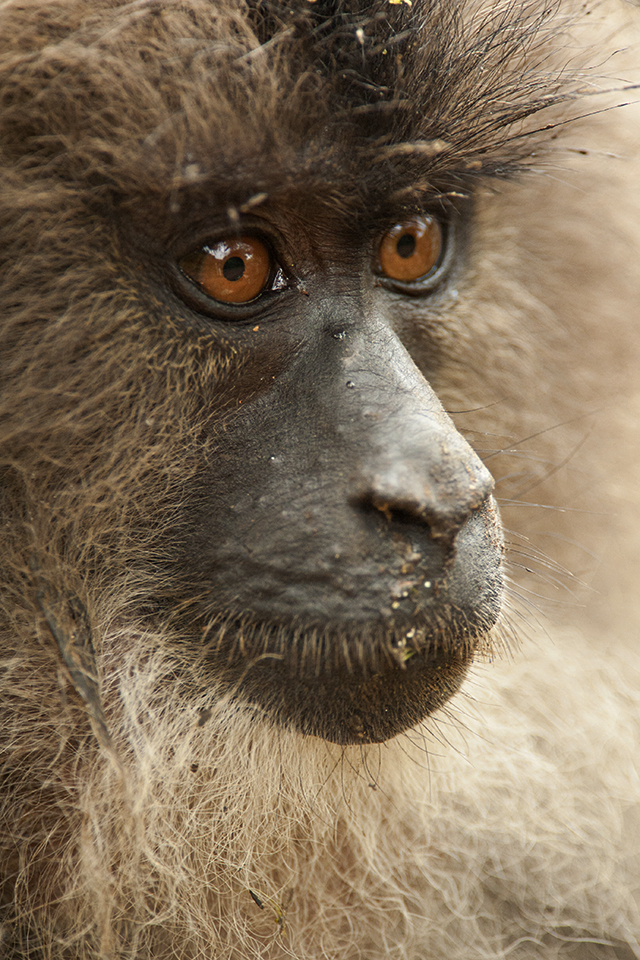 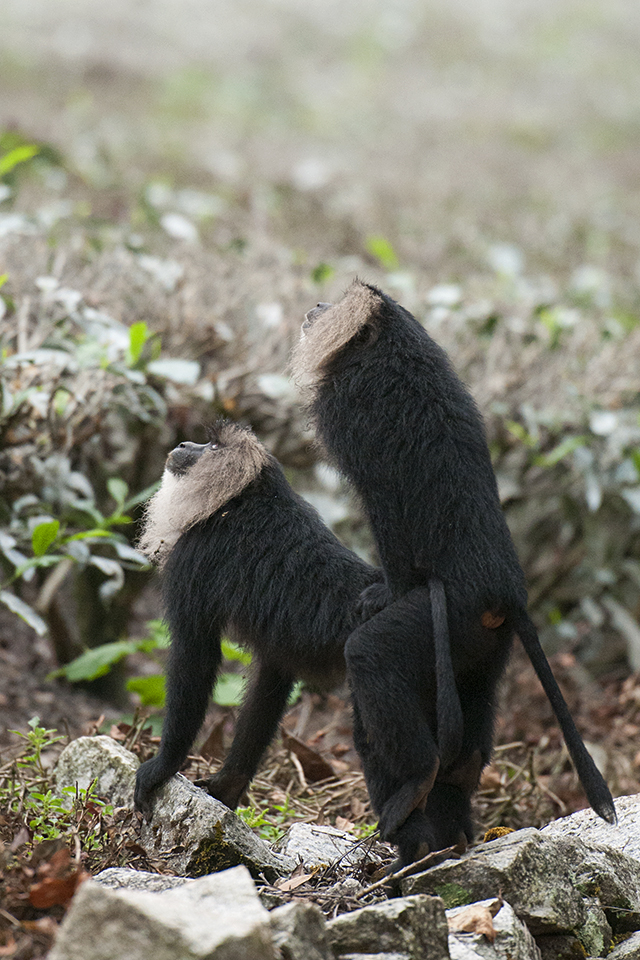 The mating ritual of the dominant male is another intimate moment that we managed to witness and capture. However the pictures of the mother with the baby was the highlight of this photo session. We took a few images from a distance (below) before moving closer to get a tight composition that we used as the feature image of the post. 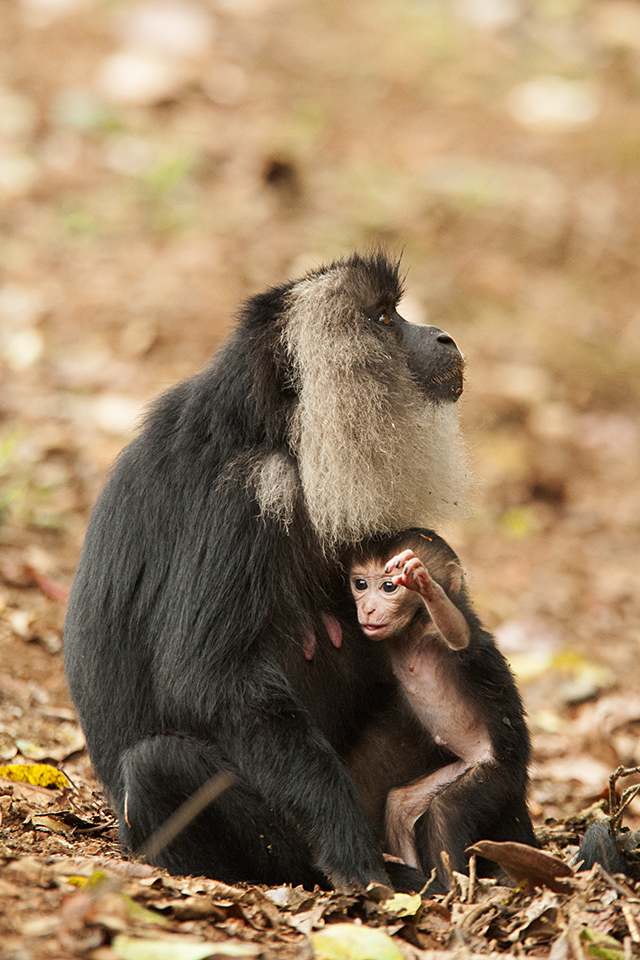