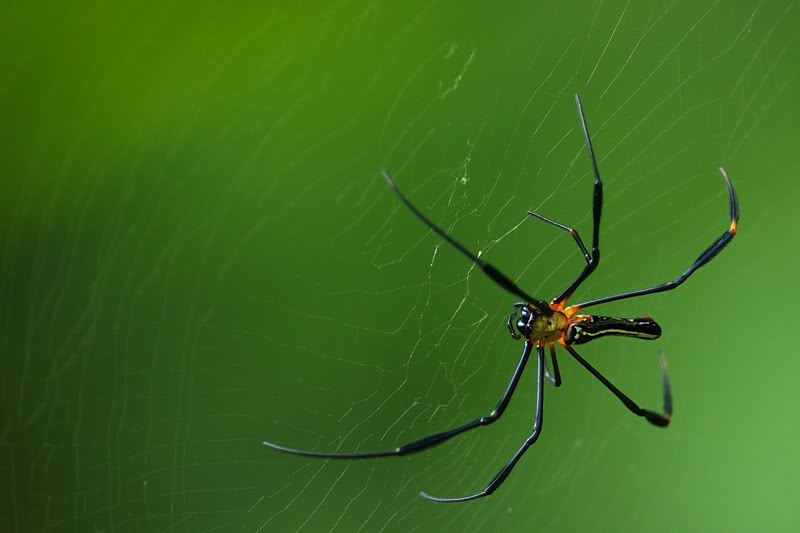 The Giant Wood Spider is a species of arachnid found in India and in other Asian countries. Interestingly, it is the adult female which grows to about 2-4 inches; almost a Giant in comparison to the male, which grows to less than 10 mm. While the male is reddish brown in color, the large yellow spots at the joints of the limbs of the female is the distinguishing characteristic of this species.

Their huge webs that span almost up to two meters in diameter are impressive We did read somewhere that small birds and bats too sometimes get caught in these webs and it is not hard to believe that after seeing their large webs.

Here is a series of images put together from some of our sightings of this beautiful spider. We were fortunate to photograph the mating ritual of this species, in Thattekad Bird Sanctury, as shown in the second and fourth images, which also shows the minuscule size of the male in comparison to the giant sized female. 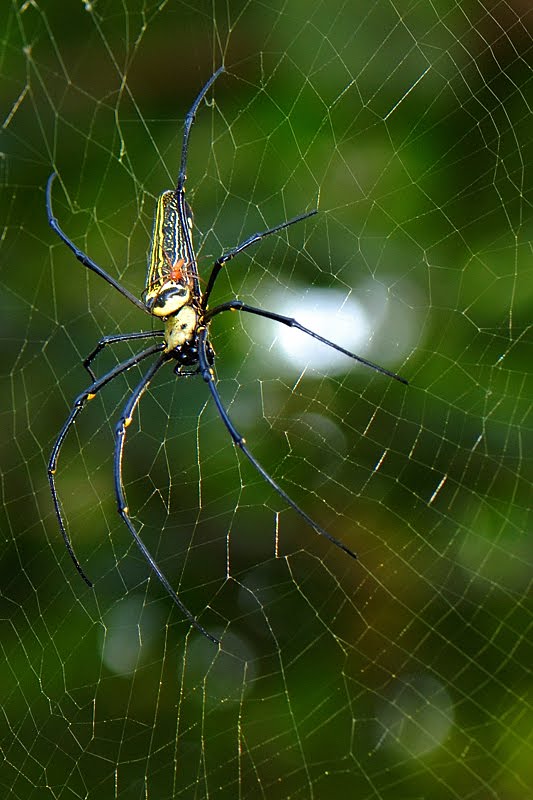 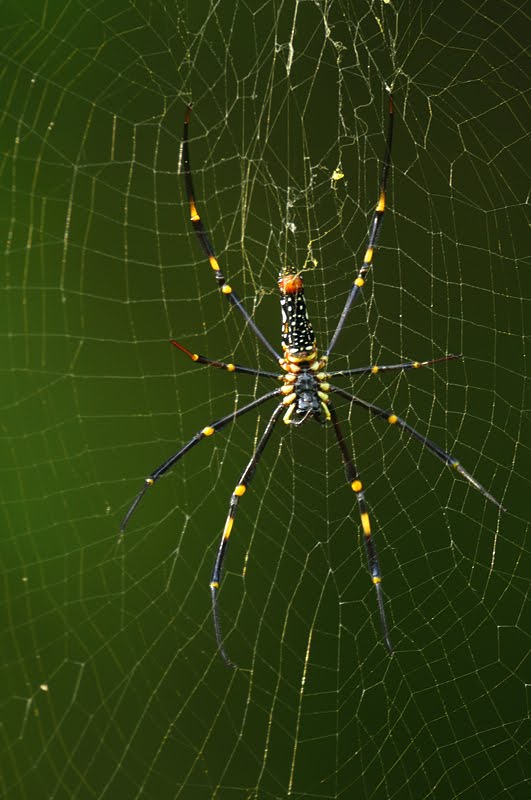 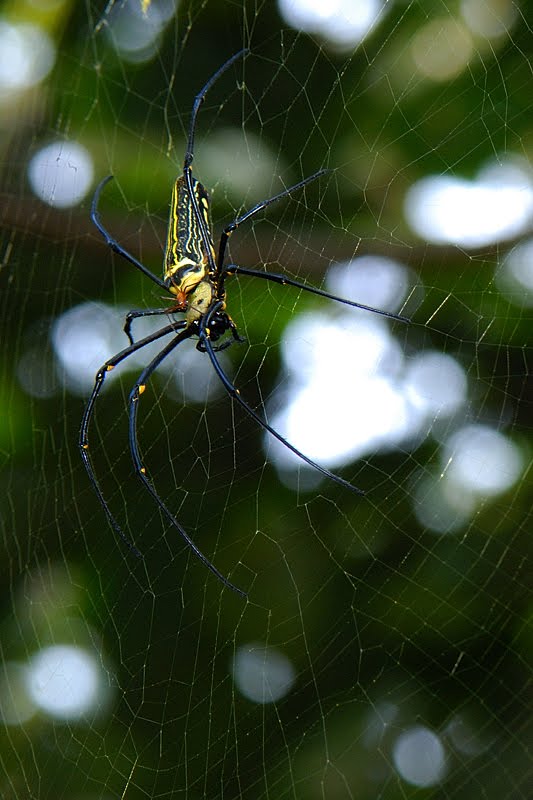 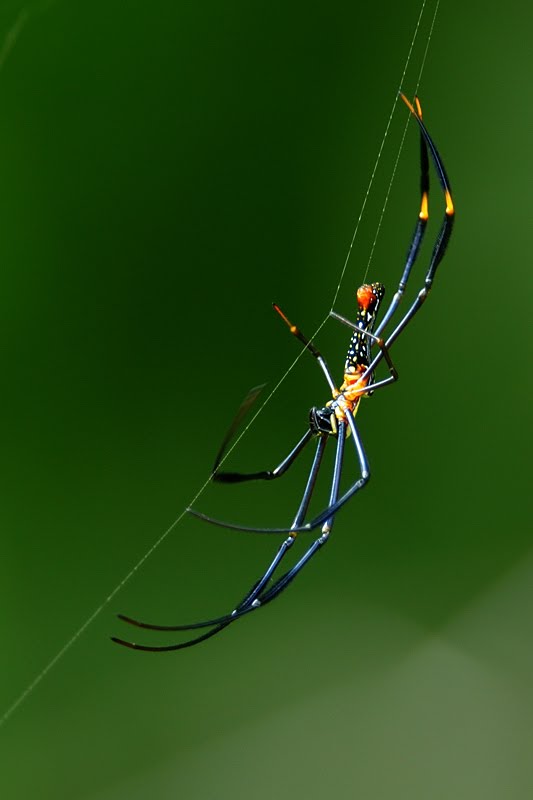