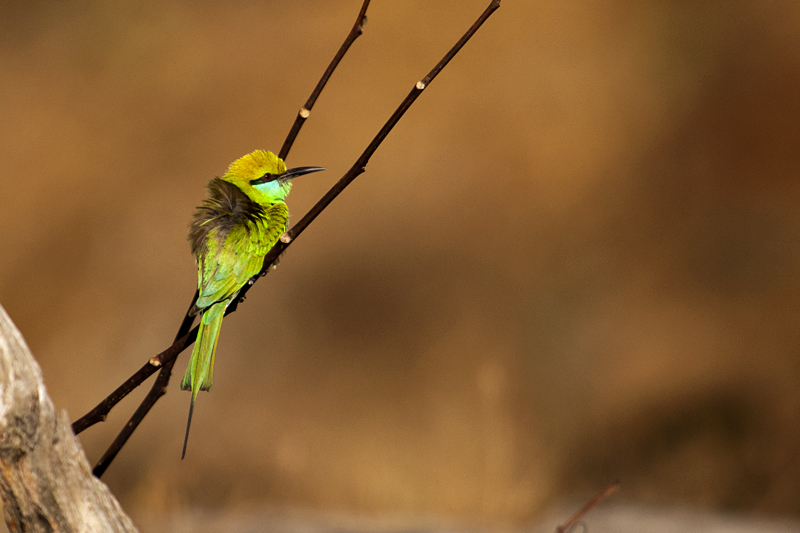 This safari started on a serene note when we saw a Little Green Bee-eater (above) sitting on a open perch in lovely light and the wind blowing through it feathers. At a different part of the park, two Chital stags (below) were busy sizing each other up. While we waited to see if they would end up fighting, they suddenly froze and both of them looked in the direction of the Lantana bushes on the other side of the road. As the tails started curling up, I instinctively knew they had either caught the smell of a predator or spotted one nearby. 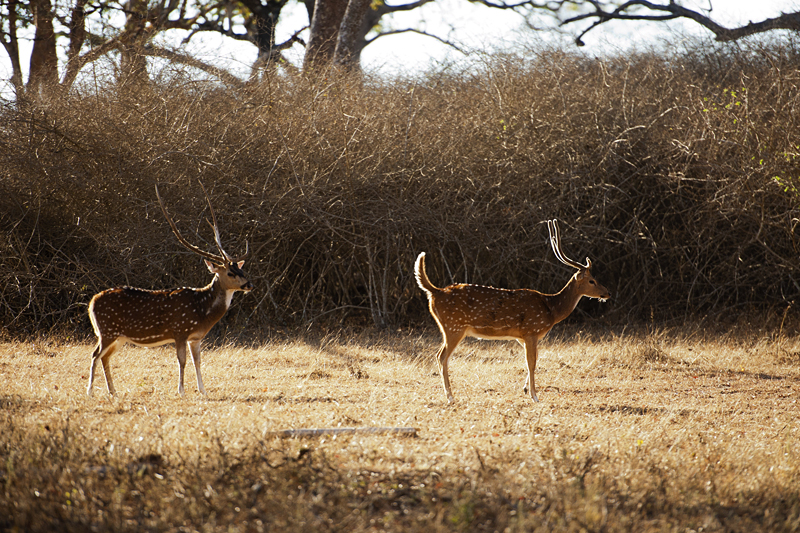 But instead of these Chitals calling, we heard another Chital alarm call from a close-by waterhole. It was the same waterhole where we had seen a Leopard yesterday afternoon. We rushed to the waterhole and it took a few seconds before our naturalist spotted the crouching Leopard drinking water. He was a handsome Leopard sitting out in the open at the water’s edge quenching his thirst. In the few minutes it gave us, we captured it in both closeup and wide angle compositions. 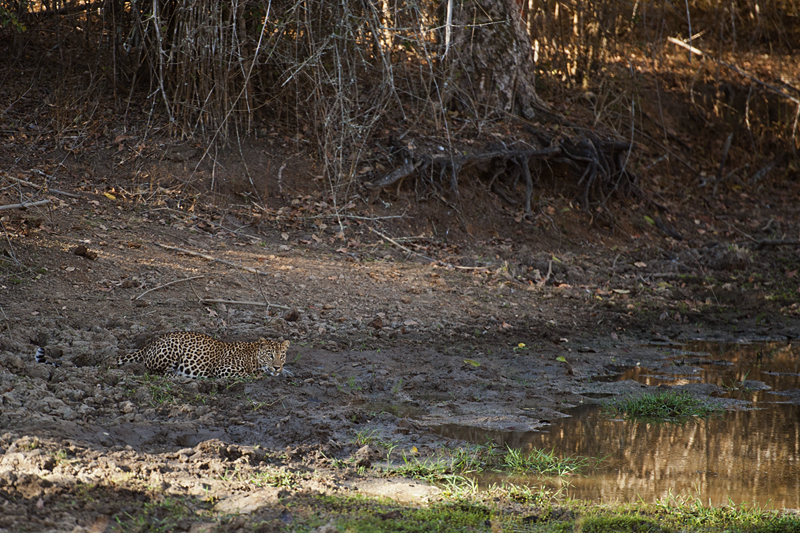 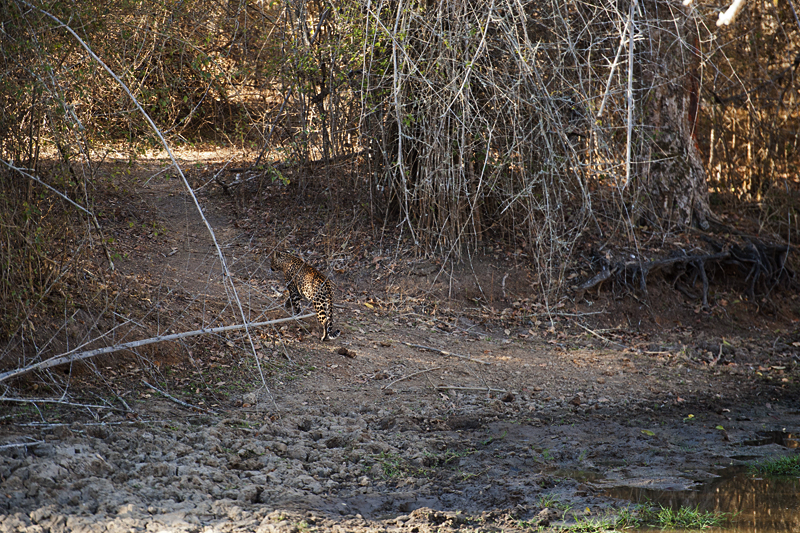 After quenching its thirst the Leopard casually stood up, looked around and walked into the Lantana. Even as it slowly walked back into the Lantana, the Leopard was so beautifully camouflaged that it was difficult to see it. After watching this handsome cat melt into it the jungle, we thanked our lucky stars for seeing Leopards on consecutive safaris and drove on only to be stopped by a platoon of Langurs sitting in a cleating in the forest. It was interesting to see one Langur snatch the baby of another mother. And then the platoon’s dominant male asserted its dominance over another member of the platoon by mounting her. 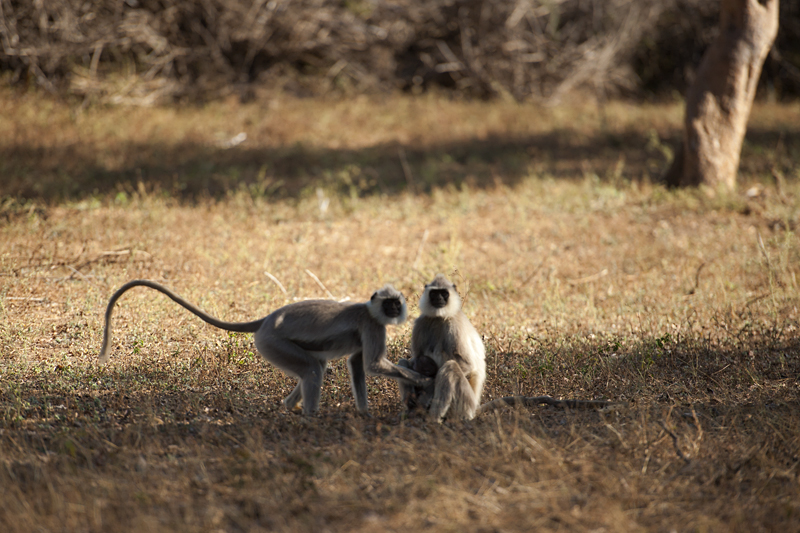 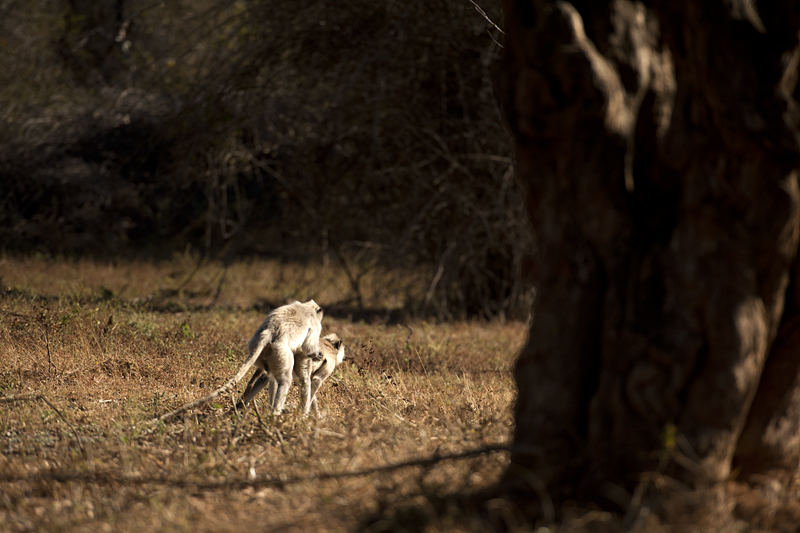