This has been a lucky week for us; two of our friends from the blogging community passed on awards to us. Tom – “The fishing guy” who is recovering from Angioplasty operation gave us the ‘Friends’ award to us.

Chris, an avid wildlife photographer passed on the ‘Van Gogh’ award to us.

We thank both Tom and Chris and dedicate this post to them as a gesture of our friendship and also wish Tom a speedy recovery.

Now coming to the post – this time we feature the Mountain Hawk Eagle (MHE) , which is a large raptor found all across South Asia. While it is a widespread resident, we can assure you that sighting them in Southern India is extremely rare and photographing them even rarer.

As we were driving through the Nagarhole Wildlife Sanctuary, we suddenly spotted a raptor , which was feeding on something on the ground amongst thick grass. At first glance, we thought that it was a Changeable Hawk Eagle . However, on closer observation we realised that it was a MHE that was feeding on a Malabar Giant Squirrel carcass . And, we found it to be within the minimum focusing distance of the 300 f2.8 lens mounted with the 2X Teleconvertor.

The MHE didn’t want to let go of its breakfast and thereby gave us the opportunity to photograph it from close quarters. All images are eye-level shots handheld (using a tree trunk for support) on the D300 with the Nikon 300mm f2.8 lens mounted with the 2X Teleconvertor. 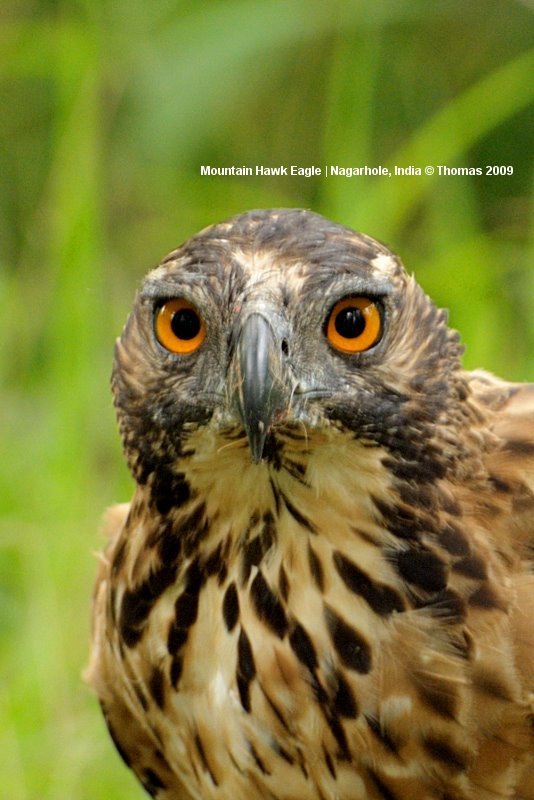 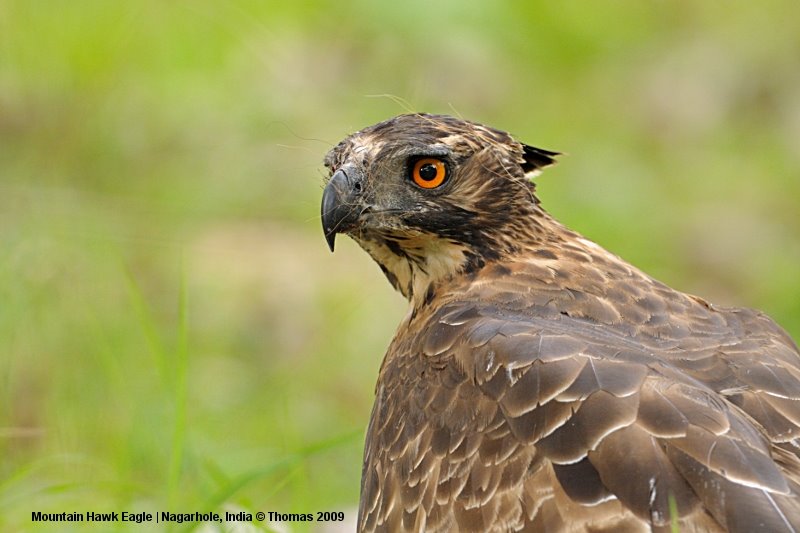 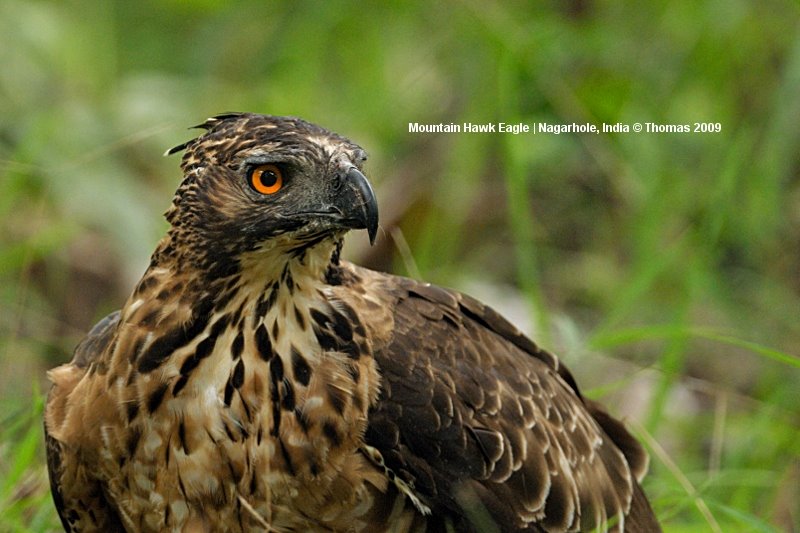 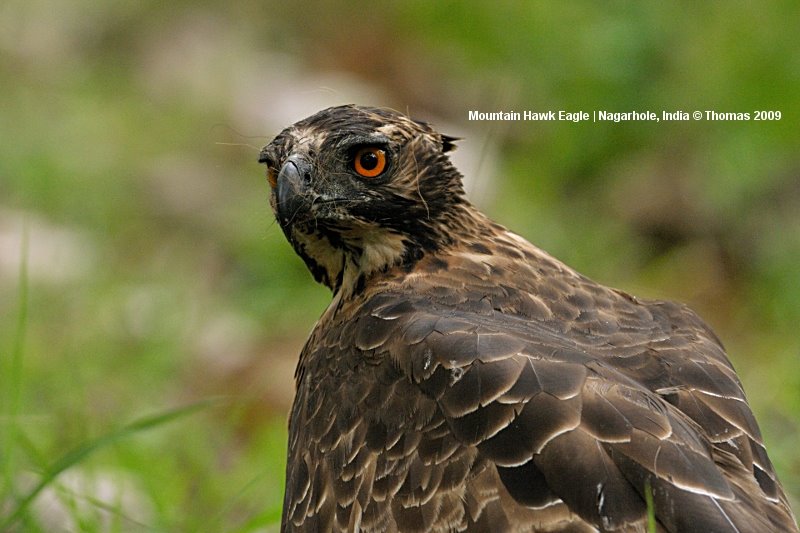 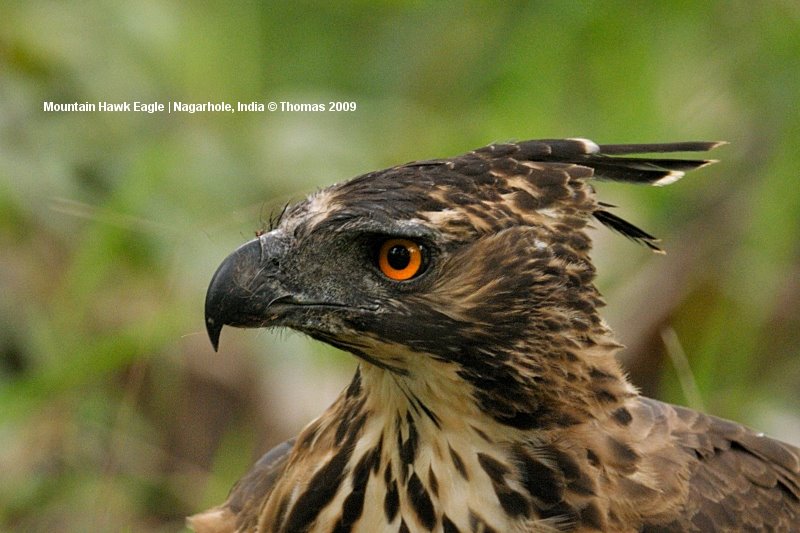