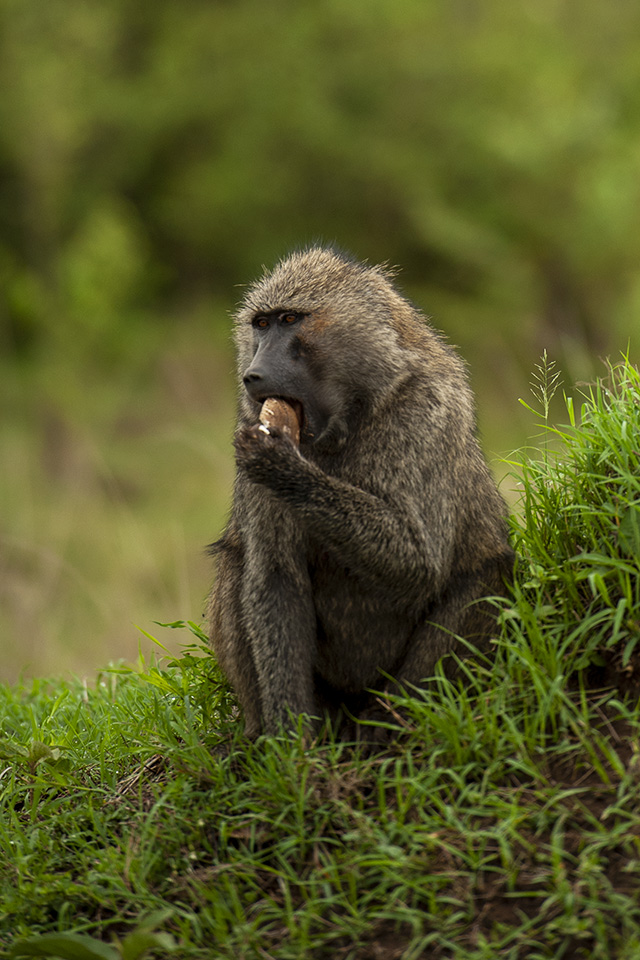 We spotted these Ground Hornbills forging in the tall grass as we drove into the Maasai Mara Reserve. They were not very far from the road and we stopped to observe them. Soon enough one of the Hornbills paused to check us out – helping in capturing this picture.

As we moved ahead, we were surprised to see this massive Hippopotamus wallowing in a shallow puddle by the side of the road. Emmanuel, our naturalist, pointed out that it might have gone deeper into the plains for grazing and would have been a little too late to reach the river before sunrise, hence might have decided to take a break in this puddle. Not far away we spotted an Olive Baboon forging on the ground. Baboon are commonly seen eating the fresh grass shoots, but this one was different. It was eating the wild mushrooms that were growing by the mound, making an interesting catch.

We were getting late as it was time to head back to the lodge. However we saw these Lions sitting on a mound, not too far away and drove by and got a couple of pictures before heading back. While we returned, we took this picture of the Mara Serena Lodge, as it emerged from the middle of Maasai Mara reserve.