The first time I remember doing a boat safari in the Kabini backwaters was around 4-5 years back. I distinctly remember that it had rained so heavily that we had to anchor the boat close to the bank adjoining the Nagarhole national park  till the rains subsided. Because of the downpour, during that safari we did not see wildlife of any kind. Since then we had never ventured on a boat safari again in the Kabini backwaters up until now. As we got onto the boat, the skies darkened and it was clear that at some point during this safari, we were going to have a shower or two. However, this time I was well prepard with the necessary protective gear in case the rain gods decided to descend on the Kabini backwaters once again. The cloudy weather also resulted in the diffused light – not exactly the greatest conditions for photography.

The boat safari started with the lone Cormorant (first image) biding us good luck. However, as we headed towards the Nagarhole national park boundaries, it got very cloudy and dark. Normally at this time of the year, the main tourist attraction at the Kabini backwaters is the largest congregation of the Asiatic Elephants. But as we entered the Nagarhole national park boundaries we noticed that there were just a handful of Elephants instead of the congregation. Global warming and climate change were attributed as the primary reasons behind this. And then we saw the familiar figure of another lone Cormorant. This time we managed a silhouette shot and that image also indicates how cloudy it had become.

Other than this small herd of Elephants and few spotted deers, the banks of the Kabini backwater was devoid of wildlife of any kind and that was disheartening. We took whatever pictures we could and as the boat turned to go back to the camp, the much talked about rains came pouring down and that was end of the photography session on this safari.  Here are some of the images for that uneventful boat safari. 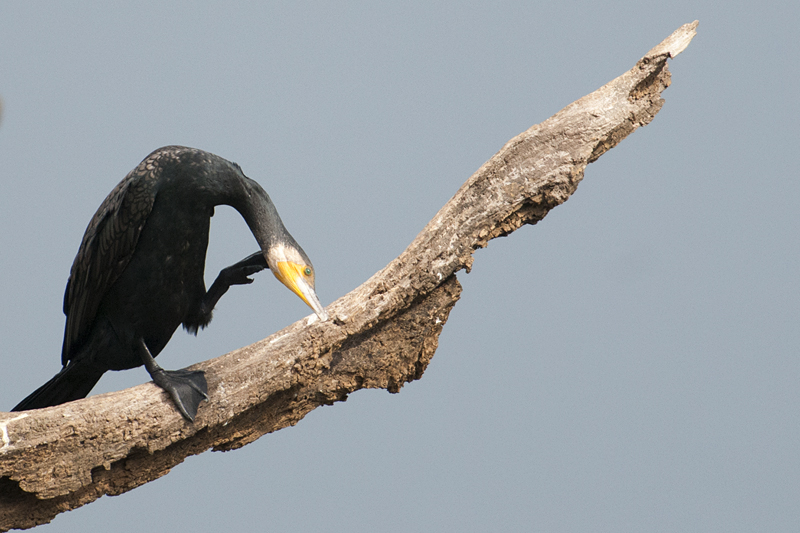 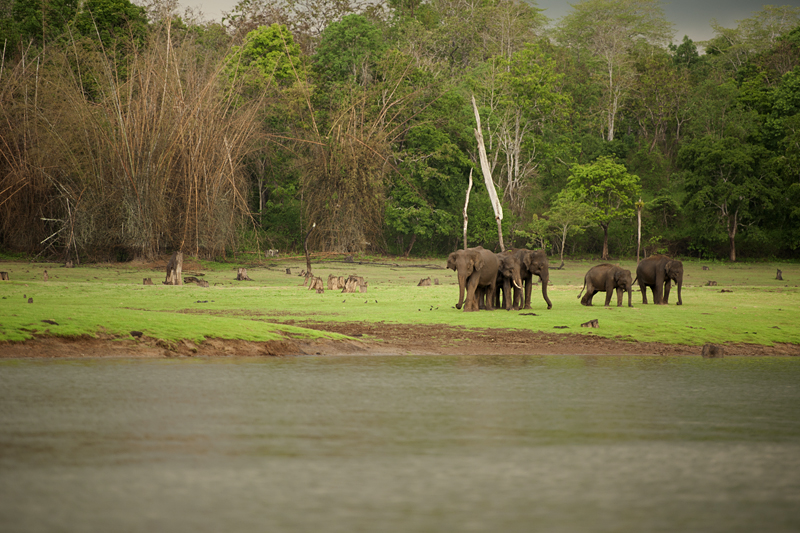 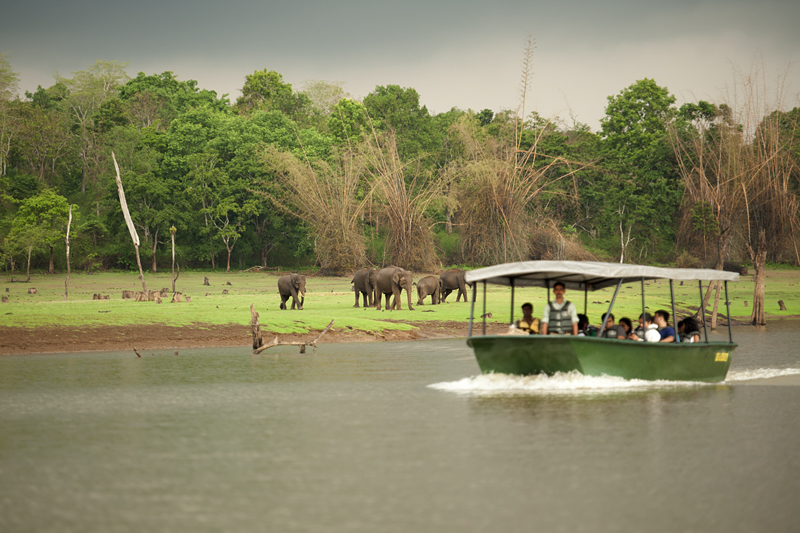 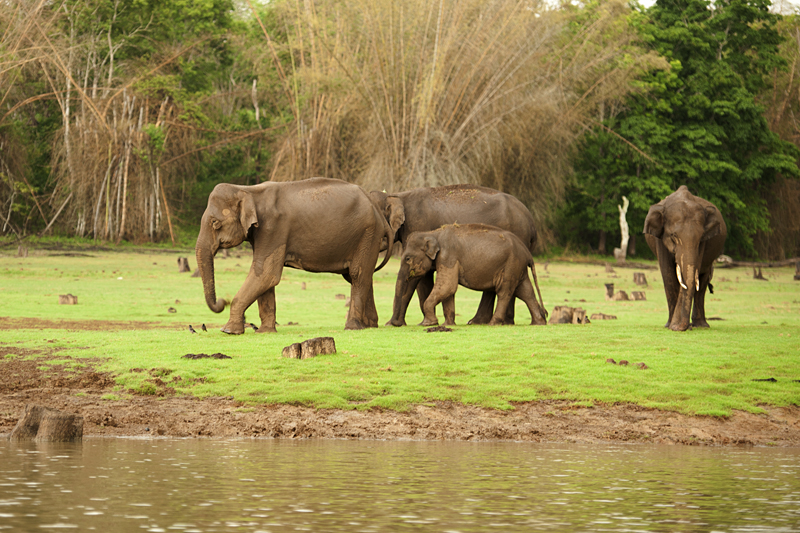 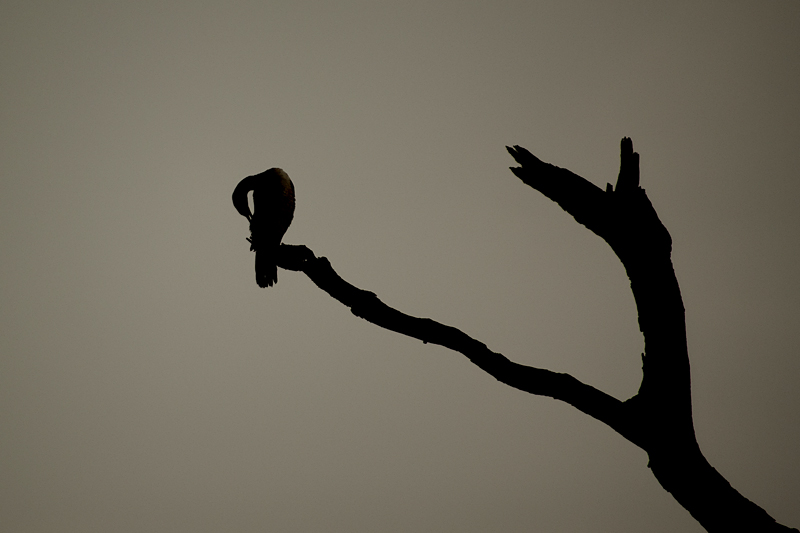