On a first date with a Common Kestrel

The common Kestrel is a beauty that I have wanted to photograph for a long time now. A winter visitor in and around Bangalore, India the Kestrel can be easily spotted in open country, hovering at a height and snooping down on small prey. I have had many frustrating experiences of trying to get within an optimal shooting distance of this beauty given the fact that I only shoot wild birds.Through some acquaitances I came to know of this raptor habitat near Hesserghatta (a village on the outskirts of Bangalore) and I decided to drive down there to break my Kestrel jinx. I reached Hesserghatta around 6:30 am. However, till about 8:30 am. I could not get an exact fix on the location of the Kestrel habitat. I knew that I had time till about 9:00 am. before the light got too harsh for quality photography. When I had almost given up hope of finding the location, I took a wrong turn and suddenly ended up on the periphery of this dry open grassland sprinkled with thorny bushes; the raptor habitat I was looking for!

As I drove into the habitat, there was this beautiful female Common Kestrel on a perfect perch. It felt like we had decided on our first date and I was 2 hours late while she was waiting for me!!!. I couldn’t believe my luck and drove slowly and cautiously towards her as though I was embarrassed for being late on my first date. We exchanged glances at about 50 feet and it felt like she was okay with the car approaching her and allowed me to get much closer than I have ever been to a wild Kestrel.

Here are a series of images of my perfect first date with this beautiful raptor, that lasted for about 20 mins. All image were shot from within my car using a beanbag as a support. D300, 300 f2.8 lens mounted with the 2x teleconvertor giving a fixed 600mm focal length and ISO set at 800 was the setup. 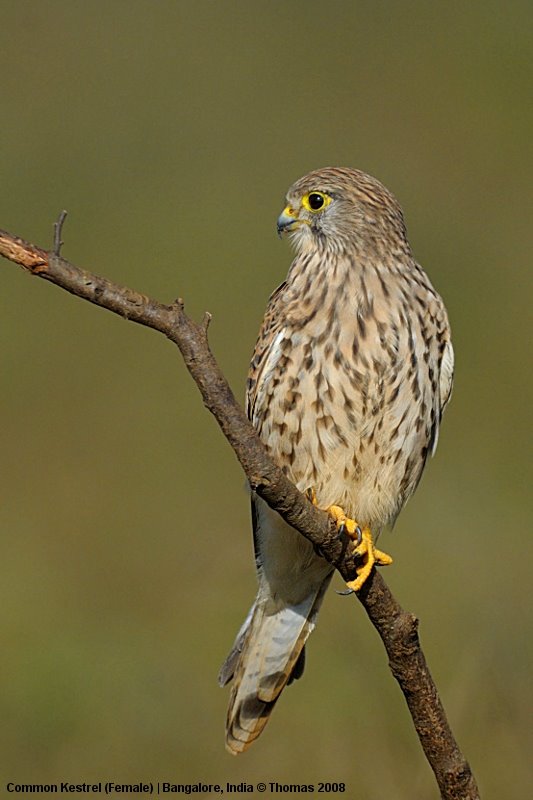 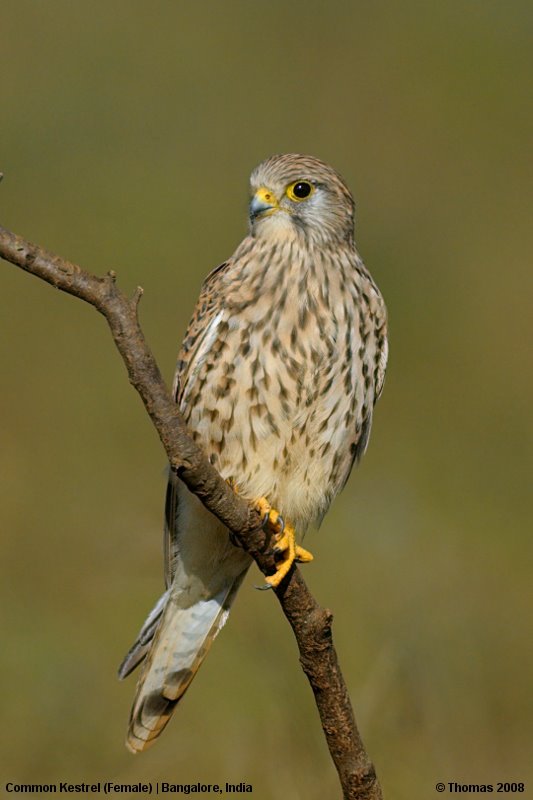 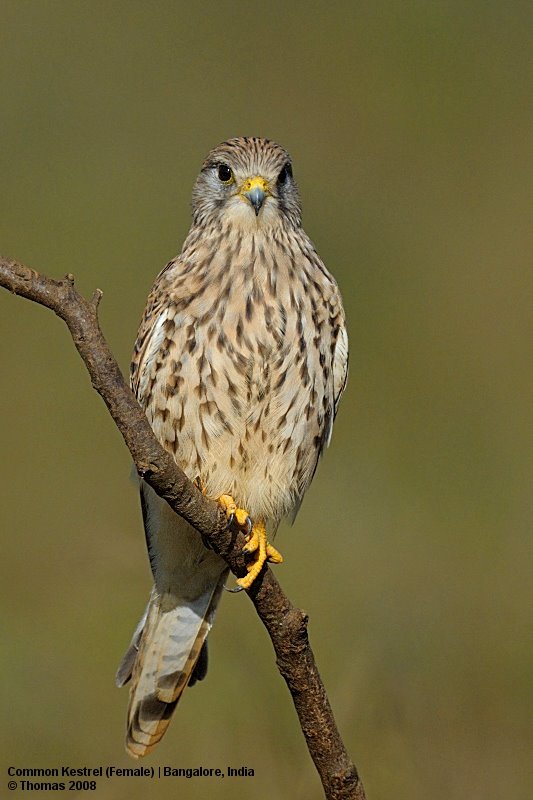 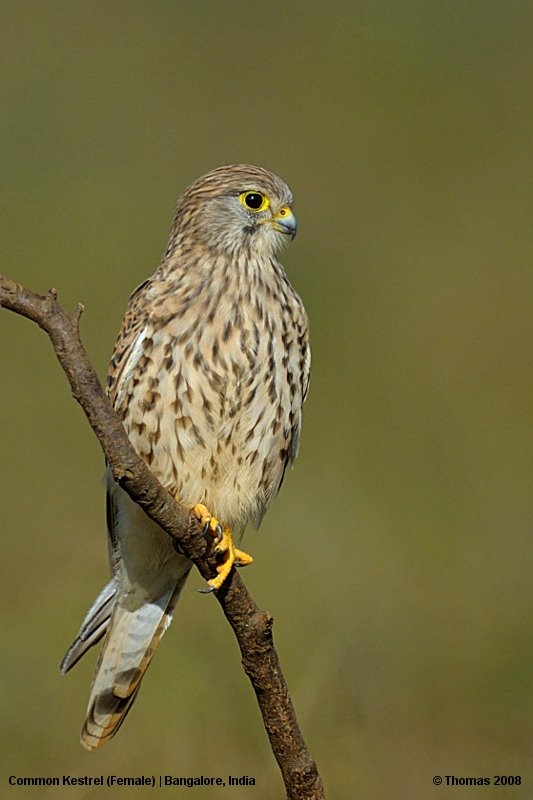 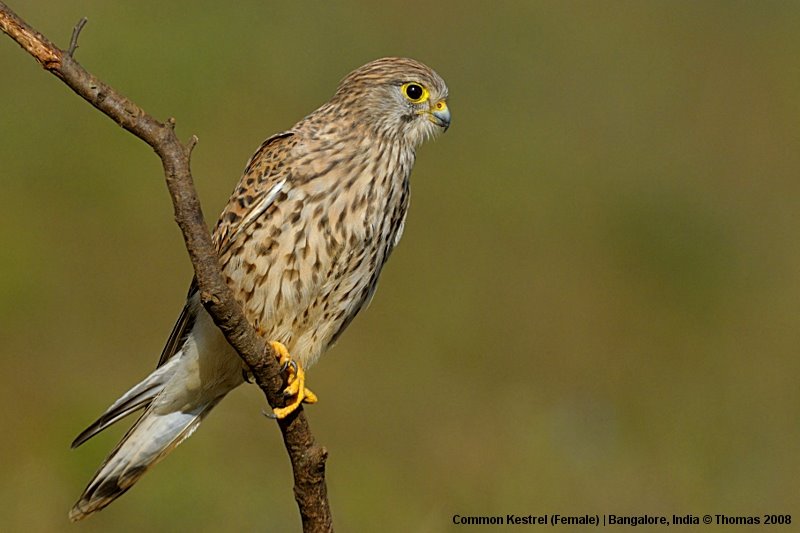 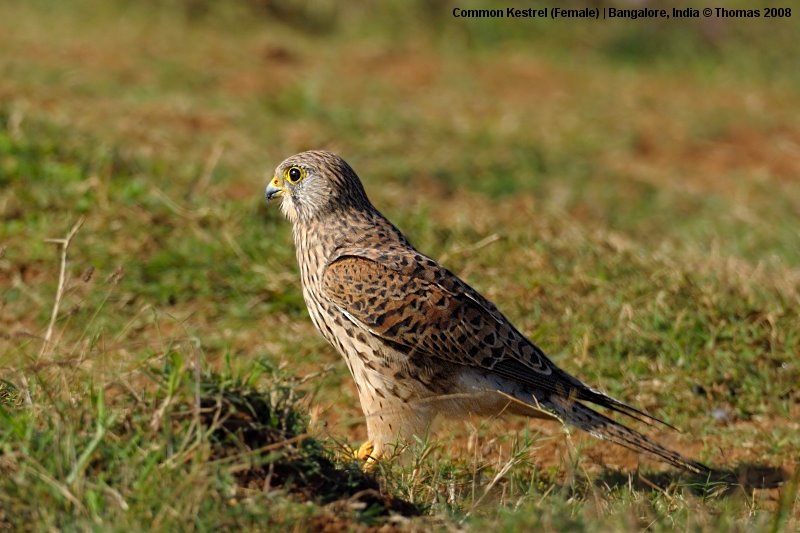 Then she flew onto a different perch with this lovely blue sky as background and I took this image at f/8, 1/2500s,-0.7EV. 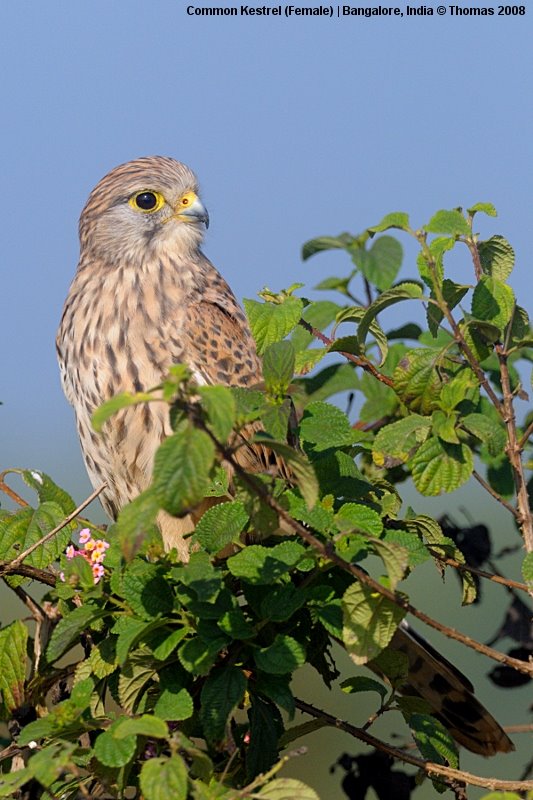 Finally she came down to earth and was trying to catch her breakfast, when I moved in closer. I was within 10-15 feet when I took this image at f/8, 1/2000s,0EV. A closer look into her captivating eye will reveal the outline of my car’s reflection. 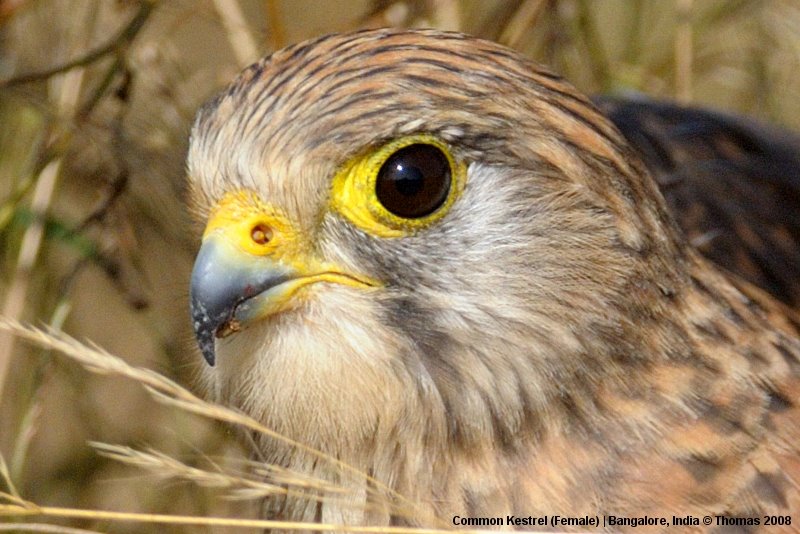