On a hunt with the endangered pack – Dhole (Wild Dog)

The Indian Wild Dog more commonly known as the Dhole is one of the most successful hunters in the Indian Wilderness. The high hunt-to-kill ratio is attributed to the fact that Dholes are sociable animals who live and hunt in packs of comprising of 20 or more individuals. It is unfortunate that these fabulous hunters are today among the “critically endangered species”.

We were exiting the Bandipur National Park after an evening Jeep Safari when we spotted a pack of Dholes cross the road. What amazed us about them was that they were by far the largest pack of Dholes (28 individuals) that we had ever encountered in the Indian forests. 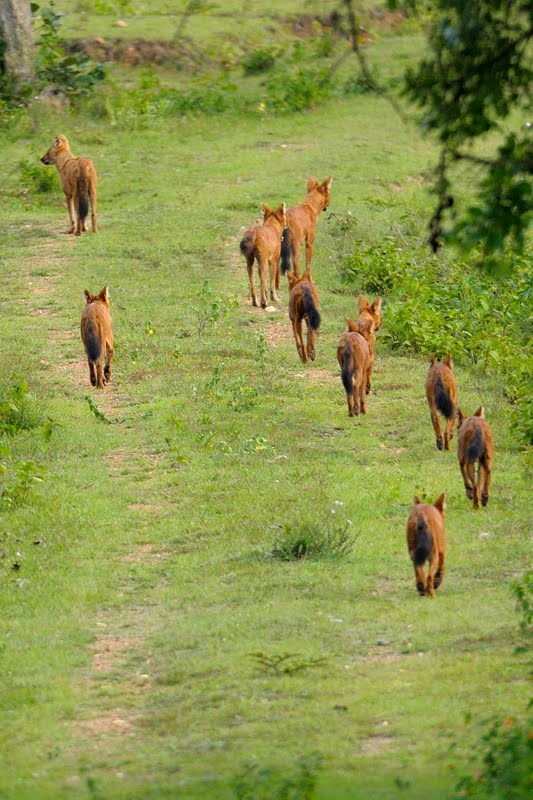 We knew from our prior experience that Dholes literally hunt every day and a pack this size was sure to be successful on a daily basis. During the next day morning Jeep safari, we went to the same area where we had seen the pack the previous evening. And to our luck we sighted them almost immediately! And this sighting turned out to be even more interesting as the pack was already on a hunt. 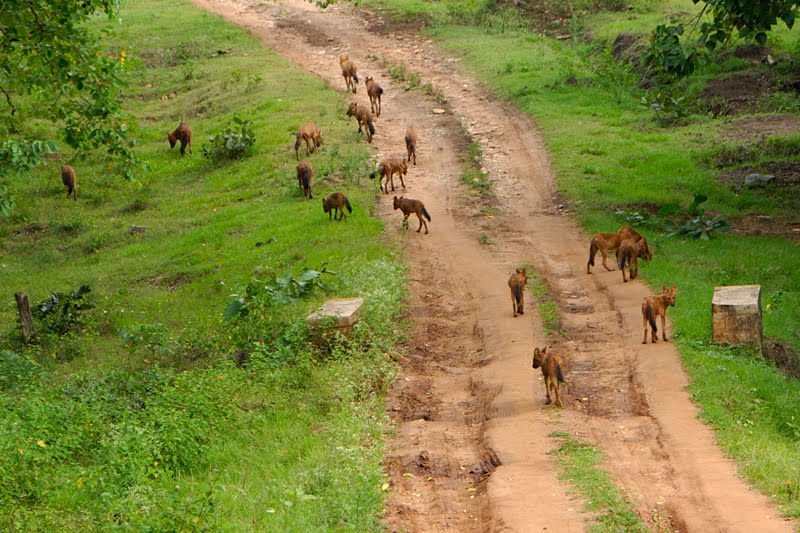 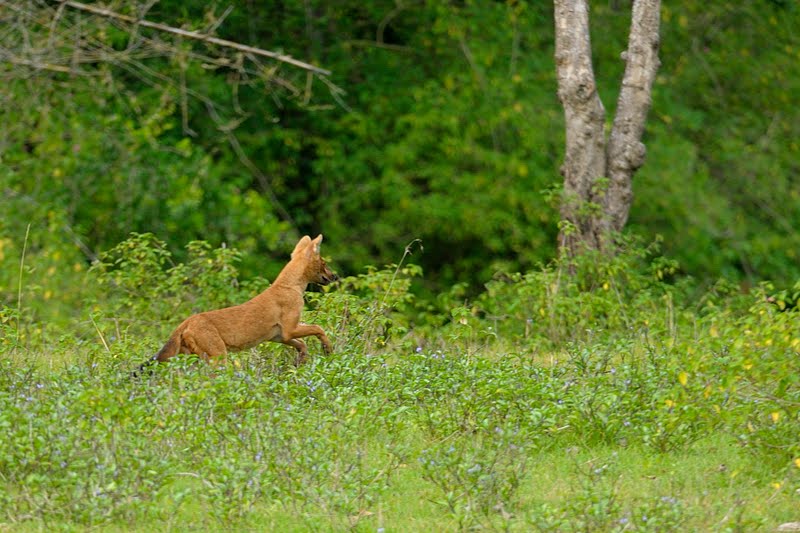 First they made an unsuccessful attempt at hunting down a Sambar deer fawn, which narrowly escaped. 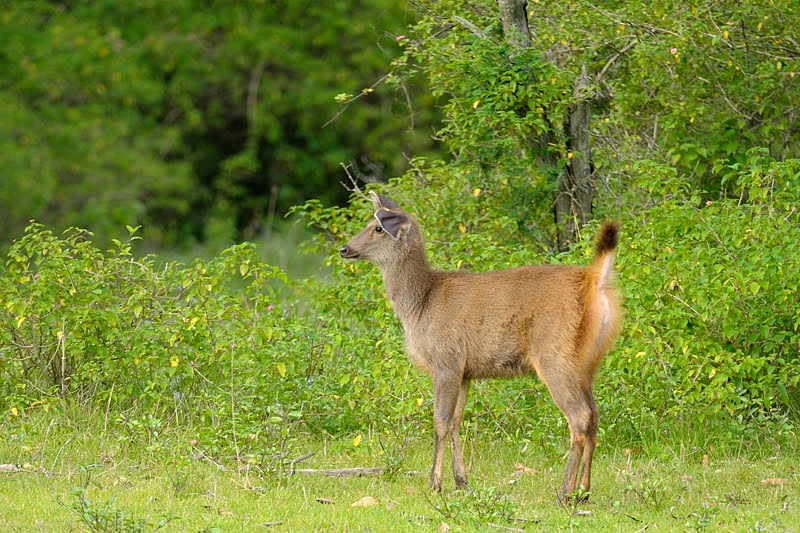 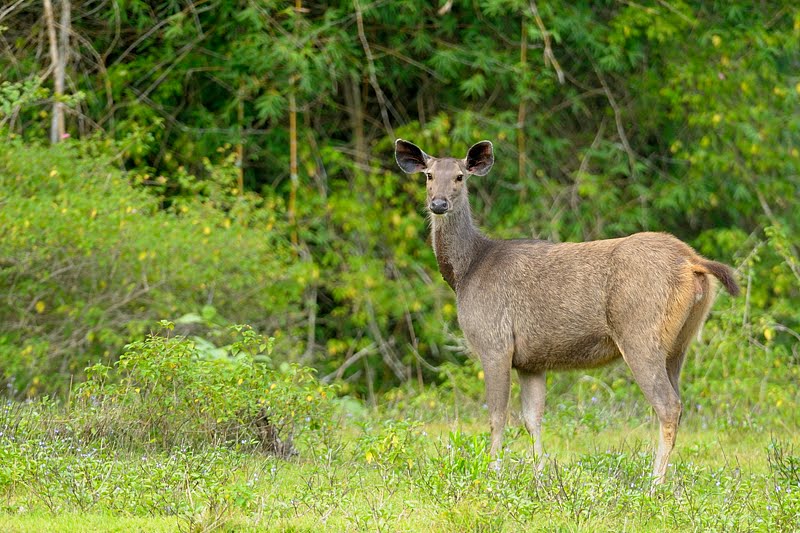 We were quite surprised with the perseverance of this pack since we saw them hunt down every prey they came across and even a Peacock was not spared. However, it looked like the hunt for the day was eluding them. The Dholes weren’t giving up and neither did we. Something told us that very soon they would be successful in their hunt. We were not wrong. It was quite amazing as we saw them casually resting by the side of the forest track road and then within a minute they were up and running inside to kill their prey. 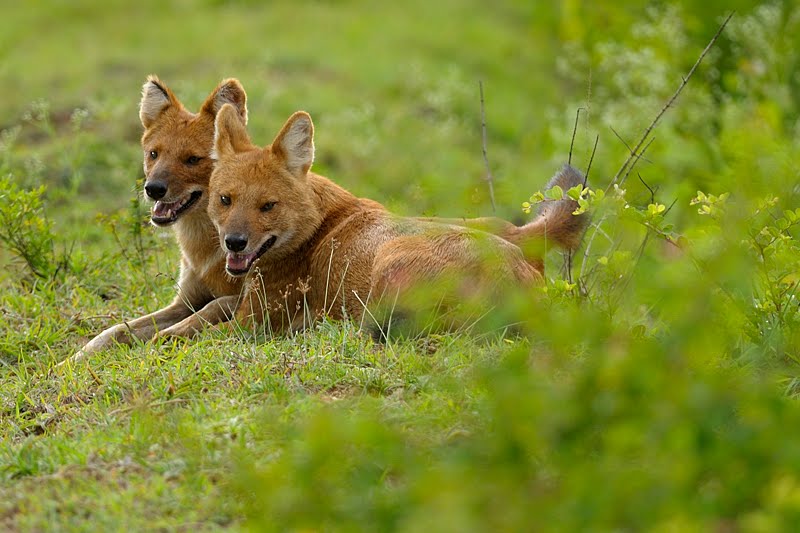 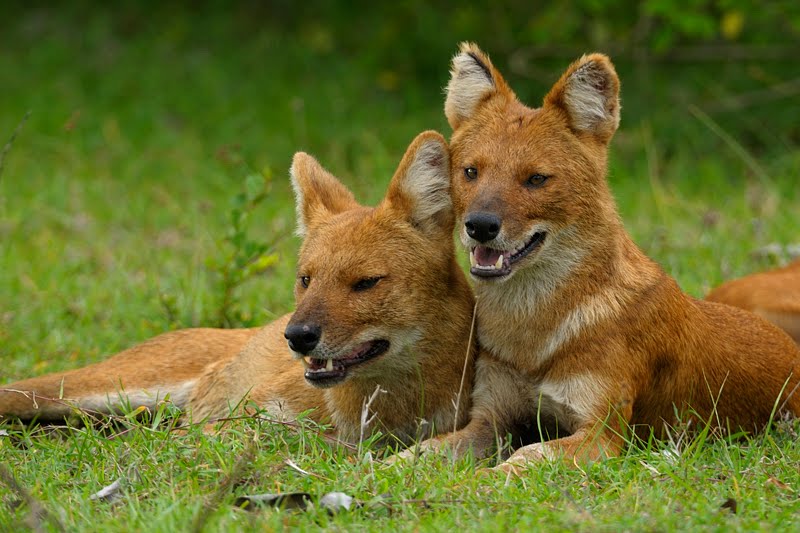 Unfortunately, we could not see them making the kill because of the the thick Lantana that hid our view, but we did hear the last yelp given by their prey followed by the whistling noises these lethal predators normally make while devouring their kill. It was just a matter of minutes before a few of them came out from the Lantana, their bellies full with the meal that they had eaten. The blood-stained fur on this Dhole is proof enough that the kill was quickly consumed. 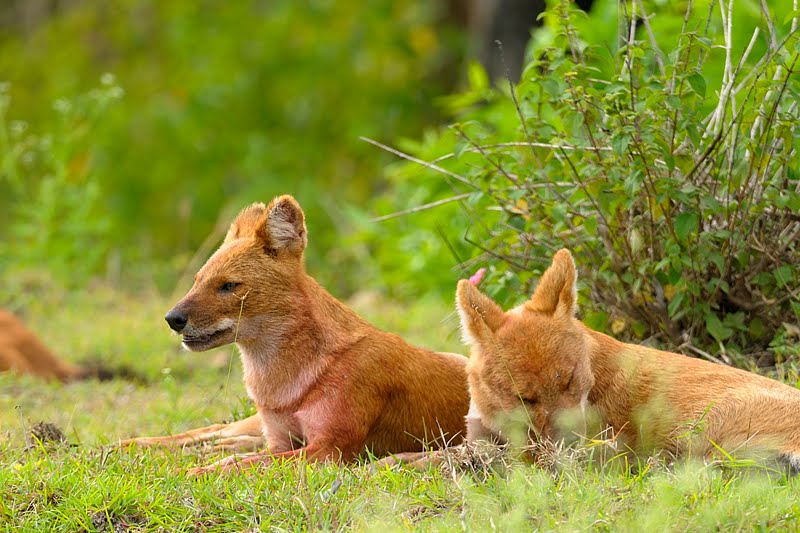 Images of Dholes feasting on a kill can be seen in our post named hunting with a pack and we posted extreme closeups here.