We have seen the Great Hornbill a few times in the past but on this trip to Kaziranga National Park we managed to click some relatively good pictures of this endangered species. The most amazing thing about this bird is its majestic flight and the loud swishing sound made by those huge wings as they flap during flight. On this morning safari, we were really lucky to spot this Great Hornbill come from nowhere and settle down on a tree next to the safari track. As we were trying to get a clear shot, it flew across the road onto another tree. While we waited for the bird to settle down, a Crow took exception to the Great Hornbill’s presence and starting heckling it. The Hornbill took flight to get away from the annoying Crow and this time we were ready for it and captured it taking flight with the crow in hot pursuit. 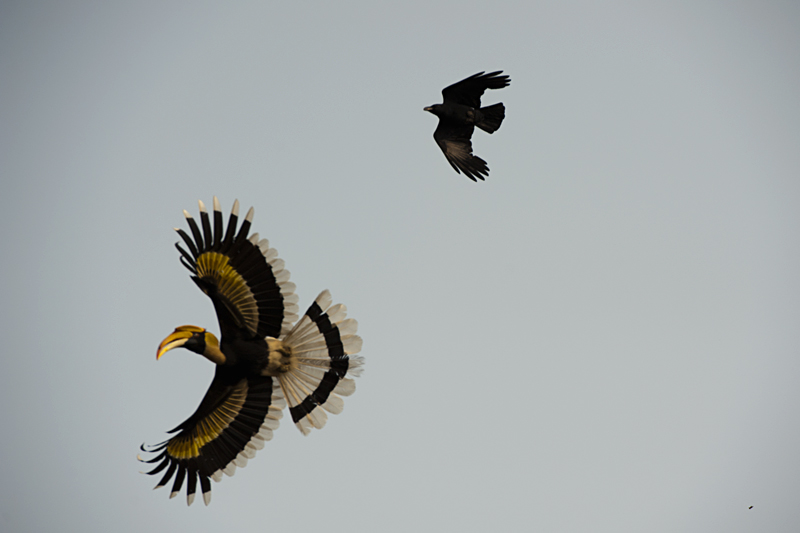 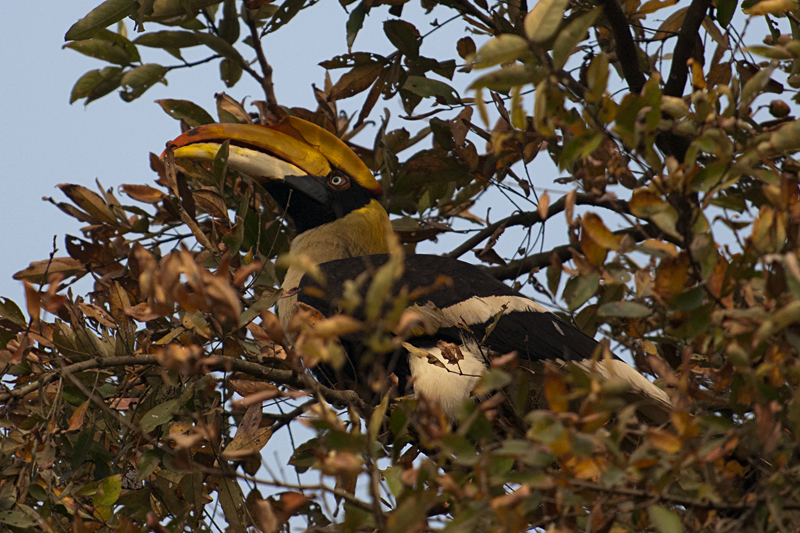 The Great Hornbill once again sat on another tree closeby in an attempt to lose the Crow. After waiting for a few seconds, when it realized that the coast was clear, it took off for good. It was an incredible sight to watch and photograph this Great Hornbill in its flight. 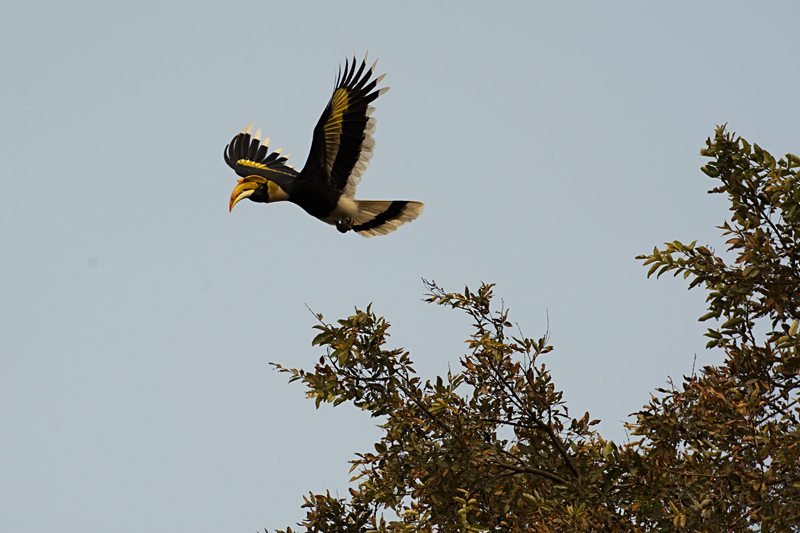 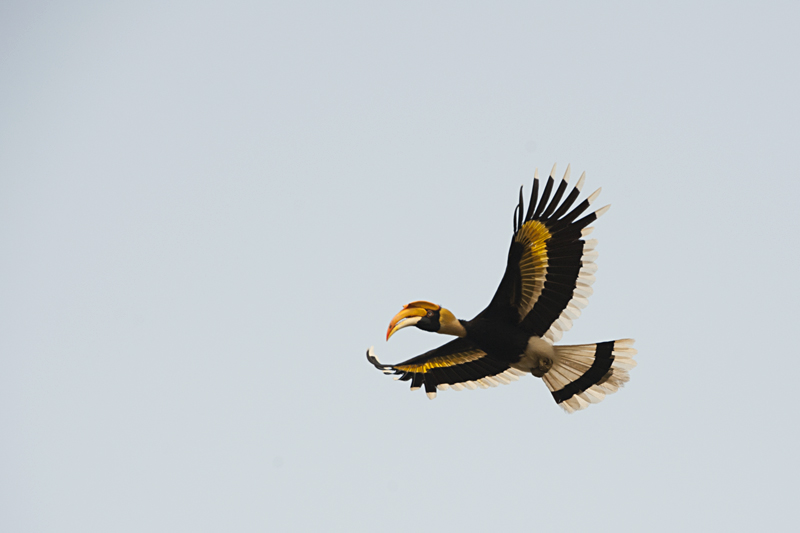 I kept my camera trained on it, followed it along its flight path, taking pictures in a frenzy. Once the bird was out of sight, I frantically looked through the pictures to see if the images were as exciting as the spectacular sighting. 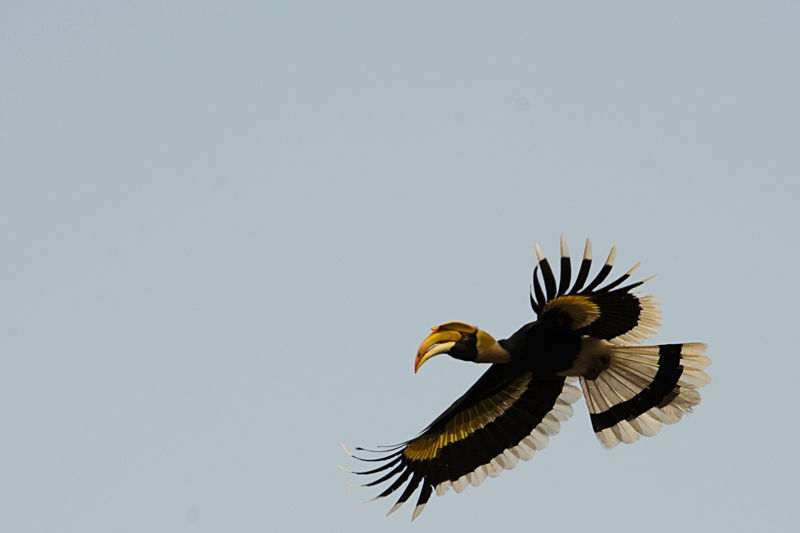