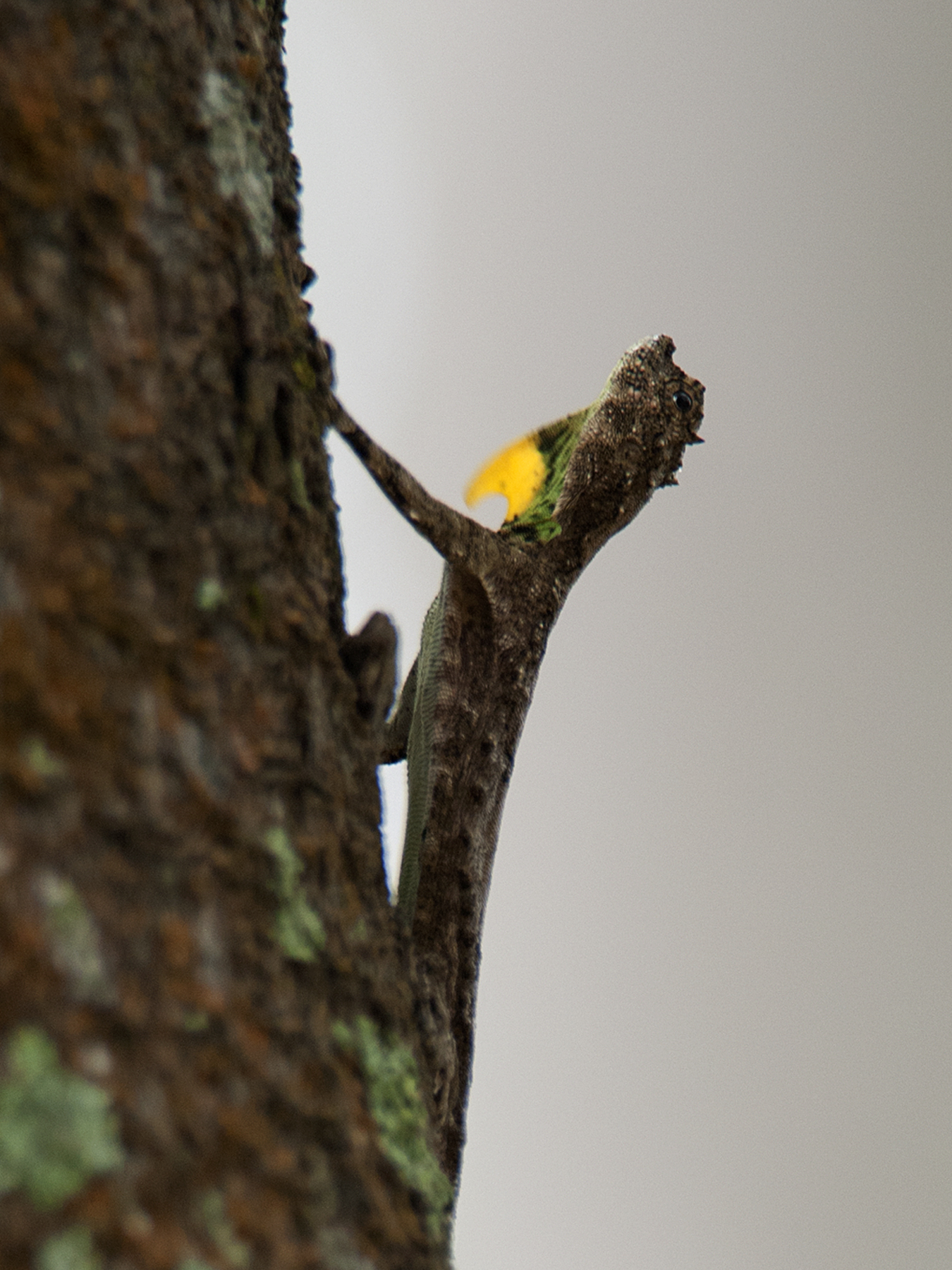 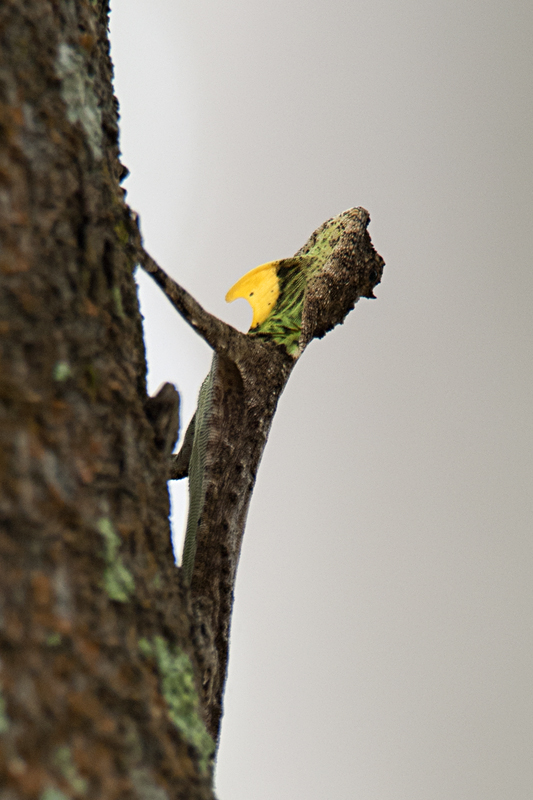 During one of my recent visits to BR Hills, I was photographing the Black Wood Spider when Sudhir, a well-known wildlife photographer, who was also there, spotted a Southern Flying Lizard glide through the air and land on the trunk of a tree close to us. We have seen this species before but had not been able to photograph it. Thanks to this opportunity, we were able to observe and photograph it in the campsite.

Like most other lizards, the Southern Flying Lizard is a perfectly camouflaged reptile. However, these dull colored lizards, especially the male have a bright yellow colored gular fold, which they partially extend in social displays to an intruding male. Now to photograph this social display is a bit of challenge since it’s duration is a fraction of a minute and it is impossible to predict when the Lizard will do it.

So when Sudhir spotted the Lizard glide and land on a nearby tree, he alerted me about the social display. I promptly setup my tripod and mounted the D300 with the 300mm f2.8 lens with 2x TC and kept observing this Lizard waiting for it to extend its gular fold. The Lizard was aware that I was there watching it and it climbed higher onto the tree. This left me staring upwards through my camera mounted on a tripod at an uncomfortable angle of over 75 degrees. This lasted for close to two hours. However, the Rain Gods opened up the skies thereby forcing me to dismantle my setup and run for cover. Here’s what I managed to capture in that two hour standoff with this Southern Flying Lizard. 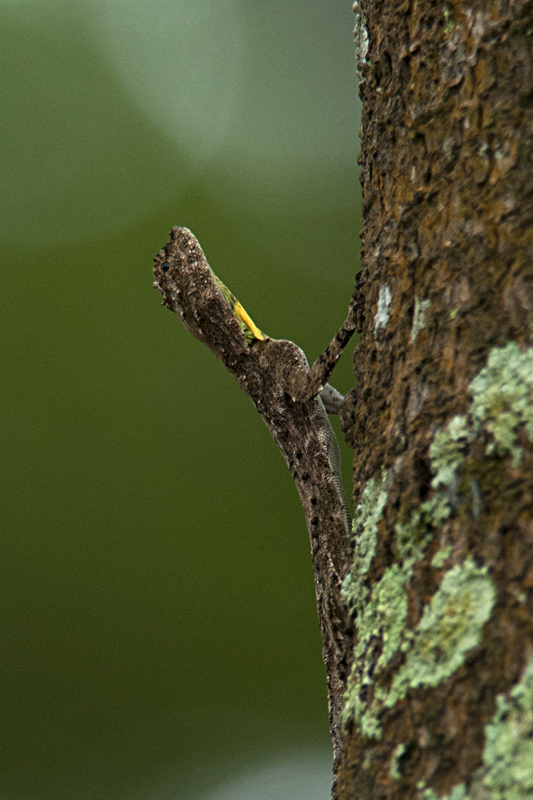 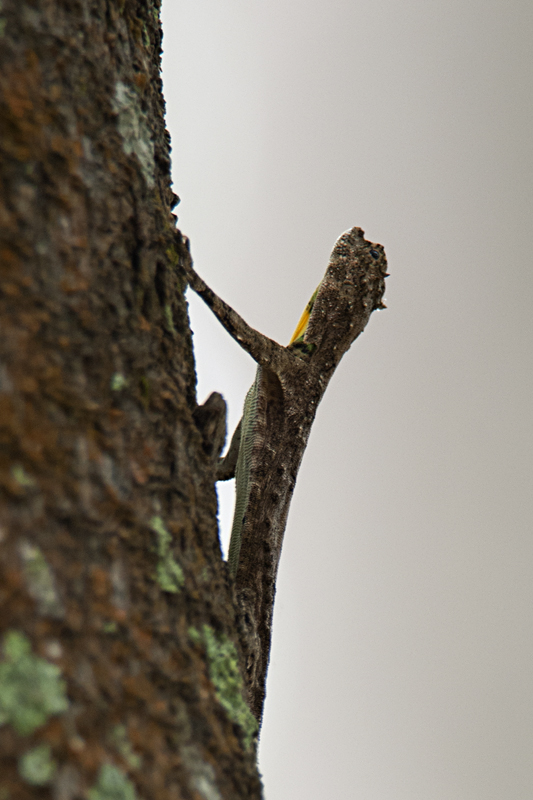 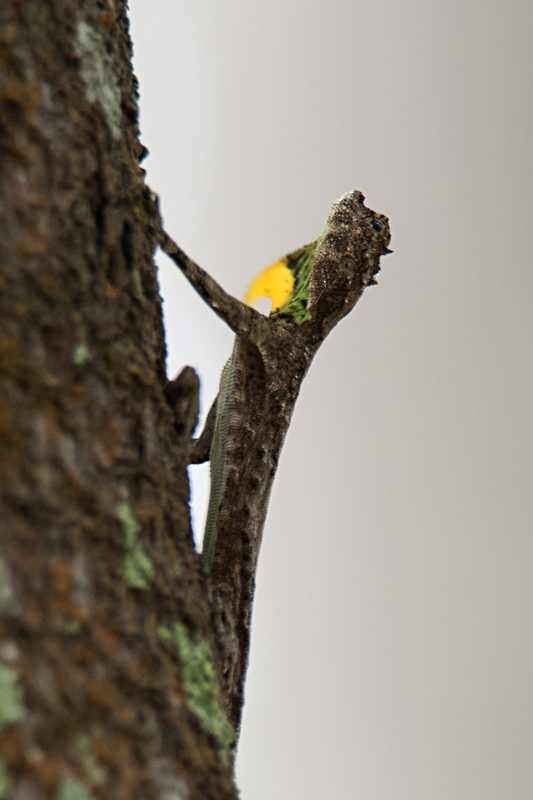 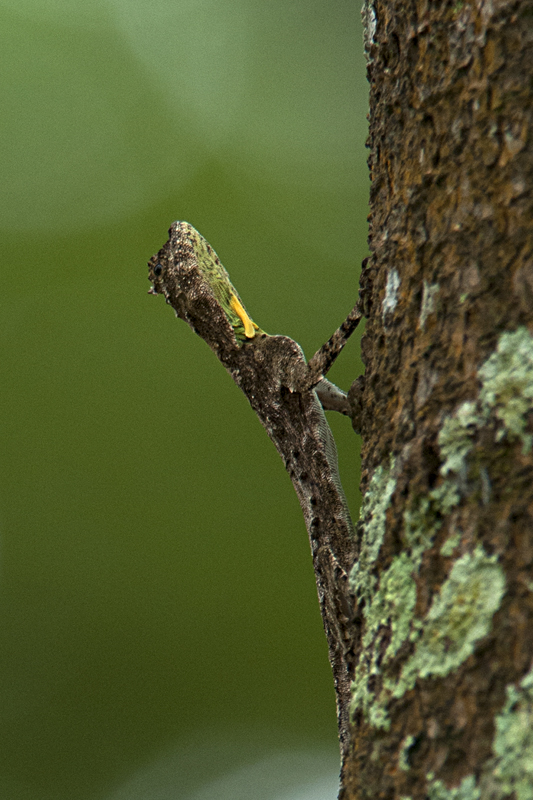