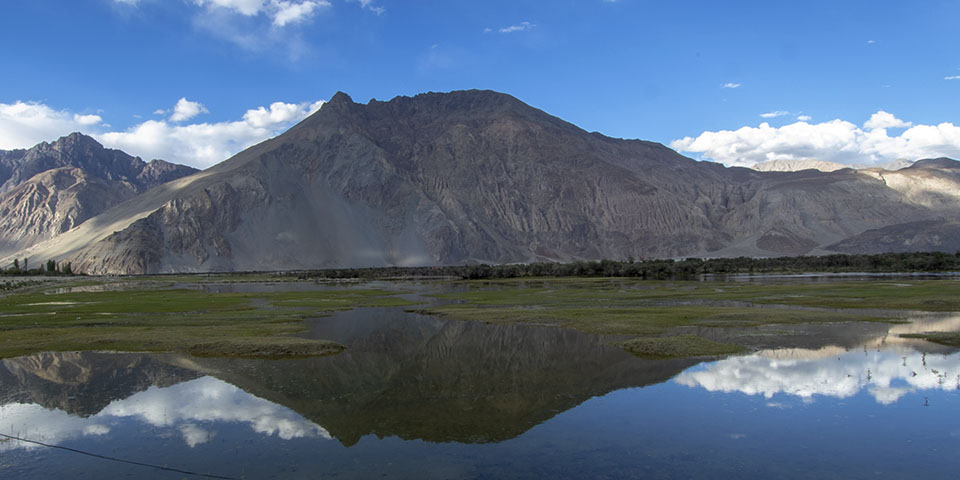 Following a couple of days of acclimatisation in Leh, Ladakh, we headed off on a road trip to Nubra Valley passing Khardungla, claimed to be one of the highest motor-able passes in the world. Leaving Ladakh Sarai after breakfast, we crossed Leh town and before we knew we were on the long ascent to Khardungla. The road was narrow and steep, as seen from the picture below.

We reached Khardungla in a couple of hours and what an amazing feeling it was to be there. it was bitingly cold and we took a short break to have tea, take a few pictures before we headed out. Our descent from Khardungla to Nubra was halted for about an hour because the road was being repaired and that gave us ample time to soak in the altitude.

Soon after, we headed off to Nubra Valley and after a few hours, the Valley welcomed us with a spectacular view. We reached Hunder Sarai for lunch and after a brief rest, we headed to catch a glimpse of the popular tourist attraction, the Hunder Sand Dunes.