Scouting for breakfast with a Minivet couple in Havelock Island 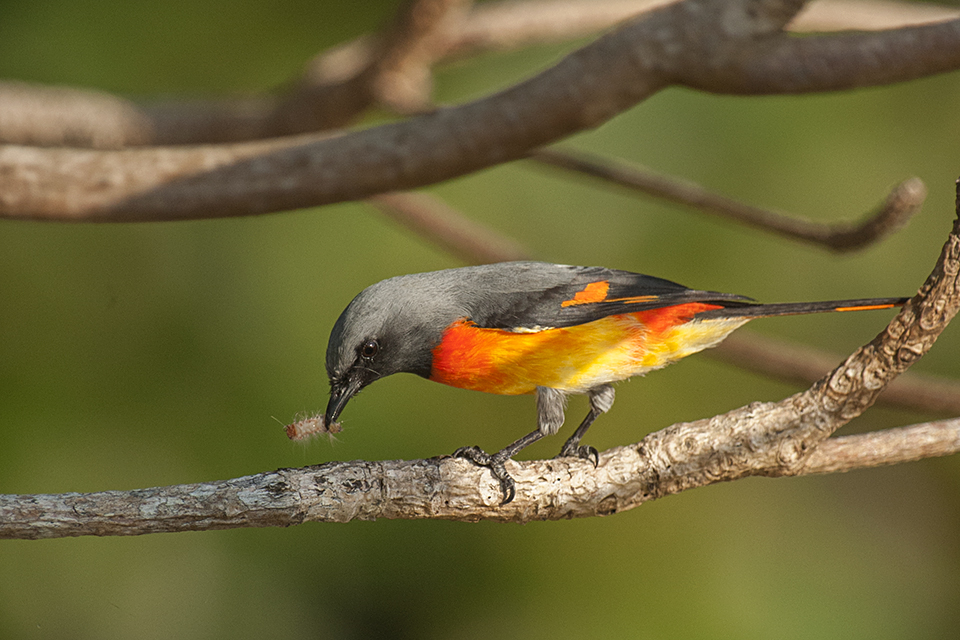 After running behind a pair of Collared Kingfishers and photographing them to my heart’s fill, I reached the area near Neil’s Cove where I had seen the Stork-billed Kingfisher. While I did not spot any Stork-billed Kingfishers, a hunting group of Small Minivets caught my attention. I set up my tripod closely and watched these small wonders go about scouting for food. A pair of them came and perched close to me and I followed their movements with my 300mm f2.8 with 2x TC. I noticed the male Small Minivet glance at me for a couple of seconds. It then hopped on to a lower branch. 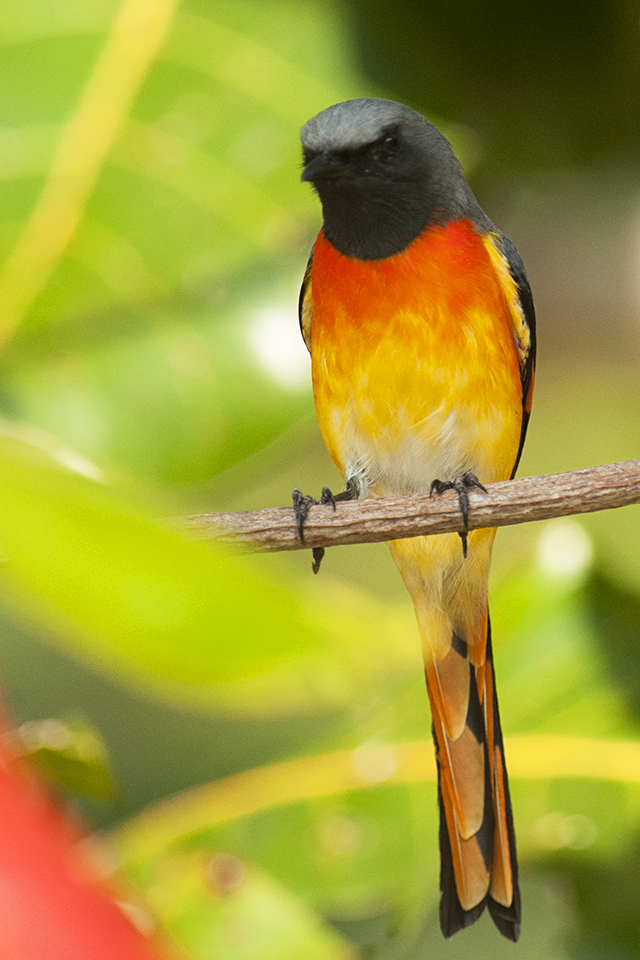 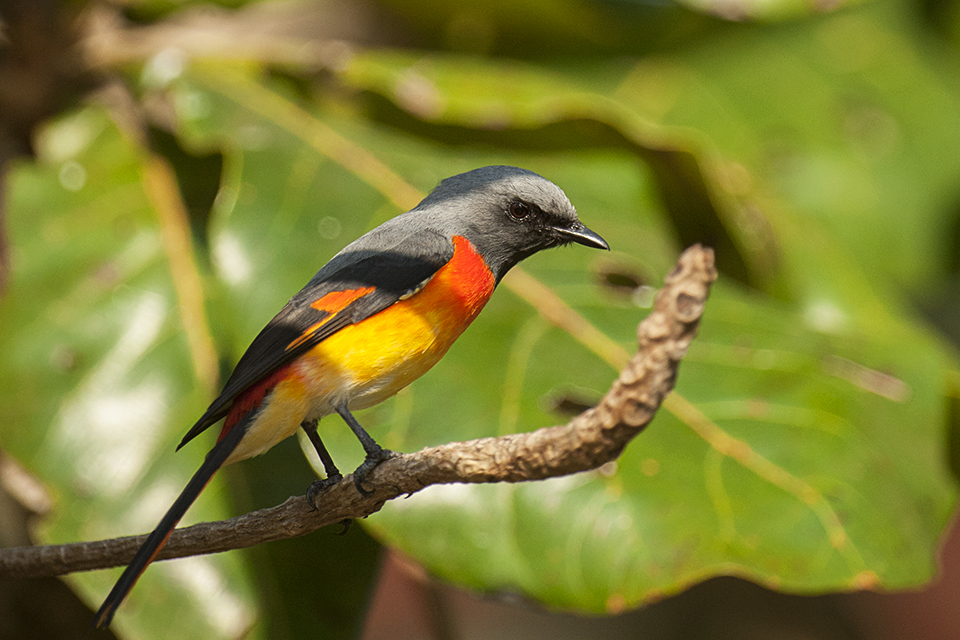 It looked around scanning the leaves for anything that moved and soon enough something caught its attention. Meanwhile the female Small Minivet was likewise foraging for food and I managed to get a couple of pictures before it moved on to higher branches. 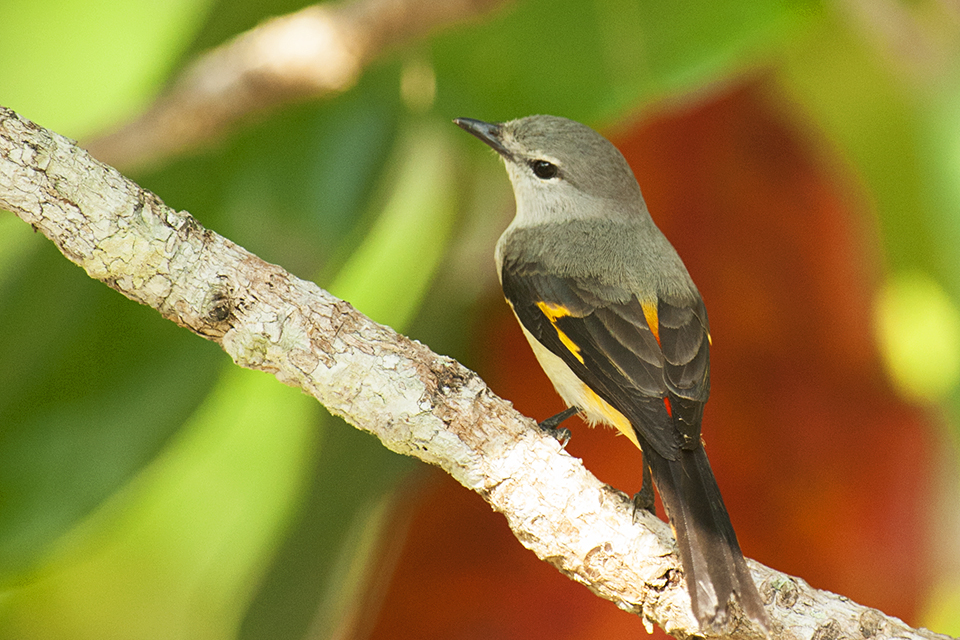 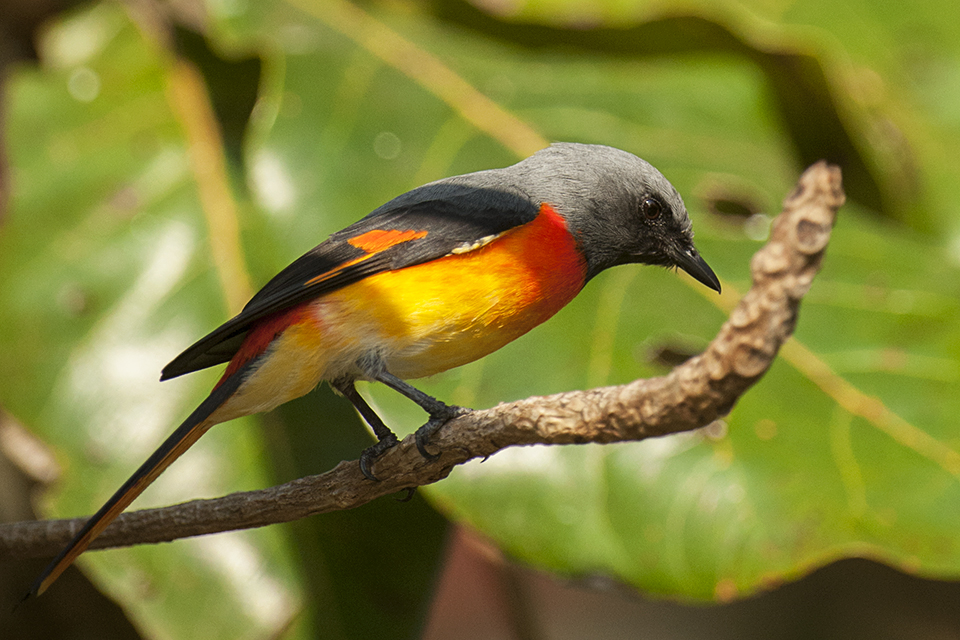 I quickly switched my focus to the male as it zeroed in on a lower branch to spot something. It flew to another branch and caught something and came back to the perch closer to me. It started to soften its catch and I captured that frame as the feature image (first image) of this post. And the final image here is that of the male eating its catch. 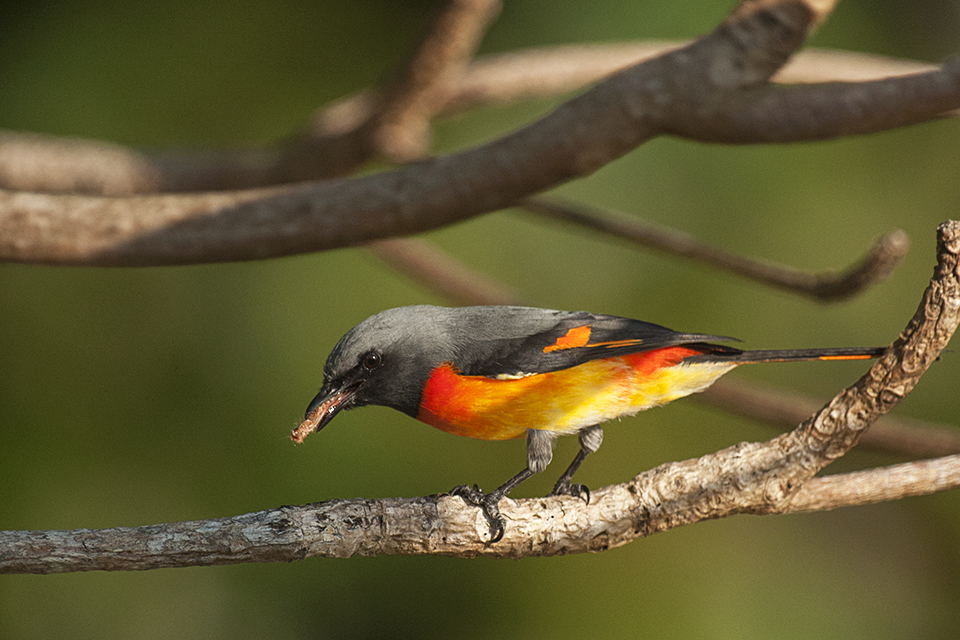