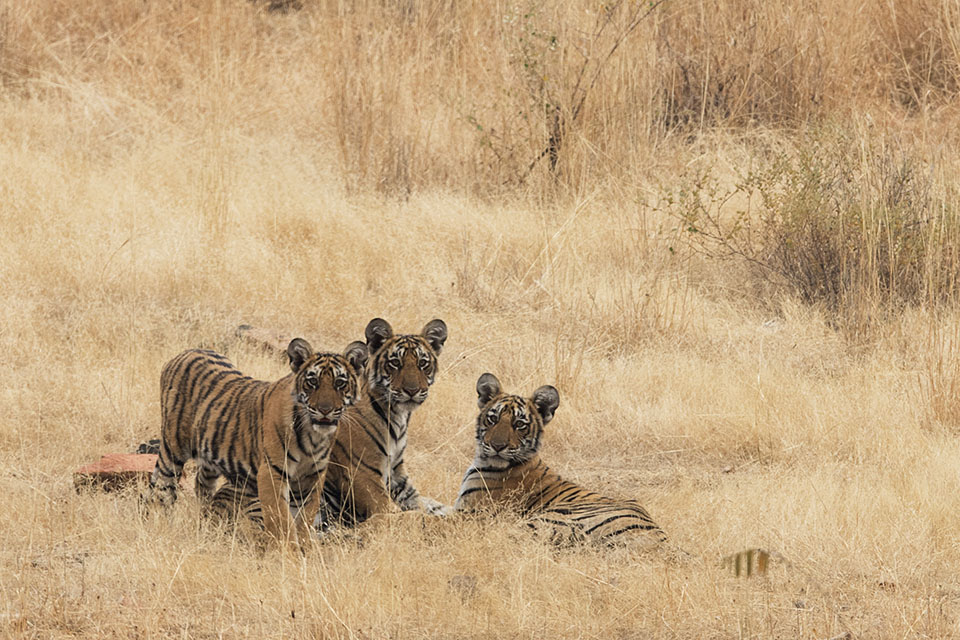 During one of the safaris in Ranthambore National Park, we came across Krishna one of the well known Tigress of the park. She was with her cubs. It happened to be an amazing sighting for us. Soon Krishna disappeared into the Ranthamnore wilderness with the cubs in tow. We thought it was the end of the sighting. But when she again emerged at a clearing not far away, we thanked our lucky stars and positioned our vehicle at a vantage point and waited for them. Nervous about the long queue of vehicles, the Tiger cubs quickly hid in the tall grass with their anxious mother looking on. 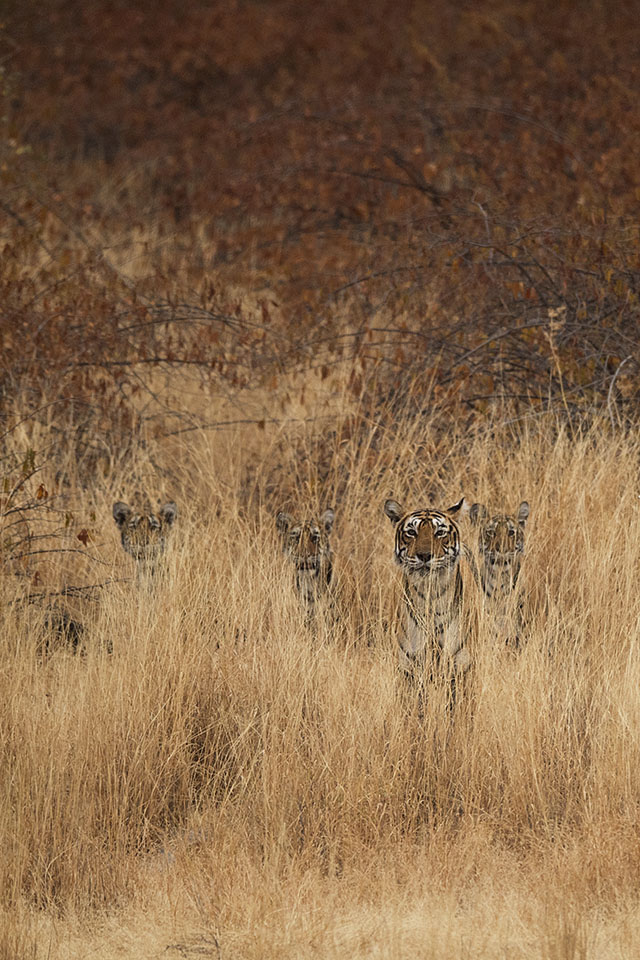 Soon the Tigress sensed the nervousness in her cubs and walked to them, comforted them, maybe telling them that there is nothing to worry about these tourist vehicles. At this point, the Tigress and cubs were barely within the range of my 600mm f4 lens. Then slowly the Tigress walked back to the open ground and was asking the cubs to follow, while they looked on. 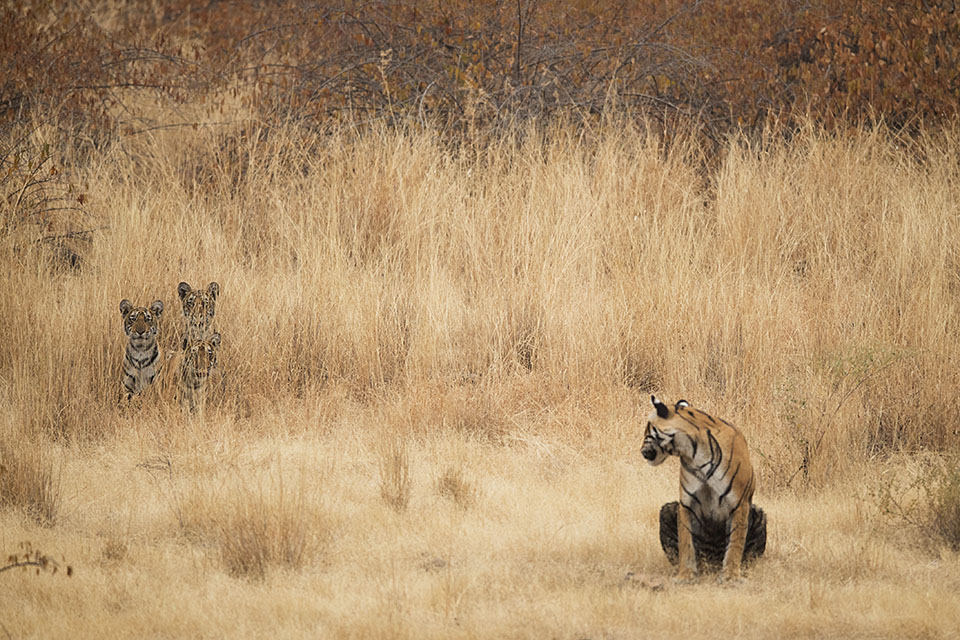 After a few anxious moments, one of the cubs joined the Tigress and she greeted him with playful strokes. After some play, the Tigress got up and walked towards the road. And the cubs followed tentatively. 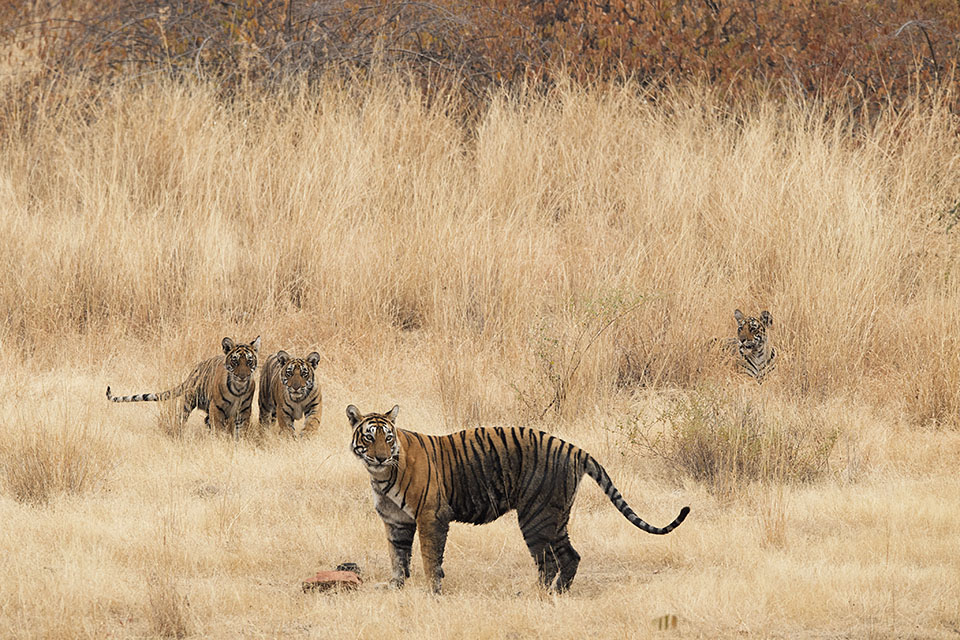 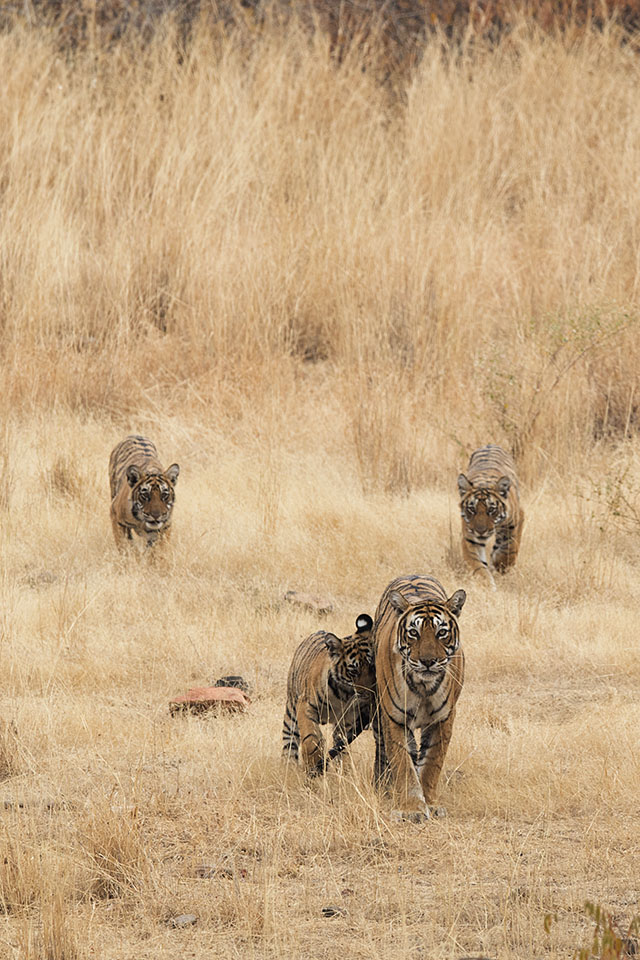 The bravest of the cubs, quickly joined its mother and they walked confidently towards the parked vehicles. It was clear that they were going to cross the road at some point and disappear on the other side. The cubs sat down one last time (see feature image) in the grass, before following their mom. The Tiger led the shy cubs through the maze of vehicles and crossed the road and headed away, presumably towards a kill she had hidden somewhere close by.