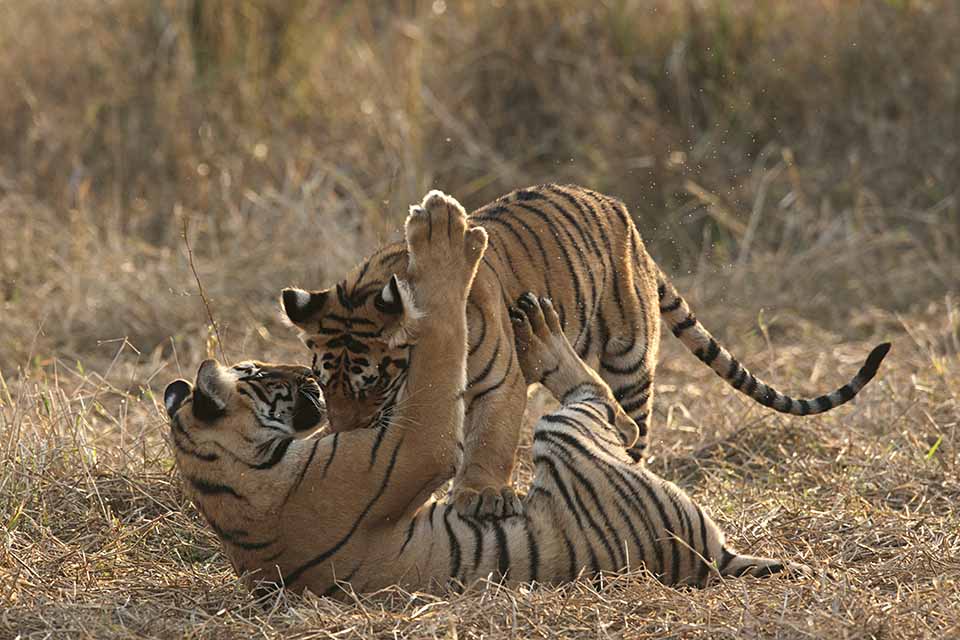 Watching Choti Tara, one of the much sought after Tigress in Tadoba National Park, play with her cubs would have brought tears of joys to any die hard wildlife enthusiast. Soon it reached a point where the Tigress could not be at the receiving end of her sons teeth and claws and she growled at him in anguish. Seeing their mother not too happy with them, the boys turned their attention on each other. 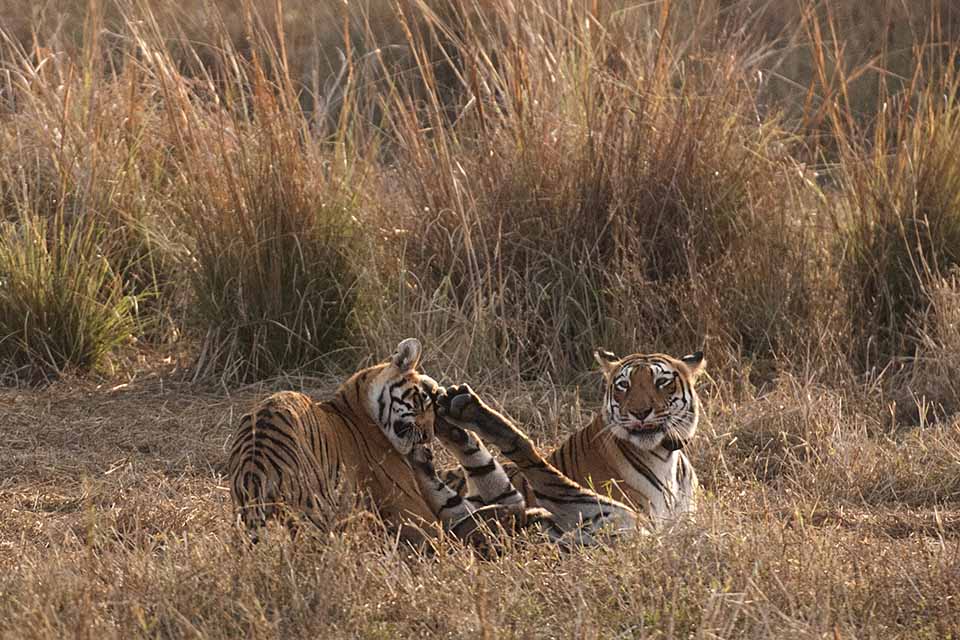 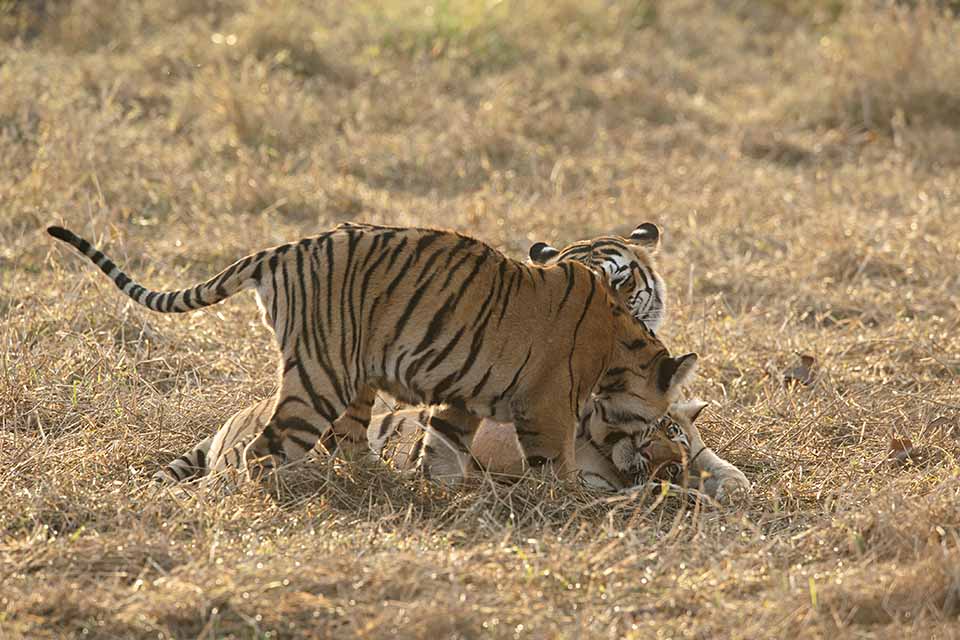 But mom still kept a close watch while the boys played. I guess she was too protective of these bundles of energy. This was the first time I saw sub-adult Tiger cubs play in the open grasslands in any of the National Parks that I had visited, and I was just too excited to stop photographing. 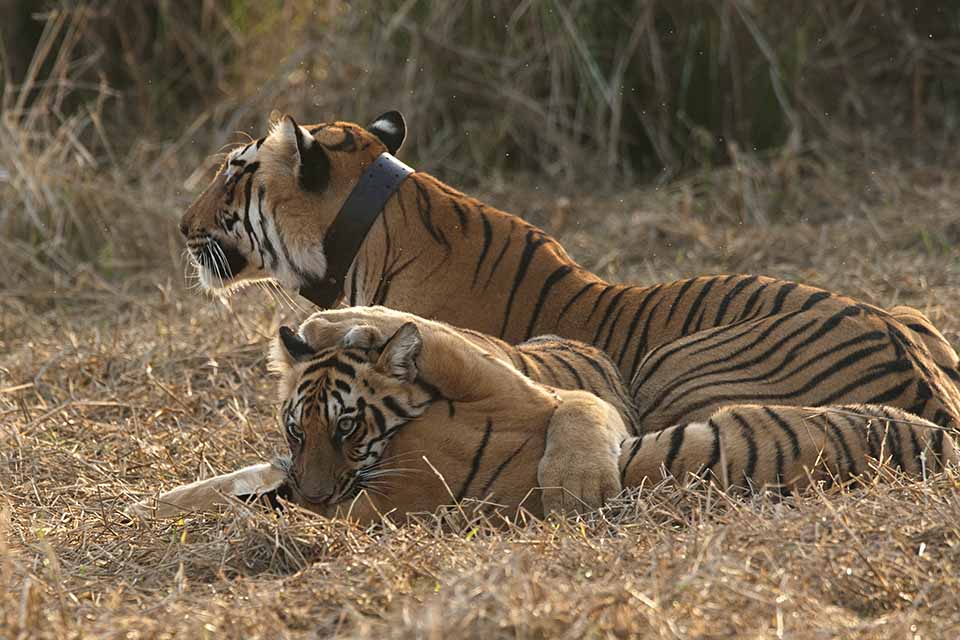 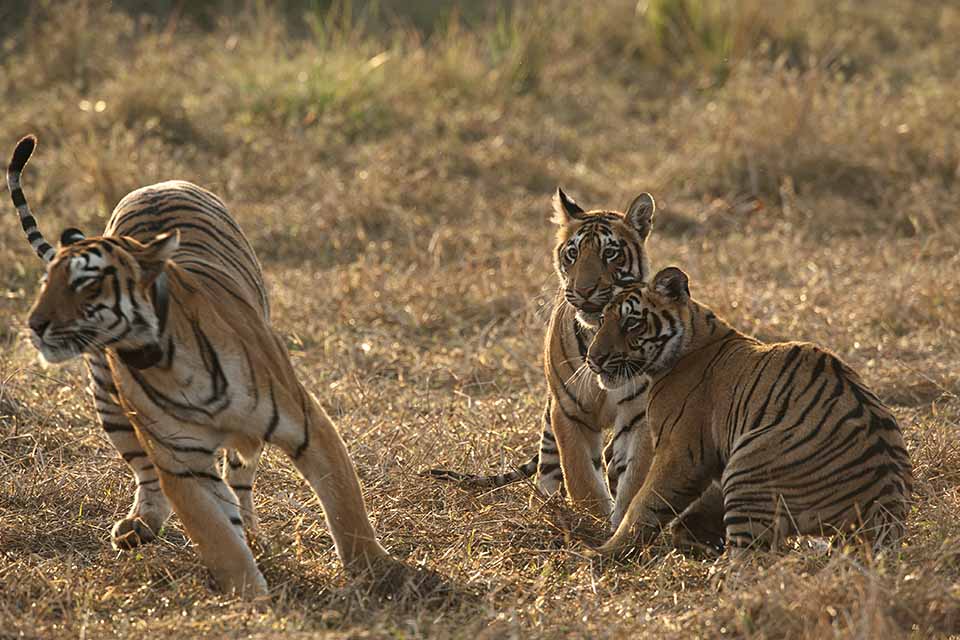 Soon Mom had enough of the boys and she dashed off into the tall grass away from the cubs. With mom putting up the disappearing act, the cubs played for sometime and I captured it in the feature image (first picture). Soon they lost interest and I photographed one of the siblings taking a well deserved break. 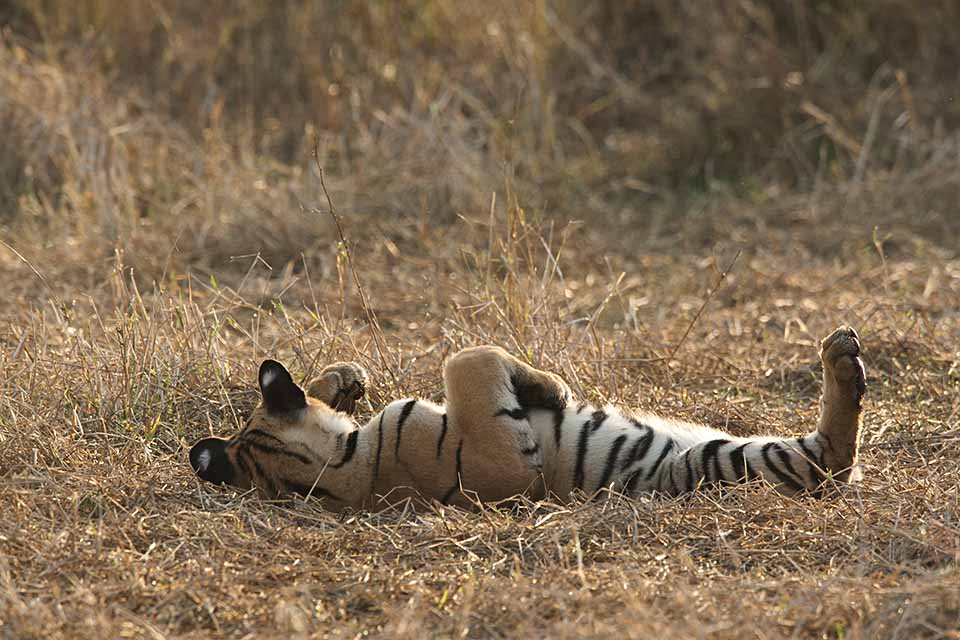