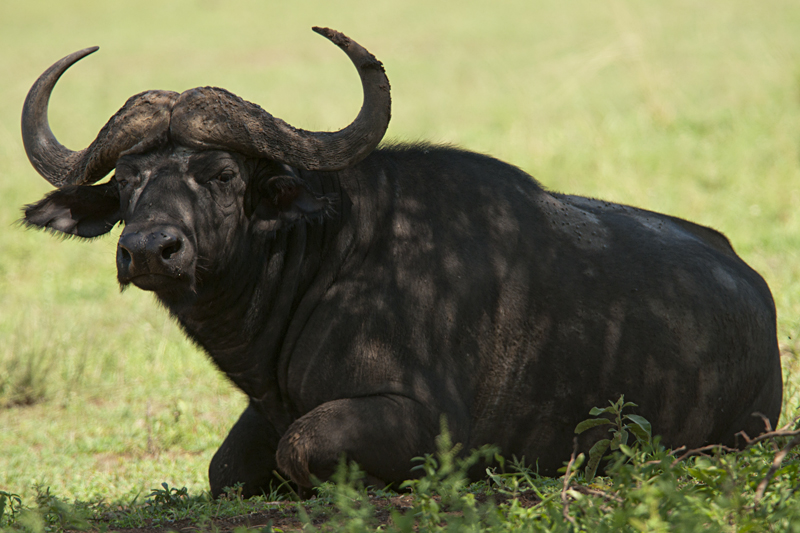 We were returning to the resort after a morning safari in the Western Serengeti when we spotted two Cape Buffaloes cooling off in the shade of a tree by the side of the road. In all our earlier sightings, the Cape Buffaloes were at a good distance, making it challenging to get good images. However, this time, these two subjects were within the full frame reach of my 300mm f2.8 mounted with the 2x TC. 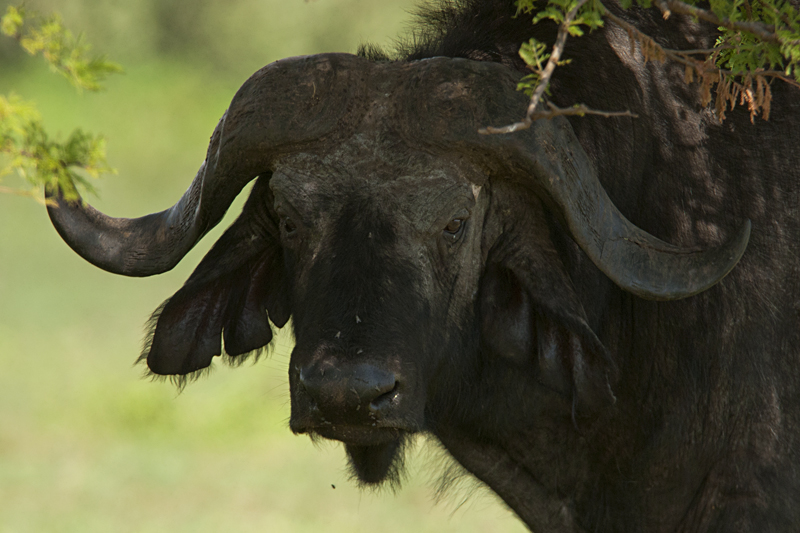 We stopped the Jeep and took a couple of images of the Buffaloes lazing under the shade of the tree. As soon as the Buffaloes realized that this Jeep wasn’t going anywhere, they got up and walked a few paces away from the tree into the hot sun. Incidentally they also split up and stood at some distance apart in such a way that the two Buffaloes and the Jeep formed a perfect triangle.

From that distance, the Buffaloes stood their ground and kept a constant watch over the Jeep. Occasionally, they would look at each other and communicate non verbally as if to exchange notes on what this Jeep was upto. The standoff gave us the opportunity of getting frame filling portrait compositions of these massive boss of the African savannah. Earlier during the safari, we had seen a pair of Cape Buffaloes standing together in the same location, however, on closer observation we noticed they were a different set of Buffaloes. 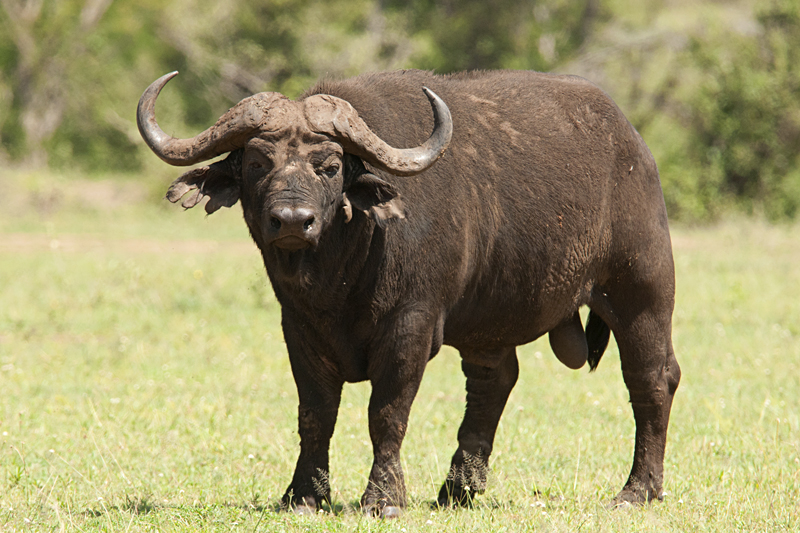 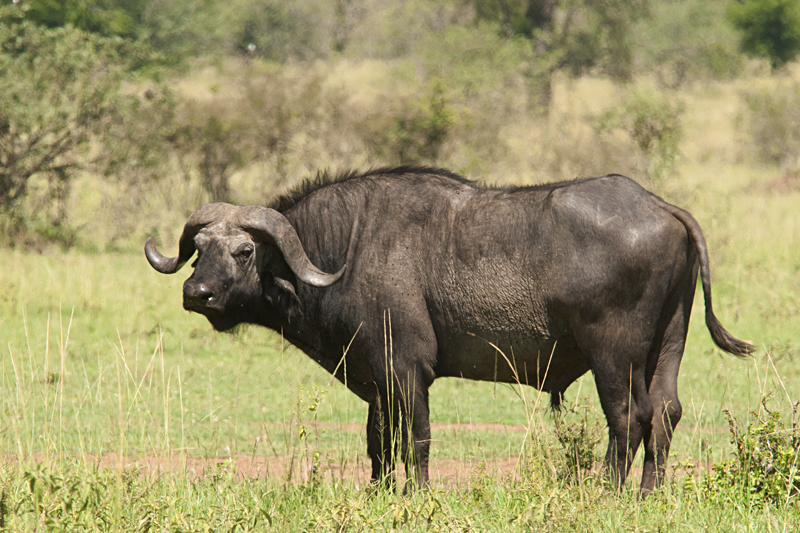 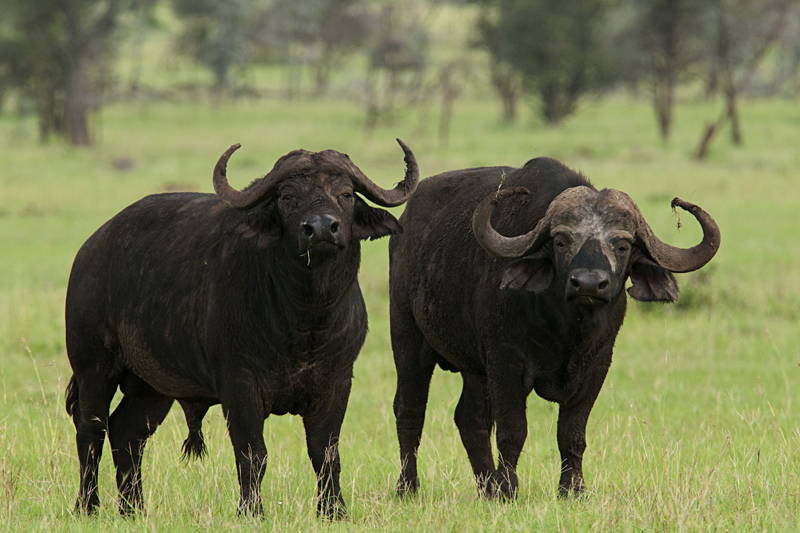