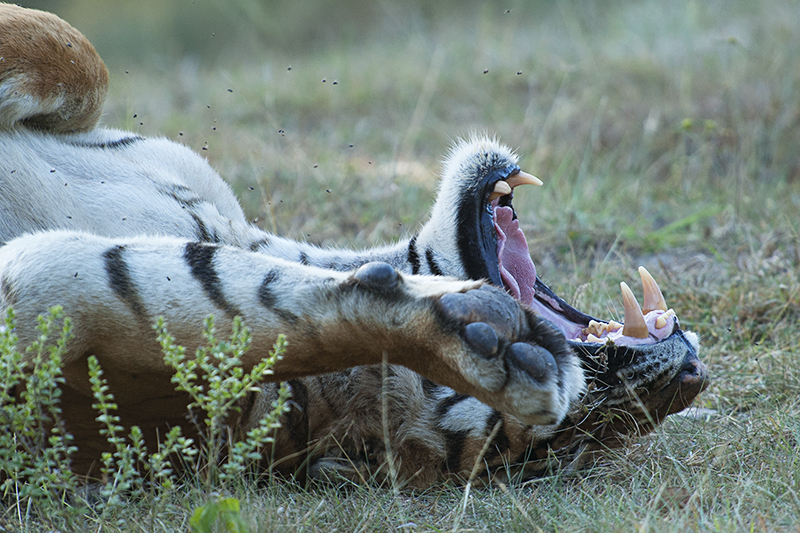 What a better way to start the new year than writing about the Majestic Tiger that Rajesh Chandran, an old friend of mine and I saw on our first trip together to Bandipur National Park. When we were planning the trip, Rajesh pointed out to me that he had never seen a Tiger in the wild. I told him that if we believe we would see one, then for sure a sighting of the Tiger was in store for us. Thanks to our belief and conviction, we saw a Bengal Tiger, and what an amazing sighting it was! The Tiger was right next to the game track, in the open, completely relaxed. And it stayed there for almost 35 minutes giving us some amazing photo opportunities. I took the feature picture (above) when the Tiger was rolling over on his back and I captured his cold glare (below) when he got a little serious. 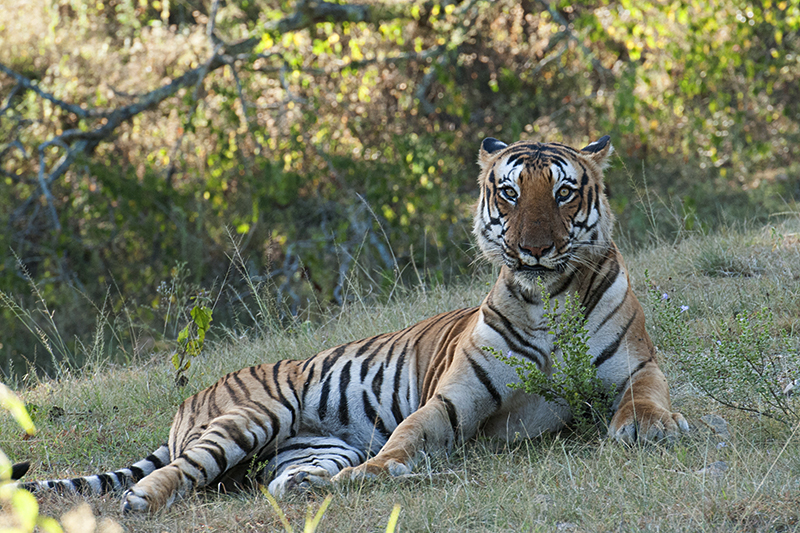 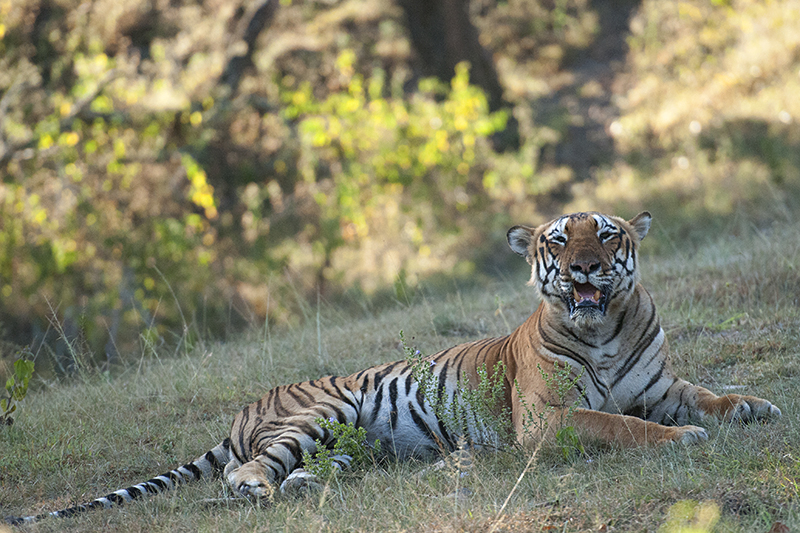 Our guide Basavana pointed out that this was the Prince of Bandipur. I was shocked, when I realized what a majestic figure he had been when I had last seen him. Now when I saw him, he looked as if had not had a meal in days and appeared to be tired from hunger. I have tried to capture that tired look (above). In the picture below you can see his sheer size and length (measuring about 10 feet in length – head to tail) making him one of the largest tigers you will ever see in Bandipur. 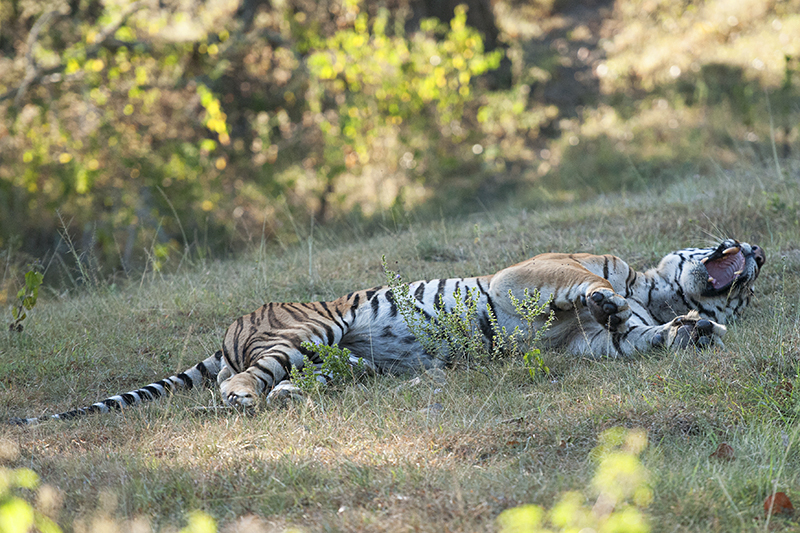 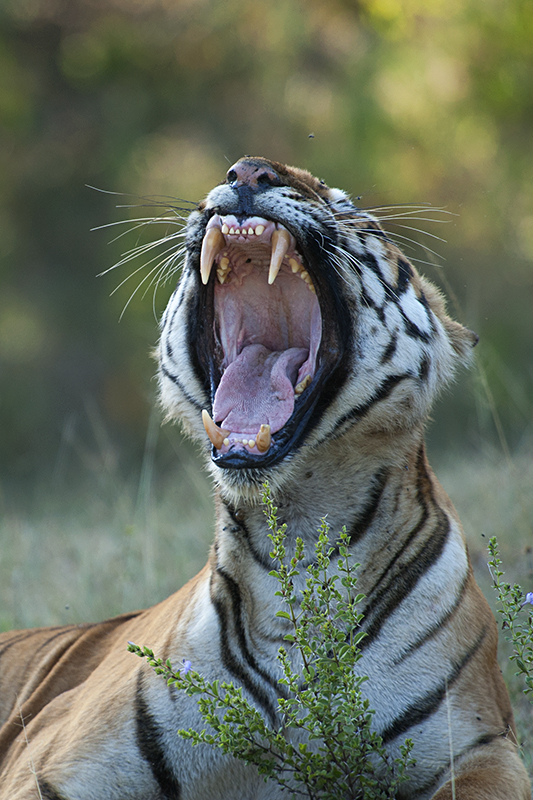 In the picture (above) I captured the massive size of his face, when he yawned. And finally in the last image (below), I wanted to show a different side to him, literally. Not sure how long Prince’s reign will last in Bandipur before he is banished by a younger, more powerful Tiger. However, till then I will be on the look out for him during my trips to Bandipur. 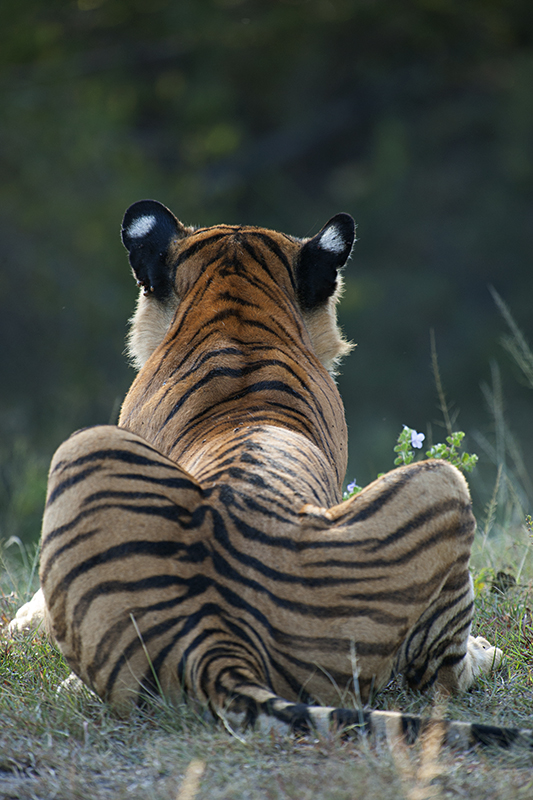