As we drove away from the wetlands towards the shrubs at Little Rann of Kutch, my wife spotted something in the distance against the backdrop of the shrubs and said that it looked like a Hyena. But she wasn’t sure. Our guide took a quick look through his binoculars and confirmed that it was indeed a Striped Hyena. He was quick to add that this was a rare sighting and what makes it even more special is that we spotted it in broad daylight. We took a couple of record shots and tried to get closer to get a good look. 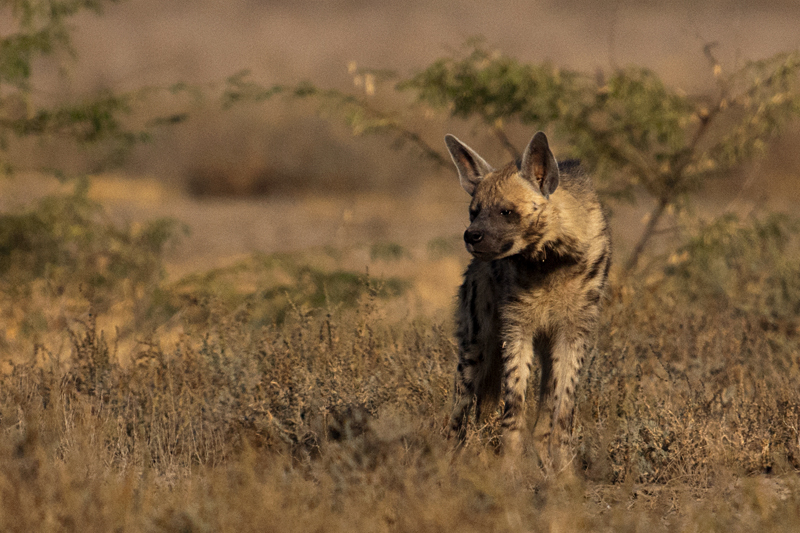 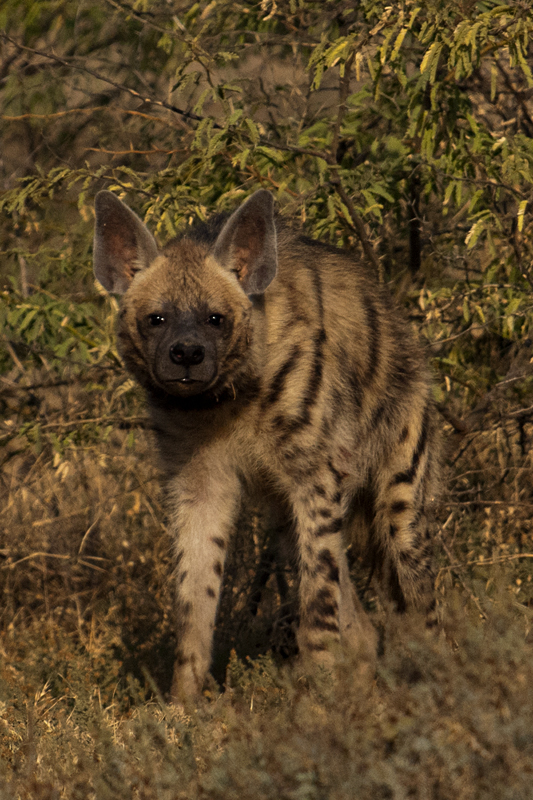 As we got closer, the Striped Hyena spotted us coming towards it and stopped and looked to assess the oncoming threat. And once it realized that we were interested in it, it quickened its steps and tried to use the shrubs to camouflage its run. 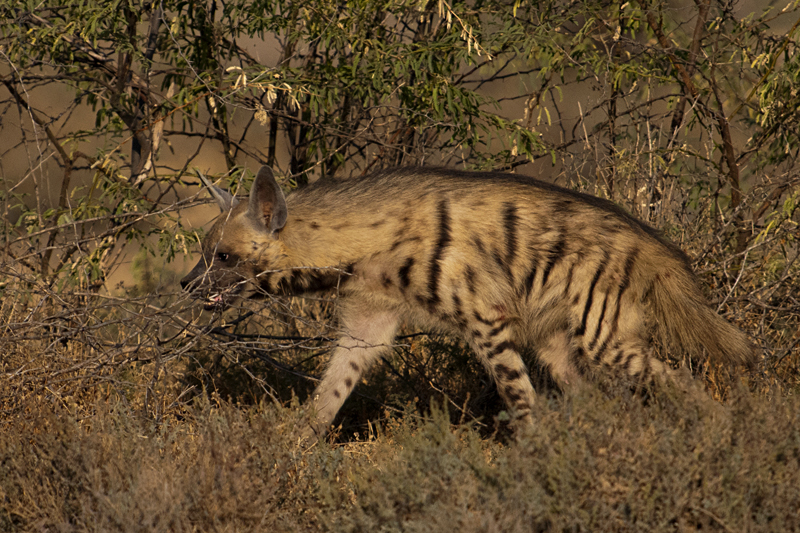 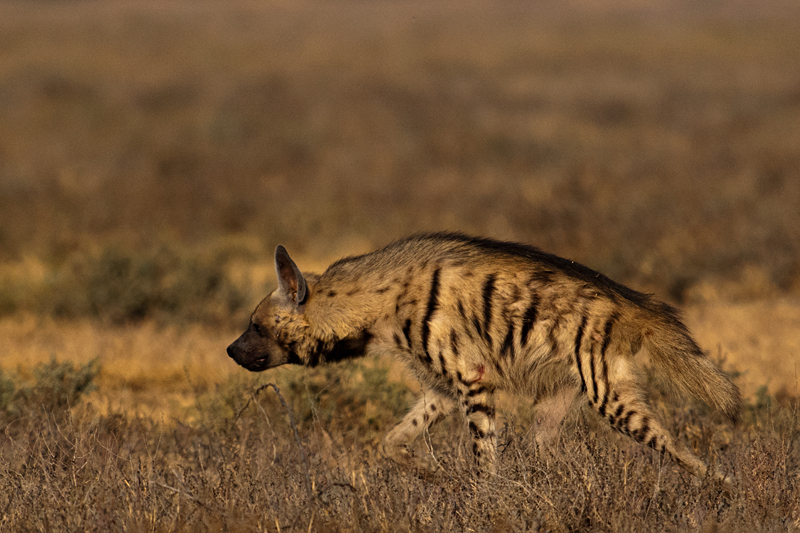 Soon the chase was on, and the Striped Hyena changed direction and retraced its path. We were the only vehicle that was around. But soon another tourist vehicle, saw us stop and quickly changed their direction to where we were. You could see them approaching us at breakneck speed with a trail of dust cloud. The Striped Hyena saw this as well and took off in another direction in an attempt to hide itself. And we let it go. Though we were unable to get many pictures, the overall sighting was fantastic and we were grateful for it. 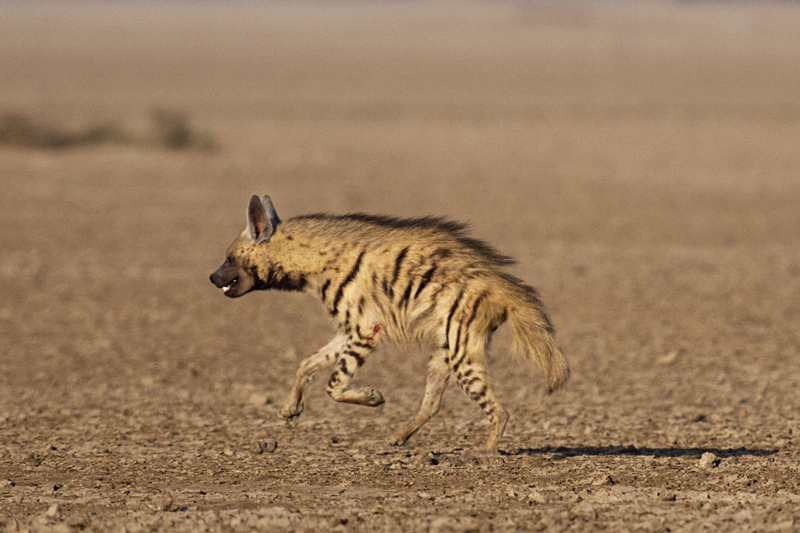